Post-apocalyptic RPG Wasteland Remastered - which just looks a Wasteland remake let's be honest - has bagged itself a release date, so you'll be able to get your hands on it on February 15th. InXile Entertainment’s remaster was announced back in June 2018, and it's essentially a big old re-do of everything from the original 1988 game, with all-new audio and graphics.

To give you an idea of how lovely and new the remaster will look, here's one of the comparison shots they posted a couple of months ago. 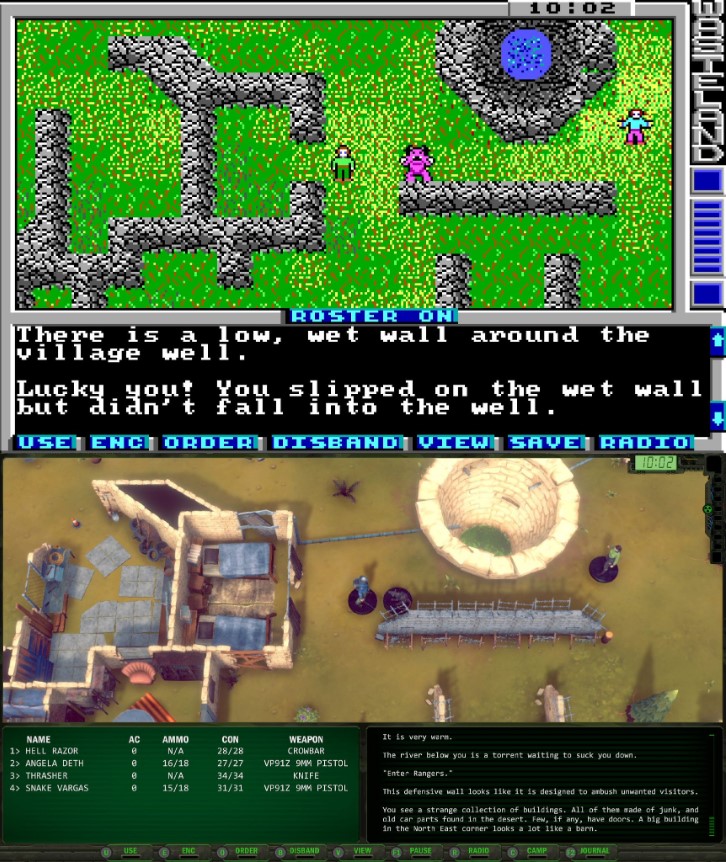 The game is coming at a pretty good time for Wasteland fans too, as Wasteland 3, which we got a glimpse of at E3, releases a couple of months after on May 19th.

Though, I realise this might leave you with a chunk of Wasteland lore missing, so you might as well have a play of Wasteland 2 while you have a couple months in-between 1 and 3. Take a look at Adam's old Wasteland 2 review to see if it's up your alley.

Wasteland Remastered releases on February 25th on Steam, GOG, the Windows Store, and Xbox One (on Game Pass for console). Microsoft bought InXile in 2018.