Listen up, Molyneux, because Epic Games know how to do a cube. Kevin (I don't know who first named the cube Kevin) is pulsating.

Kevin first showed up in season five of Fortnite Battle Royale, when it took to romping about stamping glyphs all over the map. Then it rose up underneath Loot Lake, creating a floating island with a vortex underneath that you can do cool tornado murders in.

Kevin's spent the past couple of weeks revisiting the scenes of its past graffiti-based crimes, and yesterday it started pulsating. The house on that island is also getting increasingly cubified, so my guess is that we're about to see more of the map follow suit.

Being the intrepid explorer I am, I spent this morning getting up close and personal with Kevin. Note that the runes previously adorning its surface have vanished. Have they been... transmitted elsewhere? 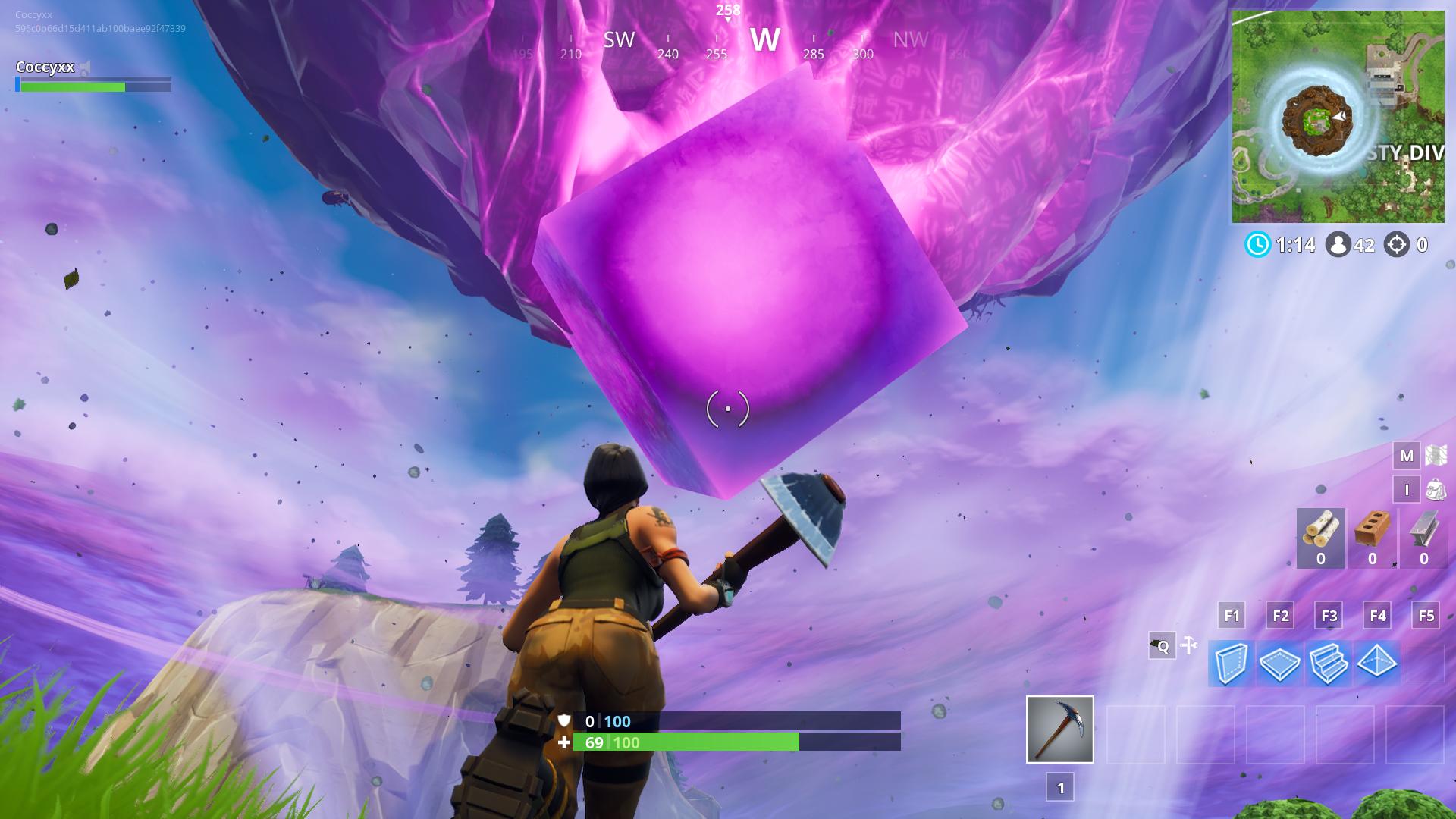 Moving up to the house, you can see blocky purple protrusions enveloping the architecture. This invasion started off at at the bottom, but it's been infecting more and more of the building every time Kevin stops at one of its past haunts. When it pauses it lifts each rune skywards for a day, spaffs some purple lightning at it then plops the terrain back down again. 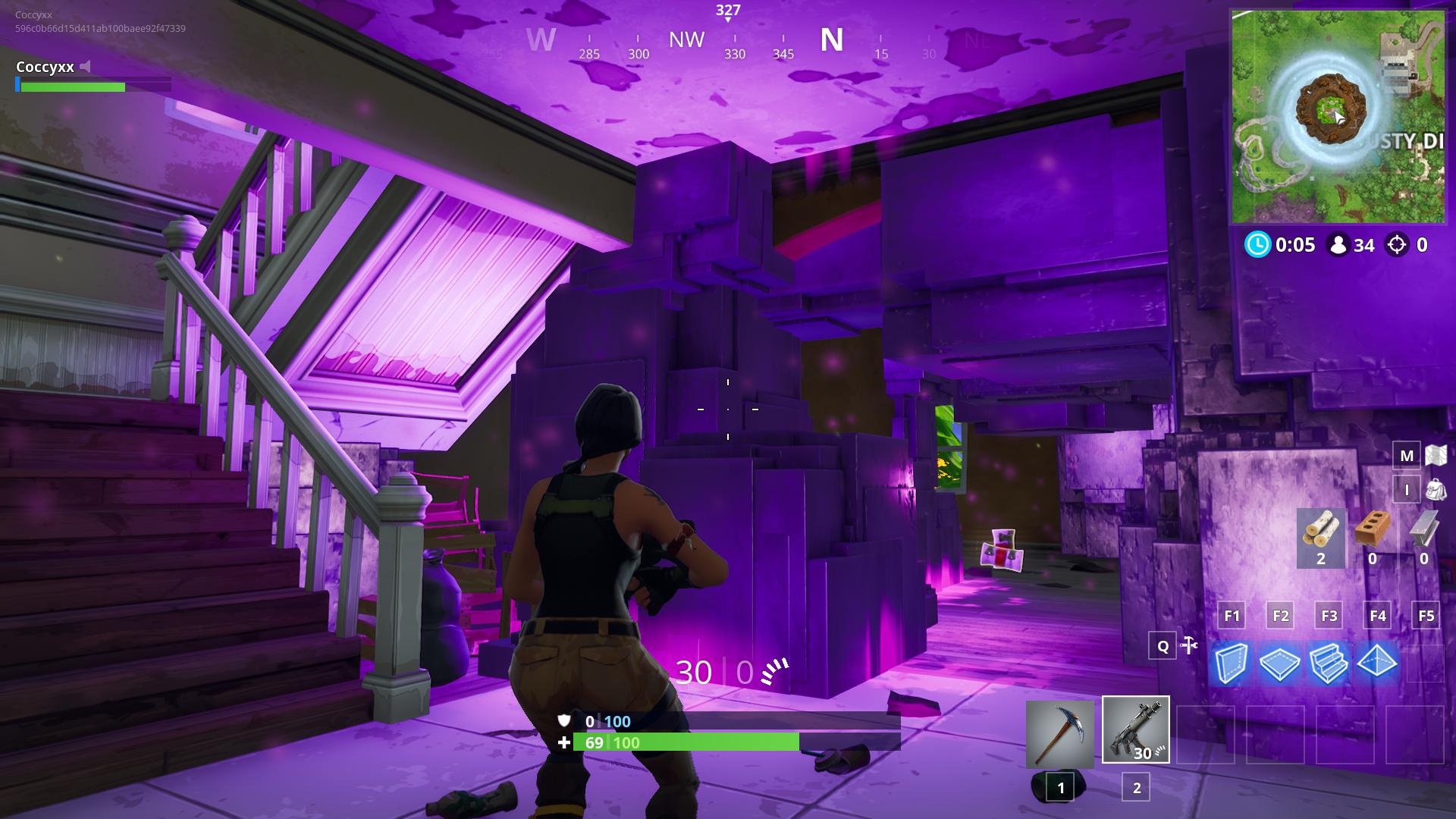 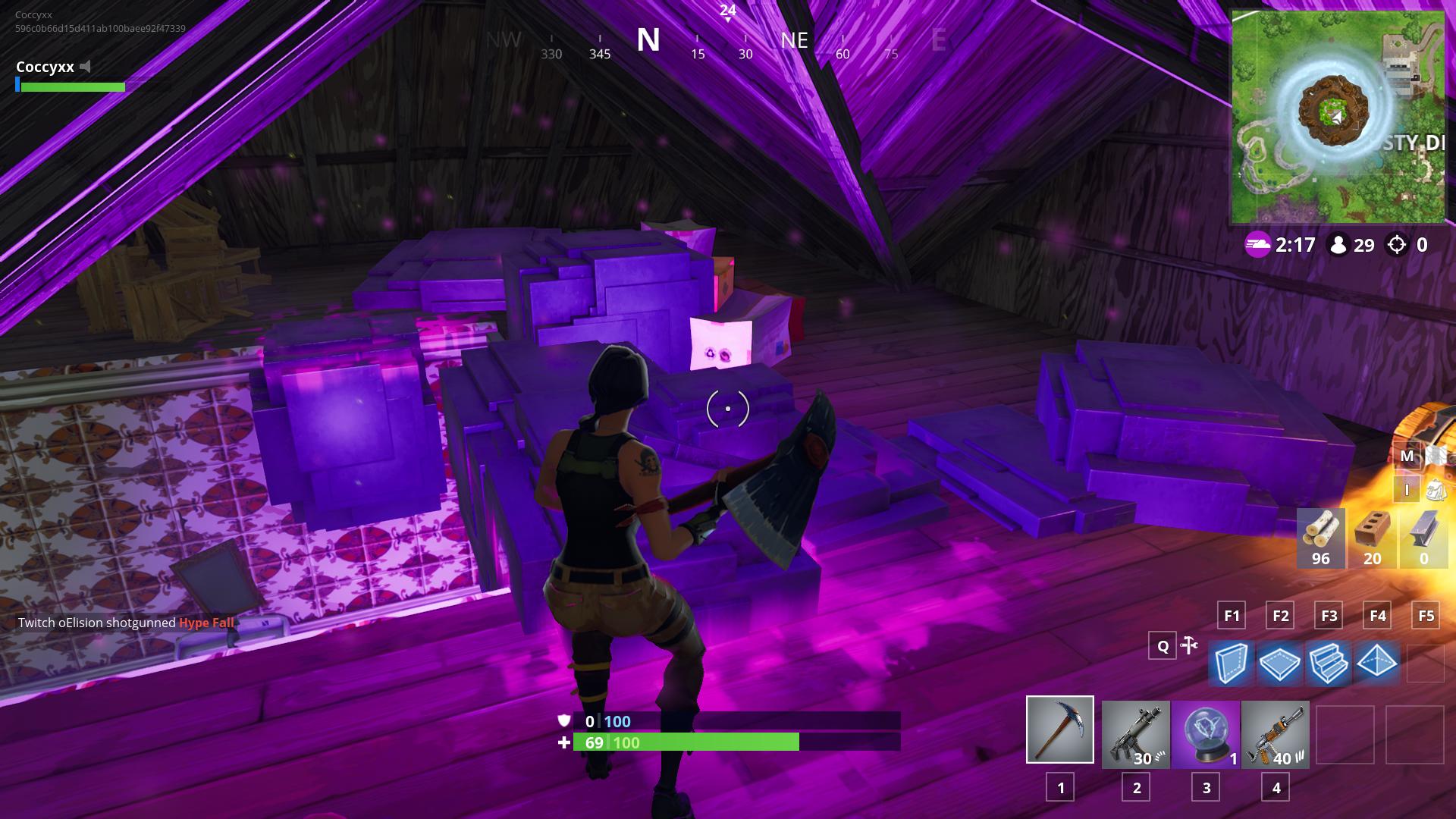 Could this interior decoration be the grasping tendrils of an alien entity, figuring out how to assimilate Earth and every soul upon it? Could this be what "CubeGrowth" refers to, the name of a folder some data miners found last month?

Could Forbe's Paul Tassi be on to something with this scribbling? 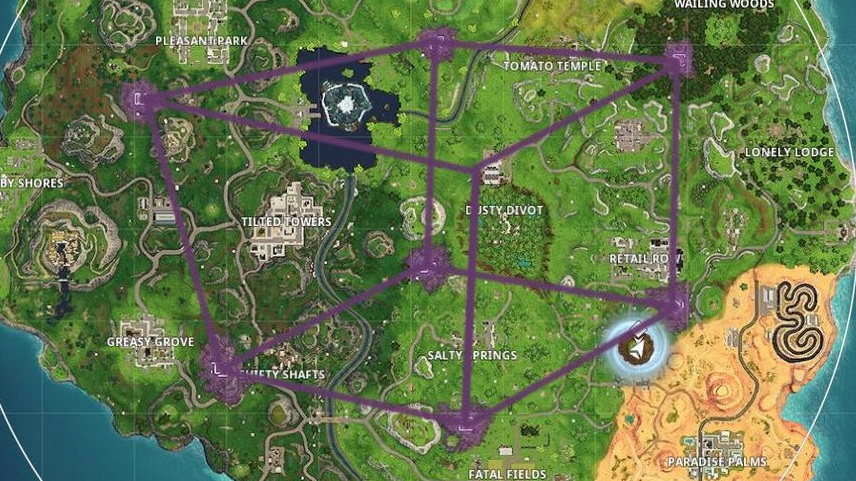 Or is that just a case of cube-formation bias?

Here's a more detailed run-down of Kevin's movements, though Kevin had only re-visited one rune when that was last updated two weeks ago. It's now nearing the final one.

Whatever happens when Kevin reaches the final rune spot near Salty Springs, one thing is sure. We'll be watching.