If you’ve been unlucky enough to stumble across my work on this site, you know that all I play is Call Of Duty: Warzone, and that I campaign tirelessly for what’s right (for the game). I condemned Infinity Ward for removing Armored Royale, a mode in which you look after an armoured truck as if it is your child. It was about as impactful as if I stood at the gates of their HQ, folded my article up into a paper plane, and flung it onto their long driveway.

The new map for Warzone is out now, so today I (metaphorically) return to the front gates of their offices with a new proposal. It’s about time Warzone had a radio station, or like, War Tracks I can actually buy, or even Spotify integration. I have popped my message onto one of those wind up toys that races forwards if you pull back and let go. I’m sure it’ll reach them this time, I can feel it.

Having spent hundreds of hours in Warzone (with The Boys, who else), I’ve found I now take less pleasure in the act of mercilessly slaying my opponents - although I still find it priceless when an enemy’s mic is set to public, so when you finish them off you can hear the clatter of cutlery as their mum calls them for spag bol - and greater joy in cruising Verdansk on four wheels.

Is this what they call mellowing out as you get older? Lately our Warzone sessions have involved blasting DMX’s Ruff Ryder’s Anthem while we potter about and discuss issues like, I don’t know, what if Cyberpunk 2077 had a zoo filled with cybernetic animals, and you had to fight a giant robotic silverback? Crucial stuff, critical stuff; all driven by belters on the airwaves.

I just wish we had more tunes to listen to. Okay, yeah, we’ve got some metal, and some orchestral numbers from previous Call Of Duty games, but there’s basically no back catalogue. This Seasons’ War Tracks were a start, what with a Hip-Hop pack and a Dubstep pack, but we need more. 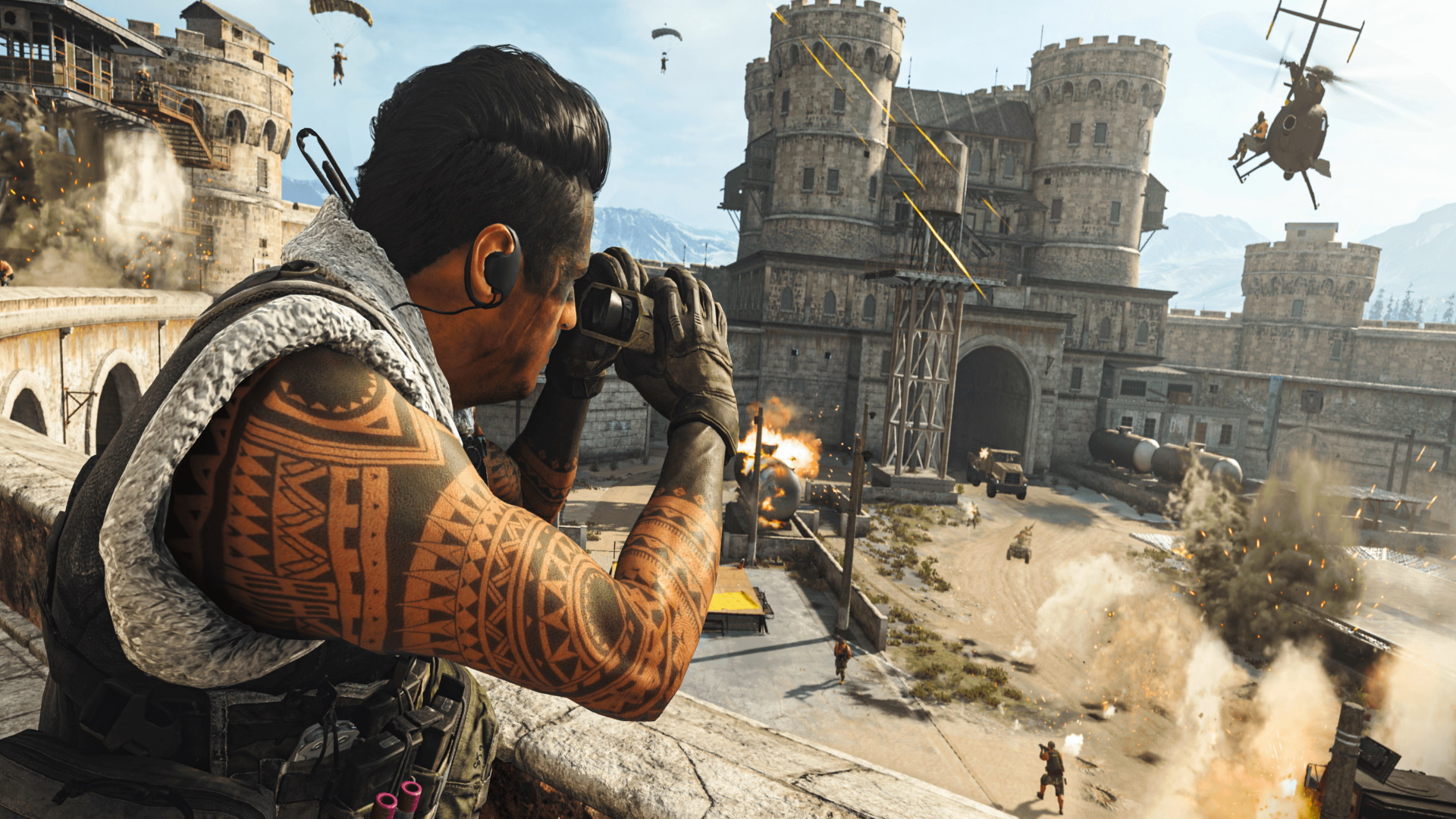 I know all of the suits at Activision HQ recline on their Herman and Millers and mumble about the difficulty of music rights and labels between each bite of their Ferrero Rochers, but this is Call Of Duty, folks. Go to big artists of the moment like, I don’t know, Dua Lipa (she’s in Fifa 21 already, alongside the DJ Snake) and I have faith they’ll want to partner up with one of the most successful series of games of all time. Alright, maybe not everyone would - there are reasons you wouldn't want to, I get that.

But perhaps War Tracks could be a way to discover new music? I’d kill for a way to find relatively unknown or up and coming artists through something that isn’t a generic 'Discover' playlist. And maybe I could link my Spotify account to my Activision account, which would then give me free reign to belt out insufferable tunes from my handful of personal playlists. Even better, how about the scoreboard not only brings up my K/D ratio, but what’s playing too?

When it comes down to it, though, a Warzone radio station is the ultimate dream. I can see it now: the breakfast slots where Captain Price interviews bands, and evening slots where someone called SAM plays non-stop jungle. Hello, Activision? Yeah, get me in the board room lads. I'd pitch it as a way to "enrich" the "vehicular experience", so you're not just driving from point A to B, but stumbling across decent songs or even discussing them with your mates in the backseat.

The future of Warzone isn't in the new maps, or the fighting, but in everyone burning rubber and enjoying music.