Most of the board games I like are exciting. They're about betrayals, surprises, audacious cunning. They're games that weave drama around humans rather than systems, driven more by the delights of psychology than the dryness of systems. They pop because humans, at least when they're onto you, are hard to control - but that can be exhausting. Board games cater for less aggressive competitions, too. I also like games where you sit back, tinker with a system and watch it grow.

They're called engine-building games, and Dota Underlords is a pretty good one.

If you’re thinking about literal engines, stop it. Think about the jewellery empires of Splendor, or the planets and space stations that turn bounty into booty in Race For The Galaxy. Think more abstractly, about machinery where X lets you do Y that accomplishes Z: puzzle pieces that slot together in dozens of different ways, where some parts lean on others, and power begets power. 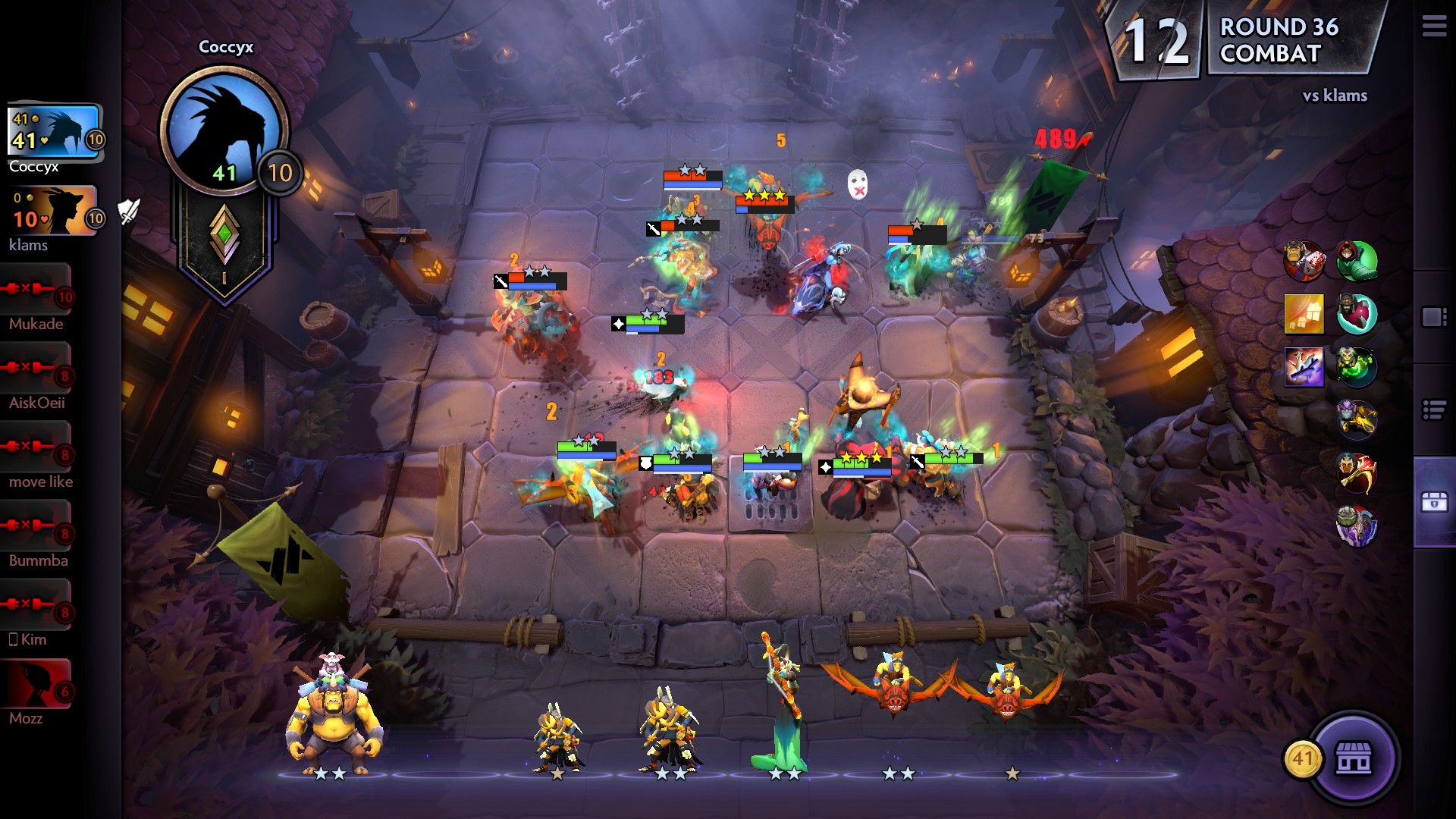 In Dunderlords, that engine is your army. Your task is to figure out a composition, then compromise on it. You're buying heroes from a shop with limited funds, balancing an incentive to spend against a need not to die. It's a series of small decisions with consequences that flutter towards an end-game, and that's an arc I'm well familiar with.

There's more conflict on my screen than I'd get with an engine built from cardboard, but board games and Dunderlords still speak the same language. They make me scratch the same spot on my chin. I'm focusing on the same kind of lonesome tinkering, spiced by my interactions with others. 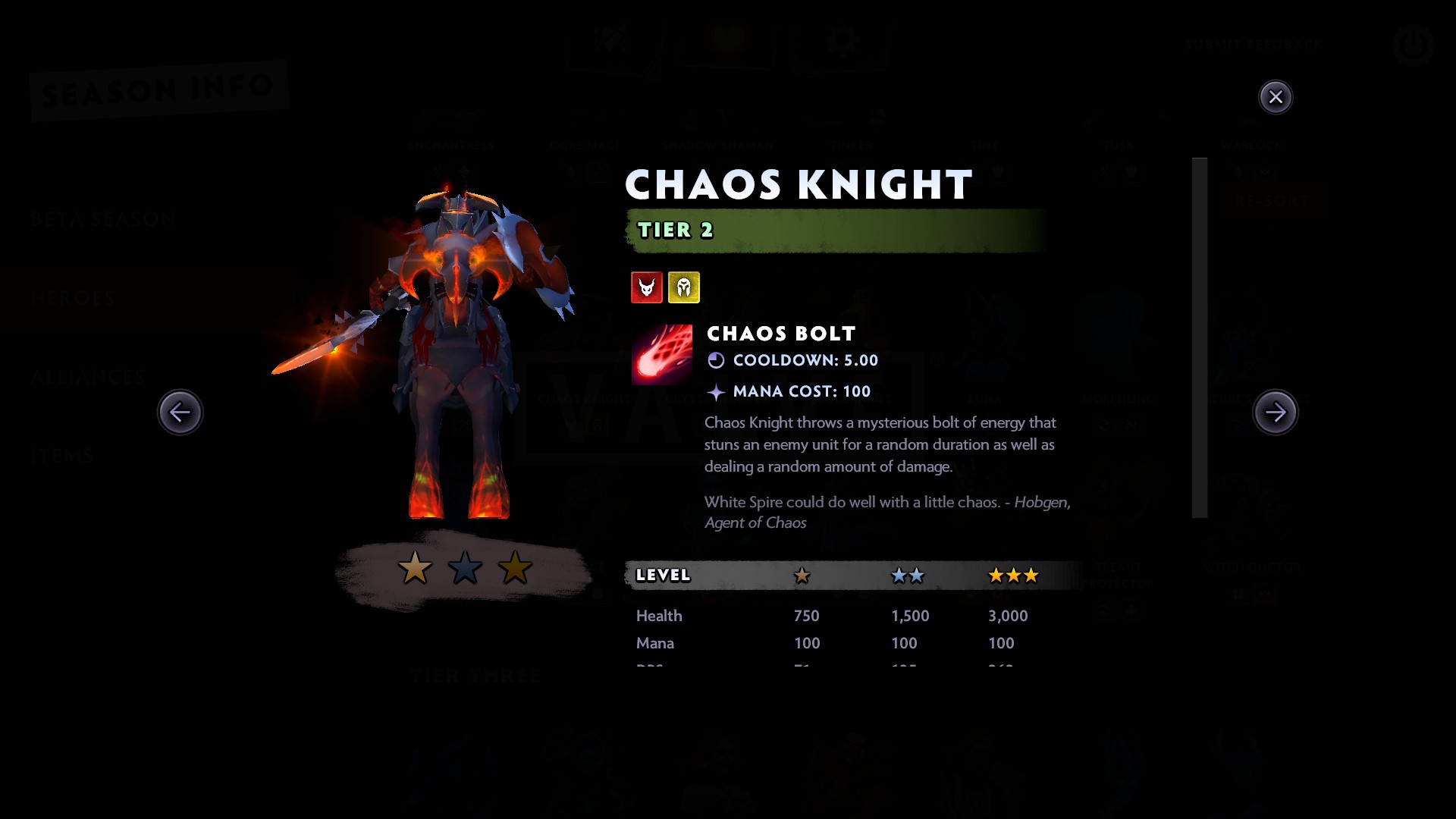 It's more rigid, as videogames tend to be. The pace is predetermined: experience tots up, presents are handed out, and one of the other seven players is bound to start looming over the rest of the pack. That still fits, though. Engine-building games are often about figuring out what you can get away with, about weighing up your long-term goals against those of the chump who's aiming to win ten minutes before you.

The problem with Dunderlords is that you have to commit so early. The game too soon becomes about watching pieces click into place rather than agonising over where to put them. Early commitments tie you to a path, and with enough experience decisions feel rote rather than engaging. 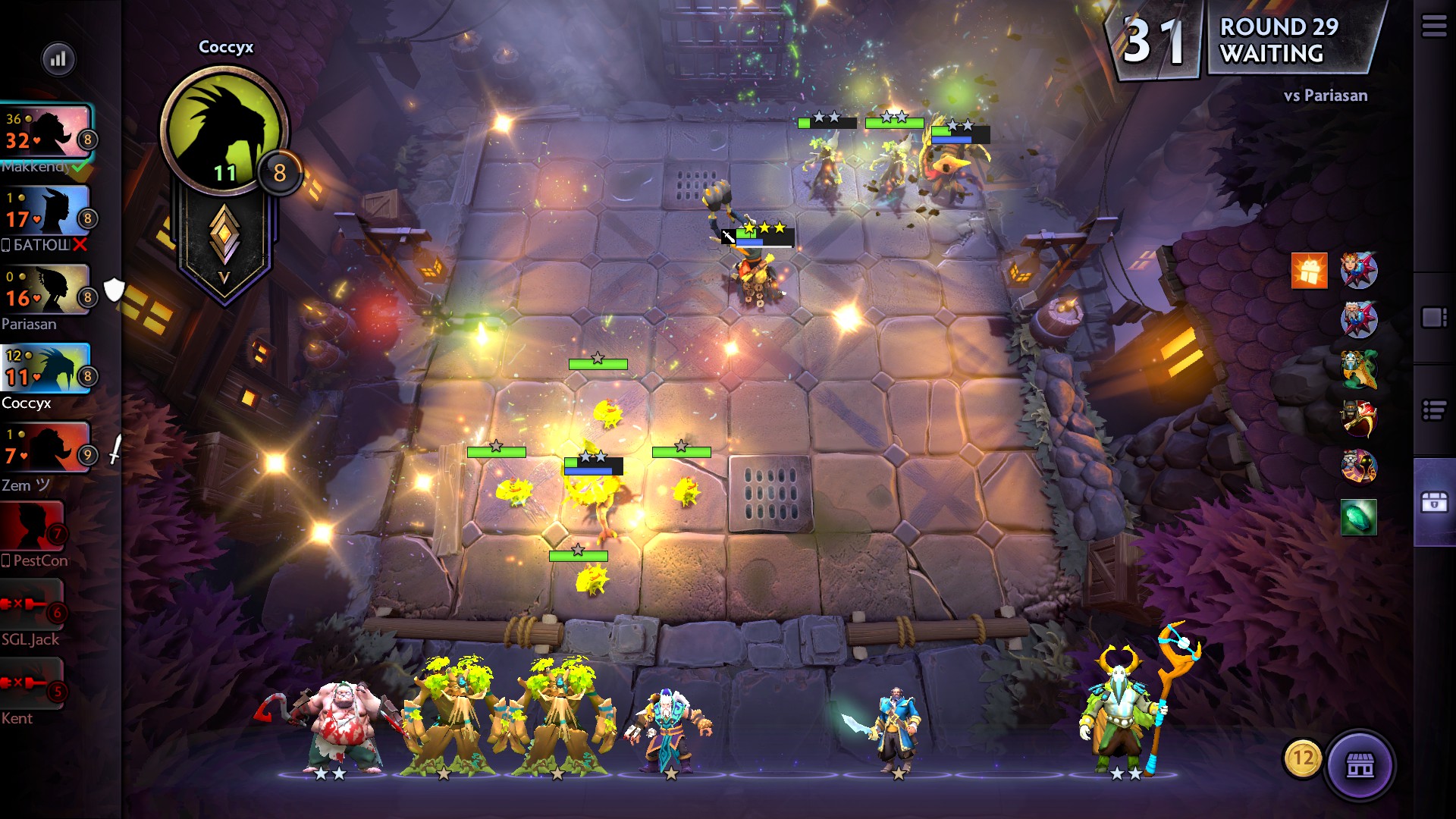 I'm not sure if it's more luck-based than many of the other board games I like, because there aren't many board games I've played for twenty hours. I've played the digitised version of Race For The Galaxy for around that long though, and at this point it's more playbook than game. Still, though. There's the real important bit I haven't mentioned.

Those are both lonely bedroom time-sinks. Fit for purpose, not replacement. Engine-building games may not carry the spark of direct head to head conflict, but humans are more than opponents. They're companions, and remote internet stand-ins usually fall down.