In this guide, we'll break down the best ways to make money fast in Yakuza: Like a Dragon. We'll also list some quests that you can complete to make money early in the game, if you're in need of a quick cash injection in the opening hours.

Best ways to make money fast in Yakuza: Like A Dragon

Making sure you have plenty of money is really important in Yakuza Like a Dragon. You'll need it to buy battle items, complete certain side quests, and more. That's why we've listed the best ways to make money below.

Defeat enemies in battle and you'll always receive some Yen. Sometimes it's a fair amount, sometimes it's not too much. But as Tesco (supermarket chain in the UK, for you US folk) says, "Every little helps". Early on in the game you won't receive a great deal, but as you start levelling up, you'll encounter higher level enemies who'll drop more Yen if you knock them to the ground.

You'll automatically learn how to do this during Chapter 3, and it's basically rooting around the underside of vending machines for anything - literally anything. Often you won't find much, but occasionally you'll bag yourself a Bronze Plate, an Iron Plate or something more valuable. You can sell these for a nice bit of Yen at the pawn shop, which I get into just below. 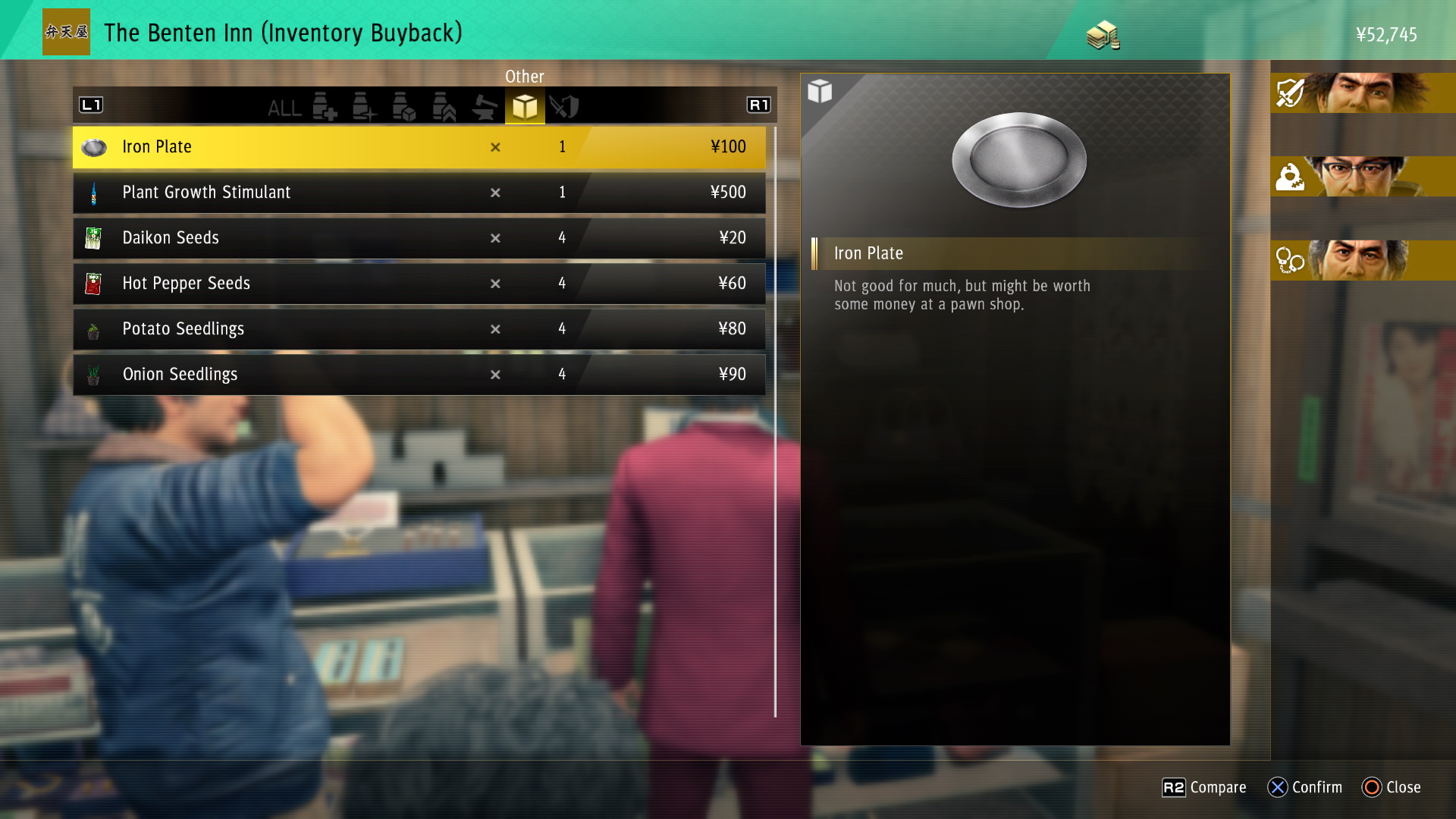 Sell spare items that you find

Yakuza: Like A Dragon's filled with items, many of which you probably won't need. This rings especially true as you start outlevelling the gear you've got equipped. If this is the case, make sure you sell it at Benten Pawn, which is located on Misaki Street in Yokohama.

Oh, and sometimes you'll find Bronze, Iron, Platinum, or Diamond Plates while out helping the citizens of Yokohama or while scrounging for scraps underneath a vending machine. Again, make sure you sell these at the pawn shop too. As you'd expect, Bronze and Iron won't net you much, but the latter can fetch thousands of Yen!

It's worth noting that you'll need to unlock Benten Pawn, but you can do this as soon as you're able to roam around Yokohama in Chapter 3. Head to the substory marker on Misaki Street and wander up to the large pile of garbage to kickstart 'Substory 4: One Man's Trash.' >Complete this substory and you'll unlock the all-important pawn shop.

Become manager of the year

Near the end of Chapter 5 you'll unlock the business management mini-game. It's quite a complex beast that has you running businesses, recruiting staff, and getting stuck into heated shareholder meetings.

Don't pass this mini-game up! Make sure you invest time into training your staff, picking the right businesses to invest in, and later down the line you'll be making millions of Yen very, very fast indeed.

Be a Part Time Hero

You'll automatically meet Hiro, the owner of Part Time Hero at the start of Chapter 5. He'll task you with a bunch of fetch quests which require you to tick off things like "beat X enemies", "find X items", and so on. Many of them you'll complete naturally as you play the game, but some of them are worth tackling straight away for decent monetary gains. We're talking tens of thousands of Yen at a time, for fairly easy work.

Part Time Hero plays an important role for making millions of Yen early on. I'll get into this in the sections below.

If you manage to accrue 3 million Yen by Chapter 12, fantastic, this is exactly what you'll need to unlock the Arena. It's as you'd expect, a gauntlet filled with waves of increasingly difficult enemies. You'll work your way up multiple floors, with each floor granting you some seriously powerful gear and valuable loot. Plus, money! Keep grinding the arena and you'll not only earn plenty of XP, but lots of Yen too.

If you're struggling to make ends meet early into Yakuza: Like A Dragon's story, then fear not, because I've popped some quests down below which you should complete as soon as you can.

Once you've hit Chapter 4 of the story, keep an eye out for a substory marker very close to Otohime Land, somewhere you'll need to go for the main story. It'll involve getting hot water for a bloke clutching baby's milk.

I won't go any further into spoiler territory, but complete this quest and it'll net you a cool 20,000 Yen which is a pretty big deal early on as it'll at least help you buy some new gear. 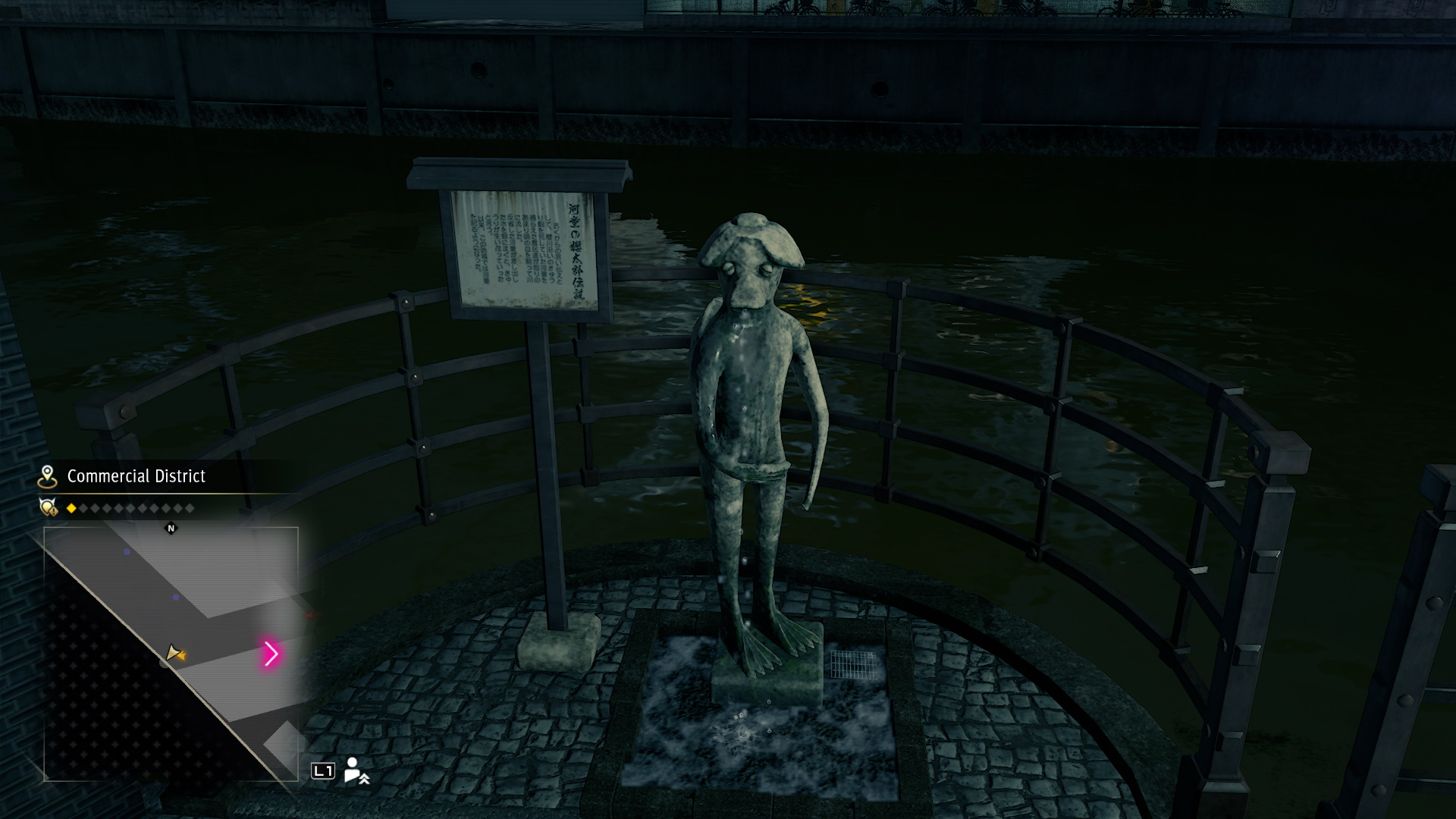 Find all the Kappa Statues

For one of the Part Time Hero quests you'll need to track down ten Kappa statues scattered around Yokohama. They look like humanoid frogs with lily pads on their heads. I've put together a guide on where to find all ten Kappa statues, and if you manage to tick them all off you'll net yourself a lovely 2 million yen. It's worth bearing in mind that you'll only unlock this quest during Chapter 5 of the story.

Find all of Hiro's missing cats

Around midway through Chapter 5 Hiro from Part Time Hero will task you with finding his cats which have gone missing. Complete this quest and you'll earn another 2 million yen - beautiful (among a few other bits and pieces as well). Make sure you have a gander at my cat locations guide if you want to track them all down with minimal fuss.

That wraps up how to make money fast in Yakuza: Like a Dragon, but there's plenty more to do while roaming around Yokohama. If you want to put that money to good use, check out our guide on how to enter a relationship with every romance option in Yakuza: Like a Dragon. There are also plenty of side activities you can enjoy, including catching bugs, gardening, and crafting at your workshop.