It may come as a surprise, but in Yakuza: Like A Dragon there are opportunities to build romantic relationships with several characters. I say this as it’s hinted at but never really explained in depth at all. Below I’ll break down how romance works in the game and who you’re able to romance.

Here’s how romance works in Yakuza: Like A Dragon.

How does romance work in Yakuza: Like A Dragon?

Romance isn’t made abundantly clear in Yakuza: Like A Dragon, but rest assured, it’s there folks. As you progress through the story you’ll encounter a number of female NPCs who you can choose to speak to outside of their usual occupations.

For example, there’s Sumire at the Romance Workshop who’ll be your go-to for switching Jobs. However, every time you talk to her there’s an option to simply “Chat with Sumire”. This is essentially the romance-building option that’ll allow you to build a relationship with them over the course of the game. 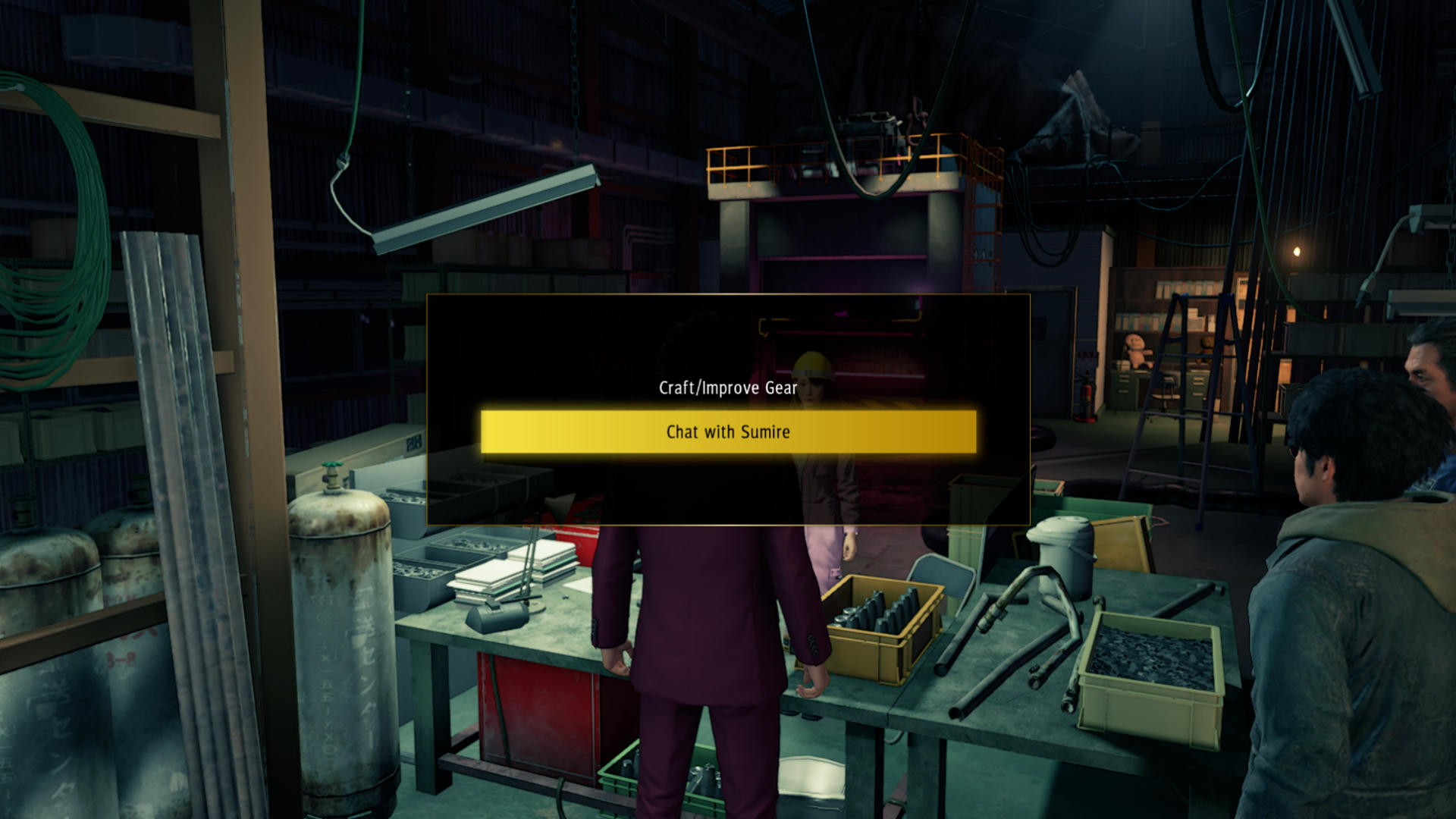 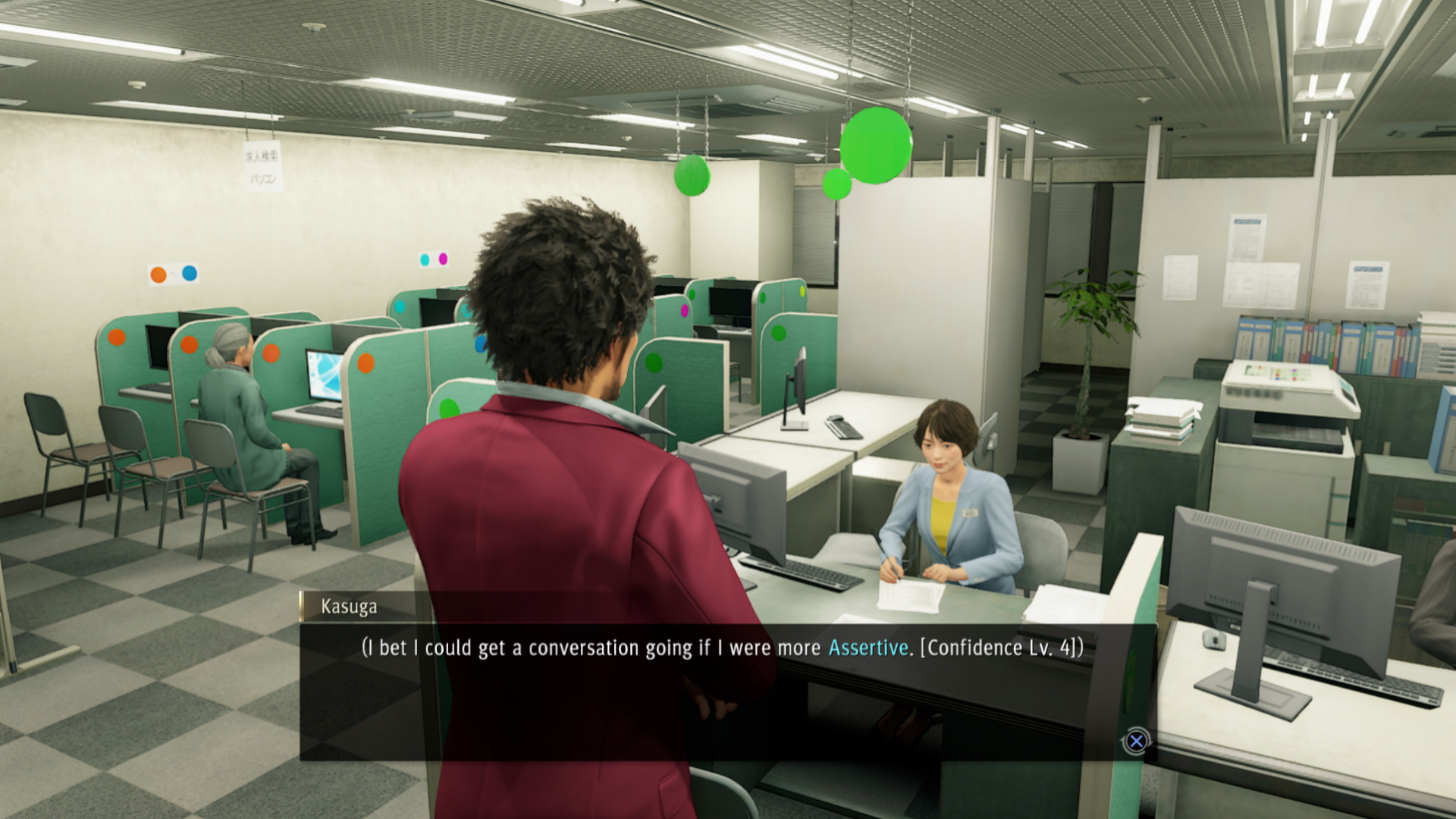 As you chat with these NPCs you’ll improve your relationship with them by giving them gifts. Different characters want different gifts, so you’ll need to judge what they’d like, find something, then hope they respond well.

You can find gifts scattered around the world, in shops, and by crafting them with the help of the Survive Barkeep. 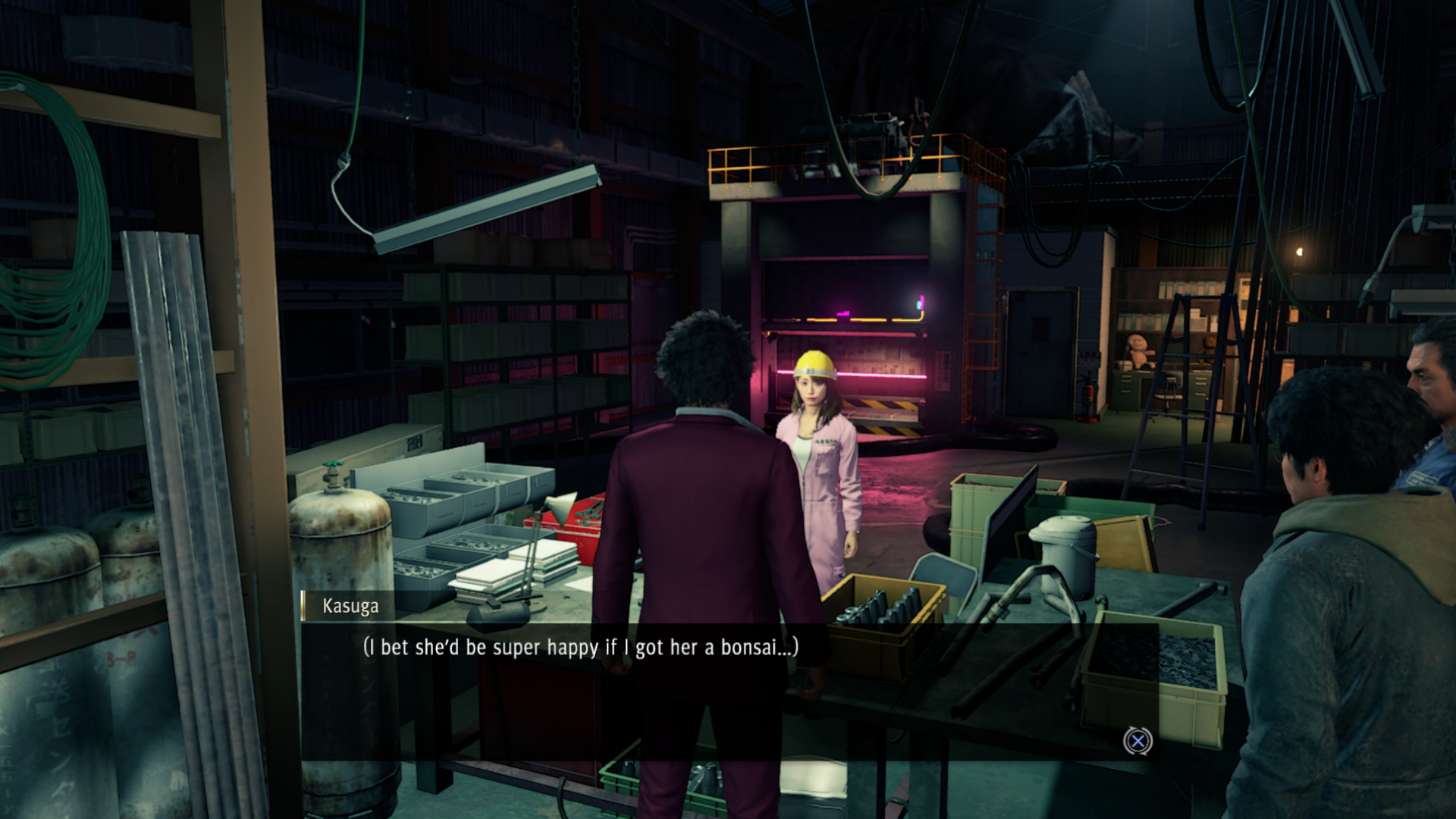 Once you’ve handed them a few gifts and they’ve responded well, you’ll need to raise your personality stats to unlock new tiers of romance. Unfortunately this isn’t as exciting as it sounds. It basically means - more gifts, yay.

When you’ve finally handed them a bunch of gifts they like, you’ll max out their relationship meter and you can officially enter a romantic relationship with them.

Can you romance multiple people?

Yes, absolutely. But, I wouldn’t recommend it. Later down the line all those you’ve been romancing will know you’ve been doing them dirty and not be best pleased. You’ll lose all of the stat boosts you gained and all your hard wooing work will have been for nought. 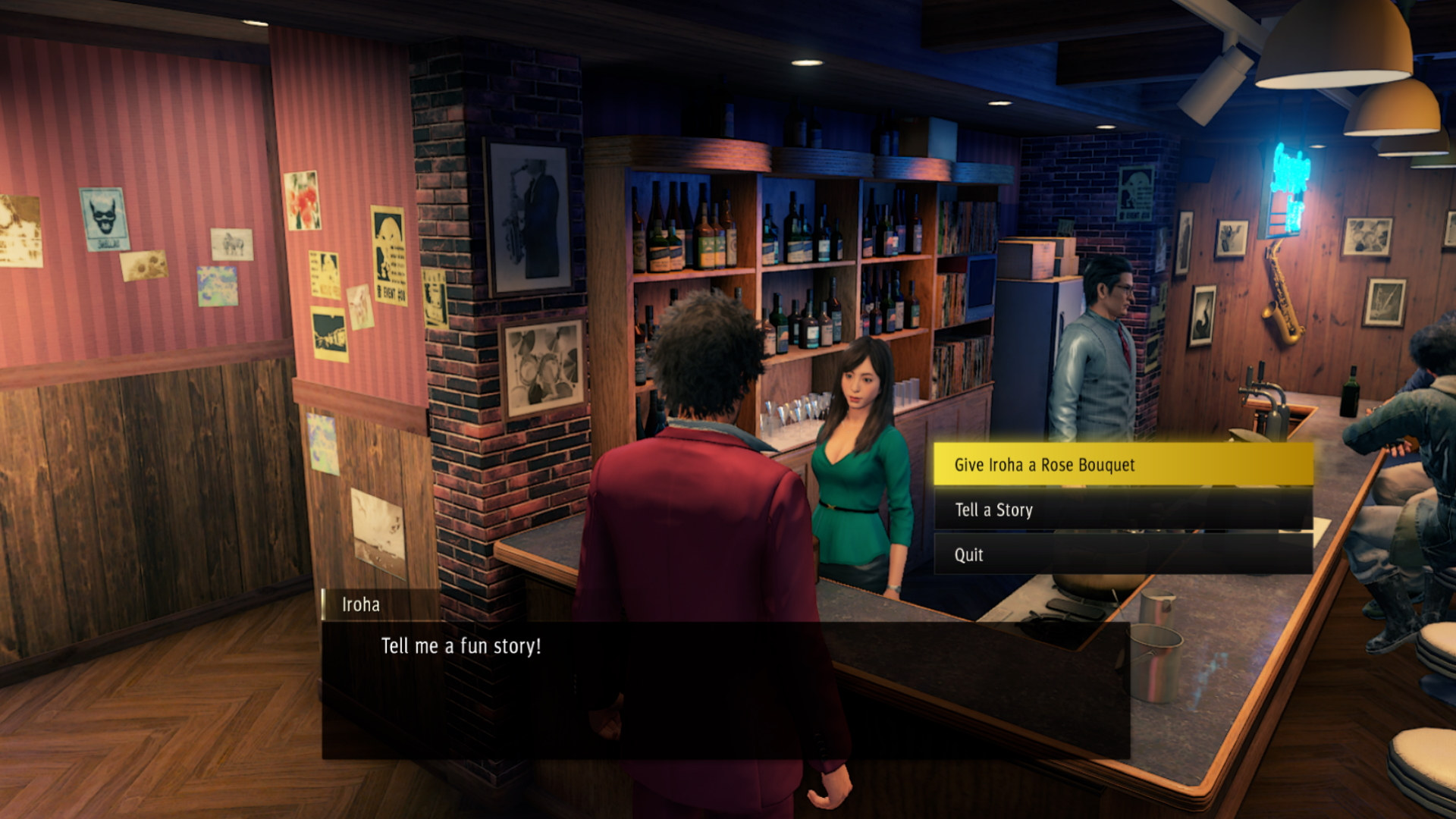 From what I've played so far, you can romance:

What do you get for being in a romantic relationship?

Enter into a romantic relationship with someone and you'll gain special stat boosts. These will increase your status effect resistances, boost your attack, and more.