After a few years back in dry-dock, Tales Of Monkey Island has returned to the open sea. Following Telltale Games' infamous scuttling back in 2018, many of the story-driven studio's works were taken off sale - going down with the ship, if you'll pardon. Slowly, tales of shamblers and caped crusaders have resurfaced, and now Guybrush Threepwood's 3D follow-up has found its way back onto Steam and GOG.

Tales Of Monkey Island was one of the many adventure games brought down when Telltale Games abruptly imploded two years ago, laying off most of their staff before closing entirely. While owners of games like Monkey Island, Back To The Future: The Game or the brilliant Tales From The Borderlands could still download and play them, the developers' catalogue was unceremoniously removed from sale. 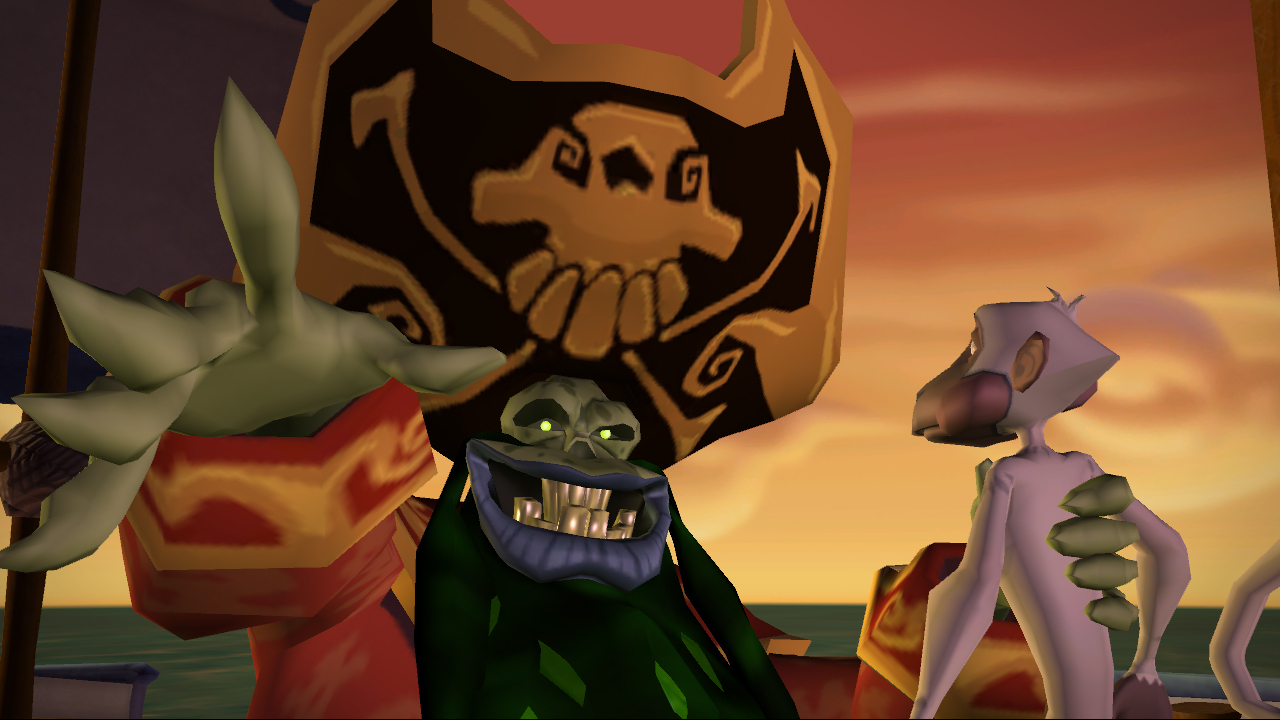 In time, some of these would come back. The Walking Dead got a definitive rerelease last year, and a shambling corpse resembling Telltale rose last year to try and bring back some of their older games. They'd even like to make new ones like The Wolf Among Us 2 - though with much of the talent behind that studio now scattered to the winds, that's very much a wait and see sitch.

Still! Tales Of Monkey Island is back, with the complete 5-part series back on sale under publishers Athlon Games. As I understand, it was a pretty divisive thing - handing one of the best-known Lucasarts point-n-clicks to newcomers Telltale, popping Threepwood into 3D. From looking at some truly ancient posts on the site, it also seems Telltale hadn't quite sorted out this episodic pricing lark, either.

But the important this is that it's back on sale, something that still sadly can't be said for much of Telltale's catalogue. Tales Of Monkey Island is currently 50% off over on Steam and GOG for £7.74 / €8.39 / $9.99, with GOG being a little pricier in Euros and Pounds. Don't ask me why.