It's been a while since I played early access medieval city-builder Foundation (shamed by the unintentional yet embarrassingly forced starvation of my villagers). January brought with it v1.5, probably one of the most substantial updates yet. Increased strain has been put upon my villagers and their supply chains, but I still find it one of the most relaxing city-builders I've ever played - surely worth exploring if you're feeling a bit anxious these days.

Importantly, 1.5 introduced hop farming and beer brewing to the game, which, in a spirit of benevolence (and also hoping we can all forget the whole bread thing) I am making provision for post haste.

If you want to see Foundation in action, VidBud Alice L. did a little video on it last year, but it's come on a lot more since then.

It's fair to say that my town building efforts are pretty amateurish compared to the grand municipalities you can see on the game's Steam Community hub. I think one day I will start again, using everything I have learned tooling around here. I have seen one user, for example, make mention of having 40 fisheries, which seems nothing short of ludicrous to me when I survey my own, disorganised streets. But this ridiculous town will always have a place in my heart.

Somewhat unfairly, in my view, almost all my bread surplus has been wiped out by hungry hungry citizens, so they all became hungry again. Running a human settlement is like being put in charge of a vast sarlacc pit into which you must constantly toss food, for it is never sated, and if it becomes hungry enough it will turn on you in towering fury. From the parents I know, I understand this is also similar to the custodianship of a child. Luckily, I had already expanded my cheese supply lines - although a 100% cheese diet is, whilst theoretically the dream, probably best avoided in actuality.

It seems I have massively underestimated the amount of stuff people will consume, which means that my town is accidentally operating on just-in-time manufacturing and supply. My strategy at this point is to incrementally increase the supply lines for clothing production and zone for more housing, so I get more workers to man more supply lines, etc. etc. 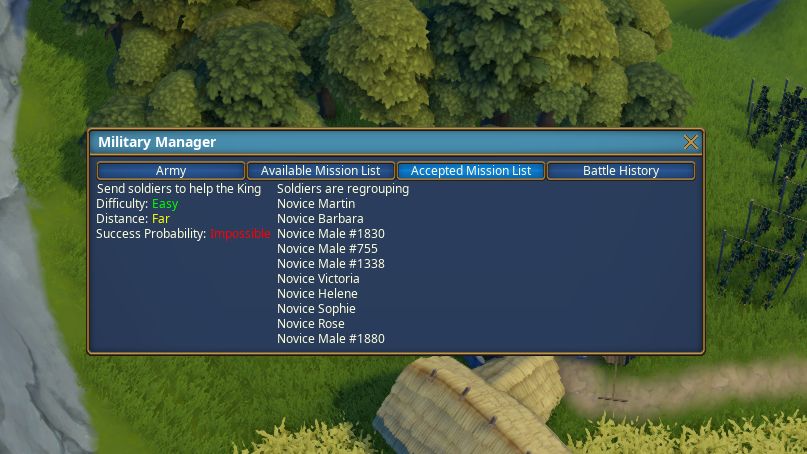 Another big addition in the new update was more organised war. You can now take on quests and send numbers of soldiers out to undertake them. I sent out all of mine, for the laugh, like, on an easy mission that nevertheless had an impossible rating of success. 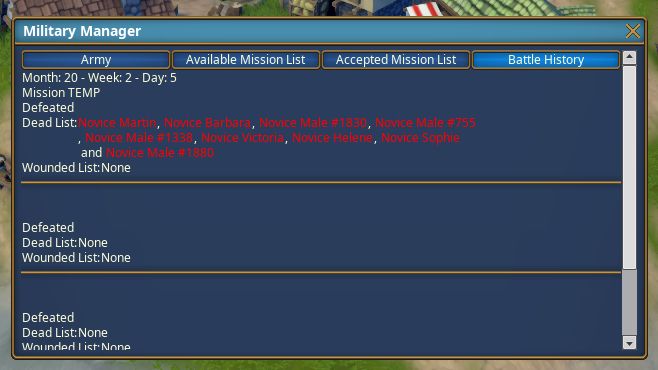 It's not all bad, though. Loads of my citizens have upgraded their homes to be properly roofed houses rather than thatched cottages, and despite my disastrous leadership most people are happy. We've also finished the big church!

Look at it there, with its single majestic gargoyle. 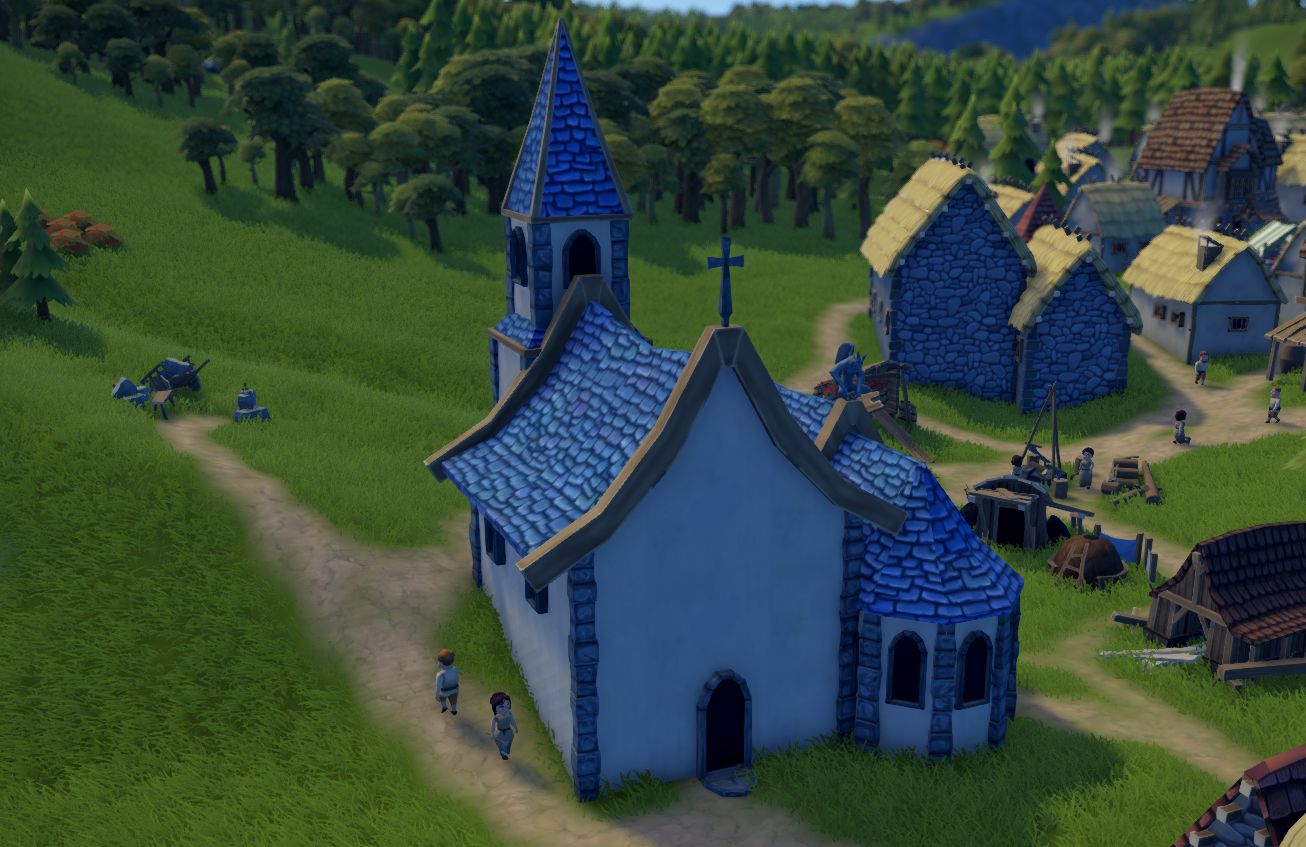 I also plonked down an iron mine, so we have our own ore now. With a bit of finessing the supply line, I'll only have to buy in coal to make tools, rather than the finished tools themselves, which will really cut down on my costs. 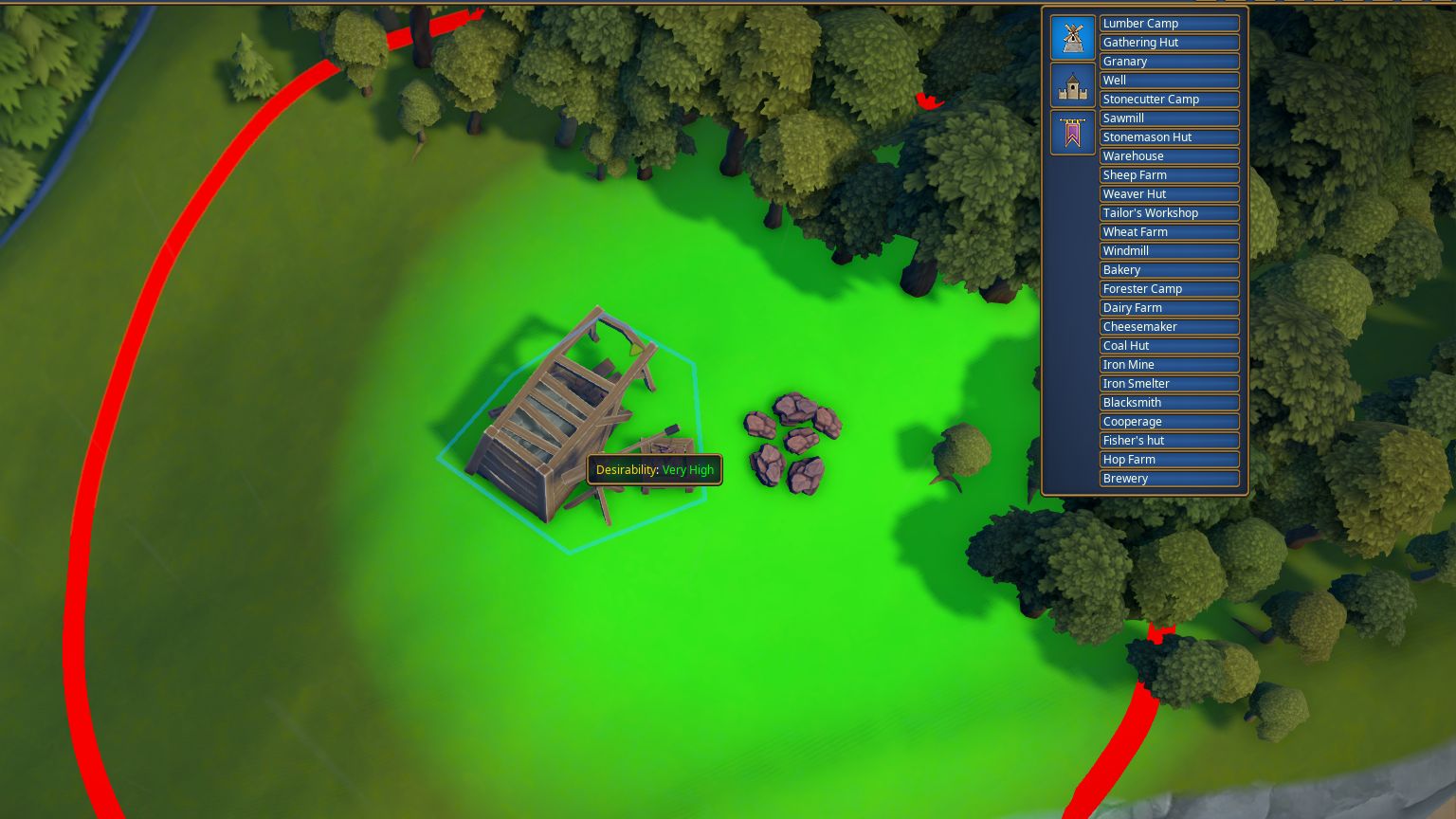 Honestly, v1.5 has made now the best time to get into Foundation. The UI and menus are so much better and user friendly than they were at the start, and though things like war and resource management are harder than they used to be, they're still sort of… optional. I can send soldiers to help with a fight in other lands, but I don't have people invading my borders. I can keep my town small and perfectly formed if I want. It's still just lovely and relaxing and natural, like watching a beehive that I'm in control of.

In this case there are a couple of taxation bees going around shaking down everyone else for pollen, but such is the cycle of living in a society. I can only hope that v1.6 doesn't bring any kind of virology model, because then my town is fucked.

I have to say, though, that my favourite part of v1.5 is that now, when you've stockpiled a resource, it gets a little WARNING sign next to it, which I presume is entirely my fault.