It looks like the next American Truck Simulator expansion will go even deeper into the lands I long for, into the trees and mountains of Washington state. WA! Land of Twin Peaks. WA! Birthplace of riot grrrl. WA! Home of Frasier Crane. WA! Where Valve are. WA! With that nice Twitter account saying if Mount Rainier is visible from Seattle. WA! Where rain is good. SCS Software haven't formally confirmed Washington is the next state coming to their haul 'em up as DLC, but from the teasing screenshots they shared today it sure looks like it. WA! We may lose Alec to the woods around Snoqualmie Falls.

Given that SCS are adding states connected to existent states, and this isn't some horrible desert hell, Washington seems most likely. But the giveaway in today's post, or so the truckerati say, is this screenshot of a ferry terminal. Some say it looks like Coupeville Ferry Dock, which holds up from what I can see in photos online.

WA! With ferries and water. 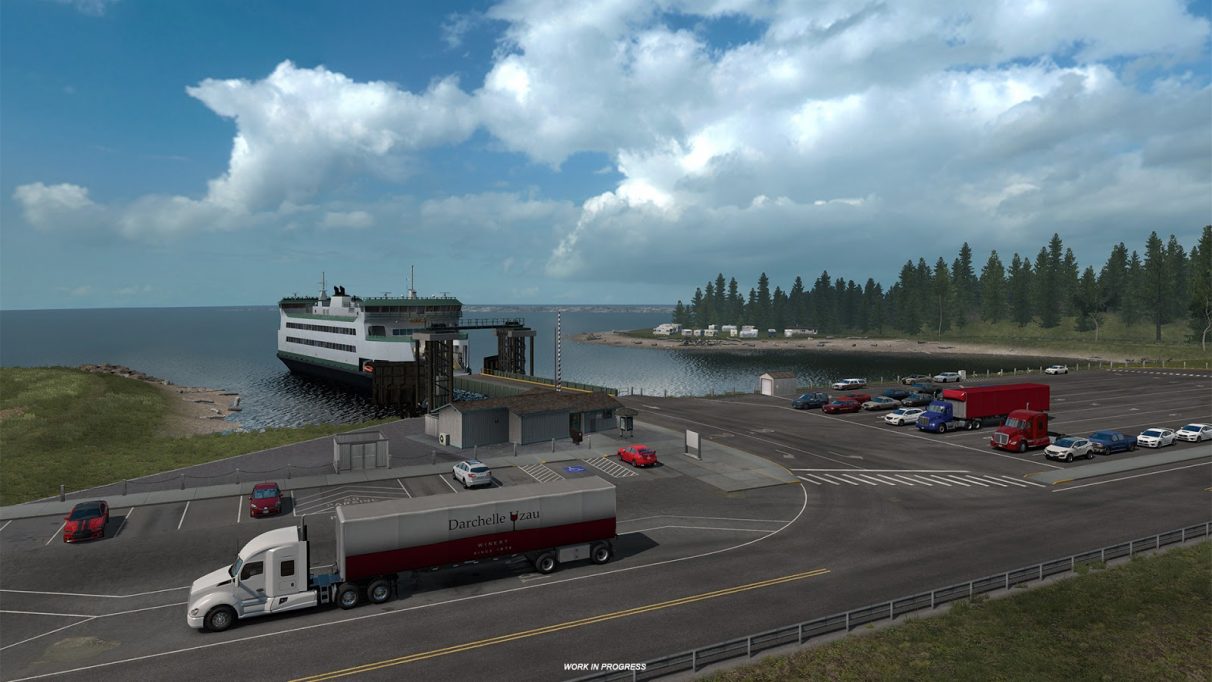 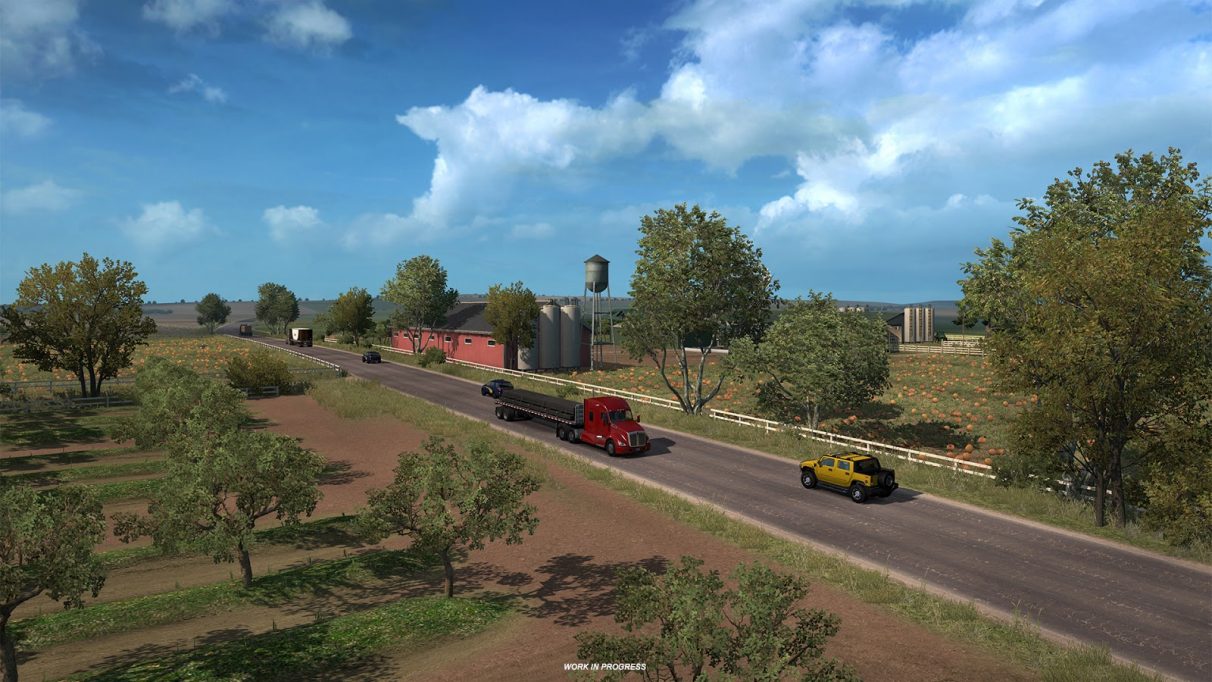 WA! With the disembowelled corpse of a former colleague. 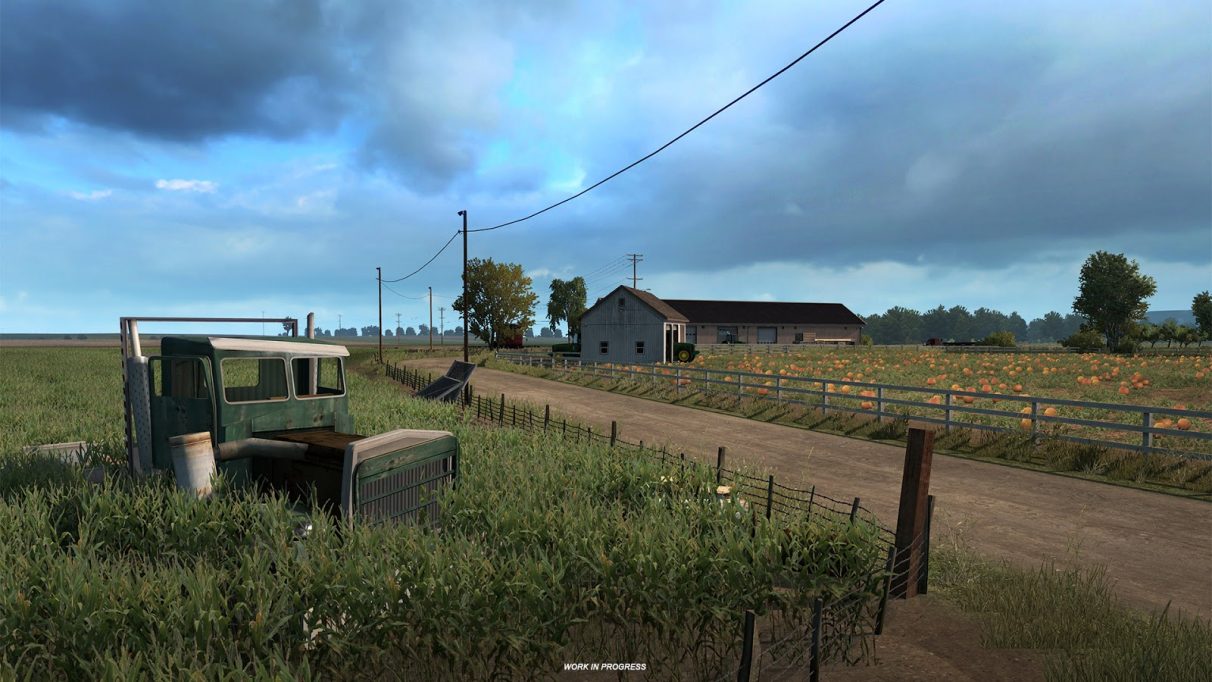 I will be very surprised if this state turns out to be Utah. I know SCS were getting a second DLC team up and running so one could expand northwards while the other went eastwards, so presumably the Beehive State can't be too far away, though off the top of my head I'm not entirely sure what happened to that plan.

This deeply mysterious new expansion is due to launch some time this year.