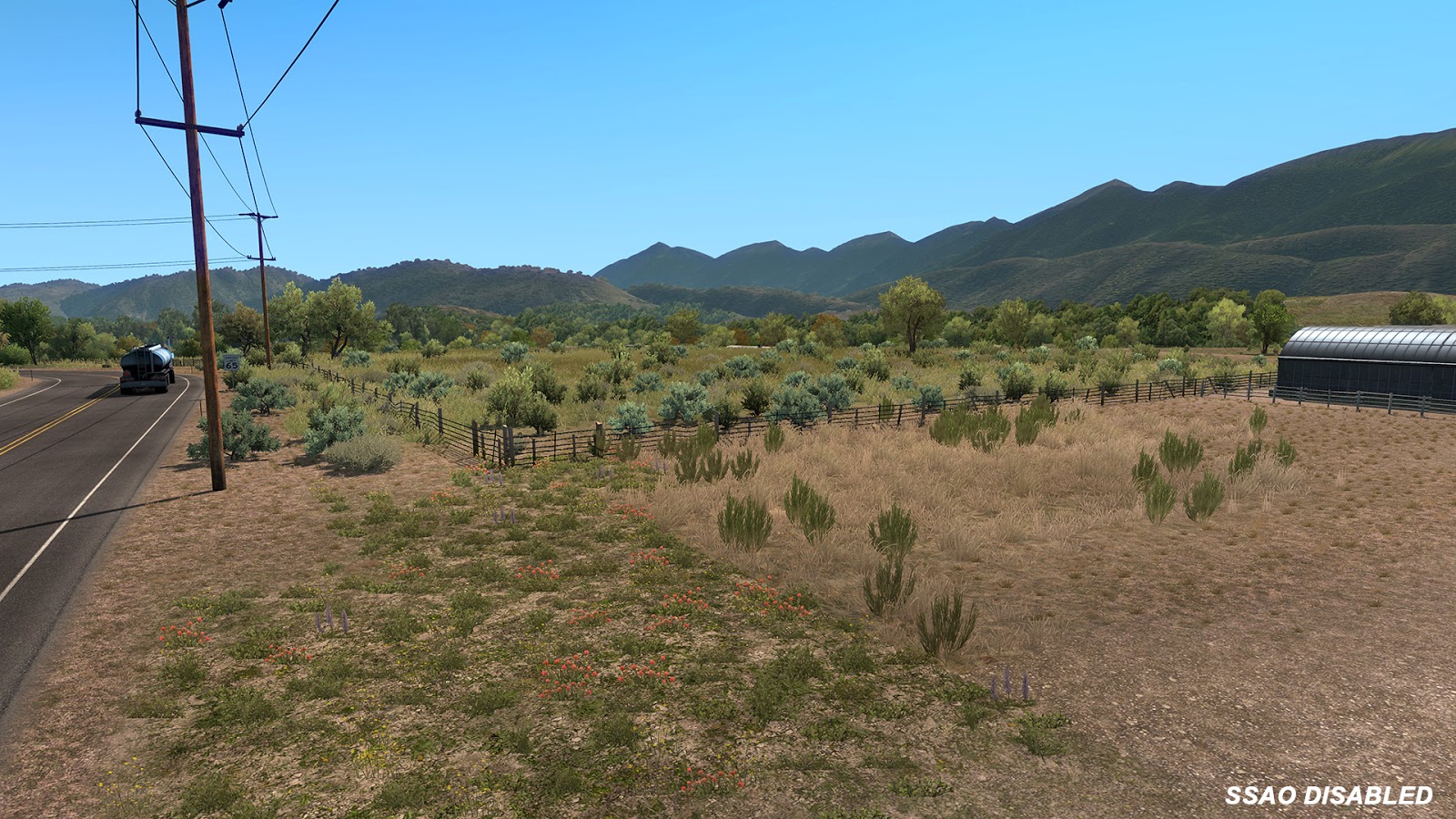 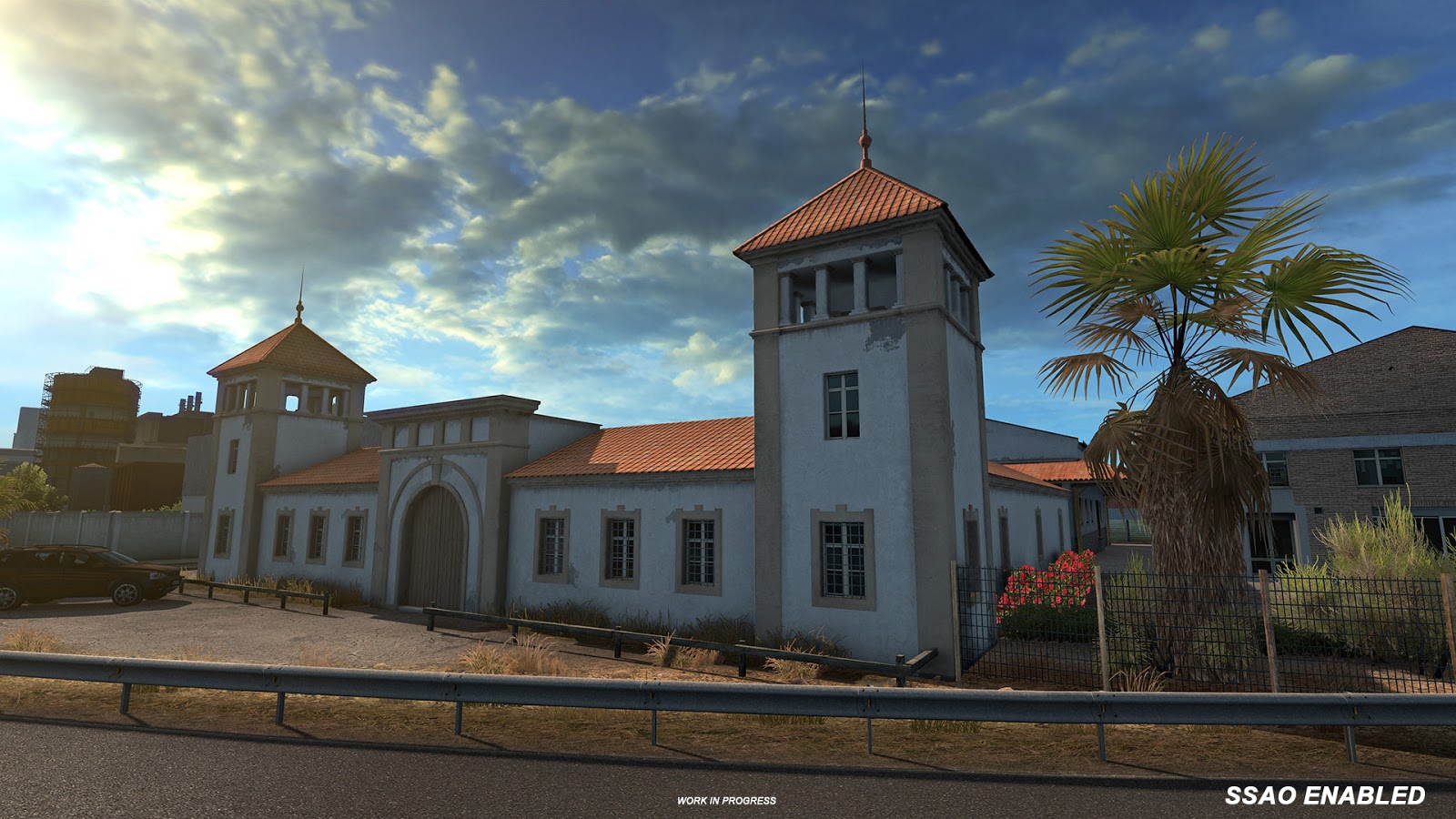 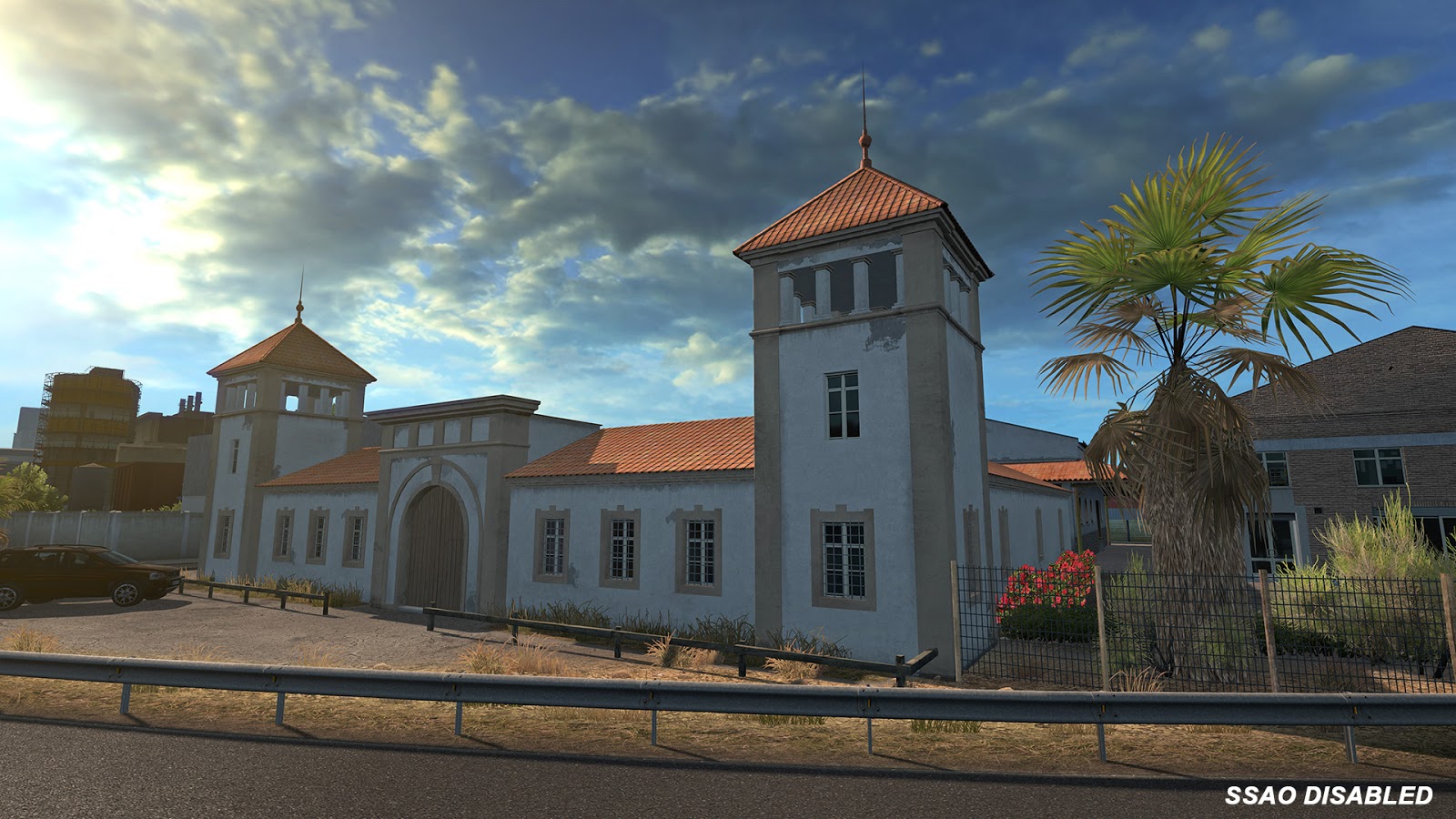 Just ahead of the new American Truck Simulator's launch, developers SCS Software have injected a touch of nitro into the game engine with screen space ambient occlusion (SSAO). This technique for making shadows more realistic is not a mega-fancy and drastic modern technobell or cyberwhistle, but it is a welcome one. The scenery just feels more... present. So simply by downloading a patch, my game has become prettier. Nice.

SSAO has been around in shiny video games since Crysis. Basically, it considers how much light would reach different parts of an object, and the net result is usually creating more contrast by casting more shadows under, behind, and between things. Like I say, it's not a huge thing, but does make objects look more like they're there. For a game about enjoying the landscape passing your window (at least if you play it as a dreadful tourist, like me, anyway) it's a welcome touch.

SCS warn that SSAO takes more technomuscle, though the game is undemanding enough that my not-great PC is happy with it cranked to High.

For more comparison screenshots and the specifics of ATS's SSAO, check out this dev blog.

Today's Update 1.38 also revamps a few places. Las Vegas has changes including a new Interstate connection between I-15 and I-11, some remade junctions, more detailed scenery, and newer vegetation. Truck stops are updated a touch too. And finally you can paint your truck with colours picked from the full spectrum of RGB. See the launch announcement for patch notes.

American Truck Sim's Idaho expansion is due to launch on Thursday the 16th. After that, it's off to Colorado. We are slowly crawling eastward.