Anthem is locked behind a lot of different level requirements. You'll therefore need to play a fair bit of the game just to increase your Pilot level as quickly as possible. This can be done by performing well in missions, however you also need to increase your Javelin power level, done by having the best gear possible to prepare yourself for the harder challenges ahead. This guide to Anthem's progression system will go over the fastest ways to level up your Pilot and how better items increase your Javelin power level.

Looking for help with missions, or how to get to grips with navigation in Anthem? Be sure to check out our Anthem guide for everything you need to know about Bioware's latest space adventure. In order to get ready for Anthem Endgame, you need to quickly gain levels to the level cap of 30, as well as pick up decent gear that can carry you through until you obtain better ones in the endgame tasks. 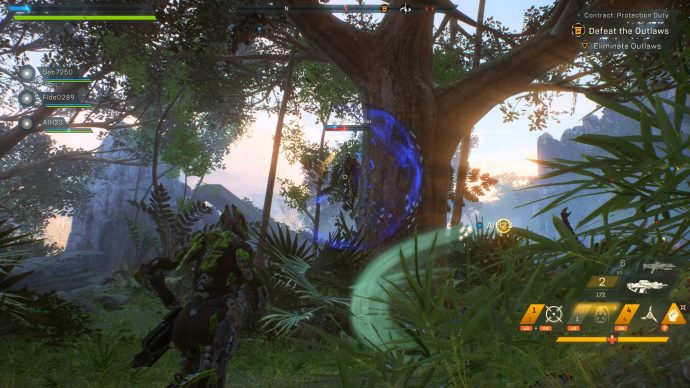 Best ways to level up

First thing's first, let's talk about your Pilot level. To increase this quickly, your best bet is to complete all the Contracts that you can find. These are obtained via the individual faction quest board and are short missions that involve completing three tasks. These take the least amount of time, yield the most experience, and are repeatable after unlocking the Repeatable Contracts feature.

Agent Quests are also good for this, as you can get a similar XP yield, but they do take slightly longer to complete and aren't repeatable. They are accepted via your contact within each of the factions (Learn about them in our Anthem Factions guide). These are slightly shorter than normal missions that progress their story and in turn your relationship with them and the faction they represent.

Critical Objectives are story-based missions that can be quite good for XP. while you can repeat them jump into Quick Play games, they generally take far too long in comparison to other quests in the game to really rack up the XP. This should therefore only be used as an option if you've somehow run out of Contracts or Agent Quests.

Strongholds are just not ideal for XP grinding at all, since they're usually a lot more involved, taking a lot longer than any quest, and are significantly harder. Freeplay also is bad for XP grinding because enemies themselves don't yield a massive amount of XP.

Of course, your choice in which task you complete is just a small part of maximising your Pilot level potential. You'll also need to keep an eye on what exactly you're doing in each mission as you're rewarded with Medals - rewards for completing Feats that are completed during the mission. Feats are essentially mini-challenges, such as killing a certain number of enemies with only melee attacks, or reviving a number of allies during a mission. You can keep track of these by opening the Journal while within missions under "General Feats" - just don't get too distracted by constantly looking at this challenge list when you should be contributing to the mission.

Finally you'll get a small boost to your XP via the Alliance system. This rewards players for taking on missions with the same people over and over, granting extra experience for cooperating with others. Going around with friends that you regularly play with is the best way to maximise the yield gained from the Alliance system, as well as gold to be spent in shops. It does however reset on a weekly basis, so you'll need to build up your "bond" with other freelancers again by completing more missions, in order to optimise the experience gain. 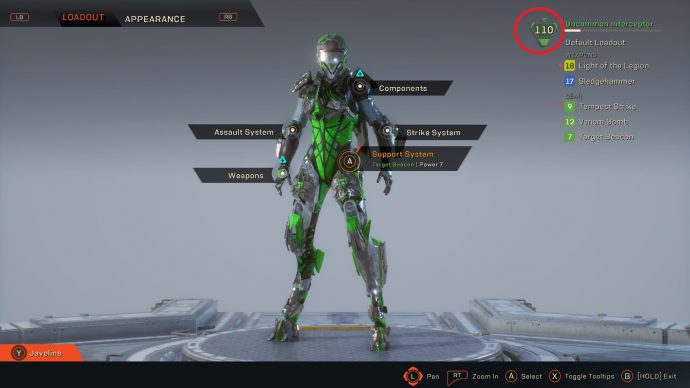 Anthem's other progression indicator is the capability of your Javelin. Your Javelin's power level is represented by a total score, circled in the image above showing the Javelin loadout screen (click it to see a full size version). On top of that, the rarity in the items equipped to your Javelin via your loadouts has a factor in the total Javelin power level. This is important as this is what makes all the difference when taking on harder challenges. Our Anthem loot guide can help increase your Javelin level once you reach Pilot Level 30 and have unlocked the Grandmaster difficulty settings, though it is also the most tedious of methods.

With that, this concludes our progression guide. Once you're a high enough level, you can begin taking on Strongholds at higher levels. More on that in our Anthem Strongholds guide. There's also tips for each of the trials if you've been struggling with the Freeplay task partway through the game. Don't worry though, we have our Anthem Tomb of the Legionnaires guide to aid you on your quest.