The third ever Apex Legends map, the floating island of Olympus, features quite a few differences from the previous two locations of Kings Canyon and World's Edge. From its brand new array of loot-filled locations to its long sightlines and fast travel times, there's a lot to learn about this place - and our Apex Legends Olympus map guide will get you off to the best possible start with a close look at the map and all its major locations.

Olympus attempts to learn from the successes and mistakes of the previous two maps to create the best battleground yet. Larger than Kings Canyon but smaller than World's Edge, Olympus is a lush gravity-defying floating island dominated by new methods of travel, including the Trident hovercars and the massive Phaserunner tunnel which can teleport players across the map in an instant.

Here is the new Apex Legends Olympus map for Season 7:

Olympus embraces a new kind of design philosophy regarding sightlines, openness, and the ease with which you can get from place to place. This is why it is the perfect place for Respawn to test out the new Trident vehicle, which you can read more about in our Apex Legends Trident guide.

While larger than Kings Canyon, there are several more options when rotating from any particular location which makes the whole map feel smaller, and the urban highrise feel of Olympus gives players a great many opportunities for looting even while they rotate.

Below is a full list of every named location on Olympus, the new Apex Legends map for Season 7.

Each location has a great many possible rotation options, particularly if there is a Trident vehicle nearby. For almost all of the major locations around Olympus, Respawn have also put a lot of thought into the use of verticality and various levels from which to fight. Most of the larger structures across Olympus have many different floors to loot.

Best locations to land on Olympus

We're all still learning all the secrets and ideal landing spots of Olympus, of course, but I'd like to share some of the best places I've found to land on Olympus, to help you get off to a better start. 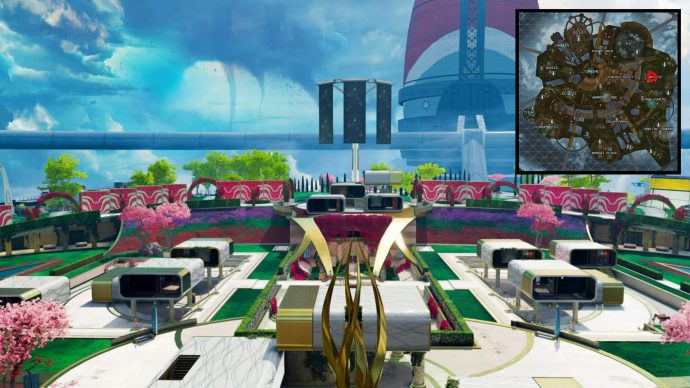 Gardens is my favourite spot to land on Olympus at the moment. It's an extremely loot-dense area, particularly when you include the loot bins under the bridge and the large hall beneath the highest section of Gardens. There's also plenty of cover to fight around no matter where you land, and the opportunities for rotations are limitless, allowing you to travel straight to Rift, Energy Depot, Grow Towers, or Hammond once you're well-equipped. 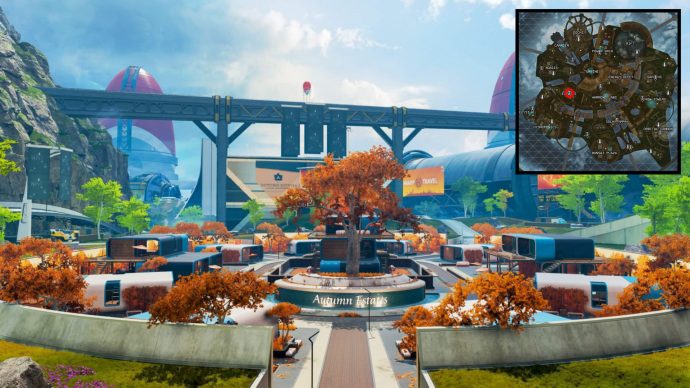 Estates is, on the whole, the most popular landing spot I've seen on Olympus. I've never seen fewer than four teams land at Estates at the start of a match, so it's a great spot to land at if you're looking for early action. As with Gardens there's plenty of cover and verticality, but its more central location leads to more mid-game fights as well, so even if you fend off the first few attacks you're likely to run into more enemy teams soon. 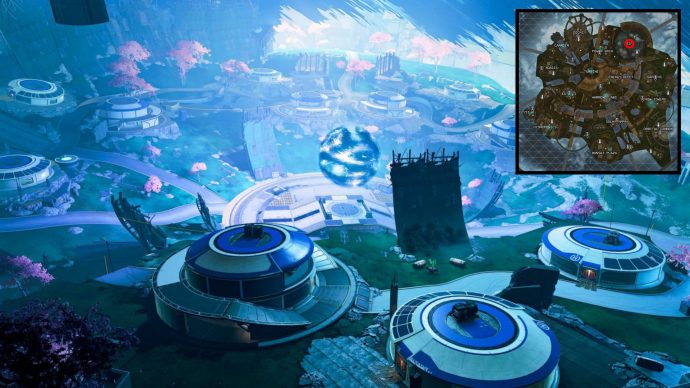 Rift is an extremely popular and dangerous portion of the map. Its sheer size means multiple teams can land in relative safety at the start of a match, and only fight each other once they're ready. But the other thing you have to bear in mind is the gigantic portal in the centre which provides a great escape for teams on the backfoot - and also allows teams to drop in onto Rift at a moment's notice from other areas of the map. 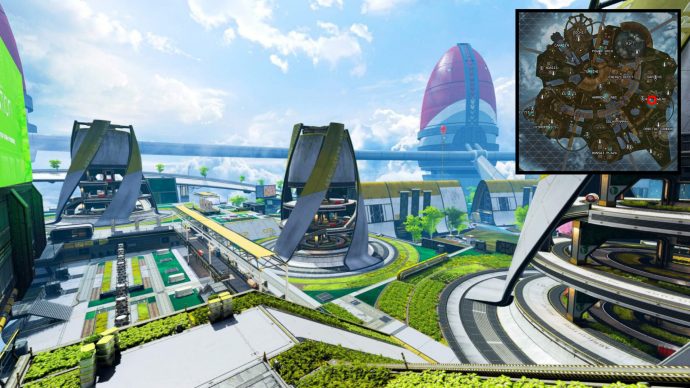 Olympus's Grow Towers are a sight to behold. Three steadily turning, multi-storied loot extravaganzas await you here, alongside a section of supply bins sunk slightly into the ground beside the central tower. There's a tonne of loot here and it's not uncommon for a single tower to kit out an entire team in the first minute of a match; but you have to expect trouble from the other towers before long. 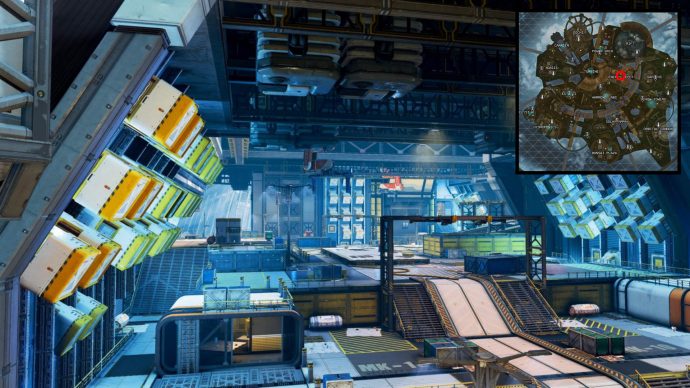 Energy Depot seems very closed off considering its central position on Olympus, but it's a deception. There are plenty of different routes in and out of Energy Depot, and you'll often find yourself fighting on steps and slopes if you encounter other teams here, which makes positioning key in this spot. There's also a lot of options for rotations, including Hammond, Gardens, Rift, and Turbine. 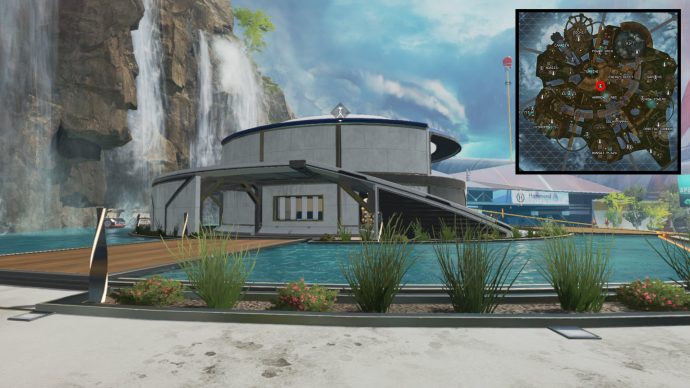 Hammond Labs is an absolute kill zone, and I really think there are better options out there for early looting and fighting. A particularly good alternative is Research Basin, an unnamed location just north of Hammond which overlooks the massive laboratory and its surroundings, and often contains very high-tier loot for a duo or trio. After that you can either push into Hammond or head down underneath the basin, where you'll find a large interior filled with even more loot. 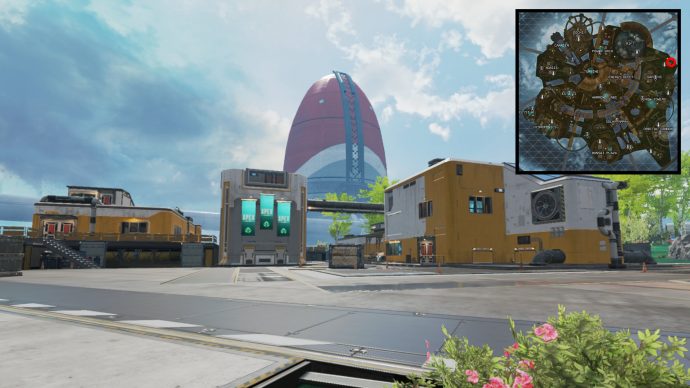 If you're looking for a calmer start on Olympus, I've found Power Station East to be an excellent option. Located in the far top-right corner of the map, this small area nonetheless provides enough loot to consistently kit out a duo at least, and it also has a permanent Trident spawn which allows for very quick rotations into Gardens, Rift, or Grow Towers. 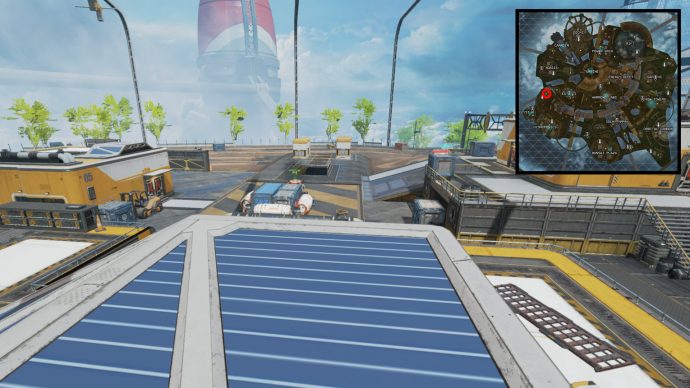 Another unnamed but surprisingly loot-packed location of Olympus is Power Station West, which leads right into the underground Irrigation Platform. Both these spots are so tightly packed in that they can be considered one loot location, and it seems many players haven't yet realised just how many loot bins and how much loot you can get from both these spots together.

And with that, we'll wrap up our Olympus map guide for the time being. But keep checking back for all the latest tips and details on Season 7's new map! In the meantime, why not brush up on your knowledge of the Season 7 Apex Legends guns & weapons?