Assassin's Creed Odyssey remains one of the most demanding games you can play on PC right now, but having taken a closer look at Ubisoft's recently released PC requirements for Assassin's Creed Valhalla, it looks like Eivor and the rest of their Viking pals will be sticking a much heavier boot into our PC's performance than even Kassandra's mighty Spartan kick. In short, they're proper demanding these Valhalla specs, as what once passed for Ubisoft's recommended 4K spec in Odyssey is now only suitable for High at 1080p in ye olde England.

Fortunately, Ubisoft have confirmed that, like Odyssey, Valhalla will have its own built-in benchmark for PC so you can see exactly what kind of performance your machine can manage once it comes out. I'll also be doing lots of in-depth graphics performance testing on the game myself closer to release, but this jump in specs does have me a little worried. Indeed, while some advancement in PC requirements is to be expected given the fact that Odyssey came out two years ago, this is a much bigger jump than what we saw between Origins and Odyssey. In fact, I found that Odyssey was actually easier to run than its predecessor in my big graphics performance test, but I'm not sure I'll be able to say the same about Valhalla after looking at those PC specs.

Thankfully, the recommended PC specs for Valhalla (which aim to deliver 30fps speeds on High at 1920x1080, just like Odyssey's did), should be fairly manageable for most people. Like several big games of 2020 including Death Stranding, Horizon Zero Dawn and Baldur's Gate 3, Ubisoft have listed an Nvidia GTX 1060 and AMD RX 570 as the recommended GPU for Assassin's Creed Valhalla, and its CPU requirements aren't that much of a leap from what we saw on Odyssey, either.

Then again, a GTX 1060 was enough to hit 60fps at 1920x1080 in Death Stranding and Horizon Zero Dawn on their respective High quality settings, and my own benchmarks showed it was possible to hit an average of 63fps on High with a GTX 1060 in Assassin's Creed Odyssey as well. That Ubisoft are only predicting 30fps speeds for Valhalla with this GPU shows it's clearly going to be a bit of a brute when it comes to getting it running at a similar speed.

Indeed, Ubisoft's 'High' spec for Valhalla is intended for exactly that: 1080p, High at 60fps. As you can see below, though, it's quite the leap from its Recommended spec. It's also worryingly similar to Odyssey's recommended 4K spec, particularly in the old GPU department.

Is there a word in old Norse for "Big yikes?"

We'll find out in due course if Ubisoft have been rather conservative in their Valhalla PC requirements, but if they do turn out to be accurate then that's quite the come down if you've been merrily playing Odyssey at 4K for the last two years. To be suddenly told you'll now only able to manage playing the game at 1080p on High with the same setup is enough to give anyone a nasty case of the upgrade sweats.

Admittedly, the sudden increase in PC requirements for Valhalla could simply be a result of what's going on in console land. Valhalla is the first Assassin's Creed game that's also going to be on next-gen consoles, and both Microsoft and Sony have said that the Xbox Series X and PS5 versions of the game will be able to run at 4K 60fps. How comparable they'll be to the quality settings available on the PC version is anyone's guess right now, but it's possible that the arrival of 'next-gen' hardware means Ubisoft have been able to push Valhalla a lot further than Odyssey, as they haven't had to be constrained by years-old technology. 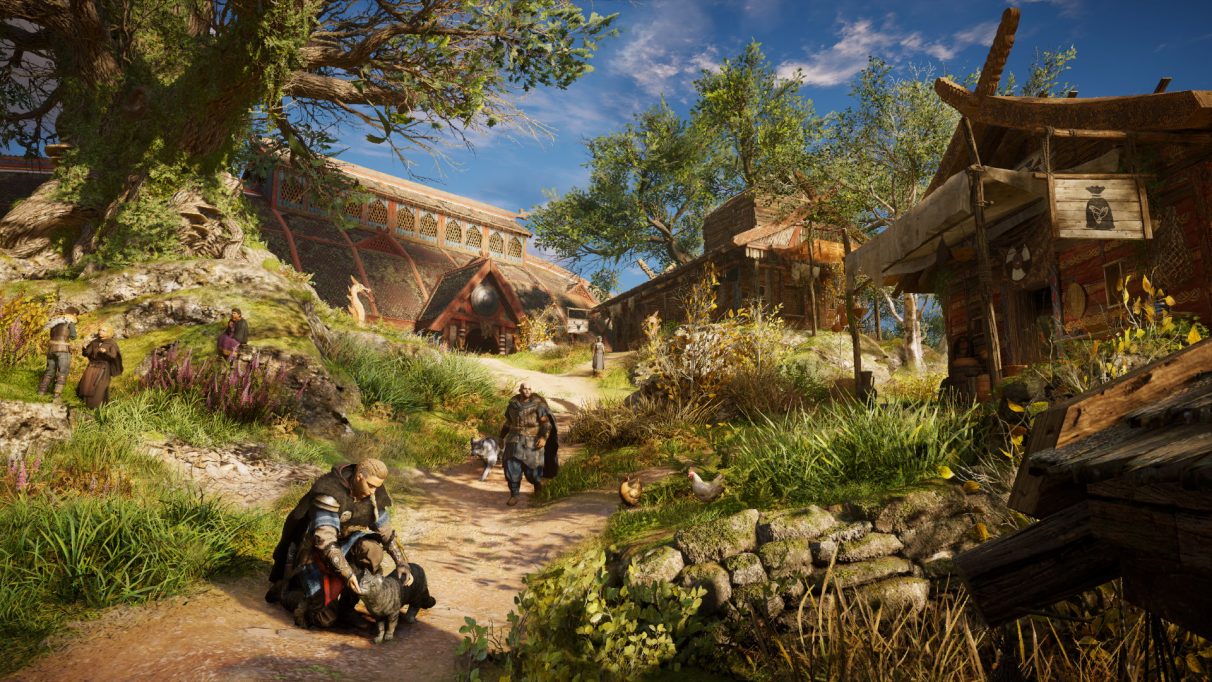 After all, both consoles are finally jump-starting some other much-needed 'upgrades' currently taking place in PC land, namely the leap to PCIe 4.0-compatible motherboards and CPUs, and, of course, more widespread support for ray tracing. Both technologies have been limping along on PC for the last few years - ray tracing on Nvidia's RTX cards, and PCIe 4.0 on AMD's 3rd Gen Ryzen hardware - but it's only now that their respective competitors are finally getting onboard as well. AMD will adding ray tracing support to their upcoming Big Navi GPUs, and Intel have finally confirmed that their 11th Gen Rocket Lake CPUs will also have PCIe 4.0 support when they arrive by the end of March next year - and I suspect a large part of this is all done to these respective technologies finally being available on the old console boxes. As a result, Assassin's Creed Valhalla's PC requirements may simply be a sign of what 'next-gen' PC games will look like as well.

Equally, though, I wouldn't recommend upgrading your PC for Assassin's Creed Valhalla until we know more about Intel's Rocket Lake CPUs and AMD's Big Navi graphics cards. While Valhalla doesn't actually have any ray tracing support lined up at the moment, it would still be unwise to make any kind of graphics card purchase right now until we know more about their regular performance and how much they're going to cost compared to Nvidia's RTX 3000 cards. We also don't know whether Intel's Rocket Lake CPUs will support the same Z490 motherboard chipset as their current 10th Gen chips yet, either, so it's not like you can even start preparing your next PC build by snapping up some bits on the cheap during the upcoming Black Friday sales. There's still too much in flux to make any concrete buying decisions right now - unless, of course, you want to go full AMD once their Big Navi cards arrive. That's certainly the quickest way of getting a 'next-gen' PC at the moment, so to speak, especially if you've been eyeing up one of their brand-new Ryzen 5000 CPUs.

Either way, I'll be testing Assassin's Creed Valhalla in full to see what's possible on this generation of PC hardware as soon as I can, so watch this space for a full breakdown of what those recommended PC requirements will really get you when the game comes out on November 10th.