Load up, load up, budding Death Stranding posties, as 505 Games have finally revealed the PC requirements for Hideo Kojima's upcoming delivery simulator. The good news is that you only need a GTX 1060 or RX 590 graphics card to be able to run the game at 60fps at 1920x1080, provided you've got a decent processor to go with it of course, so it should be pretty manageable for most gaming PCs. The bad news is that it's going to hog 80GB of space on your SSD, so you may want to start re-stacking those files to make sure your PC's storage banks don't topple over when it arrives on July 14th.

I've listed Death Stranding's PC requirements in full below so you can see exactly what they entail. According to publisher 505 Games, Death Stranding's minimum PC requirements will get you around 30fps at a 1280x720 resolution, but they've also provided two sets of recommended specs depending on whether you want to target 30fps or the full 60fps.

Alas, they haven't provided any details on what it will take to run the game at higher resolutions, such as 2560x1440 or 4K, but I'll be testing the game closer to launch in order to find out. Either way, most PCs from the last couple of years shouldn't have much of a problem running Death Stranding at 1920x1080, so it's not like you're going to have to rebuild or upgrade your PC in order to play it.

The only thing you might need to tinker with beforehand is clearing some space on your hard drive, as 80GB is a heck of a lot of files to make room for if you're already short on storage space. It's not the biggest game install size ever seen, of course. Red Dead Redemption 2 clocked in at a whopping 150GB at the end of last year, while Call Of Duty: Modern Warfare came in even heavier at a massive 175GB.

Even so, 80GB is still quite sizeable these days, so if you've been considering adding another SSD to your storage banks, then please do check out our regularly updated SSD deals page for all the best prices.

As well as revealing the game's PC requirments, 505 Games also shed some more light on what Death Stranding's Half-Life crossover content is going to entail. Instead of Sam's Valve hair tie, Gordon Freeman glasses and newly unveiled Half-Life: Alyx gloves being mere cosmetic touches, there will be specific Half-Life crossover missions to play through. 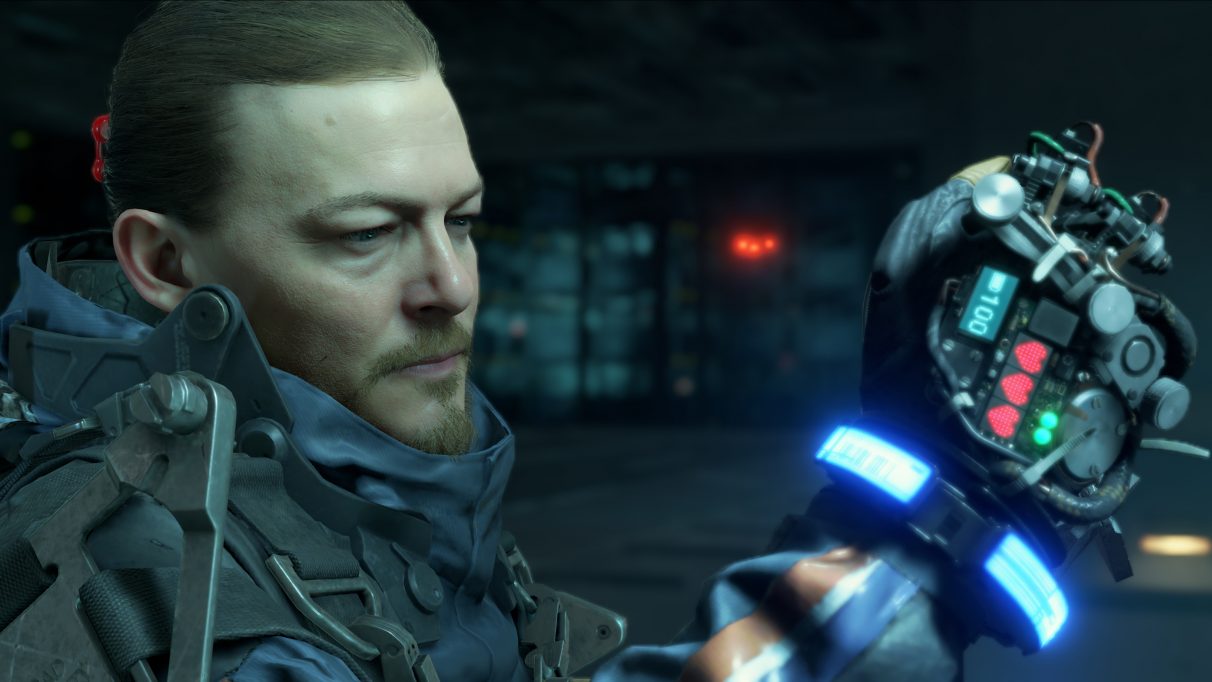 "A familiar face has crossed over into the world of Death Stranding, impersonating Bridges’ employees and sending request emails prompting Sam to locate and secure companion cubes throughout the world," says 505's press release. "Completing these requests will reveal the mystery behind the friendly imposter and award Sam with useful new equipment and accessories."

So yes, they will eventually be Half-Life cosmetic items, but you'll have to put in some work before you can get them. Will it involve chugging endless cans of Monster energy drink? Only time will tell...