The next chapter in Battlefield V's Tides of War campaign takes players into the tropical wilderness of a brand new map, Solomon Island. Appropriately named, Chapter 6: Into the Jungle, the update landing on February 6th is bringing a bunch of new weapons and gadgets, as well as three new Elite soldiers.

The Solomon Island map features "dark mangroves, hidden bunkers, rivers and marshes," and Dice say it's "designed for intimate jungle infantry combat combined with land and sea vehicle warfare." From the trailer it looks like there's a lot of terrain that'll thrust you into some close quarters combat amongst the trees, which explains some of the new weapons I'll talk about in a bit.

There are three new weapons and two new gadgets to earn through Chapter Rewards. You level these up by earning XP, and each time you hit a new rank you're rewarded with cosmetic items or some brand new guns. For Support players, you can unlock the Type 11 LMG and the Model 37 shotgun (for mid to short distance engagements catered to the new map), and for Assault players there's the M2 Carbine (which is a fully automatic rifle).

As for the gadgets you can earn, the first is the M1A1 bazooka. "This is a supreme anti-tank tool at long range, but you might want to use another tactic when you’re up close," EA's website says, as if we need to be told not to stand next to something we're attempting to blow up. The other one is the Lunge Mine Gadget - another tank countering tool which is probably also a good idea not to stay too close to. 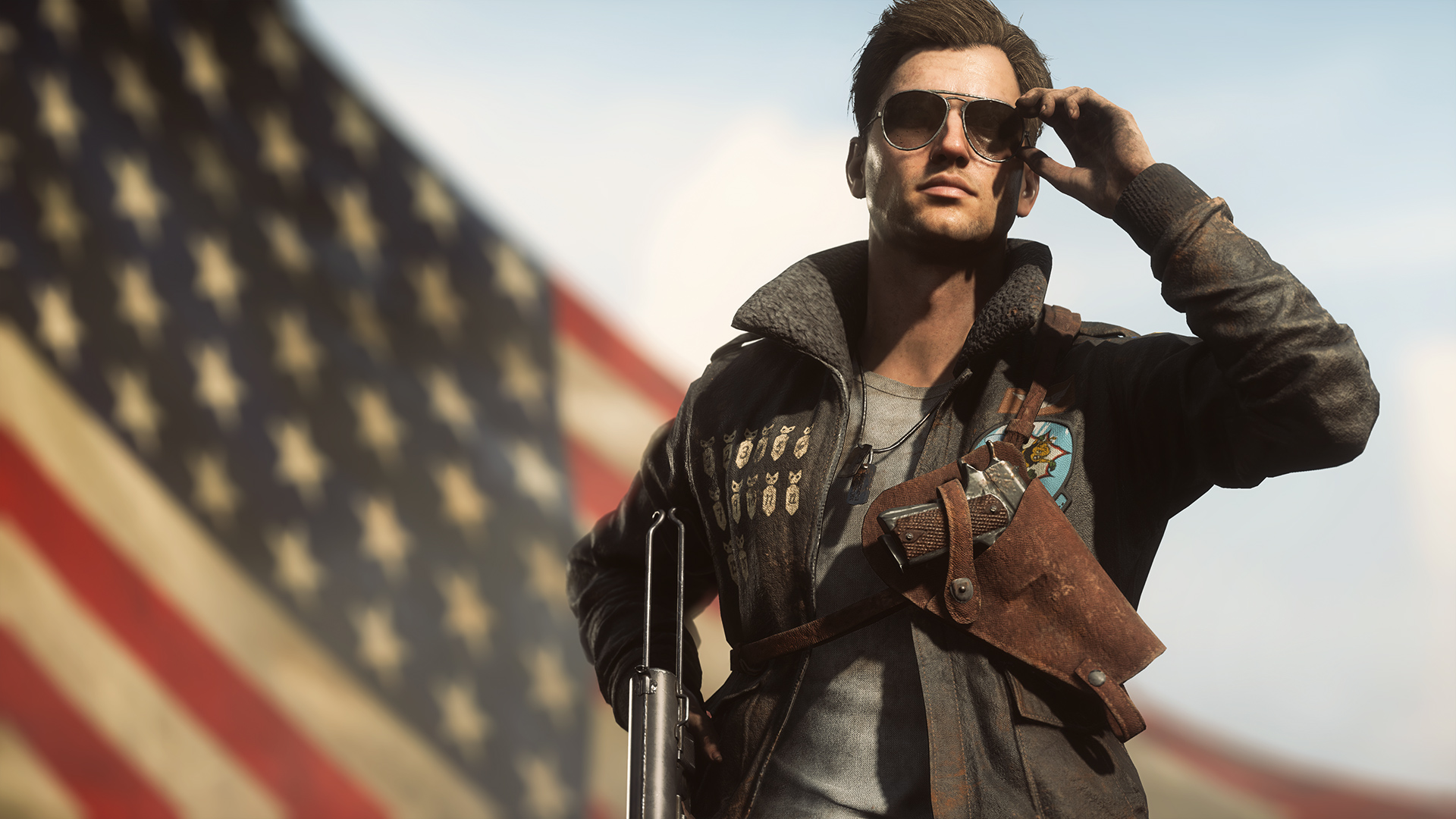 The new Elites include Misaki Yamashiro, an assault specialist who wields a machete, and can be unlocked by ranking up your Chapter Rewards to level 40 before Chapter 6 is over. The others need to be bought with the premium Battlefield Currency, but none of the Elites give any sort of advantage, they just look cool. None of them cooler than the patriotic lad above of course, who looks like he fell straight out of a Top Gun film. His name is Steve Fisher, and his signature melee weapon is a knuckle duster. Next up is Akira Sakamoto, his special melee weapon is a "repurposed Control Stick ripped from a destroyed airplane" - as you might have guessed, he was a pilot.

Battlefield V is available on Origin for PC, PS4 and Xbox One. Although, at some point this year it should be available on Steam too, because last year EA decided that they're friends with Valve again.

Tides of War Chapter 6: Into the Jungle is a free update that arrives Thursday 6th February.