Bethesda have detailed many changes coming to Fallout 76 at their QuakeCon panel, giving some new insights into Vault raids, and the NPC-driven expansion Wastelanders, and a new map coming to battle royale mode Nuclear Winter, as well as a slew of smaller developments.

A panel of Bethesda developers whizzed through the many upcoming changes. Firstly, in the next few weeks (barring any major unforeseen issues), Vault 94 will open for raiders. These raids are designed for four players, though you can attempt them with fewer, and task you with solving puzzles while fighting off mobs, all within a time limit.

They’ll be good for players wanting to farm legendary items, including the “potted plant” power armour that seems to be part exosuit, part pine tree. For camouflage, I guess? In so far as you can be camouflaged in a giant metal skeleton.

There’s also a second raid Vault in development, which should be coming in the “not too distant future,” though Bethesda are hoping to space them out enough to incorporate feedback they receive from this first raid.

Come autumn, Wastelanders will be wandering back to Appalachia. After a year in which players were the only ones inhabiting the post-apocalyptic woodlands, it’ll rewrite the story and repopulate the map, adding new settlements, random encounters, points of interest, factions, and so on. And yes, one of those factions will be the Mothman cult.

Dialogue trees are back so that you can get stuck into conversation with these new inhabitants. The lines you’ll be able to choose are influenced by your reputation with various factions as well as the stats you choose. In short, it’s “more Fallout 3 than Fallout 4,” a statement that provoked much cheering among the audience. 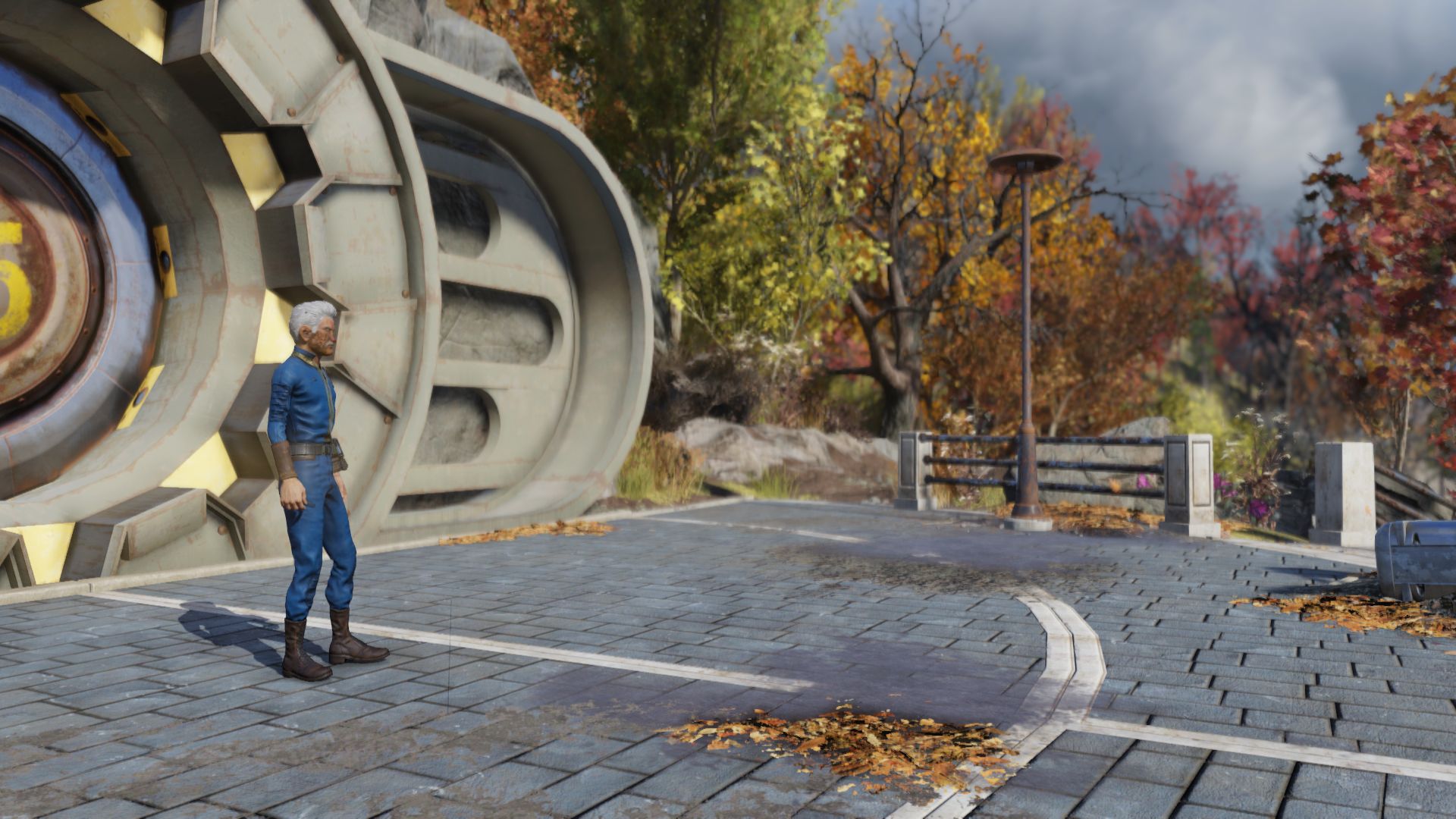 New weapons, monsters, and archery were also teased, coming along with Wastelanders, which is targeting a November release.

The team were vague on companions and romance options, which are still being iterated on. They did mention that they’ll be largely confined to your camp outside of specific quests. I guess exploring isn’t for everyone.

They also discussed changes to events that are coming in the “very, very near future,” and will make fast travel to them free, as well as map updates to improve the UI and more predictable rewards. Seasonal events will also be making a reappearance, with “Halloween and early winter” mentioned.

More future changes will affect levelling up, including specialisations that’ll be awarded every 50 levels or so (this is subject to change) allowing for stronger development in specific areas. And if you choose to start a new character, a “new game plus ish” mode will allow you to apply those perks to this new vault dweller.

Finally, for Adventure mode, private test servers are coming “sooner than you think,” they say, though I’d be patient with any statement that unspecified.

Over in battle royale hell Nuclear Winter, once they were done whooping about how fun nukes are, they announced a new map based on the area of Morgantown. This’ll be more urban than the current woodland arena, with new threats like the Grafton Monster, verticality and a lot of irradiated water to get those positive mutation perks. You know. That cool thing radiation definitely does to the human body with no negative effects at all.

Elsewhere at QuakeCon, Id Software have been detailing the multiplayer Battlemode coming to Doom Eternal.