Bloodlines 2 asks you the same question of every vampire when they've gone through the Embrace: Do you hide in the shadows, or become fear itself? The original Vampire: The Masquerade - Bloodlines was a cult favourite, so beloved that the fans fixed the issues with the game. The team at Hardsuit Labs know all too well that it is a big deal that Bloodlines 2 is being made at all. 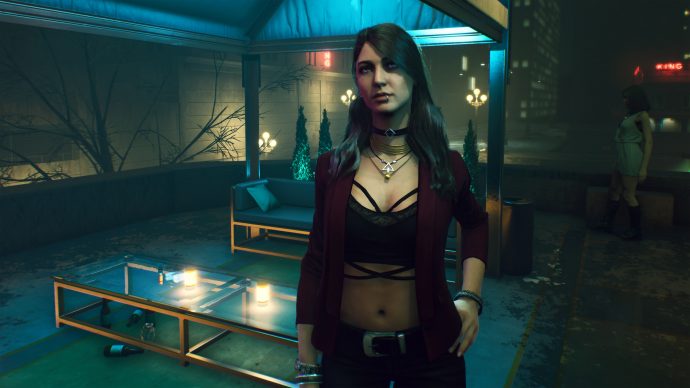 Bloodlines 2 - everything you need to know 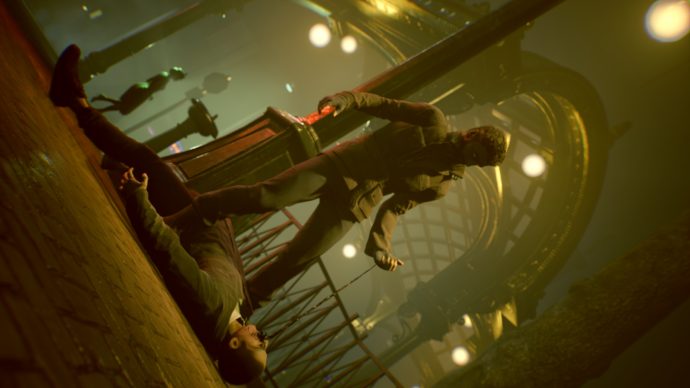 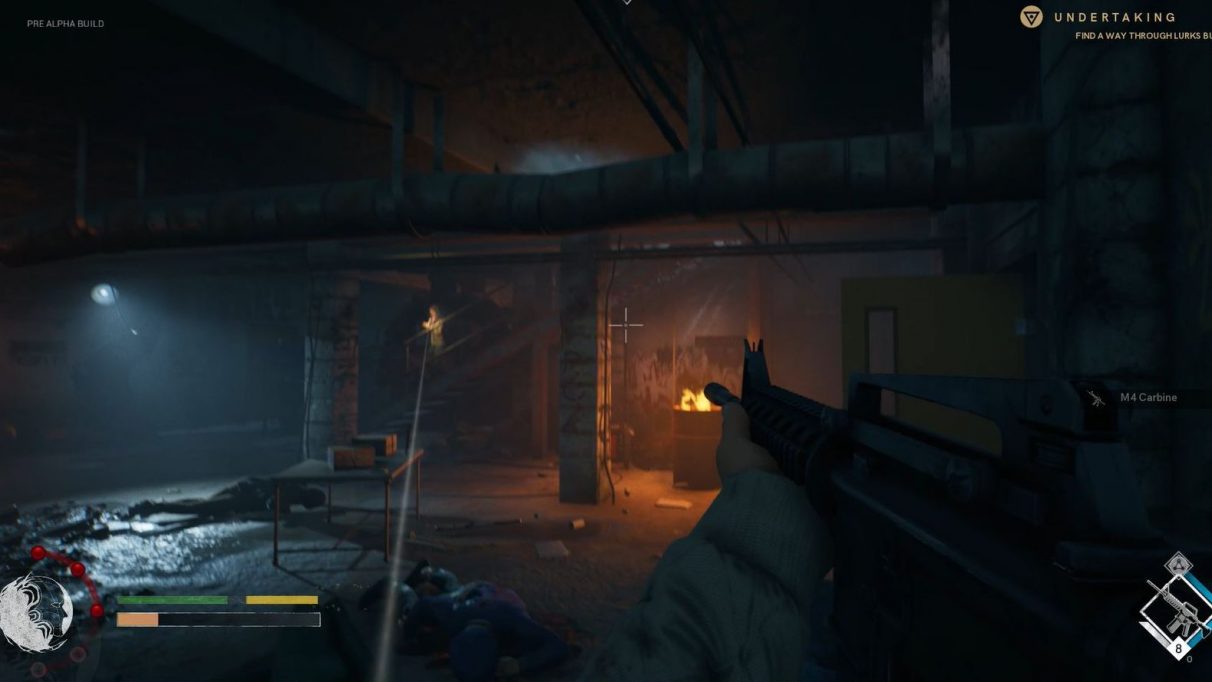 If you want an in-depth look at just how Bloodlines 2 gameplay works, look no further than the video courtesy of our video team with the footage captured by Brendan. In it, we'll see everything from the demo, as Matthew points out the little details you might have missed, such as when the Masquerade is in effect - more on that later. Brendan also did a write up for when he recently got to play the game at E3 2019, awful dancing and all.

Our own Alice Bell heralded Bloodlines 2's existence, like a thrall butler announcing their vampire lord, by speaking to several members of the team creating the brand new Vampire: The Masquerade - Bloodlines adventure. It's quite a long read, but full of juicy details.

Not least of which is the fact that the "masquerade" is in effect at all times in public. If you give a person a nasty nip in a crowded street or use your Vampiric powers down at the pub to impress your mates, you may get a knock on the door from some surly henchmen who take you in for "punishment". There is also a humanity system where the cleaner, or more innocent your blood source, the more of a monster you'll become.

From what we know so far, there are various different clans of vampire, just like in the original. It'll also feature branching narratives and side quests, and you're able to choose which of the vampire factions you align yourself with and which ones to annoy.

There have been quite a few Bloodlines 2 trailer videos showing off the game so far. Set in Seattle, you have recently been gone through the process known as "the embrace", where they are drained of blood to the point of death, before consuming some of the vampire's blood. Apparently, just like the first game, you're on trial because this was done without permission of the other vampires, only this time around, it was a mass embrace by a group of different masked vampires.

You start out as a Thinblood - which I've been reliably informed is basically a decaf version of a vampire that is about as effective against powerful beings as a wet noodle, and you'll need to grow in strength to realise your potential until you eventually join a full-blood clan. In case you don't know to whom you should declare your allegiance, there were a lot of vignettes introducing each of the vampire clans, including the insane Malkavians.

You will be able to pre order Bloodlines 2 on Steam, GOG, and Epic Games Store. You can also opt to buy directly from Paradox, or via retail stores for the physical version. Note that the special editions are not available in physical form. Pre ordering the game will get you the "First Blood" edition, which contains the following items:

On top of this, there are also the special edition titled "Unsanctioned Blood" and the ultra-premium "Blood Moon" edition. Pre ordering either will still get you the "First Blood" edition bonuses, but each one also increases the stuff you get the more expensive the pack. 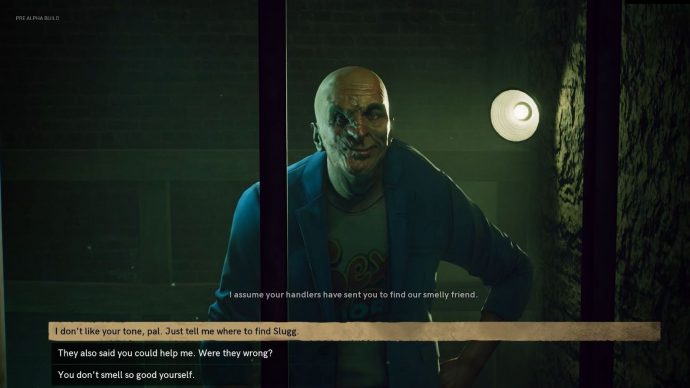 Will Bloodlines 2 have post-launch support?

It's odd that this needs to be said in this day and age, but for Vampire, there is some history behind it. Unlike the original that was left to languish in the broken state that it was until fans nursed it back to health with patches, the sequel will have a more dedicated approach to updating and fixing the game.

This includes ongoing support in the form of a Season Pass. The "Season of the Wolf" is included for those who buy the "Blood Moon" edition but will be available elsewhere. It'll include two story packs and an expansion to the game. Aside from that, two additional clans will be added post-launch for free. Given the Season Pass name, I'd say it's highly likely we'd see the savage Gangrel turn up, but fans would also probably like the rather restrictive challenge of playing as a hideous Nosferatu.

What are the confirmed vampire clans in Bloodlines 2?

Here are the confirmed vampire clans in the game: 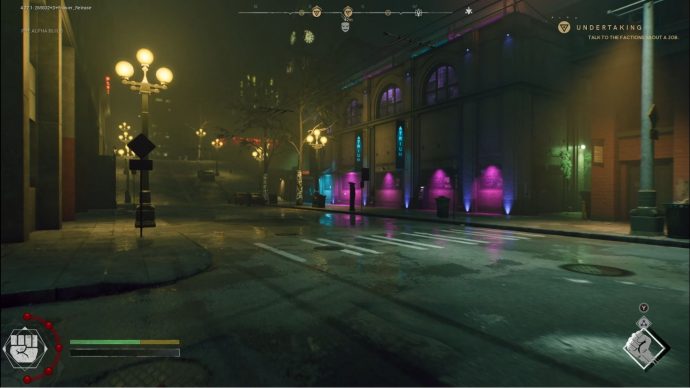 How long is the Bloodlines 2 campaign?

The current estimation from Hardsuit Labs is that a single playthrough will take around 25-30 hours, depending on your playstyle. There will be branching narratives and side quests galore, so if you want to see everything, it'll likely take a lot longer.

What are the disciplines in Bloodlines 2?

The world of Bloodlines 2 puts players in the role of a vampire. Much like the World of Darkness tabletop RPG, they'll be able to use up to six disciplines at once. Most are gated when they begin as Thinbloods as their powers are not finalised.

As for the powers for when the vampire fully awakens to their powers and joins a clan, there are a further eight that will be made available.

How are the Malkavians being portrayed in Bloodlines 2?

In short, while they're still being seen as unhinged, there seems to be a lot more care to make them more than just crazy. During an interview with GameIndustry.biz, Bloodlines 2 writer - Brian Mitsoda, detailed his hope that this time around the Malkavians would be better written. Lamenting about the original, he said:

"I think more time could have been spent developing [these characters] at the time, but their presentation in the first game is due more to the strain of having to get them out quickly. I think people still enjoy the unique experience of them, but I don't think they're a great examination of mental illness and shouldn't be held up as one."

He goes on to explain just how recent trends have hurt the conversation on mental illness and how they're tackling it differently this time around.

"I'm pretty tired of any weird, over-the-top, or violent characters being dismissed as 'Well, they're crazy.' That's just lazy. I still see this in movies, games, and TV all the time."

"But at the same time, being a stand-in for people with similar problems, I don't want them to be purely comic relief. As I said before, I'm pretty tired of mental illness being used as a crutch in writing—the twist or punchline being the character is crazy. It's pretty obvious when a writer has just written themselves into a corner if they use the 'They're crazy' excuse to justify sudden shifts in motives or character traits."

Disclosure: Cara Ellison - a former RPS writer - is the senior narrative designer on Bloodlines 2. I've not personally met her, but she seems nice from what others here have said.

More On Vampire: The Masquerade - Bloodlines 2