In Warzone, you can blast out some absolute tunes from your vehicle as you marauder through the newly-nuked Verdansk or Rebirth Island. We'll all have our personal favourites, but with a bunch of new ones coming out in the Season Three Battle Pass, I've put together a full list of all the War Tracks available in Warzone.

Previous Battle Passes have offered other vehicle tracks to play, and while there isn't a way to obtain them at the moment, I imagine they'll be added to the store in the future if you're desperate. Anyway, here's the previous War Track bundles: 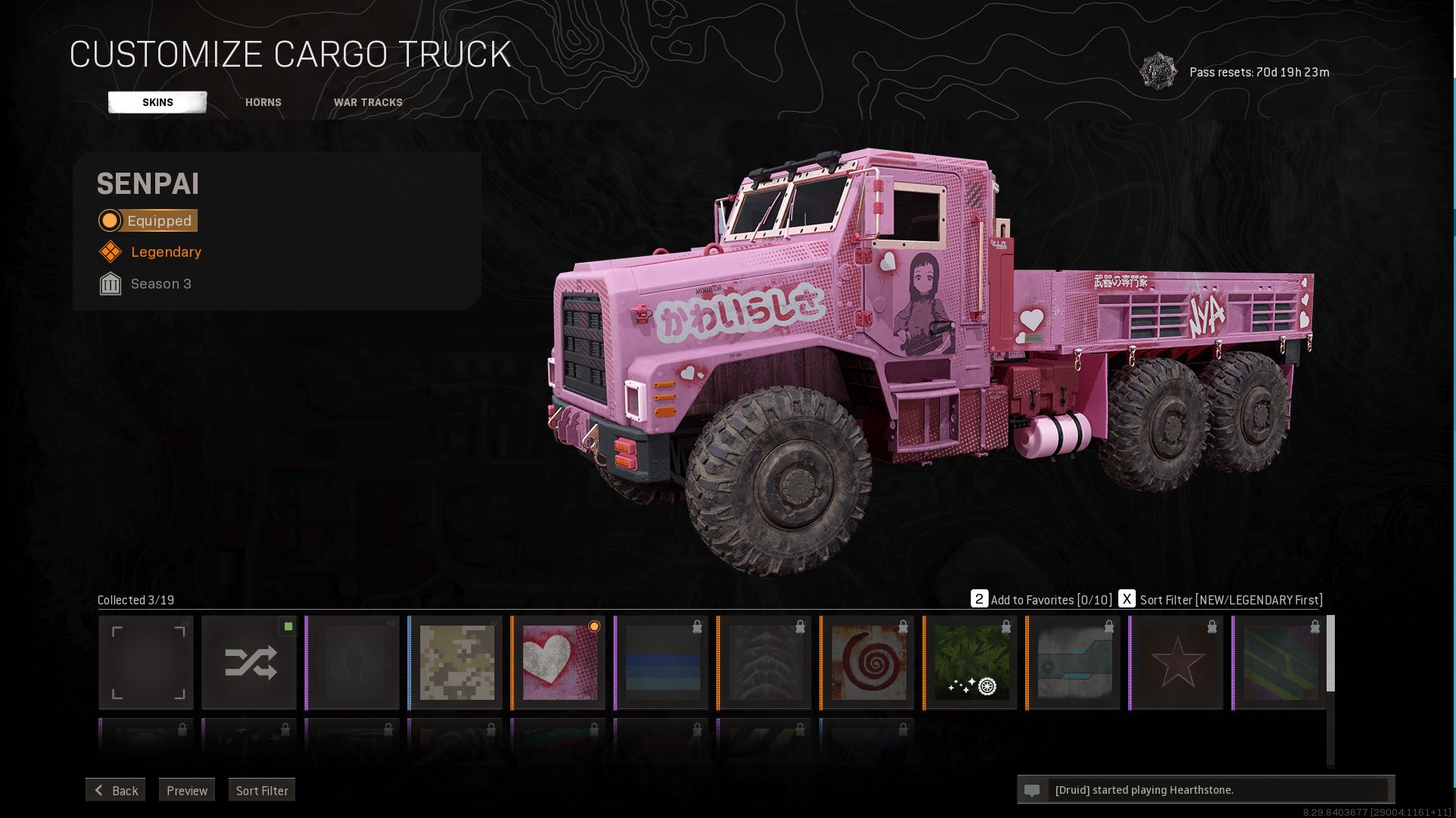 How to equip War Tracks

Now you've unlocked all the vehicle tracks, you’ll want to know how to actually use them. Well, it’s easy: just follow these steps to equip your ideal bangers:

After this, you'll automatically play your bops as soon as you enter the vehicle of choice. I’m going to grind to max this thing out ASAP - I can’t wait to blast Tears for Fears while running down tangos in a truck. One thing I’m desperate for next is a playlist feature - imagine being able to take your pick of all these tunes and make your own, very specific vibe!

That's all you need to know about War Tracks for your vehicles in Warzone! Of course, we've got all kinds of Warzone guides to whet your appetite as well, including a delicious page on the Warzone best guns, as well as advice on other modes, like our best Cold War Zombies loadout.