Look, it's been a tough year. You're stressed, you're tired, you've got a whole lotta pent-up anger - so why not take it out on a few hundred fantasy ratmen? Riotous rodent-smasher Warhammer: Vermintide 2 is currently free to player over on Steam 'til November 1st, with the return of a limited-time anniversary mission sending our hopeless heroes on a pub crawl from hell.

Starting this Monday, all of Vermintide 2's base campaigns are freely available for anyone to download and play. While that means you won't be able to hop into the DLC missions yourselves, the base game is still one of the best co-op games around - and if I remember rightly, you can join up on a friend who owns them without trouble (though feel free to correct me in the comments on that).

There's a few bonuses running alongside this free week, mind. It was Vermintide's fifth anniversary this month, and a community challenge to murder 555,555,555 rats is still ongoing. Playing just one mission will also earn you a stylish severed shark head to place upon your once, the unfortunately-named "Obese Megalodon". Geddit? 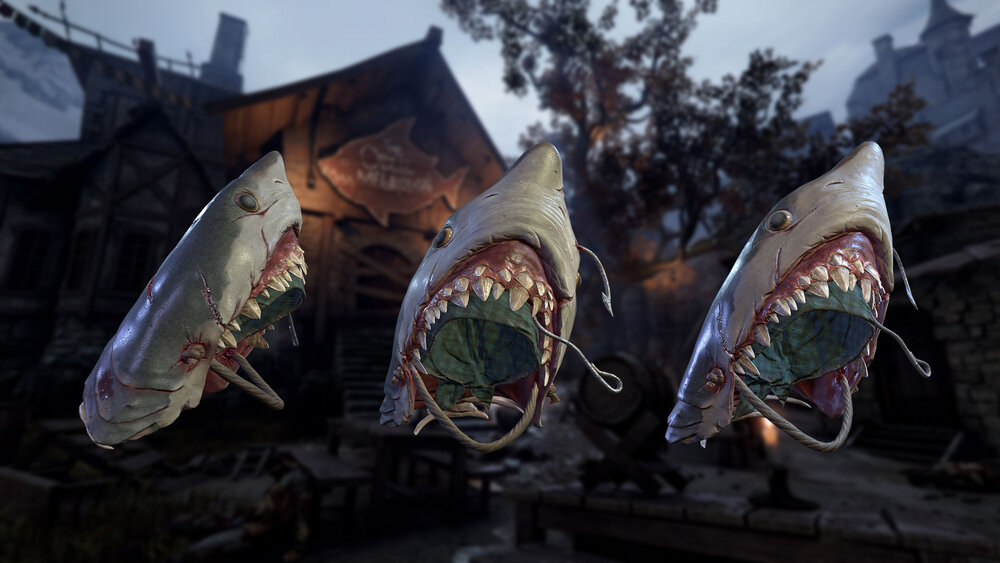 The best bit, though, is the return of A Quiet Drink. I'd actually missed this anniversary mission first time 'round, though it sounds a riot - our high-fantasy heroes pop off on a pub crawl through The Old World, summoning hordes of rats and cultists and all sorts of nasties as they try to settle down for a pint. The characters being the best bit of Vermintide, it's great to listen in on some proper drunk bants between the five. An almost immediate highlight being Saltzpyre, unshakeable and unyieldingly suspicious Witch Hunter, making choo choo noises like the tanks wot he likes.