ANOTHER ONE. I know. But wait! Counter-Strike: Global Offensive's battle royale mode might be the most interesting take on the genre I've yet seen. It's snappier, shoppier, and laces every moment with a tension stemming from one eternally nagging question. Do you peek at the Ipad that tells you roughly where your enemies are, or nah?

The mode's called Danger Zone, and is sadly not tied in to the ace digital Jurassic Park board game of the same name. Up to 18 players duke it out on an appropriately dinky map, in rounds that rarely last more than ten minutes. Going bite-sized does cut out some of the suspense you get from bigger royales, but that's a price worth paying. My heart might not quiver so palpably when I'm among the last few survivors - not when I know I can be back in the same situation within minutes - but it's a refreshing change of pace.

What I like most is that death usually feels like a consequence of decisions I've made, and the biggest contributor to that are those Ipads. Holding tab holsters your gun and brings up your tablet, which shows the map divided into hexes. If a hex is yellow, it means that at least one enemy - or your own daft self - is in that part of the map. Again, a little tension leaks out - you can often be completely sure that no enemies are nearby, or that a particular angle is safe. Again, that's made up for. 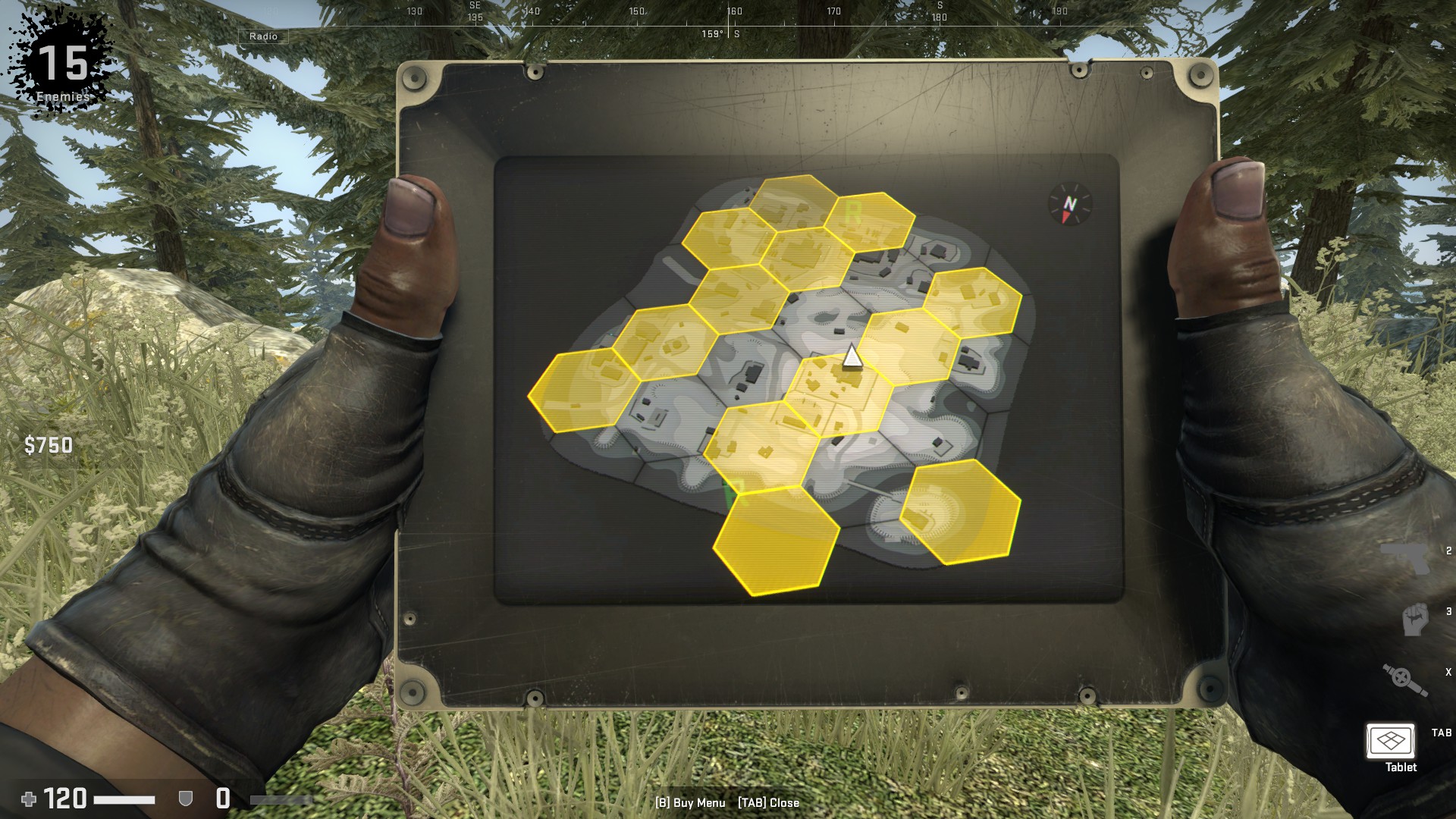 It gives me a degree of control I'm not used to having in last-man-standing murderfests. My movements are shaped more by knowledge than guesswork, a starker calculation of risk and reward than I've ever had access to. When I get shot in the back, my response isn't 'damn, well that was inevitable'. It's 'damn, I should have checked'.

Checking leaves you vulnerable though, your screen obscured and your weapon unreadied. You can't afford to look at your tablet all the time, and you can't afford to ignore it. That's brilliant! It's been a while since I mentioned that old Sid Meier quote (or misquote?) about how games boil down to a series of interesting decisions, so let's do that now. Call it a Christmas treat.

Meier expands his point to talk about how the difference between good and great games is how interesting those decisions are, and how frequently they arise. Whether or not to check your tablet is a hair-tearing dilemma that confronts you nearly every single second. 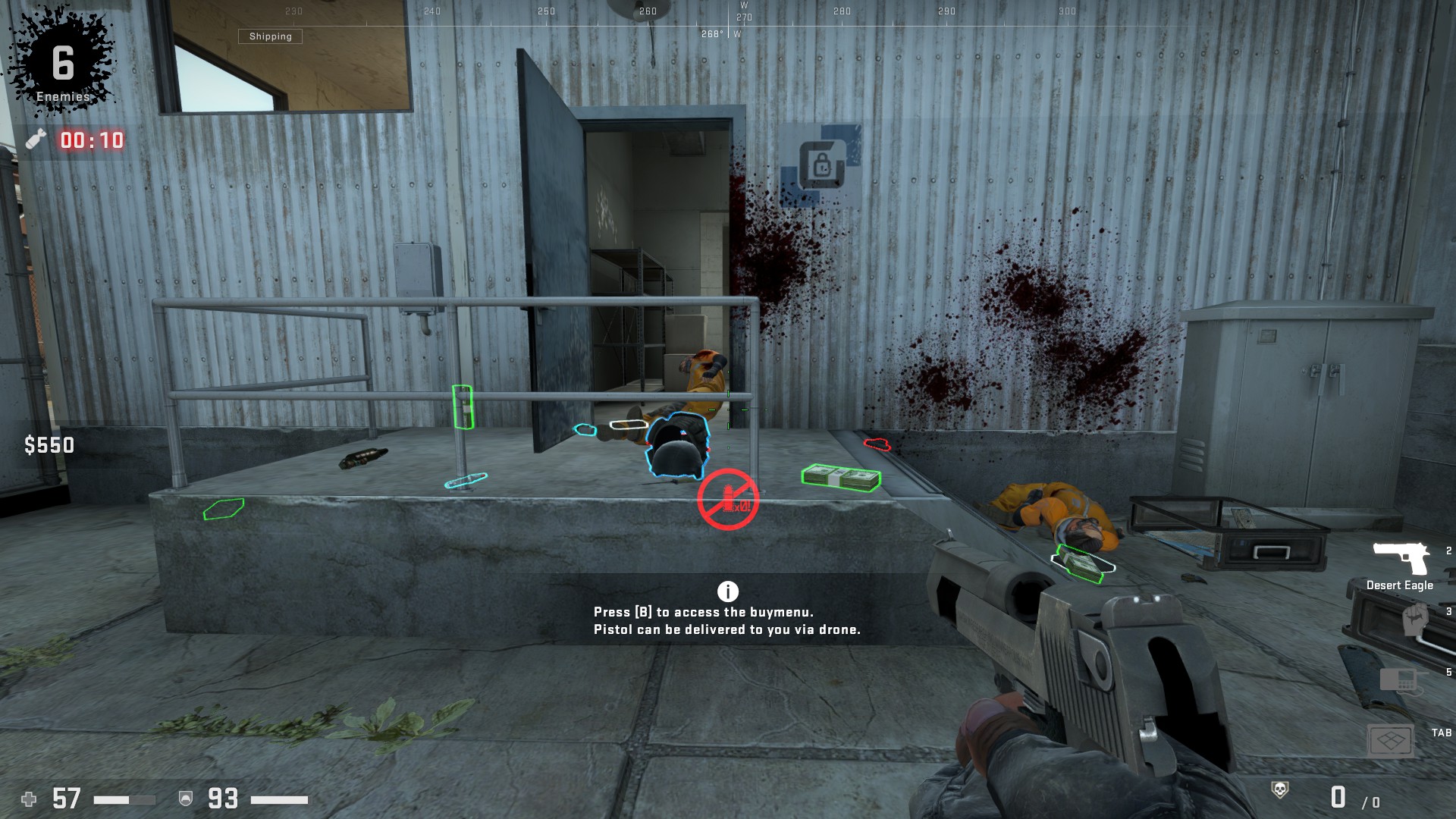 That's not the only system where control snatches the reigns from chance. Weapons and equipment can be scavenged from around the map, but your fate isn't tied to whatever goodies you stumble on. I never thought I'd say this, but thank God for shopping.

Holding B - which again leaves you vulnerable - brings up a drone delivery service. An assortment of randomised weapons can be bought with money that's earned through scavenging, killing, exploring, completing objectives (more on those in a second), or simply surviving. It's an elegant solution to multiple problems endemic to battle royale - an incentive to be aggressive tied to a system that rewards good decision making, and wrings you out to dry if you make the wrong choices. "If only I'd bought that sniper rifle", I curse. "If only I'd grabbed some armour."

Then again, maybe I'd have died on delivery. Those drones aren't subtle: they're big, whirring chunks of metal that reveal exactly where you are - unless you toss your tablet away, and let the drone drop your stuff over it. It's a technique I've yet to usefully employ - but I'm enchanted with the possibility of setting up ambushes, baiting traps with tasty crates from the sky. 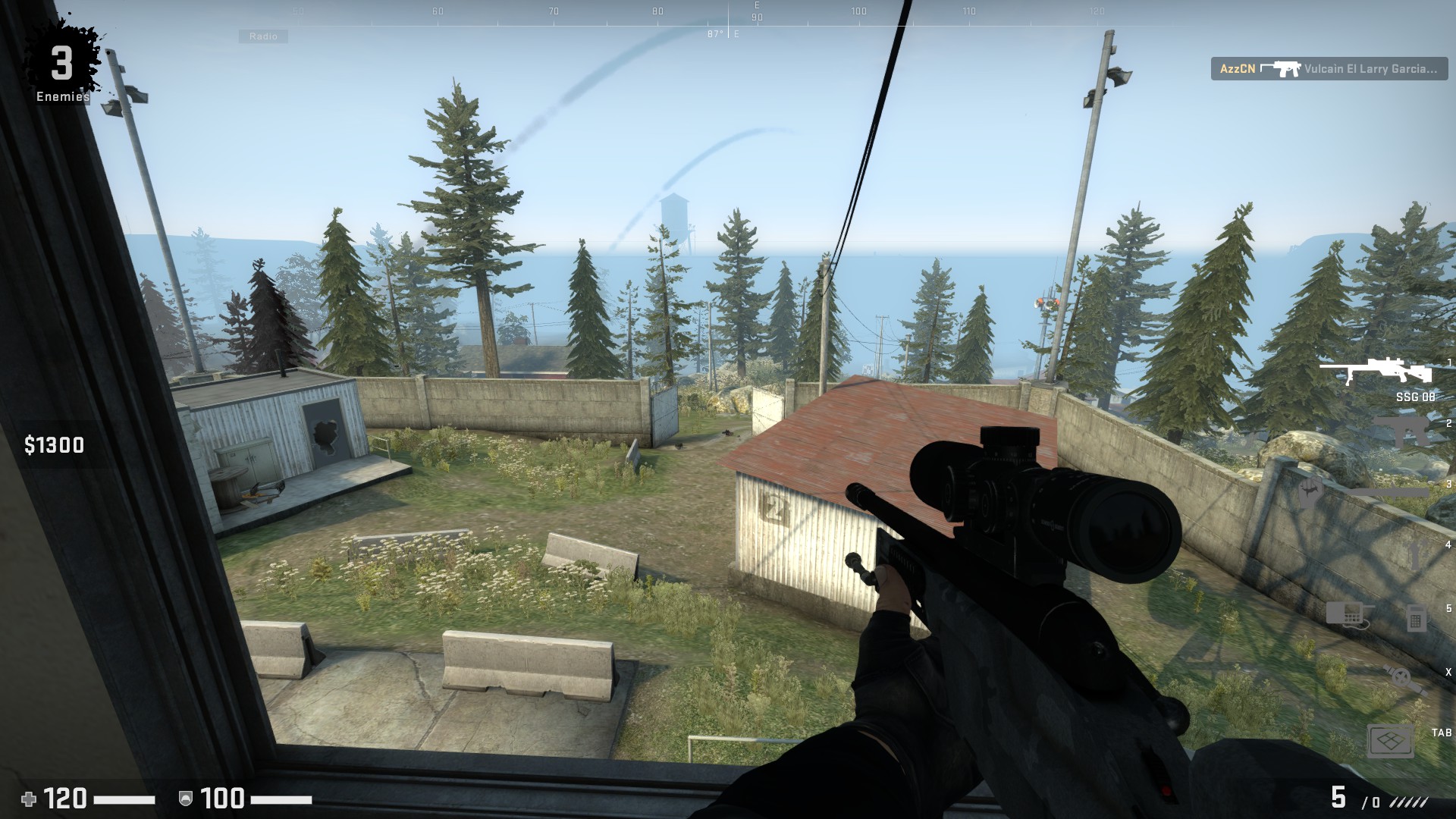 You can even upgrade your tablet to track drones on the map, or save up for an expensive one that reveals enemy locations more precisely. That's a ridiculous advantage, but comes at the cost of firepower. Unless you pinch that from someone else.

You can't just hole yourself up somewhere and cross your fingers. Or you can, but then you'll probably lose to whoever's been roaming about the map, snagging kills and completing objectives. One of those has you escorting a hostage to a rescue boat, slinging you a concrete goal and a man over your shoulder who breathes creepily in your ear. There's only one other mission type, which gives you a specific player to hunt down. They're simple tasks with modest rewards, but more important than the dosh is the structure they provide. 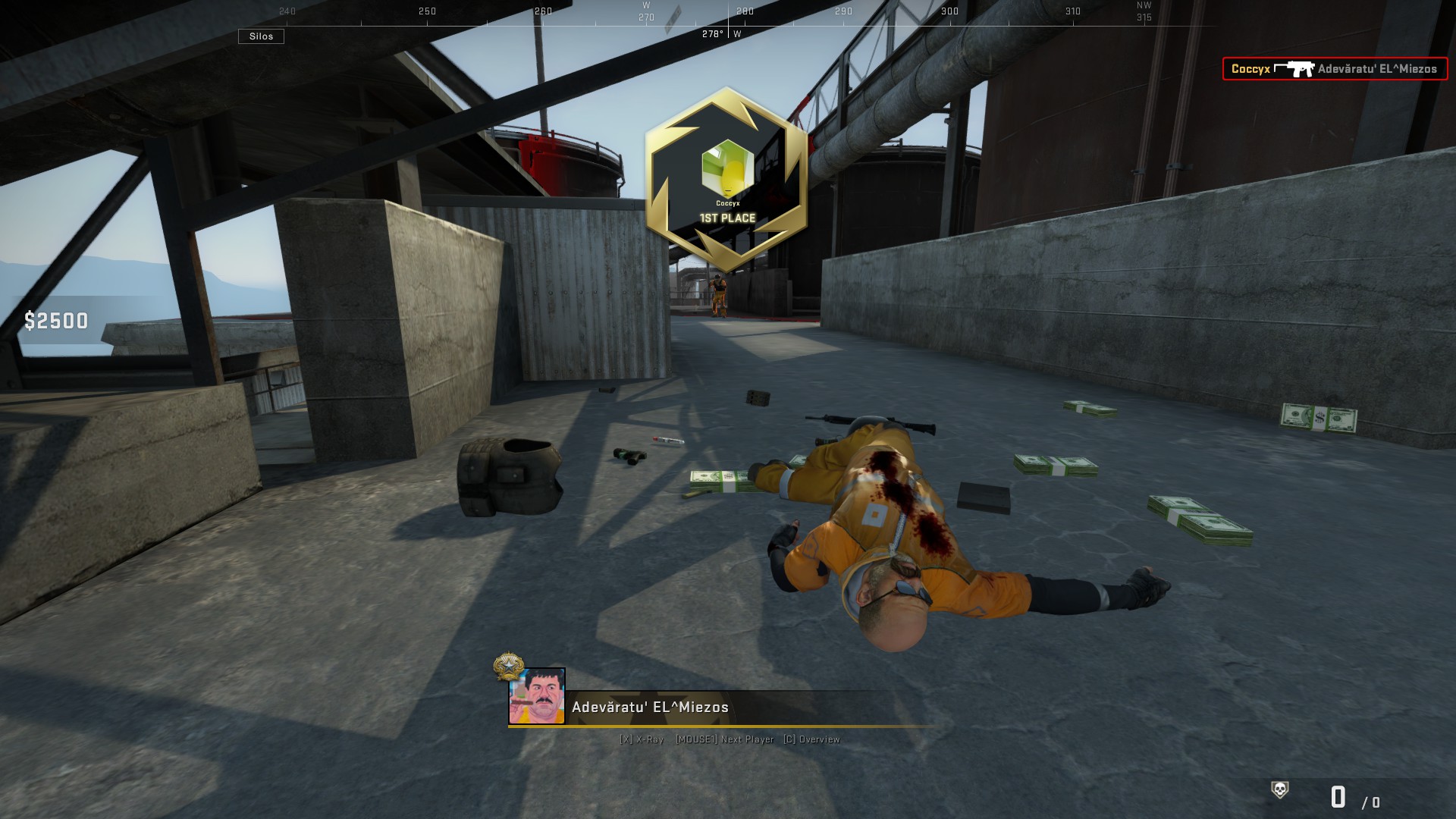 It feels like Valve have sat down and taken a good look at problems with other royales, then addressed them through systems that introduce interesting decisions while simultaneously pushing players towards conflict. It's not perfect - I'm not a fan of Counter-Strike's silent, glidey crouch walking, and being matched against veterans can be gruelling.

Still, Danger Zone's ideas have shaken off much of my battle royale fatigue. That's no small feat.