The Iron Lords will return to host Destiny 2's Iron Banner PvP event again next week but no, Bungie won't have fixed the balance issues and bugs currently plaguing PvP. Chief among these is Lord of Wolves, a shotgun which has dominated on PC for six weeks now with ten-shot bursts of flame able to kill a spaceman at rifle range. It's everywhere and it sucks. Bungie said they couldn't rush a fix without crunching, and I respect that, but their lack of vision and attention for the PvP 'Crucible' modes is really showing. I'm disappointed to still be waiting for vital fixes for one of my favourite parts of the MMOFPS.

Another major PvP issue right now is a bug which sometimes makes players near-invisible. That's pretty bad. Don't expect that to be fixed until after Iron Banner, July 30th at earliest.

Lord of Wolves has been in Destiny for ages but only became a problem on June 4th, with a balance tweak at the start of of the Season of Opulence. The Exotic-rarity shotgun naturally fires bursts of five shots in quick succession, and would originally temporarily boost to ten-shot bursts after scoring a kill. Opulence changed Wolves so players can switch to the ten-shot mode at will and, many soon realised, that's mighty powerful in PvP.

The current Lord of Wolves can easily kill players at ranges usually reserved for rifles. Up close it can even put down a player who's activated their almighty 'Super' ability. And with the fast spread of bursts, it's very forgiving to poor aim. It's not unstoppable or the best gun for every situation but it's strong enough for most. I often see half the players in a match riding Wolves. While I understand the gun's less overpowered on consoles, I'm not playing on console. All Crucible has been frustrating all season, which is a shame because I adore the ranked Competitive mode.

Yeah I could sling Wolves myself, but what kind of dickhead do you take me for? 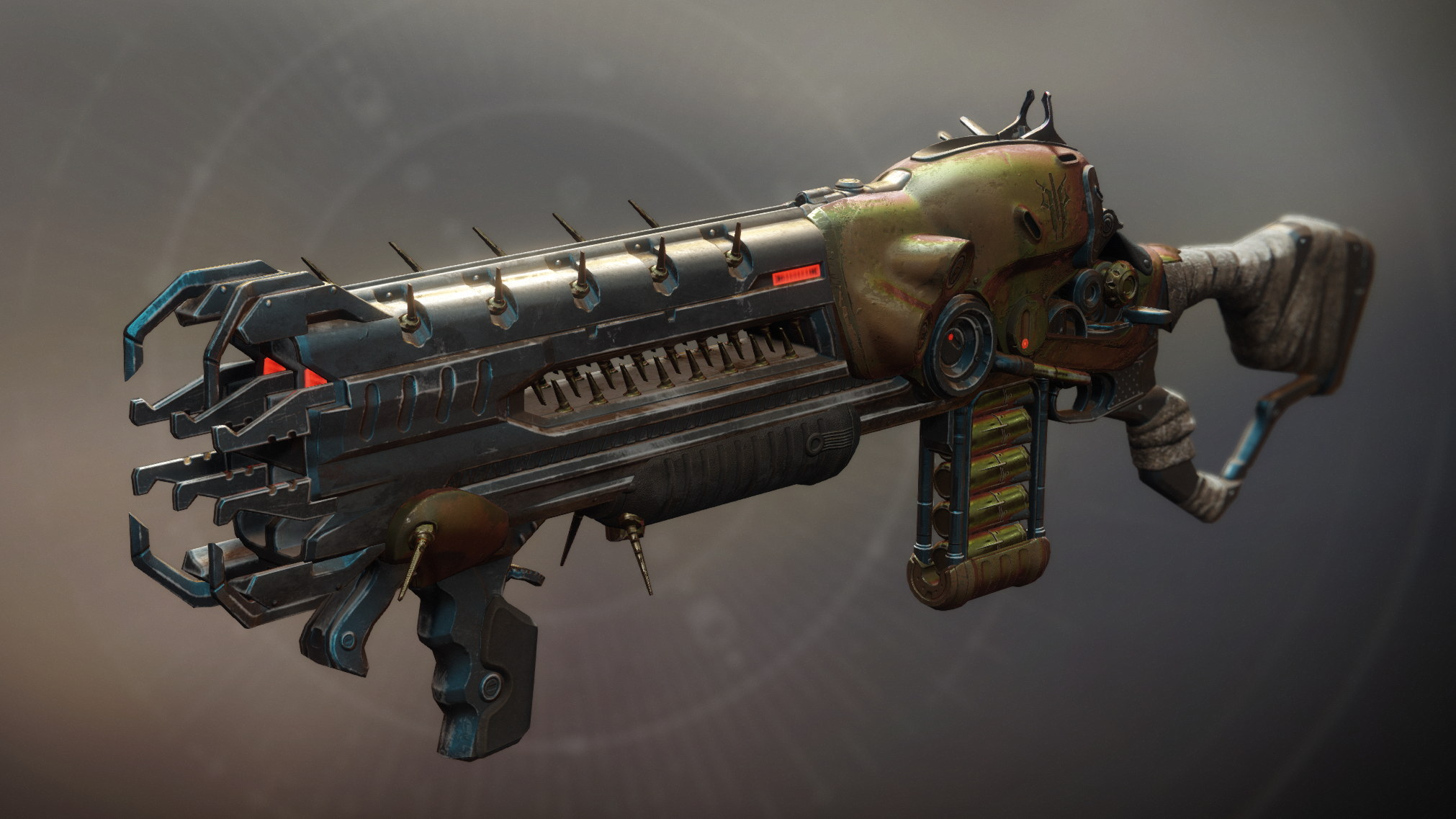 Bungie discussed Lord of Wolves in June, strongly implying with talk of "the week when the Wolves ran wild" that they'd fix it before the next Iron Banner week. Well, Iron Banner returns on Tuesday, and Bungie said last night that "This will be the last Iron Banner before we deploy an update to Lord of Wolves." So the Crucible still sucks for this event and beyond, and Bungie still haven't said quite when to expect a fix. Getting a special emblem as a reward for playing Iron Banner during this mess isn't much consolation for eight weeks, minimum, of broken balance.

The reason it's taking so long to fix Lord of Wolves is that Bungie don't want to break their patching schedule and "ask a bunch of people to work super-long" to fix it sooner, game director Luke Smith said during a June livestream. "We're having the conversation about: is it worth doing that, or is it better to preserve the work-life balance and ship it later in July?" he said. I respect that. That's good. I don't want them to crunch to fix things. I do want them to resolve whichever issues mean mistakes like this keep happening in the first place.

What's concerning is that Bungie know they're unable to fix PvP issues with any haste but they keep launching updates introducing major problems. The Crucible was also trashed for weeks earlier this year by the magical elixir of the Revelry event turning it into a spamfest. I won't guess at how this keeps happening or try to assign blame, but the end results suck for me as a player.

I am excited for the future of Destiny 2's PvE, with September bringing goodies including a new expansion and free-to-play edition and fashion changes. I am growing ever more concerned about the future of PvP.

Oh, speaking of the future of PvE, hey look Bungie slammed a new video last night about Shadowkeep and Destiny's return to the Moon:

That does look very nice. I am still frustrated about Lord of Wolves.