Grenade-spamming Guardians giddy on magical spacepop will continue to muck up Destiny 2 PvP for the next three weeks, Bungie have confirmed, saying they're unable to easily disable the special event item that's causing trouble. The Reveler's Tonic arrived in Destiny this week as part of the MMOFPS's colourful spring event, The Revelry, and can give players huge boosts to ability recharge rates. With the right character build, Guardians can constantly spam homing cluster grenades. That's silly fun in the Revelry event mode and general PvE, but it sucks to face in PvP - and especially the Crucible's ranked Competitive mode. Apparently, it'll continue to suck for the full duration of the event.

If enough people in a match build around exploiting Tonic bonuses, it plays like a wholly different game - one that's tedious, spammy, and basically won by whichever team has the least shame. The tactic isn't unbeatable but it controls the shape of the game, bending it into a frustrating form. Other wacky murderbuilds might yet emerge from other skills too. While Destiny 2's Crucible meta tends to always have a few dominant builds, they're rarely quite so cheesy.

Destiny 2 already has a irregular PvP mode with wacky-fast cooldowns, named Mayhem, but that's always confined to a separate mode because Bungie know not everyone wants that. Tonics, however, are active in all modes and activities except private matches.

Seems Bungie had a little too much fizzy pop themselves, getting carried away with party antics.

"With the Revelry, we wanted to rejuvenate every activity type in Destiny with a global change to the Sandbox meta that lasted for a limited time. We knew this would be disruptive, but were willing to try the experiment because the event only lasts for a few weeks," Bungie community manager "Cozmo23" said last night in a Reddit thread about Tonic-fuelled spam.

"It's clear we overshot – instead of adding excitement and variation to the Crucible (especially in Competitive), we've instead made the experience random and frustrating."

I'm reminded of the time my pals rolled dozens of mudballs for a sort of summertime snowball fight at a birthday party, but only got to throw a handful because tears soon started rolling and parents apparently frown on children pelting each other with sun-baked clay. 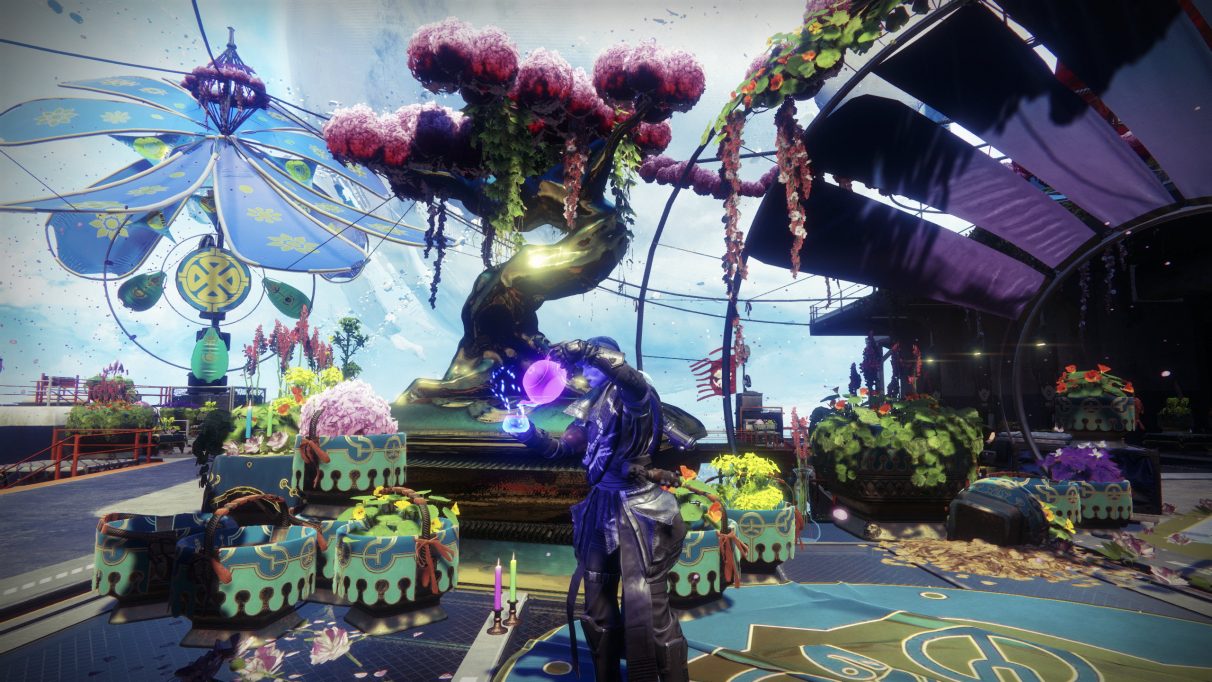 In yesterday's post I said, "Three weeks of Tonic-powered PvP will be awful so I fully expect Bungie to soon disable it in Comp, if not the whole Crucible." Turns out, Bungie can't.

"We don't have the ability to immediately remove Tonics in Competitive via our servers," Cozmo23 explained. "We'll continue to investigate possible changes but this experiment will have to run the duration of the Revelry before we can patch a change."

I am surprised and disappointed to hear they cannot easily turn it off in PvP. The Revelry will end on Tuesday, May 7th, which is long time for serious play to be dominated by spammy garbage. I miss it already.

Competitive Crucible with an organised team is some of the most fun I've had in Destiny 2, challenging and surprising and rewarding, always pushing me to improve. For the rest of the Revelry, it'll push me to either abuse gimmick builds or contort myself to counter them.

"We've learned a lot from the last 2 days of Revelry," Comzo concluded. "The next time we make changes that affect the overall Sandbox for a limited time, we will ensure a much better experience for the Crucible."

In the meantime, I suppose I'll focus elsewhere. The Tower's so pretty with the Revelry's greenery I might just build myself a festive outfit then sit by my spacegrandma Eva listening to her stories.