Devil May Cry 5 doesn't have long until its release date and we got a new trailer that showed off the new character - V, in a lot more detail. In this little guide hub, you can find all the known information about Devil May Cry 5's release date, the various trailers that have been shown off, and details on the special editions and pre-order bonuses available should you wish to splash out. 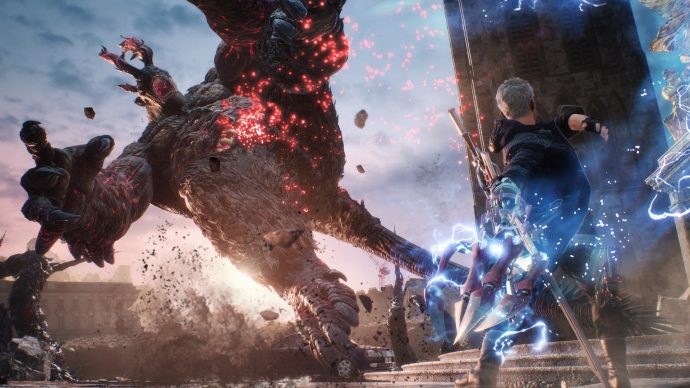 It's going to be a rather busy beginning of 2019 as Devil May Cry 5 will be released exclusively for PC on Steam on 8th March 2019. There will be both a standard edition and a deluxe edition available for purchase.

Devil May Cry features not two, but three playable protagonists, all of which having vastly different styles of fighting. Dante uses his Rebellion Sword, the dual pistols Ebony & Ivory, and various weapons obtained from bosses. Nero uses his new Devil Breaker, which acts like his demonic arm did in Devil May 4 and can be changed with different forms. V meanwhile seems to use powers to conjure up familiars, including a bird, panther, knight, and many more.

The latest trailer showed off a bit more about how V plays. He uses familiars, such as a panther, crow, and a giant hulking beast that we see punching a giant purple goliath in the face. The trailers show him moving very slowly rather than running around, but he does have dashes to avoid enemy attacks.

Devil May Cry 5 supports both online multiplayer and online co-op. Dubbed the "Cameo System", this works by having players encounter other players inside missions, complete with player ratings for how well they did, potentially rewarding them with Gold Orbs for use in-game. Not much more has been mentioned about this however. In addition to the main game itself, there will be a free update in April 2019 that will include "The Bloody Palace" - a gauntlet mode that was a feature in the other Devil May Cry games that Capcom themselves developed. 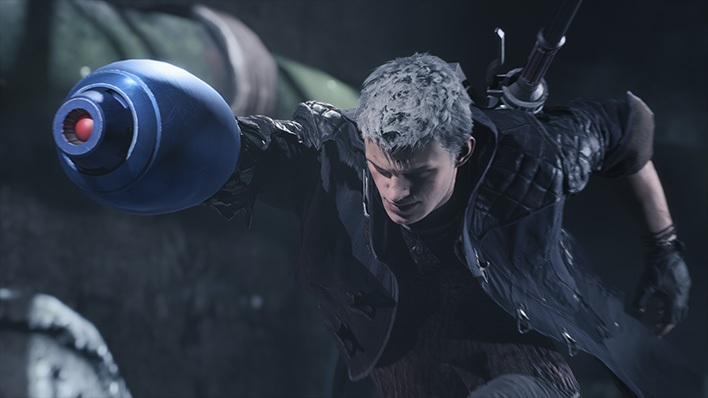 Devil May Cry 5 is exclusively available via the Steam store and will cost you £44.99/$59.99/€59.99 for the standard edition. A deluxe edition is also being offered at £55.10 or around $70/€70 respectively, which includes the following digital items for use in the game.

You can see more of the Mega Buster in action in the video below, but take note of the small line of text that says "Camera angles have been altered for promotional purposes". I know, I'm slightly disappointed too.

Obviously I wouldn't normally recommend pre-ordering games at the best of times. Having said that, what you get varies ever so slightly depending on which version you pre-order. For the standard edition, you will get alternative hero colours for Nero and Dante, as well as alternative heroine colours for Nico, Lady, and Trish. There's also an official Devil May Cry 5 wallpaper to stick on your desktop if you so wish.

The Deluxe edition pre-order includes all of this, as well as 100,000 red orbs to use in-game, which are the game's primary currency for upgrades and are otherwise only obtainable in-game from killing demons. 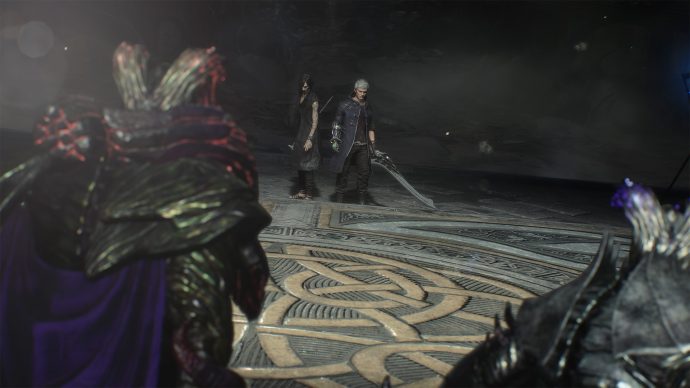 Finally, I'll leave you with the minimum and recommended system requirements that Capcom have posted on their Steam store page for the game. How the game will perform will vary wildly between systems, but the combat tends to be quite fluid in Devil May Cry games, making having a PC that will comfortably run it important. This doesn't have the most intimidating required specs though, so shouldn't be much of a stretch for most medium-spec PC owners.

That's what has been shown thus far by Capcom but we will update this hub with more details in the coming months until the game's release, such as  Keep checking back until then.

More On Devil May Cry 5