Let’s all take a look at Disintegration, shall we? It's a sci-fi FPS where you're a “Gravcycle” pilot: a drone of death floating above the battlefield, tossing down bombs and commands like a seagull on a power trip. The trailer is bobbing along below.

According to publisher Private Division, Disintegration is about a dying humankind’s overly enthusiastic embracing of technology to save themselves. Their brains are encased in robot bodies, which is anyone could predict would create some tension in the world. Robo-supremacists arise, and you’re the only gravity-defying birdboi capable of stopping them. 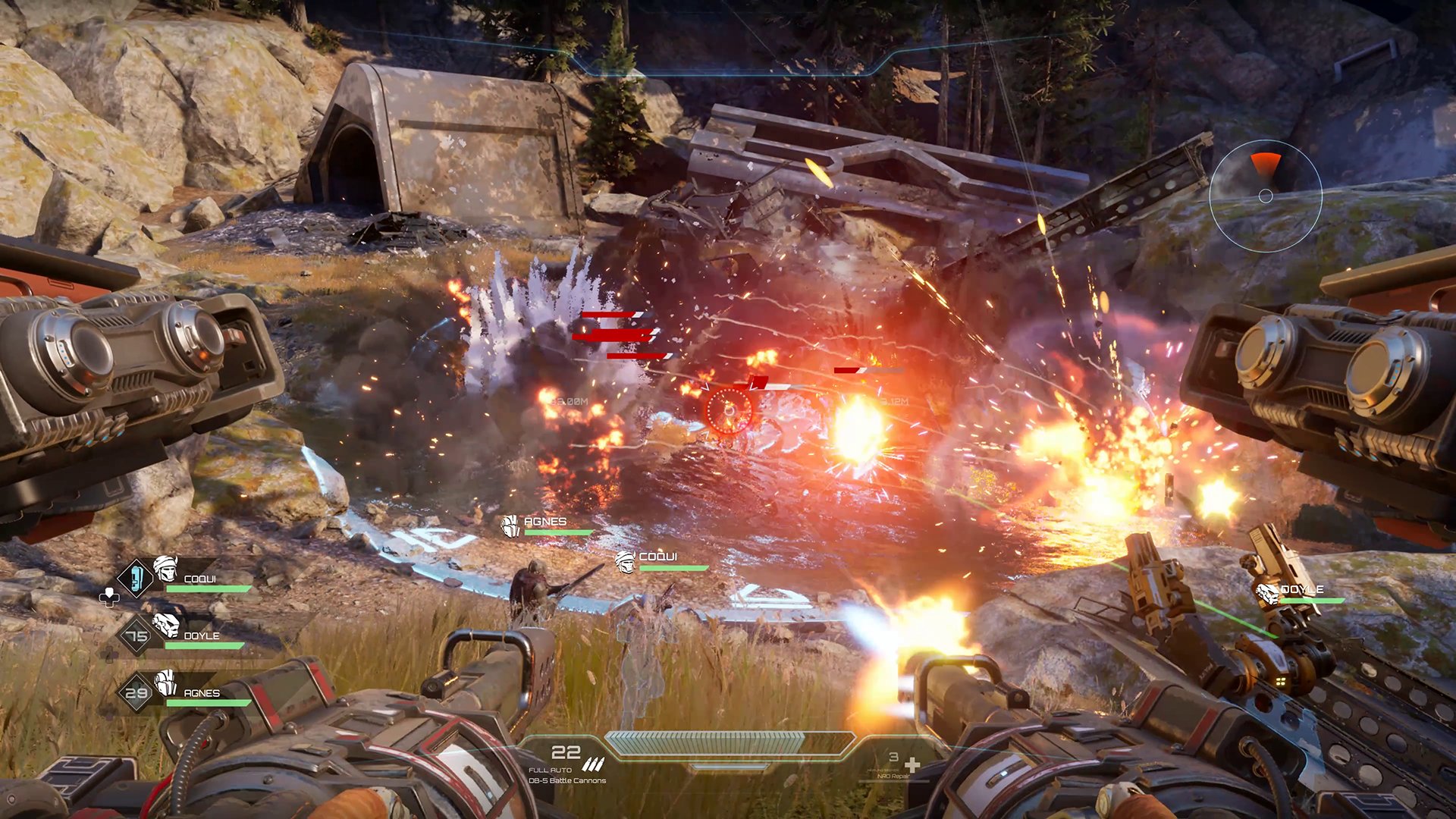 Also, you’re called “Romer Shoal”, a name worthy of its own paragraph.

There' lots of shooting, obviously. But the elevated platform brings a few neat tweaks to the shooterings. You’re pretty slidey up there, so even though the perspective is that of a typical mech game, there’s a hell of a lot of dodging and gliding that looks like it could be fun. You also have the vantage point to control a small squad 'neath your wings. Your scuttling land allies are a crew that you send into battle, so you have to manage their movements as well as dodge and blast from the skybike. They all have names, which means I’ll become far too attached to them. Halo art director Marcus Lehto is in charge at developers V1 Interactive, so I'm going to blame him if I cry. 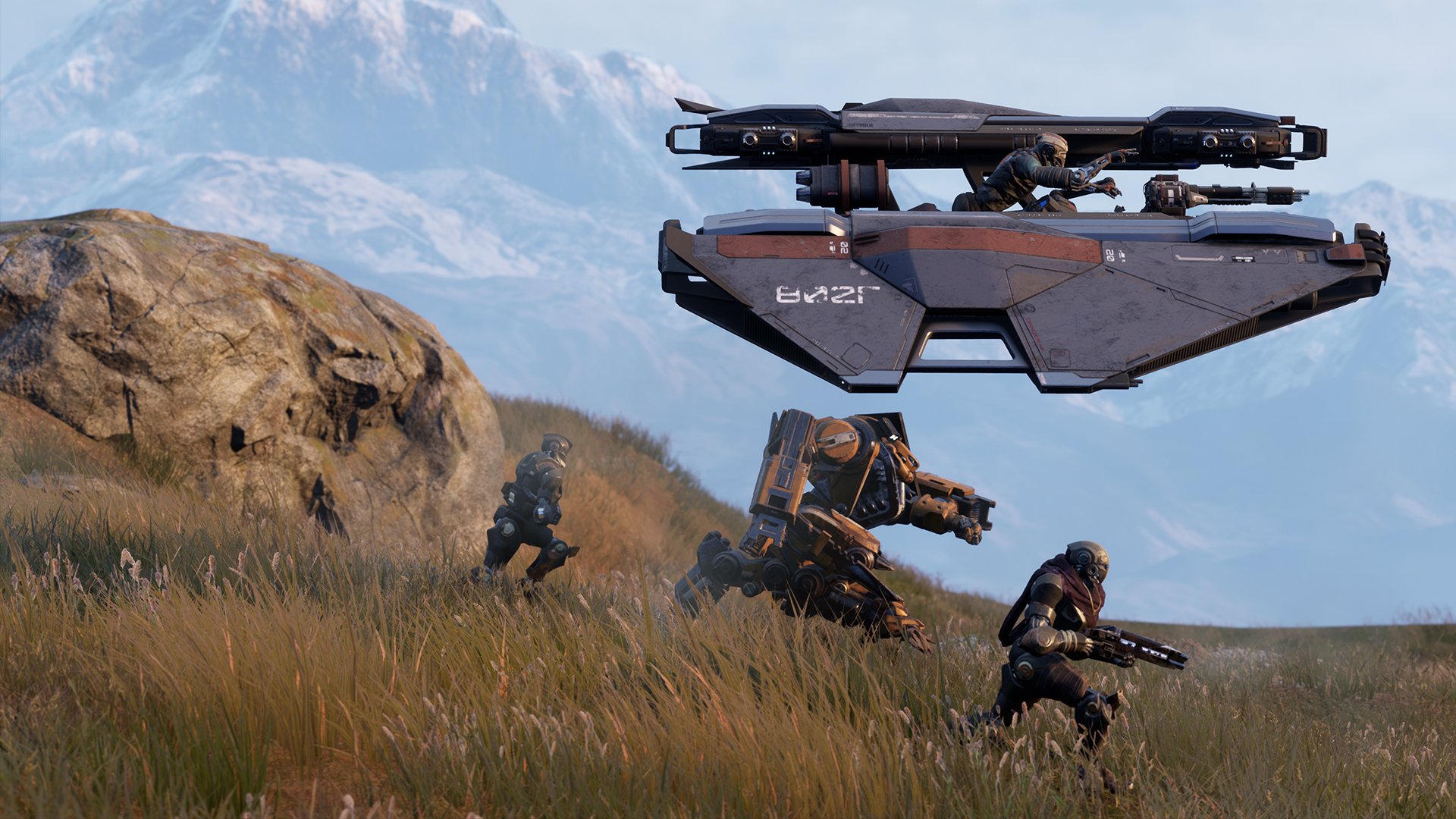 Oh god, it’s the same deal in multiplayer, just team-based and PvP. I will hunt down anyone who hurts my Agnes. I mean it.