Disintegration, the upcoming game from V1 Interactive about flying around and shooting people on a tricked out hoverbike called a "gravcycle", goes into open beta today. Lead by Marcus Lehto of Halo fame, the developers are inviting as many players as they can to come and test their game. With two modes and seven gravcycle crews on offer, it's a chance to get your hands on it for a short time before it releases later in the year.

Disintegration boasts a new hybrid genre, which is essentially an FPS with RTS elements. Lehto thinks this mix of styles will make Disintegration stand out amongst games like Destiny and Anthem, he said during a recent press conference.

I feel like I might've been missing something when I played the technical beta this week, because at the moment the multiplayer just feels a lot like most other team-based games - select a brightly coloured character, capture a point, kill some dudes. During all that, you control a little squad of NPCs and direct them around to do things for you while you hover above and attempt to protect them. Though to be honest, most of the time I was so distracted by other groups of gravcycles teaming up to shoot the shit out of me I just found it difficult to pay attention to them.

The game modes on offer are Zone Control - the typical A, B, C point capture - and Retrieval - as the name implies, you and your crew need to retrieve an object, and bring it to a seperate area to capture it. There are seven different crews to play as with unique abilities and play styles, and I'm quite partial to the one that looks like a ye olde knight. 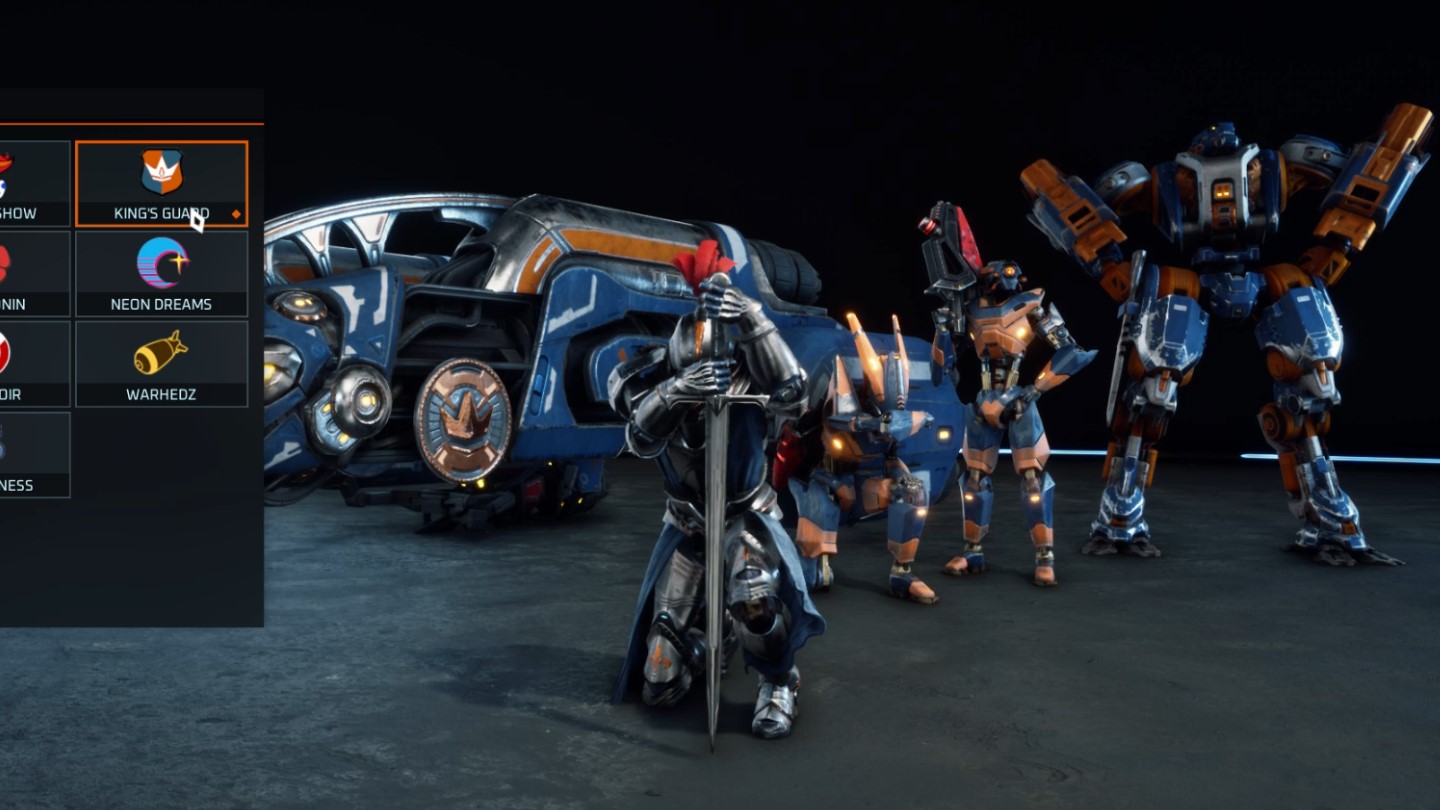 The single-player has a promising story - set in a dystopian world where humans have had to put their brains in robots to survive, an evil faction of these bots wants to hunt any remaining natural humans to force them to integrate. You'll play as a defect from the evil baddies, and need to work with other gravcycle crews to find a way to become human again, and ultimately save humanity. Unfortunately, the beta is just for multiplayer testing, so no single player just yet.

Regardless, if, like me, you're still not sure about Disintegration's multiplayer, having a go while it's free in beta is definitely a good shout. The open beta is available for everyone on PC via Steam, PS4 and Xbox One from 6pm GMT today until 7:59am on Sunday 2nd February. You can find out more on the Disintegration website.