While cheap air fares have opened up far-flung places like Mexico and Thailand to stag & hen parties, there's a lot to say for celebrating your last weekend of freedom somewhere familiar. After larging it in Miramar, Sanhok, and Vikendi, we found ourselves reminiscing about favourite spots on Erangel, old banter-related accidents, and one particularly rowdy night out round Rozhok. It was decided: we would return to the traditional hen heaven of Playerunknown's Battlegrounds to see how it's changed over the years.

And changed it has! Something wonderful has happened on Erangel while we were away. A surge of community pride seems to have swept the land.

Even once-bare traditional wooden houses have been painted gay colours. 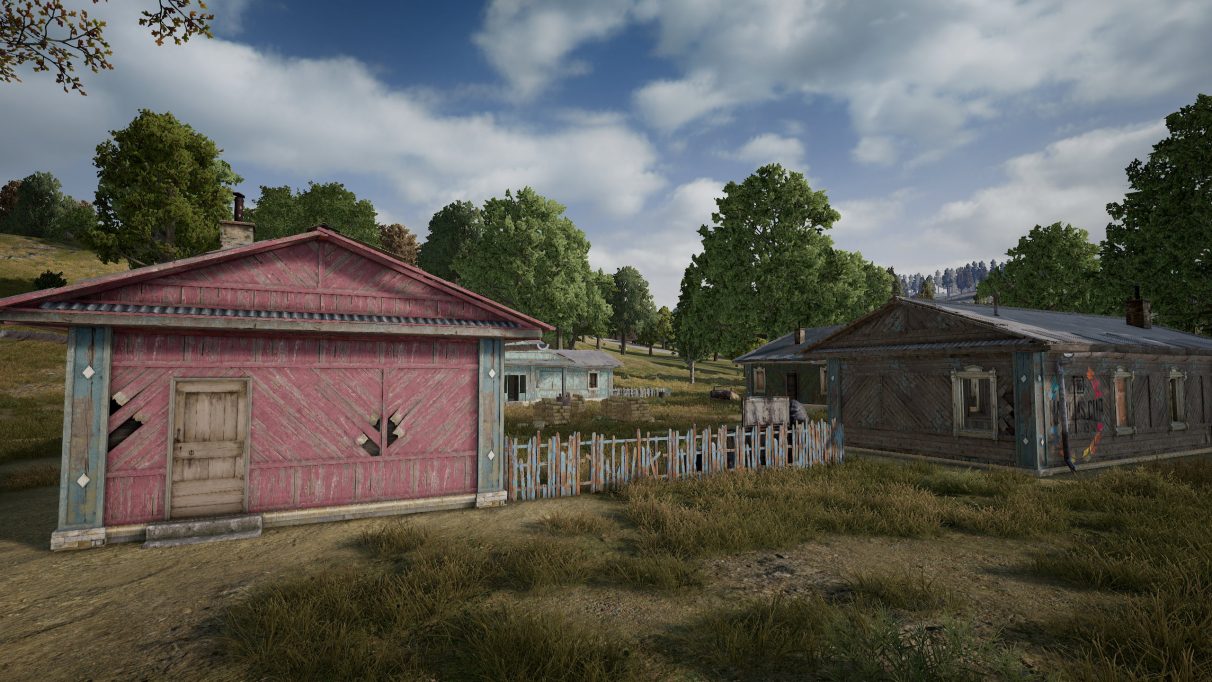 So many colourful flags and banners are hung around! 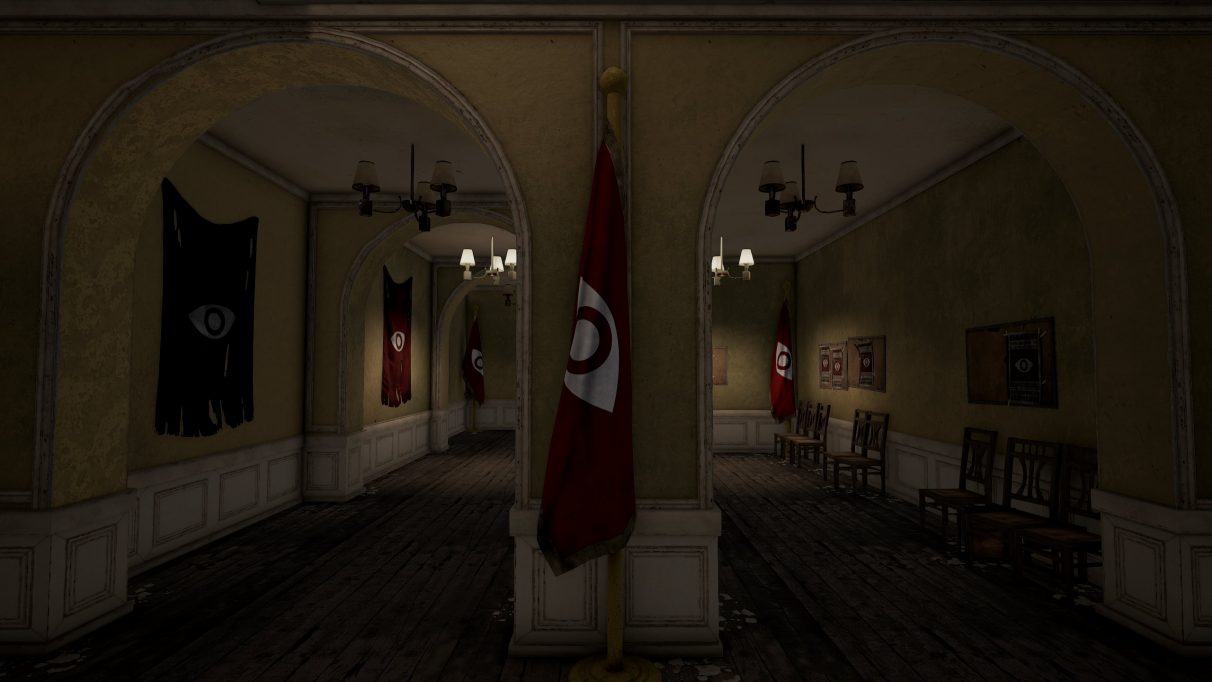 Someone's forged busts of their beloved dad, I guess. 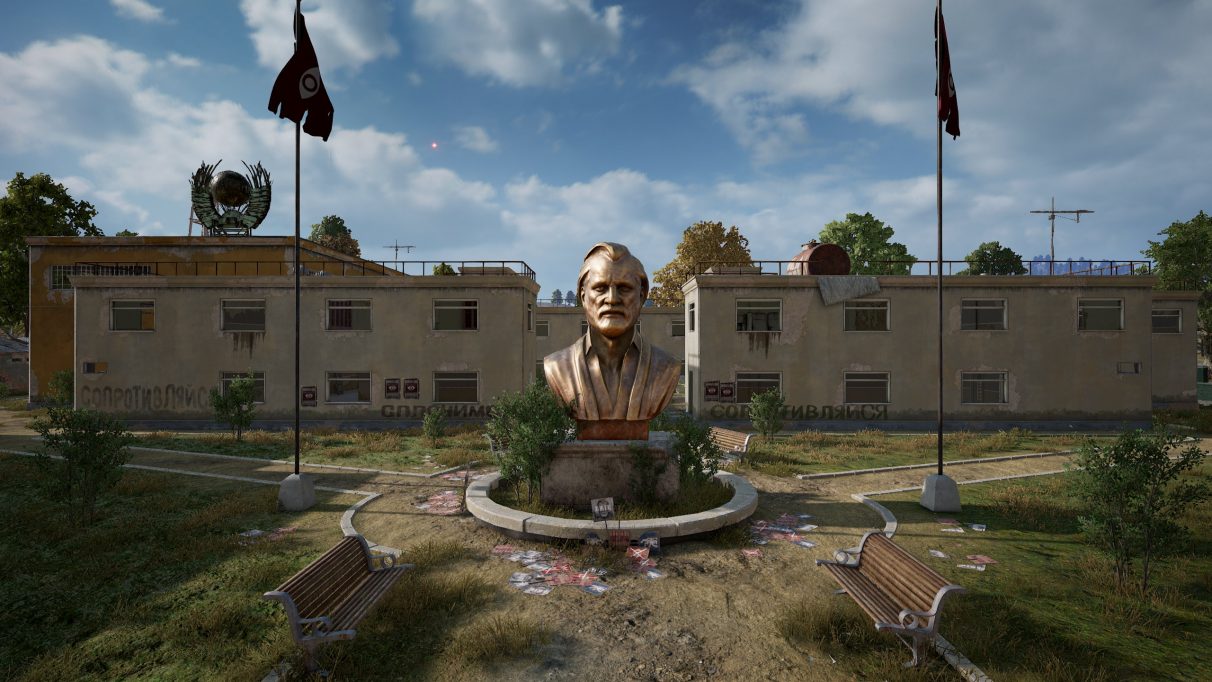 What a grand cultural revival we have evidently missed. The arts and culture have clearly flourished too. 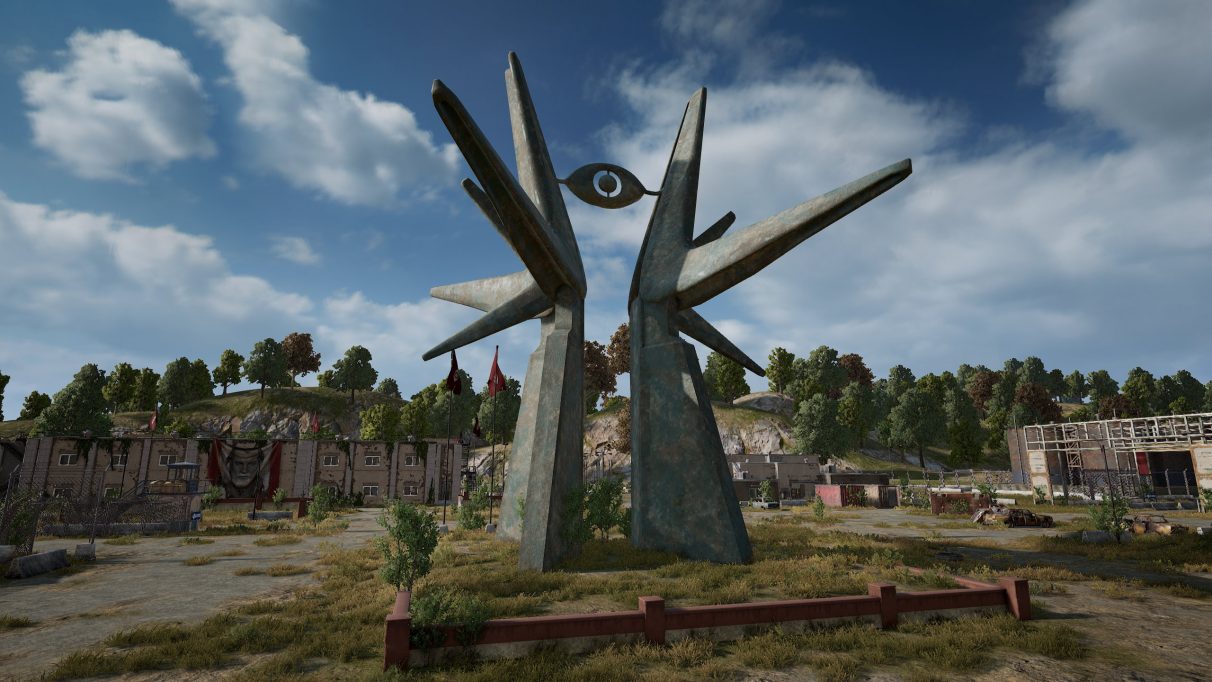 An old warehouse has been replaced with a museum/gallery. 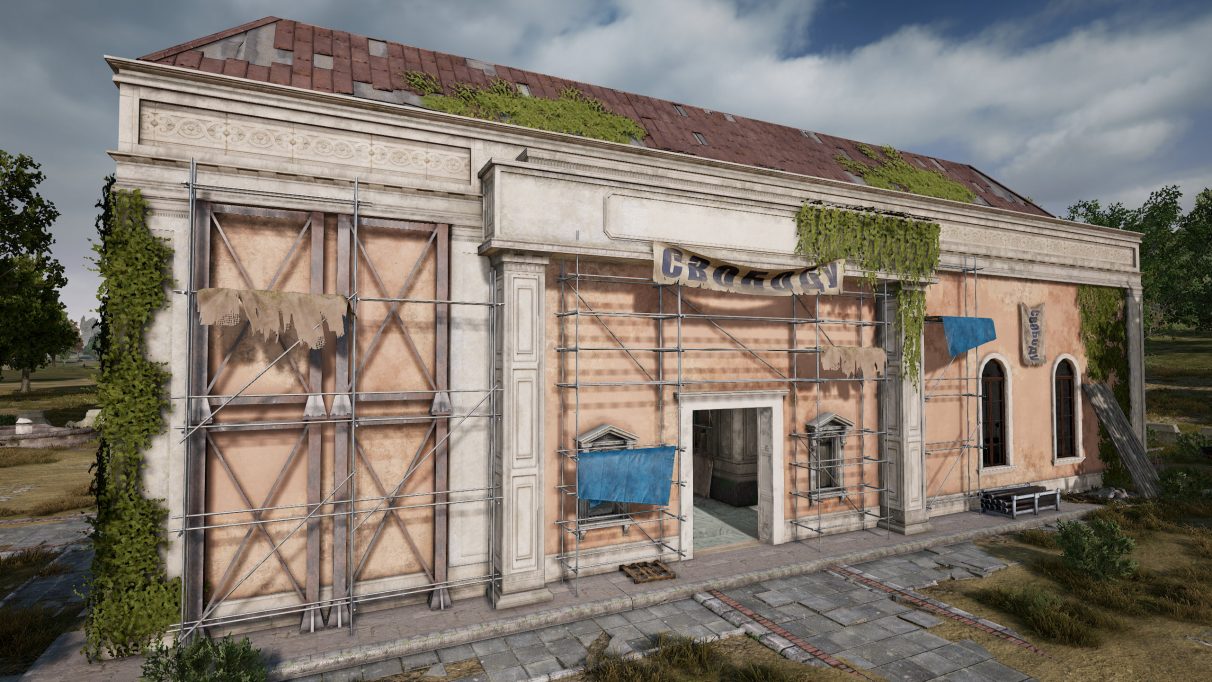 It even has a big model plane hanging from the ceiling! Though no, I could not manage to climb up to it. Consider that a challenge to you on your next visit. 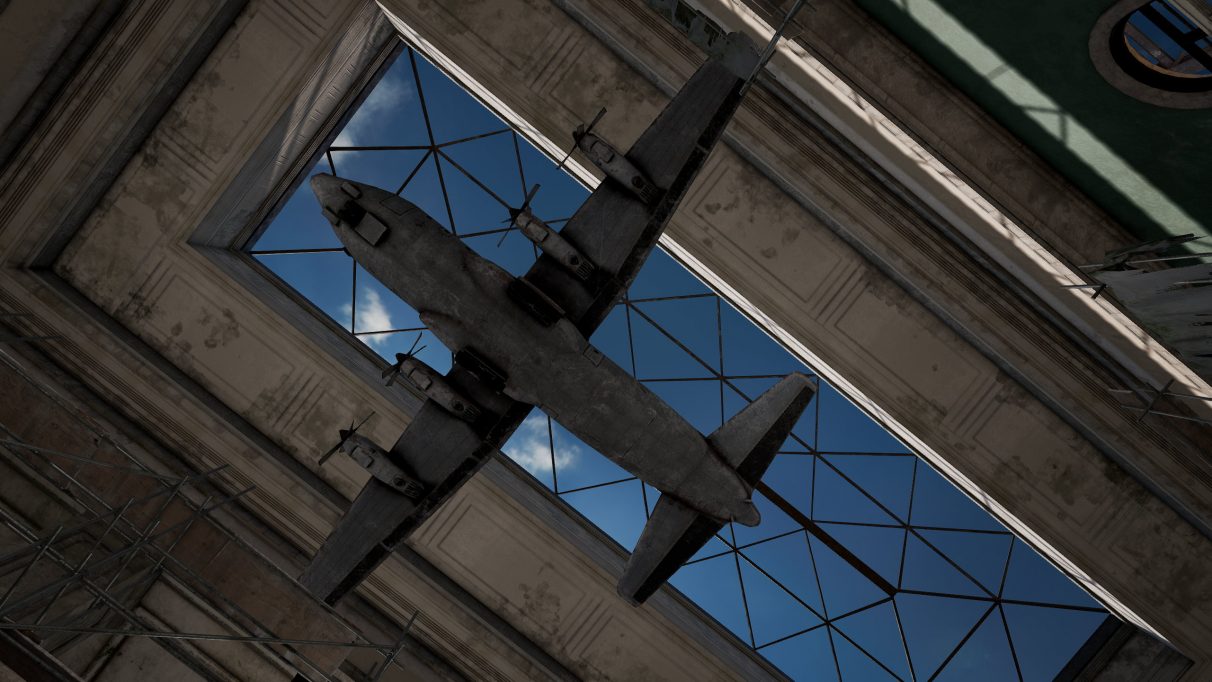 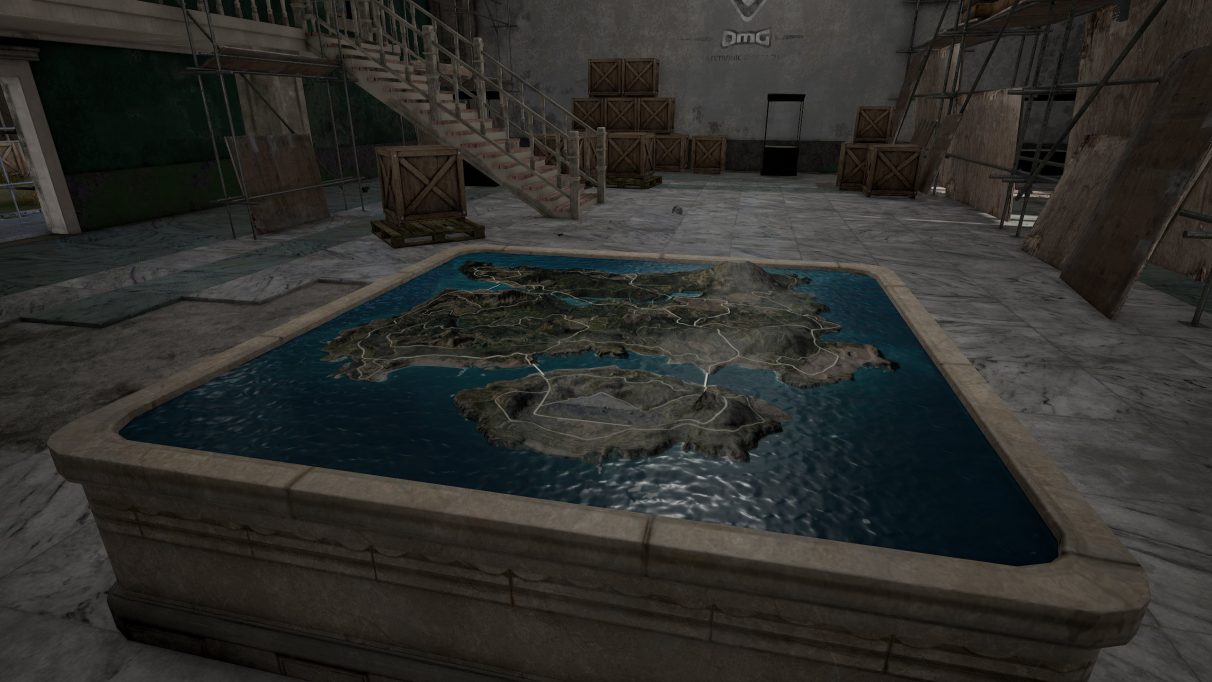 Music has flourished too, with pianos now all over the place. I'm sure the locals would be disappointed if you didn't bang out one of the two songs you know, Chopsticks and the Big Breakfast theme. 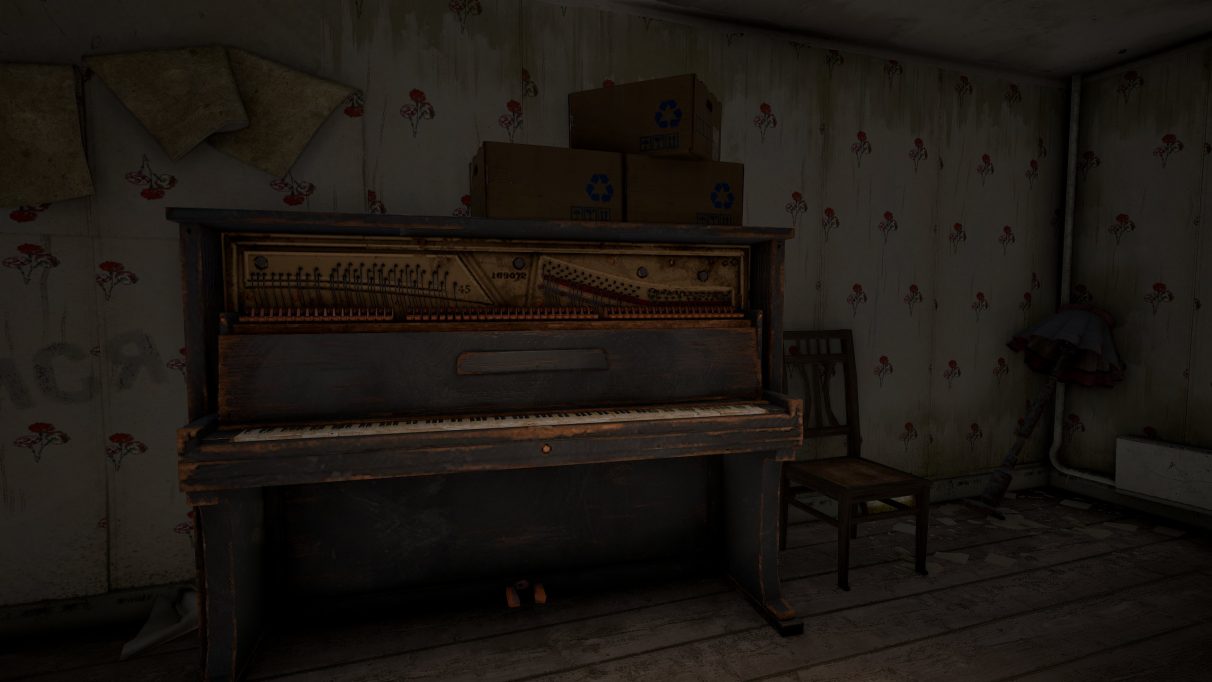 While once Erangel did feel a bit of a shell waiting for stag and hen parties to fill the bare rooms and echoing warehouses with monster raves and japes galore, it has since developed a culture of its own. It feels lived-in.

I do recommend booking a tour of the new power station. The authorities have clearly invested in infrastructure, fitting it with pleasingly chunky new turbines. A must-see for anyone who appreciates banks and banks of humming machinery (I've never seen so many knobs!). 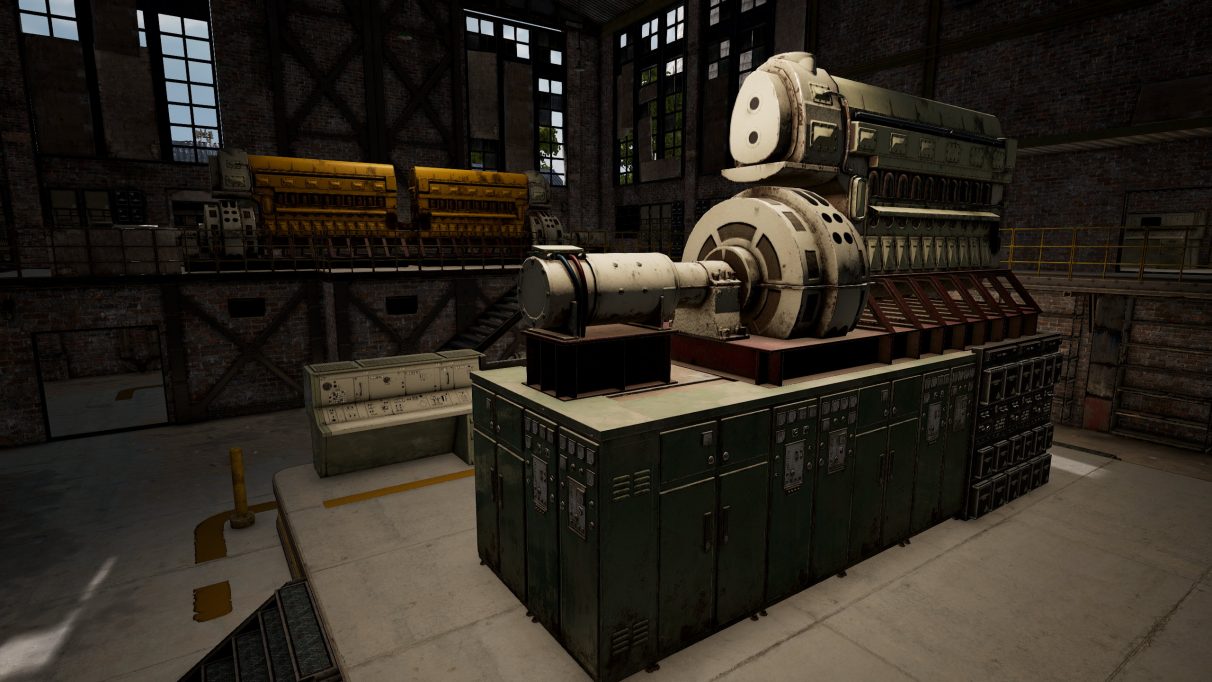 The defunct old power station nearby has been redecorated with colourful tiled walls too. I can strongly recommend pressing your face against the wall on a hot day with a killer hangover. 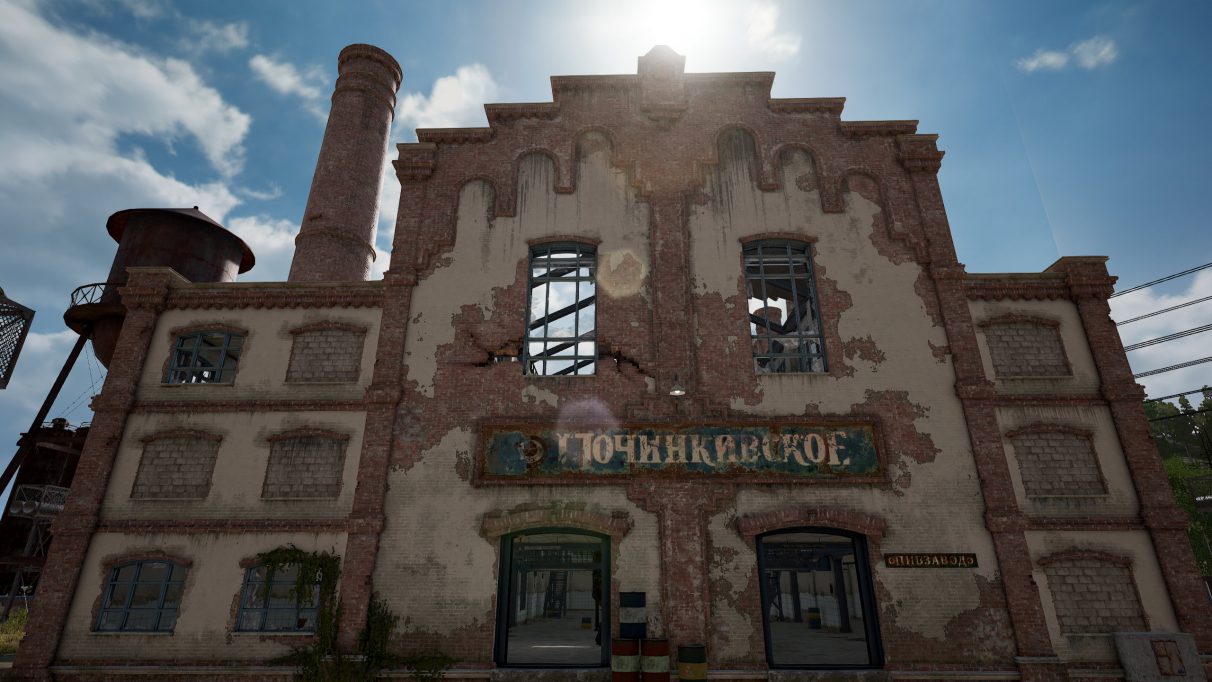 Something wonderful did happen on Erangel while we were away. And something terrible happened after that.

Despite our initial visit to Erangel being only two years ago, it seems to have since gone through both that boom and somehow decades of decline.

While I couldn't find anyone alive to explain, the plane did show a video with some auld fella saying there's all these murders and he thinks that's great? He says watching us all the time? But, as a pal pointed out (wotcha Jonathan!), that was probably be the universe-establishing intro video for the escape room we're doing Sunday. That must be it. I can't think of any other reason we'd have all this murder wank on our hen weekend. 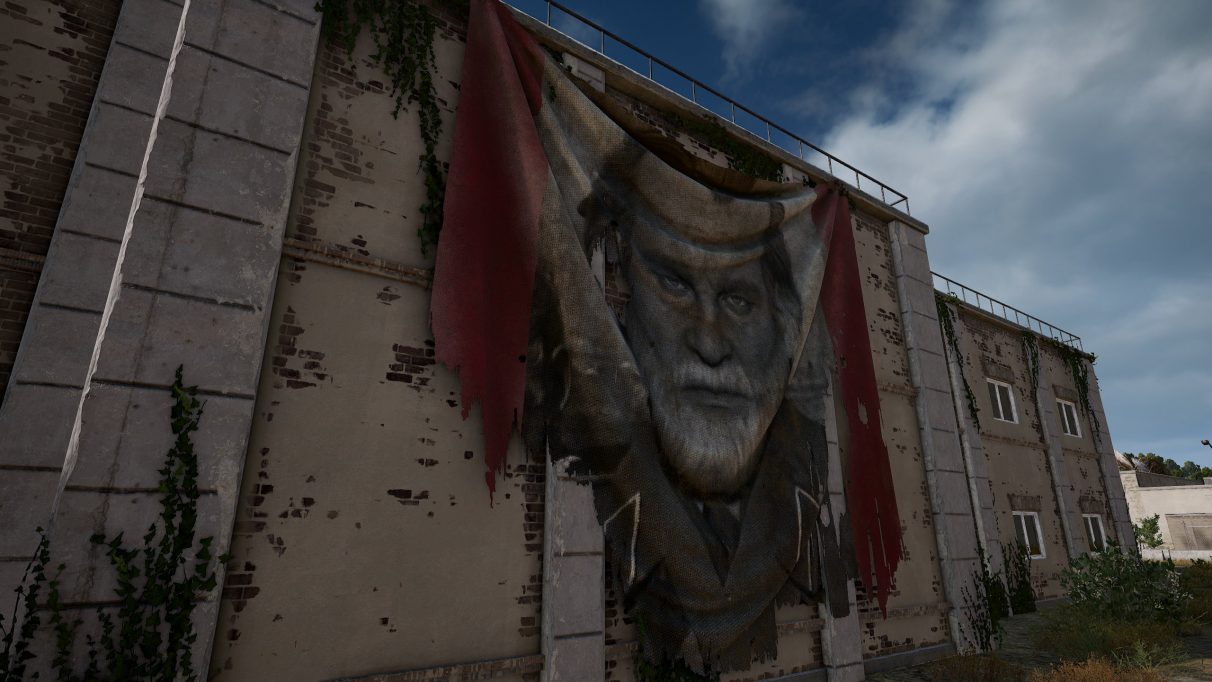 Naw, for my money it was the football. Them eye lads in red and black (the Pochinki Peepers) are clearly the biggest team on the island but I've found a few signs of another team (the Lipovka Lions?). A load of passionate lads were here once, now gone, and all I can think is the cup final turned a bit grim. We've all been there. 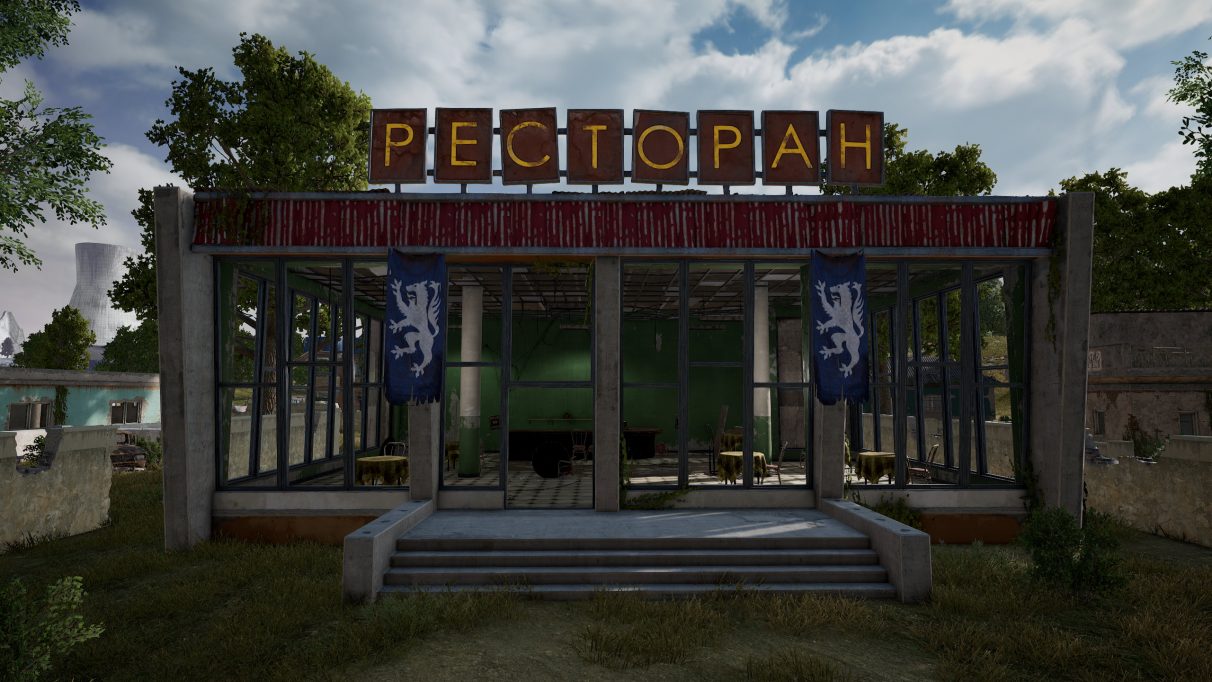 I'm sure they'll be back soon. I hope they will. They must. We're supposed to go skydiving tomorrow.

So sure, everything's trashed and overgrown now, but isn't that an attraction? 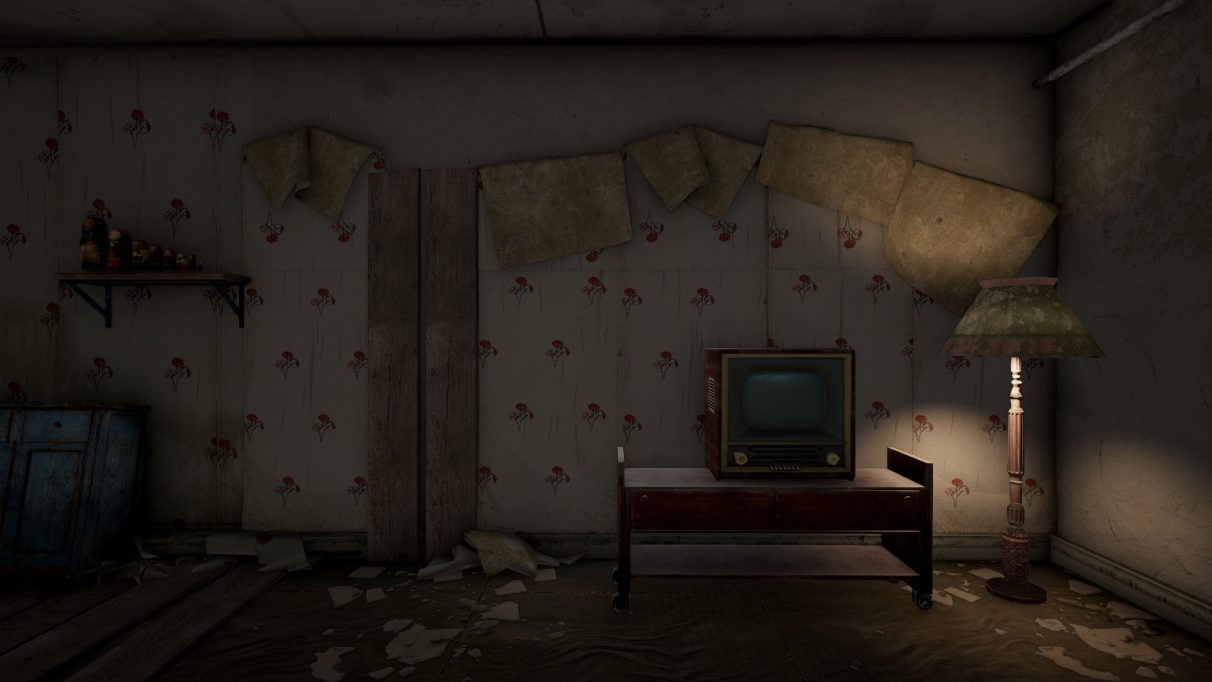 Wipe vom off your chin onto a rotting wallrug and you've made a profound statement on the collapse of the home life. 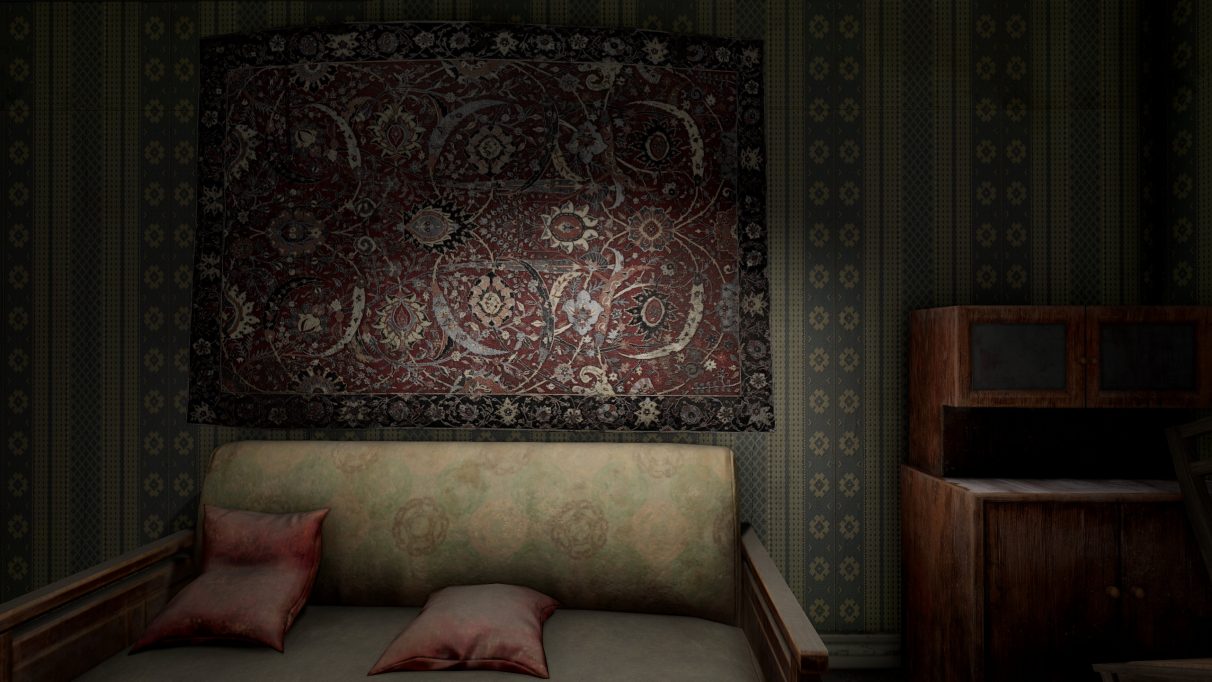 Reheating your chips in a kitchen beneath some old dear's smalls is an act of artistic rebellion. 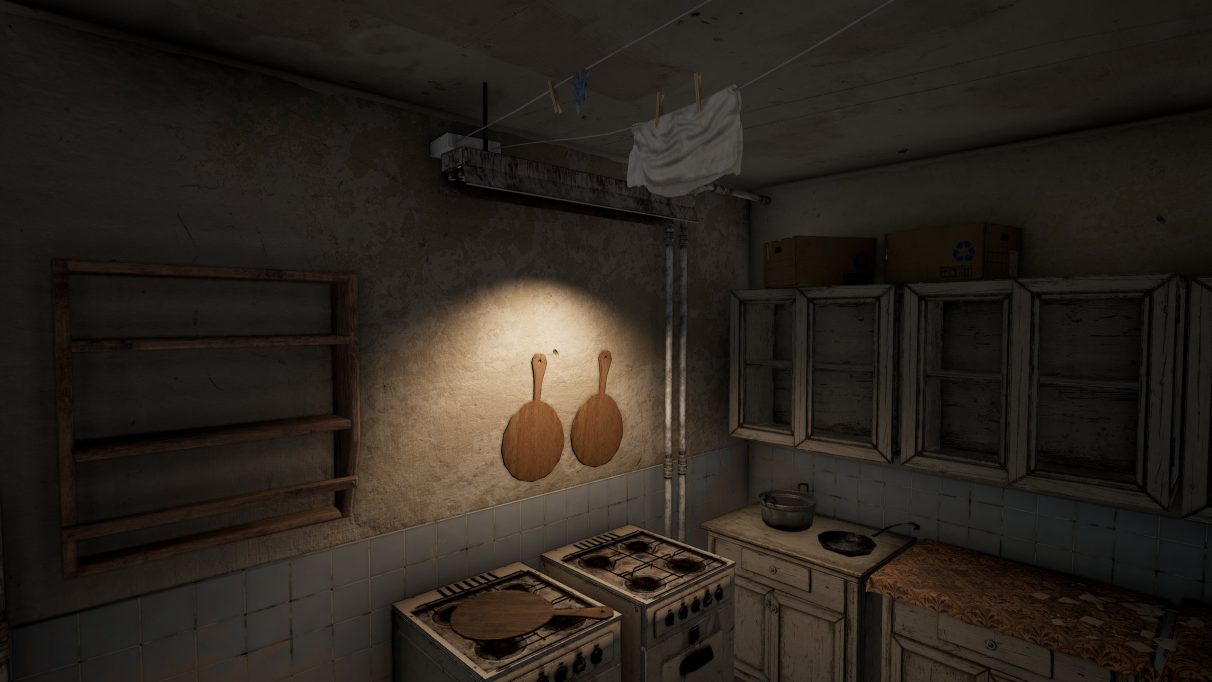 Clamber up an ivy-caked house and you've both completed a dare and demonstrated how nature is indifferent to our plans. 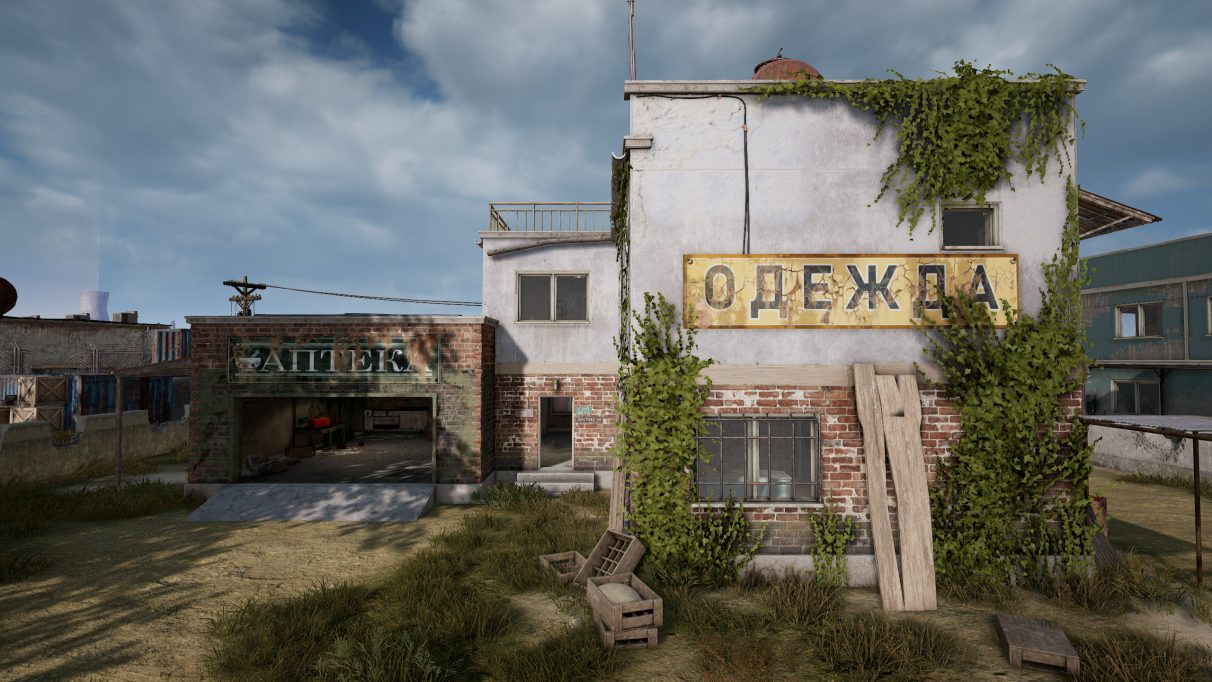 It is a great playground AND it really says something about human nature, yeah?

No doubt you'll been keen to loot a gift or two for your pals back home. I think it is technically considered a war crime under international law, but I'd recommend picking up one of the many matryoshka families lying around. Nested, they're a very efficient gift luggage-wise. 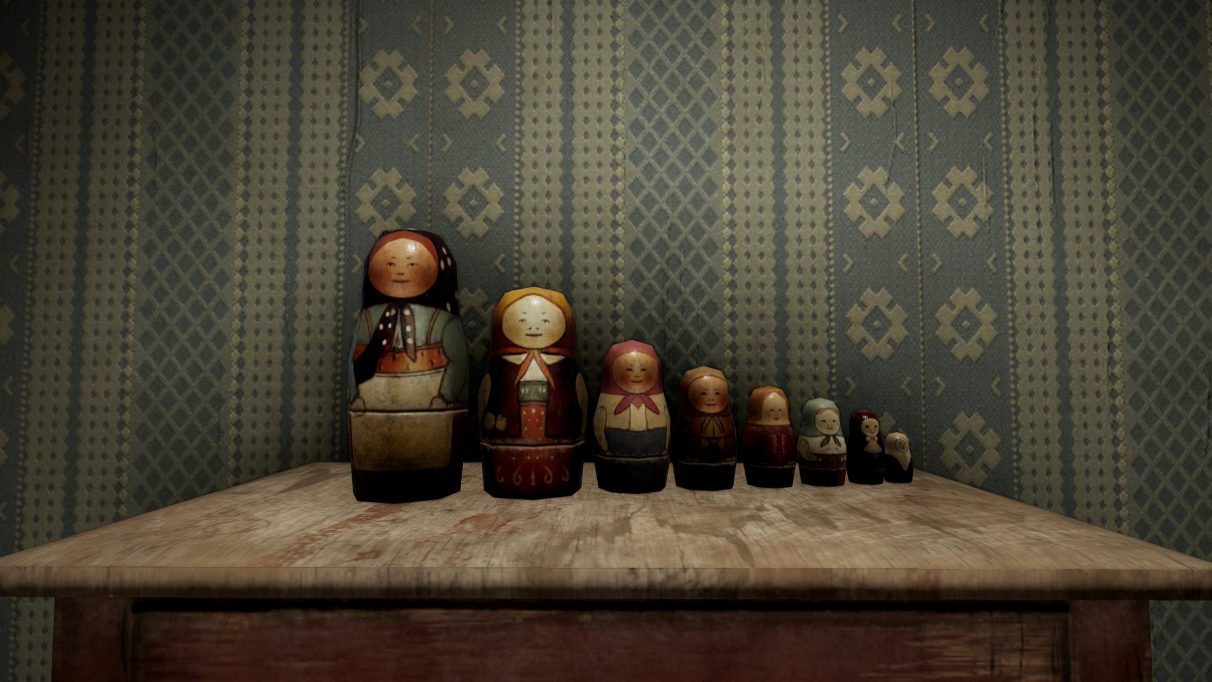 Or this for any pal you wish to curse. 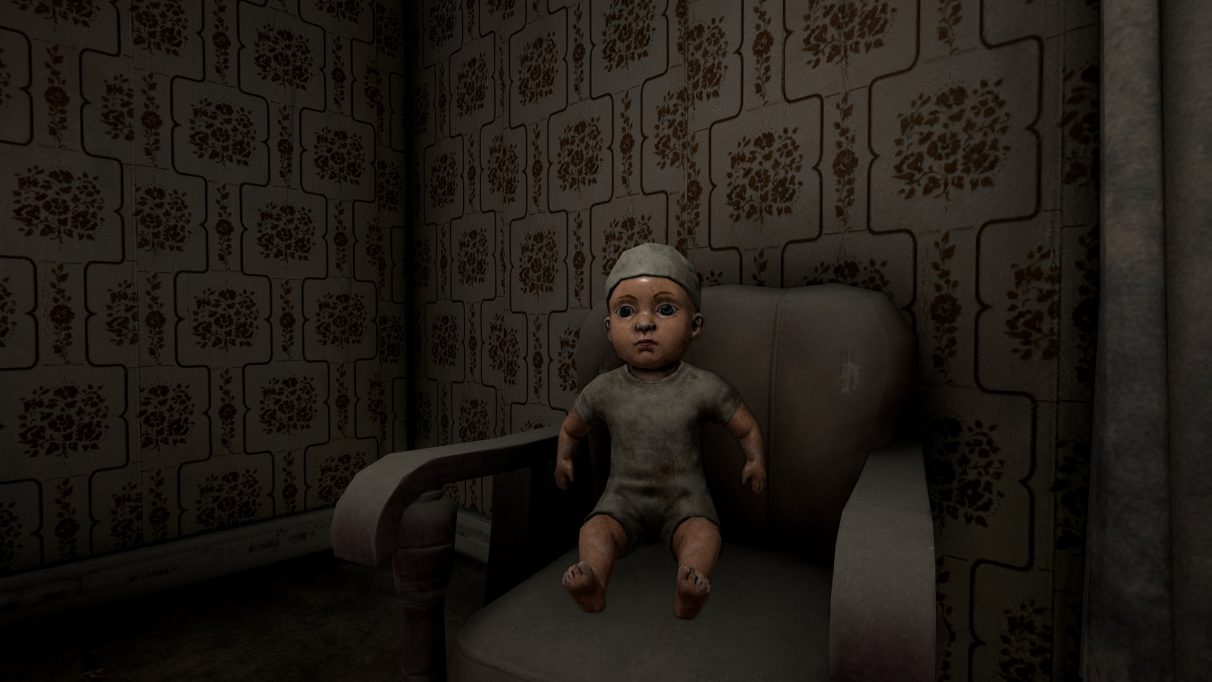 One word of warning: add 15 minutes to all journey times. The locals treat house numbers simply as opportunities to prank tourists so you'll really need to hunt to find the bar you're looking for. No, it almost certainly is not number 40. 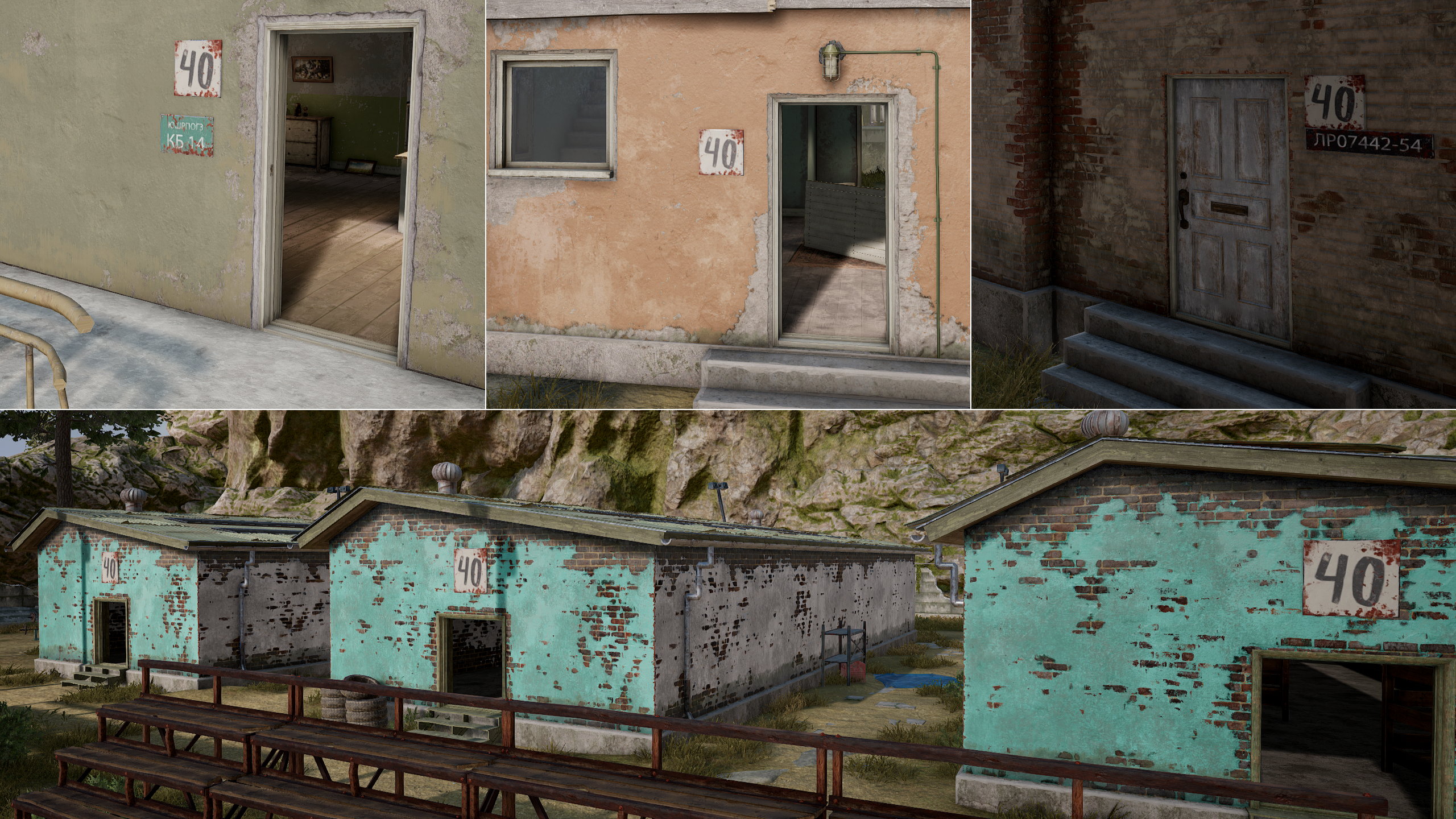 My mate swears he saw a factory churning out identical #40 tiles.

Some might find this frustrating but see these wonky numbers as a reminder of what brings us all to Erangel: banter. Erangel's never been a better place to get amongst it.