With the Xbox portion of E3 2019 now over, we've got a few new snippets to share regarding Dying Light 2 - developer Techland's follow-up to their 2015 open-world free-running zombie survival hit. The below Dying Light 2 guide will walk you through everything we now know about this high-octane, story-driven sequel, from Dying Light 2 release date info to the newest trailers, information on the story and setting, and much more. 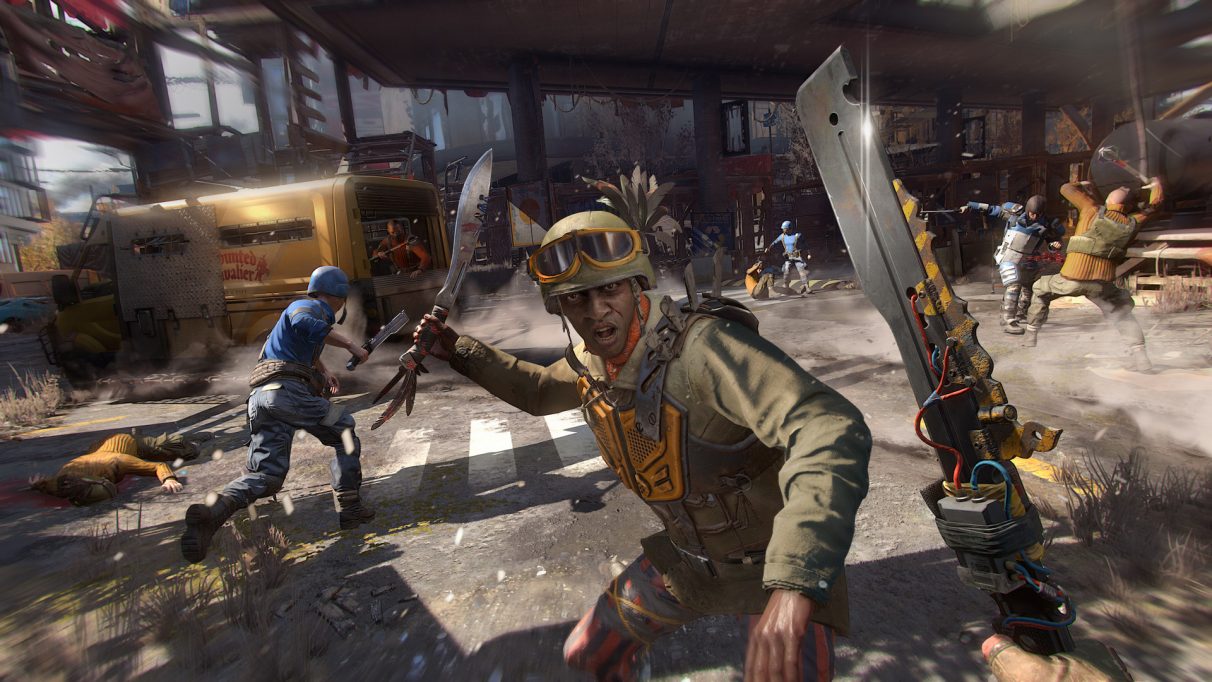 All Techland said for a good long while regarding Dying Light 2's release date is to expect the game on PC, PS4 and Xbox One sometime in 2019. But since then, they've abandoned this deadline and opted for a Spring 2020 release, as shown at the end of the E3 2019 trailer just below. So if all goes well, we've less than a year before we can get our hands on the latest Dying Light experience.

Below you can take a look at the latest trailer to drop for Dying Light 2 at E3 2019. We've also included the announcement trailer for Dying Light 2 and the first gameplay demo (with commentary by narrative designer Chris Avellone), both of which were revealed to us at E3 2018. Looks good, eh?

Dying Light 2 jumps ahead in time, beginning 15 years after the zombie apocalypse and the events of the original game. Any semblance of civilized society that once existed has now given way to more primal and unrestrained instincts, in what the developers have called the "new dark ages" of the Dying Light universe. Factions and gang wars appear even more prevalent than before, and humanity is looking to give the zombies a run for their money for the title of greatest monsters.

The city itself is also apparently not Harran, the Turkish(?) setting of the first game, but a different part of the world altogether. So those expecting to see all the familiar sights of the first Dying Light will in fact find themselves having to learn to traverse the rooftops and streets of an all new city. 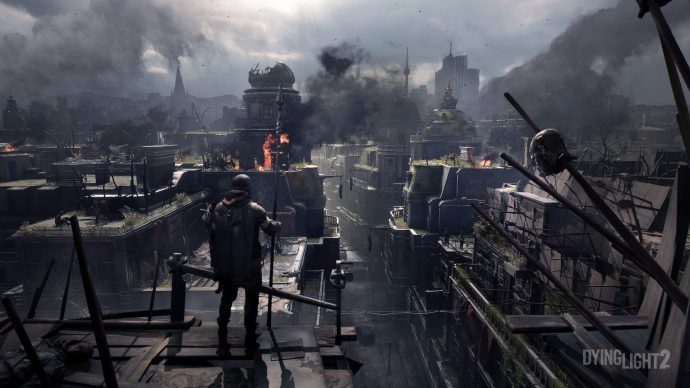 Adrian Ciszewski, Chief Creative Director of Techland, has said that the team considered the "three pillars" of the first Dying Light to be the parkour, the day/night cycle, and the focus on melee combat. All three have been improved and updated for Dying Light 2 - we're promised, for example, that at certain points throughout the game the player will be forced to contend with "parkour puzzles" in order to reach areas quickly or safely.

But this time round Techland have added a "fourth pillar" to Dying Light 2: the "narrative sandbox" system. What this means is that the world and its inhabitants will dynamically react on a large scale to the player's choices throughout the game. The demo above illustrates an example of this system at work, and I've got to admit, I'm excited to see just how much the city will change as a result of your actions. 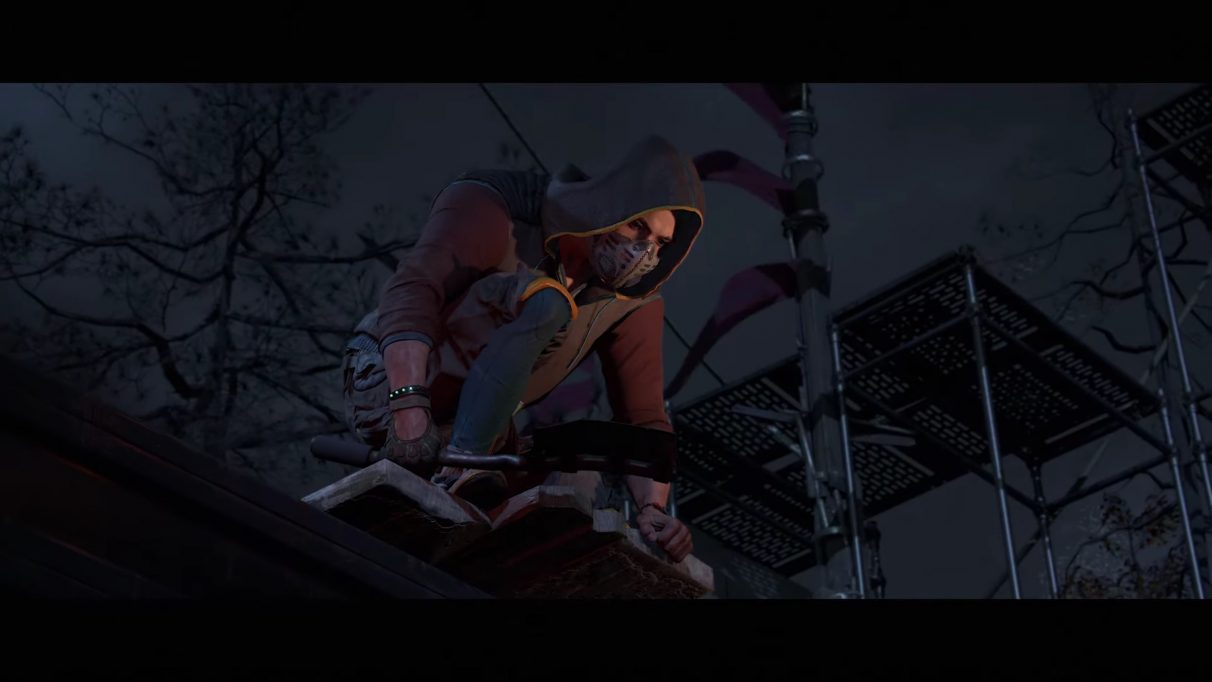 We've known for a while that Dying Light 2's protagonist is not Crane from the first game. Same universe, same virus, but a different city and a different protagonist. So who is this mystery figure in the announcement trailer? Well, with the E3 2019 trailer we have our answer.

In Dying Light 2 we will be experiencing the world through Aiden Caldwell - a new protagonist with unique and powerful abilities thanks to being infected. Heightened strength and agility combined with combat skills and, undoubtedly, a great deal of experience makes for a strong and influential figure in this brutal world. We don't yet know how exactly the infected portion of this story will play out; is this character a ticking time bomb as the Harran Virus sweeps through his body, or has he some method of keeping the infection at bay? 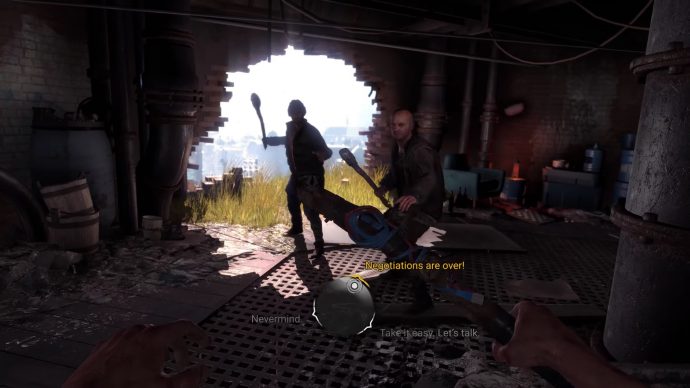 While we have an idea of the time period and setup of Dying Light 2, Techland have supplied us with very little information on the quests and storylines we'll be dealing with as the mysterious Aiden. But we can quite safely presume that the missions will involve dealing both with zombie troubles and with human troubles. Some of these missions will occur during the day, and others doubtless during the night, where the zombies will be out in full and terrifying force (though if Aiden is infected, does that mean he suffers during the day and can only go out on missions at night?). Personally I'm more excited about diving into the faction-on-faction action and having a good stir of that pot.

We've also received some further information regarding the zombies in Dying Light 2, and how their whole life-cycle has been updated to evolve over time. Humans who have just recently been bitten are called Virals, and as the virus has not yet caused significant damage to their bodies and cells they are particularly quick and agile infected types. As time passes they'll devolve into Biters, which are slower-moving but still very dangerous types of zombies that will not hesitate to devour you if they get close enough.

Under prolonged sunlight or UV exposure, Biters will turn into Degenerates, which are the weakest of zombie types, too decayed and devolved to put up much of a fight; but they're still dangerous, and you'll need to be very careful around groups of them.

But, Techland hasten to add, there's an entirely different and far more dangerous path for Infected in Dying Light 2, where they evolve into Volatiles - the quickest and most dangerous of zombie types, which you have no choice but to run away from, because you simply stand no chance against these monsters if you're unlucky enough to come across one during your free-running travels. 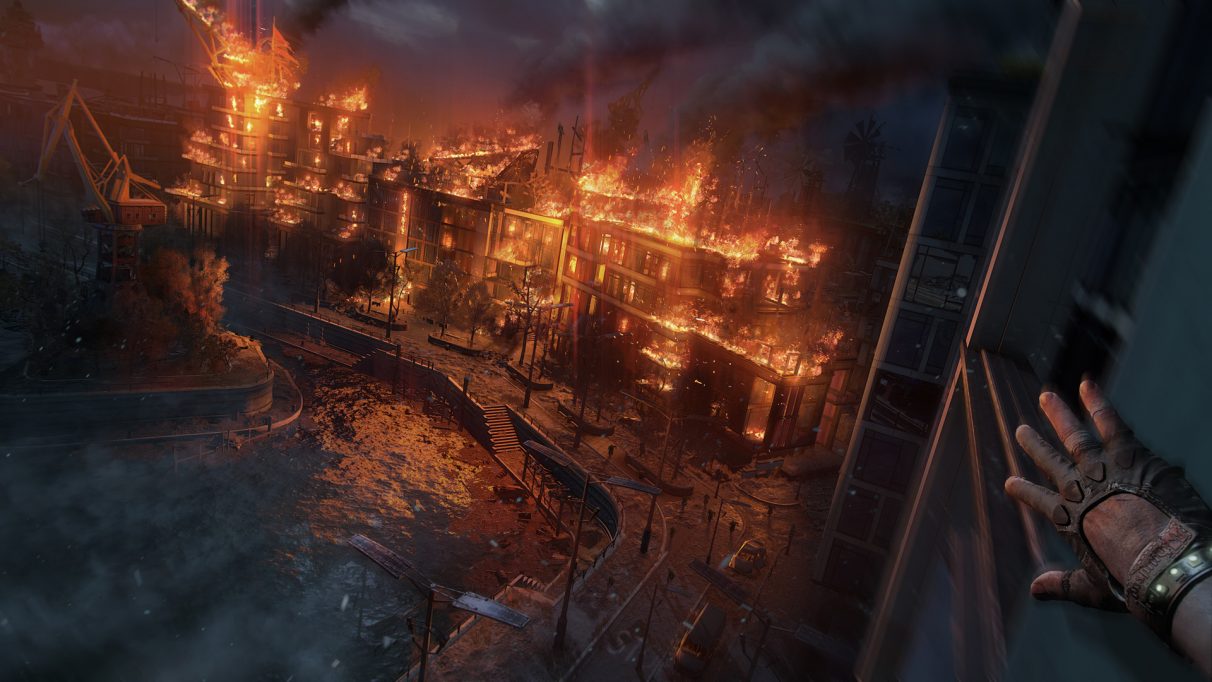 Instead, they promise to bring something else in terms of multiplayer to Dying Light 2. What they're working on, we don't yet know. But it has also been confirmed that they are currently working on a co-op mode with which up to four players can work through the main campaign together. This was true of the first Dying Light game, but this time round the narrative sandbox aspect of Dying Light 2 (mentioned above) will drastically change your surroundings depending on which of your friends hosts your co-op experience - a cool new feature that apparently took a lot of work to get up and running from a technical standpoint. Let's hope it's worth all the work and wait.

That's just about all we know so far on Techland's latest zombie-fest. But be sure to check back here every so often for the latest deets, as we'll be updating the above whenever we get more information.