As many good-lookin' small-budget games are wont to, Ooblets has signed a timed exclusivity deal with the Epic Games Store in exchange for extra funding. That's common enough that we didn't even post about it. Also disappointingly common is the harrassment which follows, here directed at Glumberland, the tiny two-person development team behind the 'kinda Pokémon with cute dance-offs' game. The studio misjudged the tone of their announcement and that's being used to justify some real unjustifiable garbage. What makes this especially frustrating is a response from Epic Games CEO Tim Sweeney, who tweeted an unfunny joke using the Ooblets outrage as a punchline. Nice one. That'll calm everyone down.

Update: Epic have posted a public statement decrying "misinformation & abuse" and saying they "will steadfastly support our partners throughout these challenges."

Glumberland announced the change in their plans last Wednesday, July 31st. They laid out their reasons for agreeing to an exclusivity deal pretty plainly:

"Because Epic doesn't yet have the same market share as their competitors, they offered us a minimum guarantee on sales that would match what we'd be wanting to earn if we were just selling Ooblets across all the stores. That takes a huge burden of uncertainty off of us because now we know that no matter what, the game won’t fail and we won't be forced to move back in with our parents (but we do love and appreciate you, parents!).

"Now we can just focus on making the game without worrying about keeping the lights on. The upfront money they’re providing means we'll be able to afford more help and resources to start ramping up production and doing some cooler things."

Which, y'know, makes sense. Their post tried to preempt upset by pointing out video game store choices are tiny issues compared to climate change or human rights abuses, saying "Look at the things going on around you and ask yourself if there might be anything just a tad more worthwhile to be upset about." It was patronising. Being patronising did not justify the torrent of outrage which has since been directed at the two (2) people making Ooblets.

They have seemed to make some tone-deaf responses to legitimate complaints about the shortcomings of Epic's substandard Store, which also sucks (do note that some of the Discord screenshots circulating online are out of context, and some even faked). But Glumberland are a two-person team without a PR filter or buffer, who've spent several days as the latest punching bag for Internauts to express ire over Epic buying exclusives. 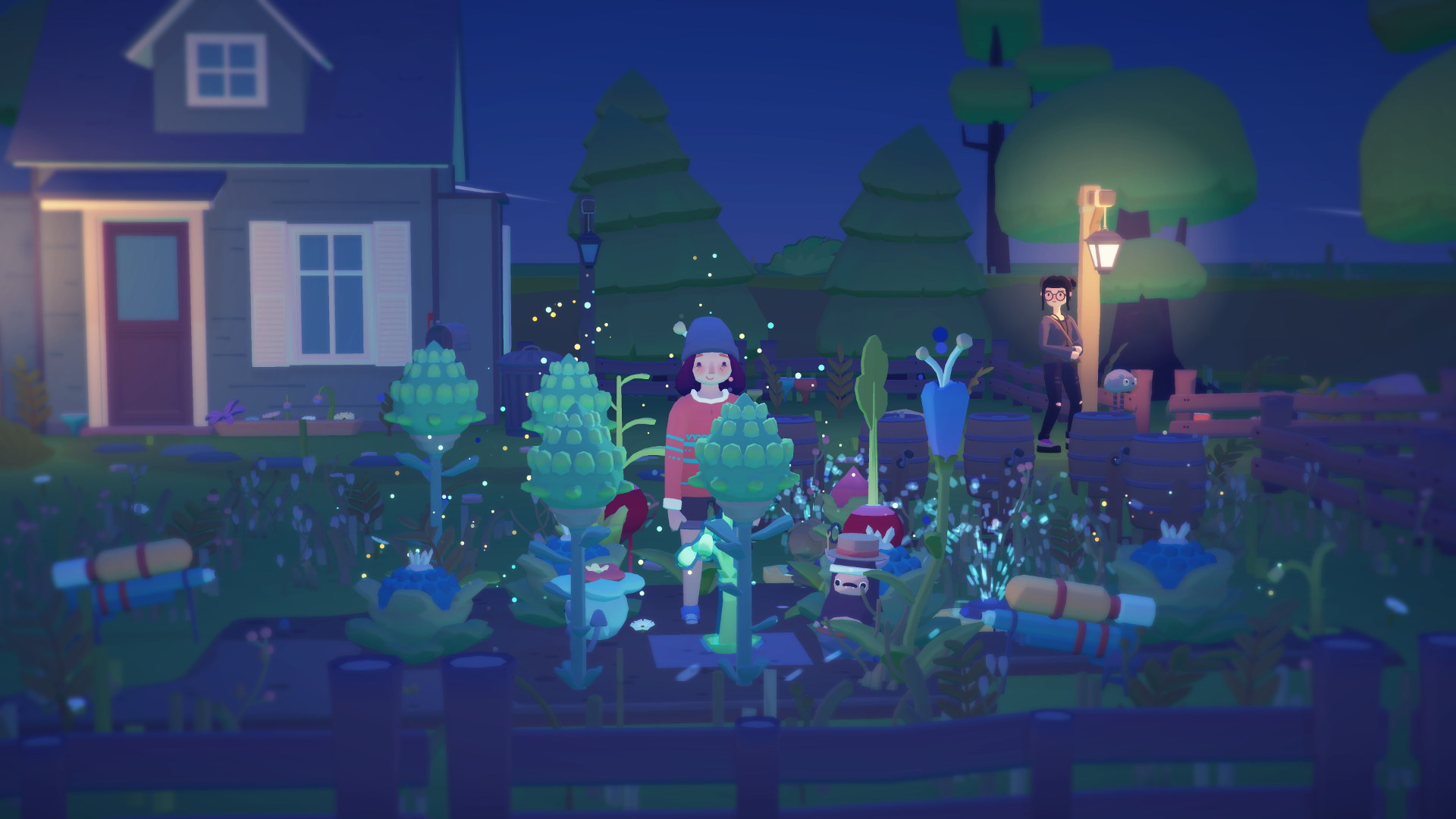 "This whole thing has just devastated us," Glumberland's Rebecca Cordingley and Ben Wasser said in a private post on the Patreon they've used to help fund development (as relayed by GamesIndustry.biz).

"We've been getting thousands if not tens of thousands of hateful, threatening messages across every possible platform nonstop. It's especially hurtful since we've had such a positive, supportive relationship with our audience throughout development."

Having looked around Twitter and their Discord server, I can confirm that yup, sure is a lot of garbage going their way. Even the tamer stuff still trickles into the same raging river.

A load of this is nothing to do with Ooblets. Many of the loudest don't really care about this game, or about the Ooblets fans in those Discord screens. Ooblets is just the latest game to go Epic-exclusive, which makes them the latest targets, and anything patronising or distasteful the devs say is just a convenient weapon to batter them with. This upset is mostly about Epic. Which is why Tim Sweeney should hush up.

The CEO of Epic Games made a ha-ha-hilarious joke of this all on Saturday, by which point Glumberland had received several days of Internet garbage.

In response to community feedback, I have reviewed the tone of the Ooblets exclusivity announcement and wish to make the following official statement 1/2

Tim Sweeney gets a whole load of shit too, no doubt. He also doubtless has a huge PR buffer available if he wants it. And he should know so much better than to crack jokes like this. He must know there's a loud backlash to Epic exclusives that grows with each subsequent announcement. He must know Ooblets is the latest game to be targeted for it, and Glumberland the latest developers. And yet he points that ire at Ooblets with a joke intended to rile arseholes.

This will happen again. It shouldn't, but it will. Another small team of people will sign an Epic deal to get money no else would offer, and they will receive a torrent of furious messages. Don't do the joke next time, yeah Tim?