Monster collecting games have been very popular for decades, but there have been few examples on PC. I first heard of Ooblets many years ago, but it is now in Early Access on Epic Games Store, complete with dancing plant-like creatures.

But what is Ooblets? How do you farm your creatures, and how do you raise your dance troupe to be the best movers and shakers in all the land?

Our Ooblets guide has all the tips and tricks that beginners need to get started with the game.

These are the features that are available in the Early Access version of Ooblets:

Progress in the Early Access version of the game is halted after accepting the quest to go to Nullwhere to activate the second radio tower. 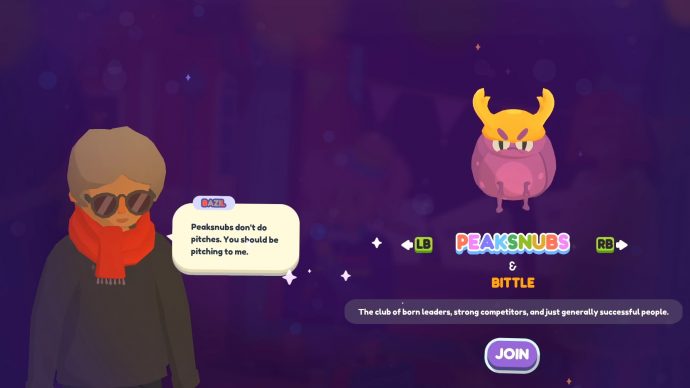 Choosing your club and starter Ooblet

There are four clubs you can join, each with their own starter that you can pick. Each one of the Ooblets they offer can be found later on and you can access all of the clubhouses by completing side quests, but your choice of club is permanent. All the other three Ooblets can be obtained by unlocking them getting 20 of the rival club's coins, which are found in houses or rewarded to you by doing tasks for that club.

Before I end this guide, here are some top tips for new players:

Tips for exploring the town