Bethesda have released their remaining 2020 plans for scrap-hoarding MMO Fallout 76. Over the next 6 months they'll follow up the success of the Wastelanders update and its influx of NPCs by introducing a seasonal system featuring new missions, daily events, and a "major rebalancing of combat and rewards".

Summer kicks off with a system based around acquiring "S.C.O.R.E." points by joining public events, levelling up, and doing certain in-game activities - essentially mini-achievements. These will unlock goodies for your player camp, or unique outfits, cosmetics, in-game cash, or a handful of other trinkets. Here's my suggestion: have a "season" about fixing the controls. 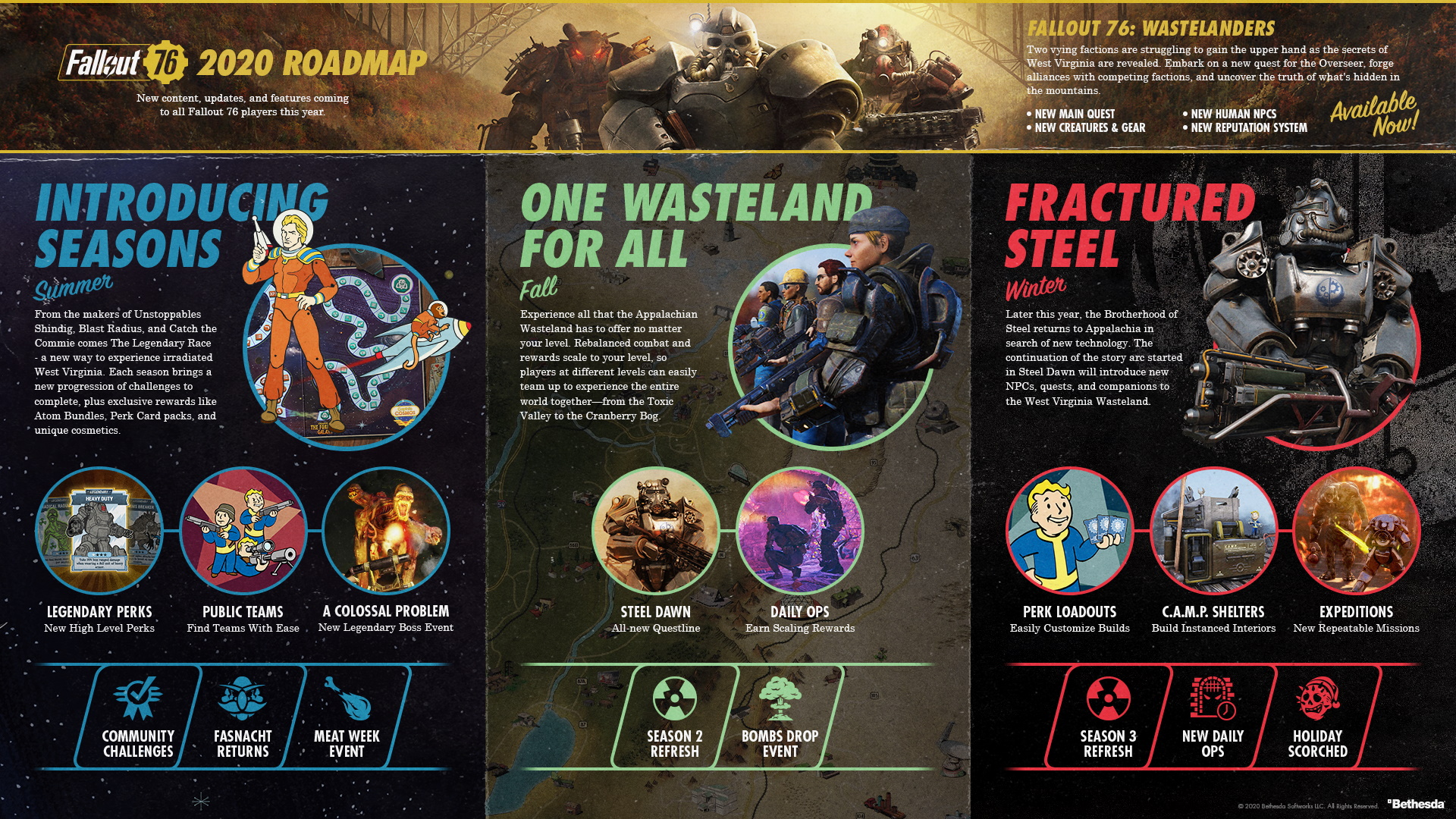 Later seasons promise to overhaul combat and rewards, with a focus on cooperative play and scaling to player levels, although the details of that aren't yet out.

Winter will see the return of the Brotherhood of Steel, just in case you were worried that a game in a staid fanservice-based series was in danger of developing a distinct personality. If only it were possible to make a Fallout game that doesn't retread tired, shallow iconography. You could call it Underrail, or ATOM, or Encased, or The Outer Worlds, or literally anything else. In any case, the snowy season will bring new NPCs, subplots, and companions to the game, as well as "instanced interiors" for camps, presumably to make building a bit easier.

For all my sniping, I've actually quite enjoyed my time with Fallout 76, and it's good to see it'll get continued support. But ugh. The Brotherhood of whatever were always boring, and I've seen several 76 players specifically praise their absence. I suppose it'll be the dog next. Or the dog but with a trilby and when he barks he shoots Bing Crosby at you.

More details are available on the official Fallout site.

76 is currently free to play until Monday, and has a 25% discount too. You can get it now on Steam or the Bethesda store.