Which characters can you romance in Hades? Hades does many things right, but it really excels when it comes to the characters of the underworld, and the relationships you can strike up with them. The idea that you can pursue a romance in a roguelite sounds ridiculous, but in Hades this is very much an option. If you're interested in plumbing the depths of particular relationships, then our Hades romance guide will walk you through which characters you can attempt to start a romance with, and how to go about doing so for each one.

Hades romance overview: how to start a romance

Here's the path you have to take in order to strike up a romance with each of these characters:

It's worth noting that the gifts must be given one at a time across multiple runs, because (with the exception of Dusa - more info below) it's not possible in Hades to gift multiple bottles of Ambrosia or Nectar at once.

Hades romance options: who can you romance?

Not everyone who you can gift Nectar to can be romanced in Hades. You can give Nectar to almost every named character in the game, but you can only attempt to romance three characters: Dusa, Megaera, and Thanatos.

Let's talk a little bit about each one's romance path below. Oh, and - for all the Casanovas out there - you can romance multiple or all of the below characters at once with no negative consequences. 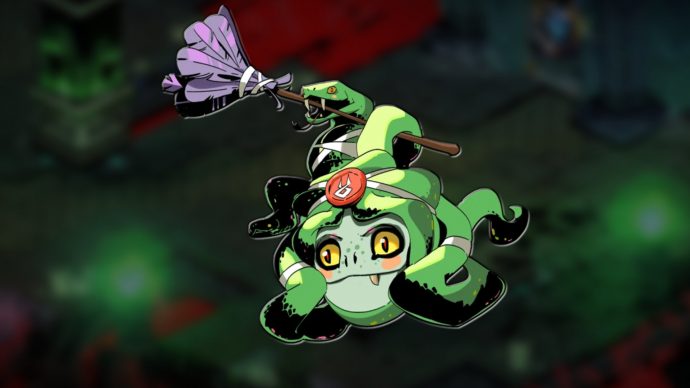 Dusa, the Duty-Bound Gorgon of the House of Hades, is often seen floating around the house with a feather duster, cleaning and generally attempting to stay away from trouble. To earn her favour, you must purchase at least 12 Lounge renovations from the House Contractor, including at least one rug, and cleaning up the damage inflicted by Cerberus.

She is the only romance option that forces you to give multiple bottles of Ambrosia at once in order to deepen your relationship with her after earning her favour. The first gift requires 1 Ambrosia; the second requires 2; the third requires 3; and the final gift requires 4.

Dusa is also different from the other two romance options in that she will ultimately conclude that she is asexual and reject the idea of an intimate relationship with Zagreus. During the romance conversation, they will instead agree to remain close thanks to their newly deepened bond. Shortly after this point, Dusa will offer to return the 10 Ambrosia you gifted her. There is no drawback to either choice here, so feel free to take back the Ambrosia.

Dusa's Companion is Fidi, which summons Dusa in battle to fire petrifying shots at nearby enemies for 30 seconds. 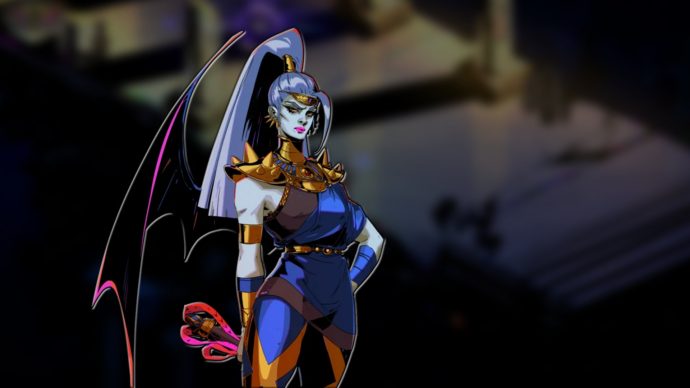 Megaera is one of the three Furies. She serves as the game's first boss who you encounter at the end of the Tartarus realm, and is the only character on this list who is an enemy you fight during your escape attempts. Each time you defeat Megaera, she'll appear back at the House of Hades, where you can talk to her and gift her Nectar or Ambrosia. Her favour is gifted to you after a random number of encounters with the Furies.

After gifting her 4 Ambrosia, a conversation will ensue where Zagreus is able to decide whether to remain friends with Megaera, or start a romantic relationship with her instead. Cue the sound of whips.

Megaera's Keepsake is the Skull Earring, which boosts Zagreus's damage when he is low on Health.

Megaera's Companion is Battie, which summons Megaera briefly to deal huge damage in a line in front of you. 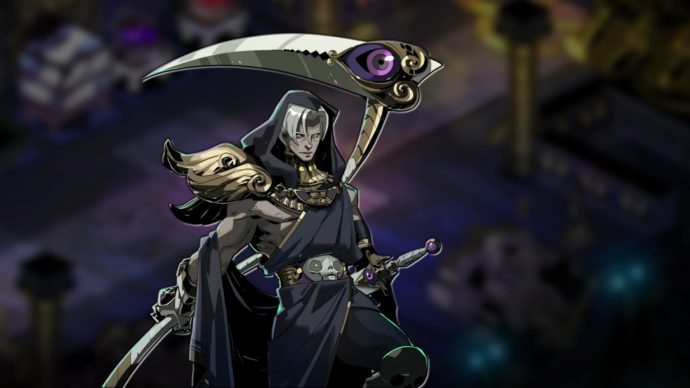 Thanatos is death incarnate. You'll initially encounter him in Elysium, but to unlock his first appearance you need to have first met Alecto or Tisiphone (instead of Megaera) at the end of Tartarus at least once. From then on, there's a one-in-10 chance he'll appear in any chamber you reach in Elysium, where he'll show up to help Zagreus defeat his enemies. If Zagreus manages to kill more enemies than Thanatos, then Zag will earn a reward. To earn Thanatos's favour, you must simply beat him once in competition after gifting him his 6th Nectar.

4 Ambrosia later, you'll be given the opportunity to turn your relationship romantic, or keep things as they are, just like with Megaera.

Thanatos's Keepsake is the Pierced Butterfly, which grants Zagreus extra damage for every encounter beaten without taking damage.

Thanatos's Companion is Mort, which summons Thanatos to deal massive damage in a large area of effect after a delay.

Now that you're all set in the romance department, you may also want to check out our guide on the best Hades Boons to take on your escape attempts. Alternatively, check out our Hades fishing guide for information on how to unlock and benefit from the fishing minigame.