So, as of this evening's Xbox Games Showcase, we've finally seen footage of Halo Infinite, and it looks good! There was indeed a grappling hook, more mobility in general from the Chief (he can climb on boxes now!), and a couple of new guns. There was also some classic Warthog action, some dependably stirring music, and a couple of genuinely sublime moments of looking-out-across-a-halo-at-sunset beauty.

Despite lots of talk about Infinite being the first truly open-world Halo, I didn't see enough to make a call either way - an HUD map showed some kind of open area, but it looked like it might have been broken up into several large arenas, rather than being properly free-roam. We'll see. And indeed, I'll have more to say tomorrow, after I've spoken with the developers. But for now, I want to talk about the best bit of the Infinite demo, which was the horrifyingly intense space gorilla ASMR video it ended on.

The space gorilla in question is Escharum, who seems like he's good mates with Atriox, the baddie off of RTS game Halo Wars 2, and the leader of the Covenant splinter group called The Banished. Infinite's developers seem keen to stress that you don't need to have played Halo Wars 2 to know what's going on in this new chapter of the Motocross Diaries, and indeed, it seems the game's main narrative premise is that you're not really meant to know what's going on at all. The Chief has crash-landed on a halo along with the panicky man who found him drifting in space during last year's E3 trailer, and all he knows is he wants to busticate the anti-aircraft turrets that shot him and his new mate down.

But as he ascends one of said turrets - witnessing a phenomenal sunset on the way up - he receives a skype call from Escharum, who is amazing. He's like Kratos, but also a bit like my wife's antisocial granddad, and viewed from the side he looks a bit like a walrus who's feeling a bit confused about suddenly being in Warhammer 40,000. 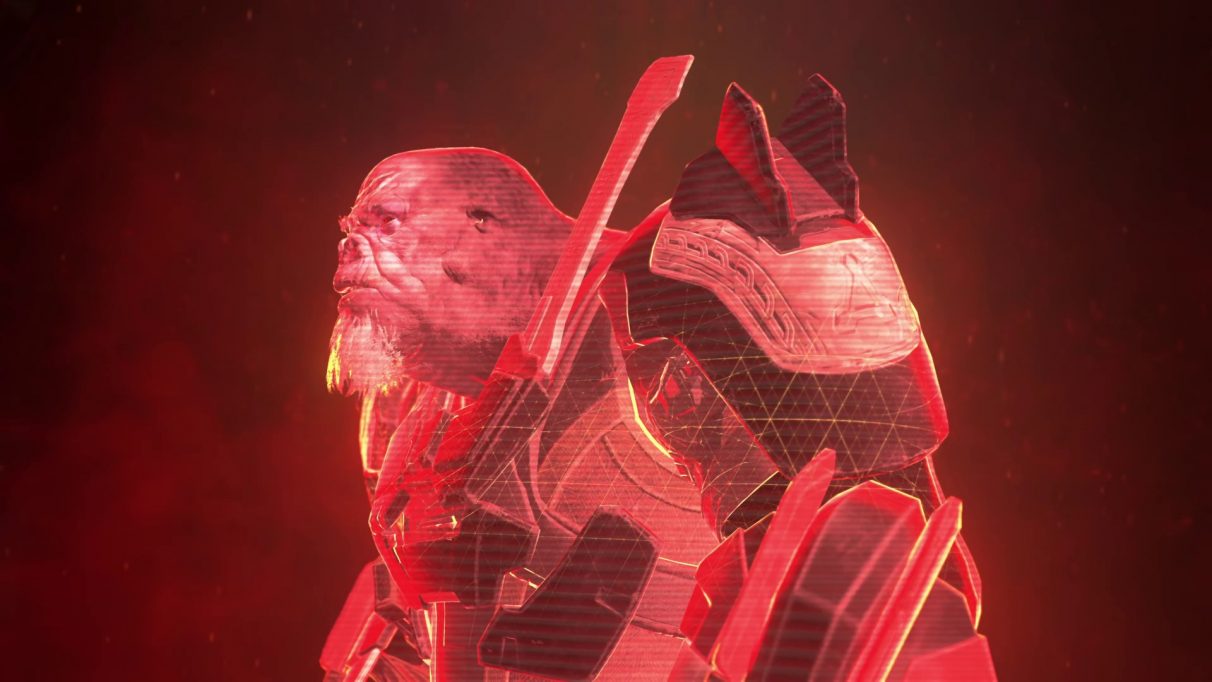 Anyway, Escharum has a good gloat about how humanity appears to have been exterminated at the hands of the Banished, and it's all good, standard supervillain stuff. But then things take a turn for the weird, and I love it. Escharum appears to step out of the hologram he has thus far been contained in, and starts staring at the camera from about two inches away so you can see all of his horrible skin. His speech veers wildly into the energy of an Attitude Era WWF promo segment, and he roars about his desire to pit himself against Master Chief as some kind of final challenge to top off his long and grim existence of space gorilla battles. 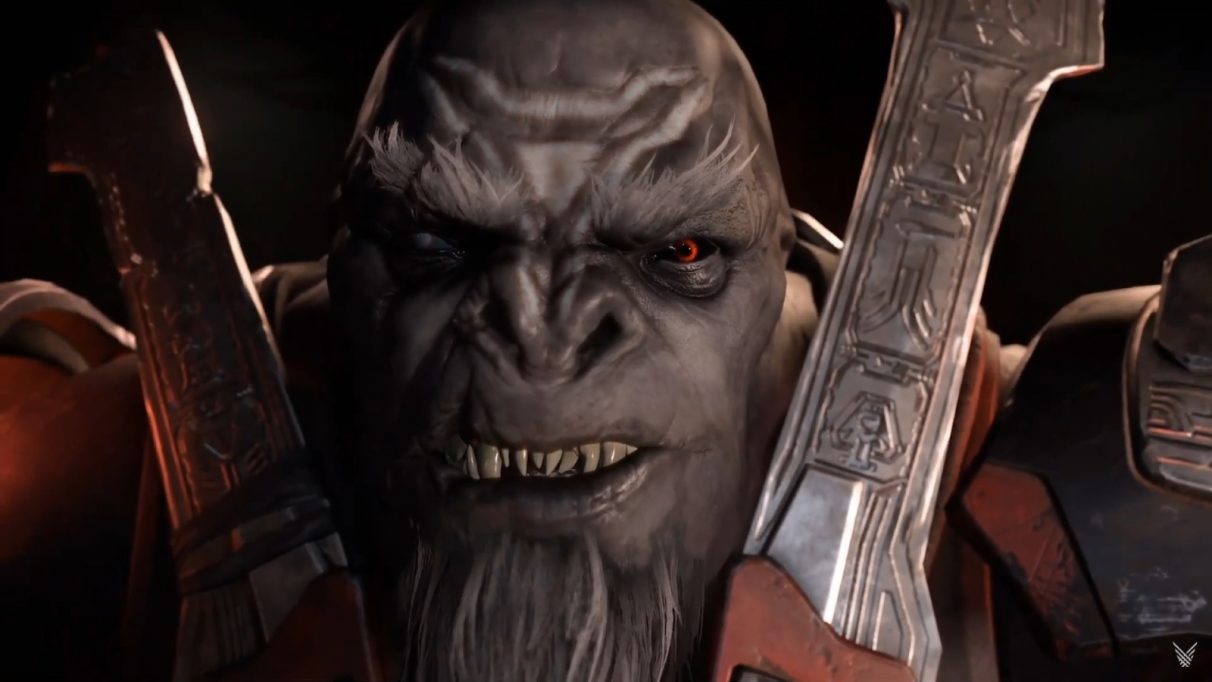 As lightning strikes and the Halo theme soars to one of its good old crescendos, Escharum completely loses the plot, and hollers directly at the viewer to "set a fire in your heart", before imploring you to "bare your fangs, fight hard, and die well". The big theme in Infinite's marketing appears to be the idea of the player directly inhabiting the Chief's armour, and this ludicrously intense POV segment... certainly achieves that. Words cannot do it justice - go and meet the gorilla yourself:

Oops, sorry. I meant this one: