Of course the Australian has his own spiders. New playable character Mozzie arrived into Rainbow Six Siege last month packing an Aussie accent and three “Pest” robots: little multi-limbed minibeasties capable of automatically leaping onto, and taking control of, the attacking team’s reconnaissance drones. Plop them down in doorways and vent exits, and there’s a good chance you’ll be able to blunt the opposing team’s vital intelligence gathering operations at the start of a round, as well as providing your side with a suite of new angles on the battle.

Mozzie is one of the two newest additions to Rainbow Six Siege, now entering its fourth year of DLC releases, updates, and balance patches, and the be-helmeted defender has already become one of my favourite operators. Where some of Siege’s other characters have hyper-specialised gadgets, Mozzie’s army of spiders are consistently useful, regularly allowing me to start the game with the objective still hidden from the attackers’ radar.

The other operator introduced in the latest update, Gridlock, has a less immediate application. Gridlock comes equipped with little grenades that, when chucked, burst open to carpet a selected area with self-propelling spike traps. It’s a useful skill for a static defender, who might want to place these “Trax” traps under windows or over objectives, but Gridlock’s a designated attacker, and she feels a bit like a square peg for a round hole. I was originally trying to use my Traxes like grenades, throwing them at opponents in cover or bouncing them off walls and around corners. This didn’t work: players either spotted the original device as it was farting out spike traps and either shot it, or simply stepped backwards out of its danger range. 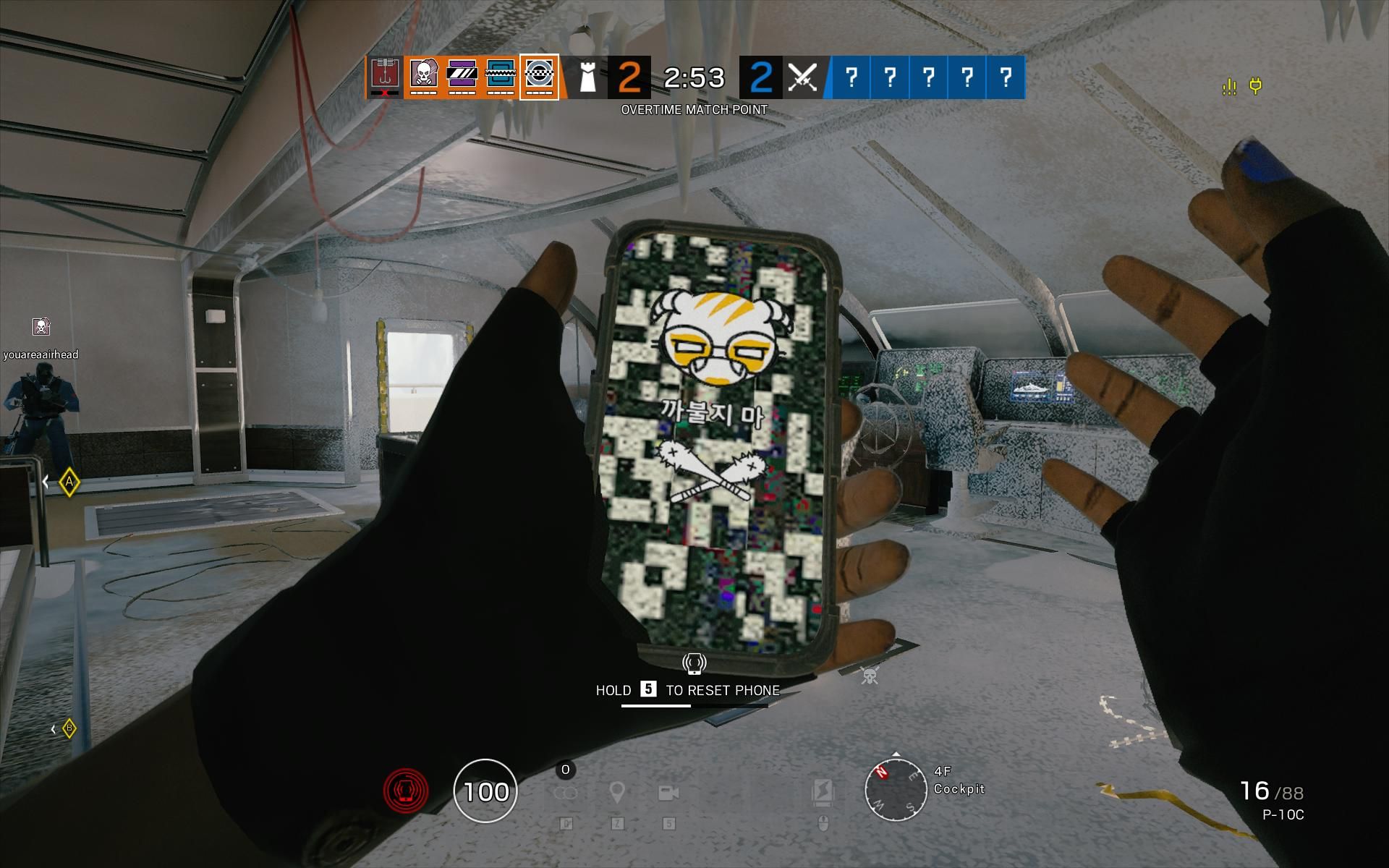 It took me a while, but I discovered (with some help) that Gridlock’s Trax gadgets are better saved until the middle of a round, when I needed to cover my rear from flanking defenders, when I wanted to close off a staircase, or when I had placed a defuser on a bomb and planned to keep the opposing team away from it. Even then, though, the spike traps the Trax kick out don’t do enough damage to really zone out an area: dogged defenders will either take the 10-health hit, or just shoot them to clear them out of the way. The noise these actions make will provide communicative teams with valuable intel, but in casual modes when teams aren’t often talking, she feels less useful than some of her peers.

Peers like Lion, anyway. Introduced in last year’s Operation Chimera update, Lion can use a hovering drone to scan his surroundings, highlighting moving enemies in cool red silhouettes, even through walls. It’s a useful skill for winkling out hyperactive defenders, but it’s fun to use, too. It’s the visual and audio frippery I love, from the ominous countdown before the scan, to the slow-motion woosh noise that accompanies the scan itself. Ubisoft have toned Lion down a bit since his introduction, and still have him banned in competitive play, but to me he still feels useful in casual modes. A successful scan can bathe an area in red-lit ghosts, and the enemy location information provided regularly forms a good basis for a good old breach-and-clear push.

Four years in, and Siege is still doing a solid job differentiating its operators from each other, bringing new — or at least remixed — ways to attack and defend locations. New attacker Nomad comes with concussive rifle grenades, each of which does no damage, but can blast a defender out of cover or into traps when used effectively. Maverick, introduced last September, is equipped with a blowtorch that can drill holes in unexpected locations. This allows for a more precise breaching process than his noisier colleagues, opening up weird angles from which to pick apart the defensive team. 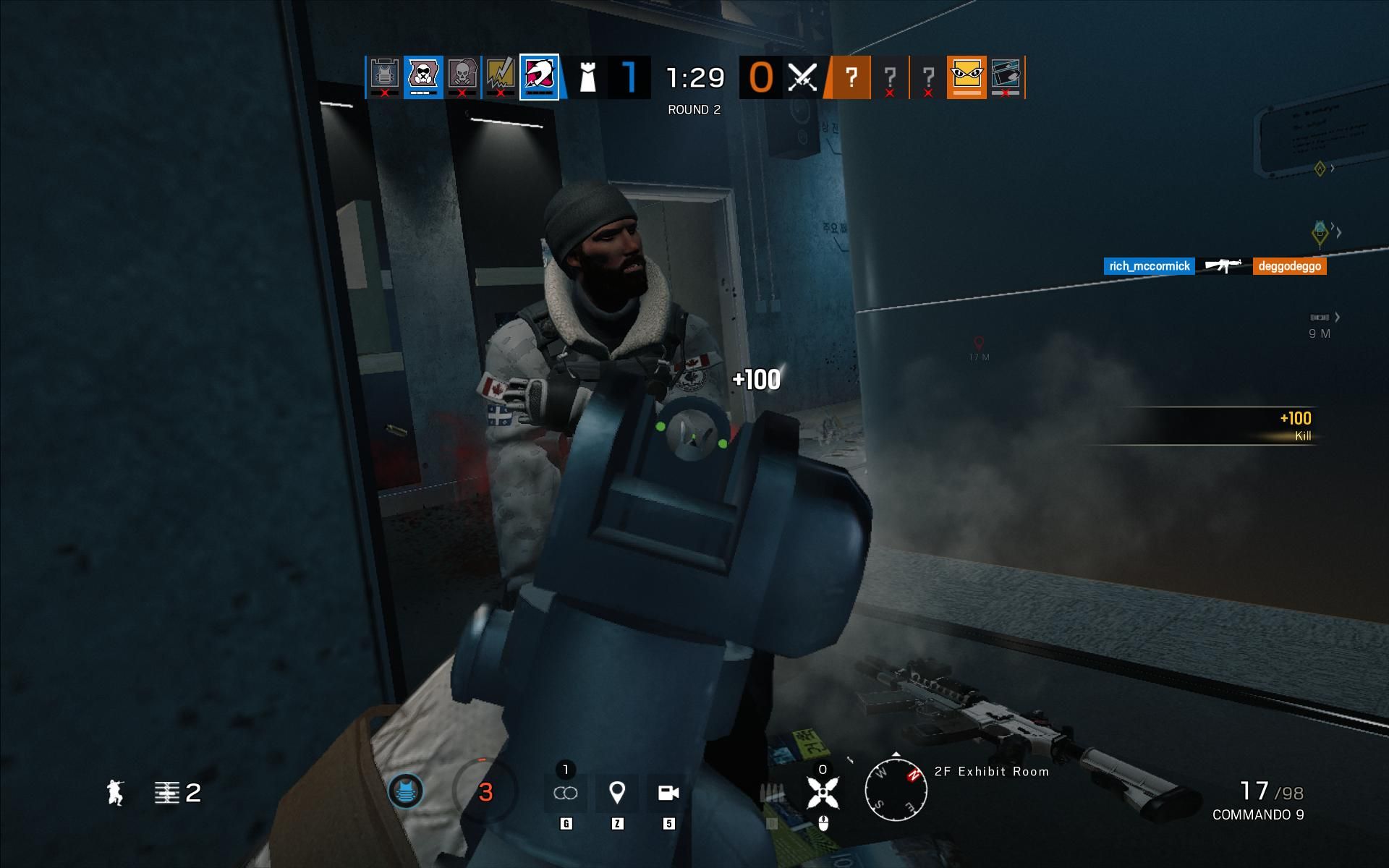 And when characters do have similar abilities, they vary in other ways. Both Bandit and beardy new boy Kaid can use their gadgets to electrify metal traps and surfaces, but where Bandit uses speed and a submachine gun to get the drop on attackers, the far slower (but better armoured) Kaid does better sitting near the objective with his LMG sights trained on a doorway. Shouting Britisher Clash has a bullet-deflecting shield, just like Montagne and Fuze, but hers is electric-flavoured and can’t be held at the same time as her sidearm. Ubisoft’s emphasis has been on variation over the last four years, and the result is that loadouts and abilities are more likely to be overly specialised than carbon copies of their forebears.

New maps are suitably different in feel, too. The latest of these, Outback, uses subtle colour coding and a not-so-subtle giant shark to give players landmarks, a move that helps it stand out from some of the older maps and their propensity for drabness. A timed April Fool's update, available as I was playing, takes this even further, colouring in the Presidential Plane map with cartoon crayon, turning operators into toy soldiers, and the hostage into a smiling anthropomorphic bear. Ranked mode still sticks to the older maps, but there's still lot of nooks and crannies to learn for new and returning Siege players, especially when new routes can be blown through walls and floors at a moment's notice.

That variation means that matches of Siege can vary wildly: a positive thing, in that it’s kept the game feeling fresh for four years, but also one that can be intimidating for new players. Siege has never been a forgiving game, and by upping the number of operators and gadgets, it’s upped the complexity in the process. Clever players will listen out for telltale sounds to know when traps are sprung or attacks are coming, but deciphering the cacophony of bangs, booms, and blasts has only got trickier as new, unique weapons and abilities have been thrown in. I’ve internalised certain sound cues — the poonk-poonk-poonk of Fuze’s wall-delivered grenades is hardwired at this point — but other, subtler indicators are still beyond me, even after hours of play. Synergies between operators, too, are key to a quality Siege team, but not immediately apparent with so many characters on deck now, in the game’s fourth year. The internet has useful repositories that will provide this information, but it makes loading up a Siege match a more stressful experience than other, simpler shooters. 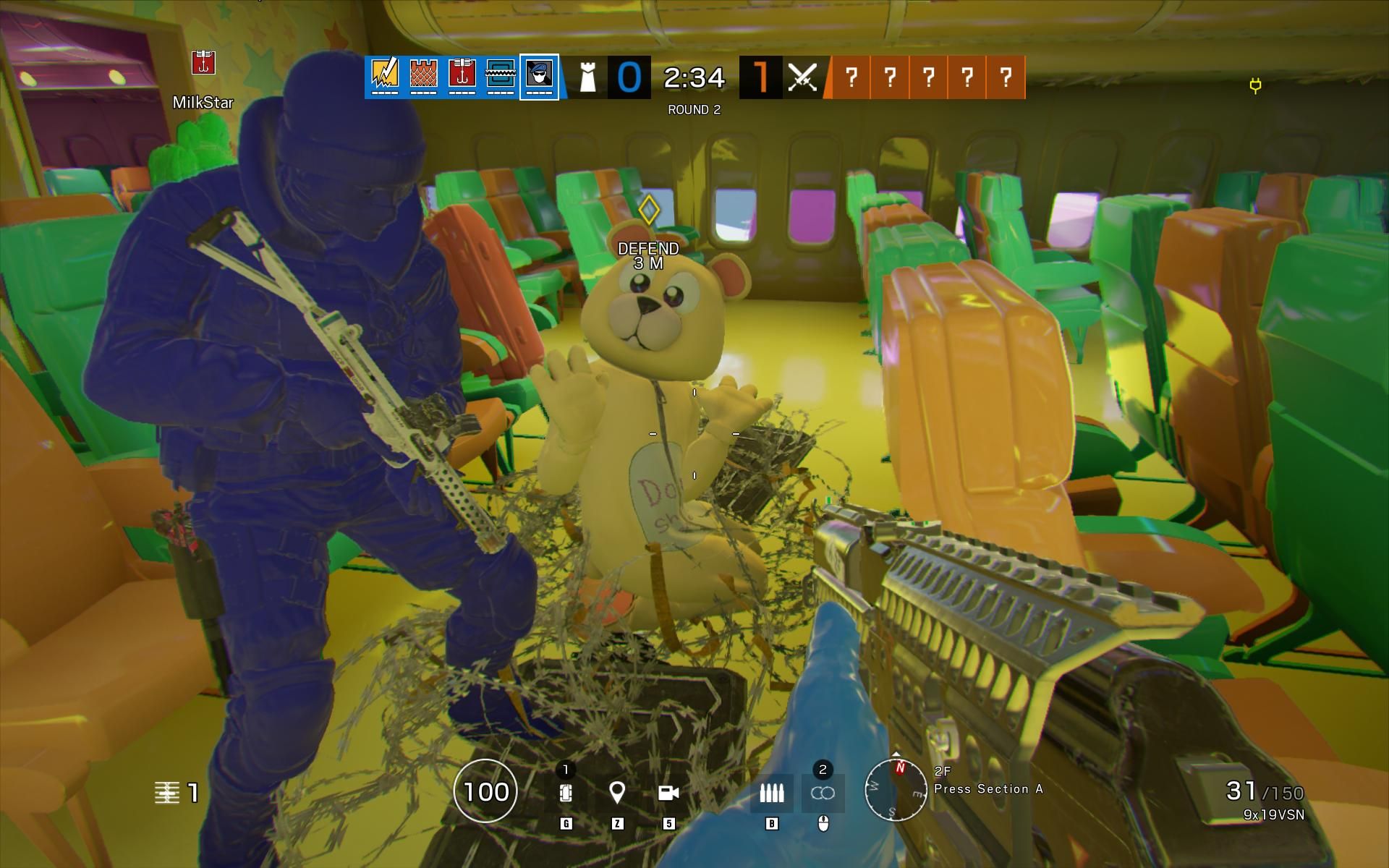 At least actually getting those new operators has become slightly easier. Ubisoft dropped the price of the base game earlier this year, removing the cheapo Starter Edition — with its paltry number of unlocked characters — from sale. The Regular Edition of the game now costs £17, and has a reworked “Renown” system, providing points for play that can then be cashed in for permanent access to operators of your choice. Ubisoft says the new system saves players “up to 150 hours of play,” but that feels more like an ironic comment on the grind necessary in a game you’ve already paid for than a selling point.

Operators can take very different roles, from roamer, to flanker, to anchor, and I wish there was a way to effectively try a character before you buy. But as it stands, in order to get all current operators, you’re either looking at hundreds of hours of play, or an £84 outlay on the Ultimate Edition. This version of the game comes with all available characters, as well as the additional ones set to be released throughout the rest of the year, though for that price I feel like it should also make your dinner for you. A £50 Gold Edition and a £26 Deluxe Edition are cheaper alternatives that reduce the operator count further each time, locking off the year two and three operators behind either renown point or real-world currency spends.

The prices involved feel like a lot for a four-year-old game, but Siege’s strength is that it doesn’t really feel like a four-year-old game (this is the second Update Night on it, even). In a world where even well-represented shooters have withered on the vine, Ubisoft have done good work in keeping Siege vital and fun to play, nurturing the competitive scene while ensuring the casual mode has regular shake-ups. By introducing new operators with unique gadgets, Ubisoft have only complicated the joyfully destructive puzzle that Siege was at launch in fun new ways.