Batman - The Telltale Series should probably have been called Bruce Wayne - The Telltale Series given how little screen time the Dark Knight actually gets in the first season of this ill-fated episodic adventure game, but I'd argue that it made for a more meaningful take on some of his relationships with the wider Batman cast - and specifically a person who's obviously very close to Bruce's heart: Harvey Dent, aka Two Face.

Now, now, I know Selina Kyle, aka Cat Woman, is clearly meant to be Bruce's love interest here, but I wasn't the least bit interested in pursuing that relationship when I came to play Batman - The Telltale Series. Instead, I was far more invested in being best buds with old Harvey, who initially rocks up as the current boyfriend of Selina Kyle and Bruce's long-time pal.

In fact, I was so intent on maintaining my friendship with Harvey that I actually felt insulted when I was first given the option to give Selina a sneaky smooch after helping her kick the butt of some Penguin goons. It wasn't even remotely appropriate as far as I was concerned, if only because they were hiding behind a banged up car at the time, and they'd probably spoken all of ten words to each other in their preceding scenes together. My Bruce was not going to be a forward playboy who steals his best mate's girlfriend kind of dude. He was going to be decent and honourable, so I declined that kiss option and let the rest of the scene play out as normal.

Obviously, as those who have played the game will know, there's another scene later on when Selina tends to a rather battered Bruce in her apartment one night - and at that point I could clearly see that these two were kinda into each other, especially since Harvey had rather gone off the rails in this particular episode and had been acting like a doofus for some time. In this instance, I allowed for a bit of smooching. 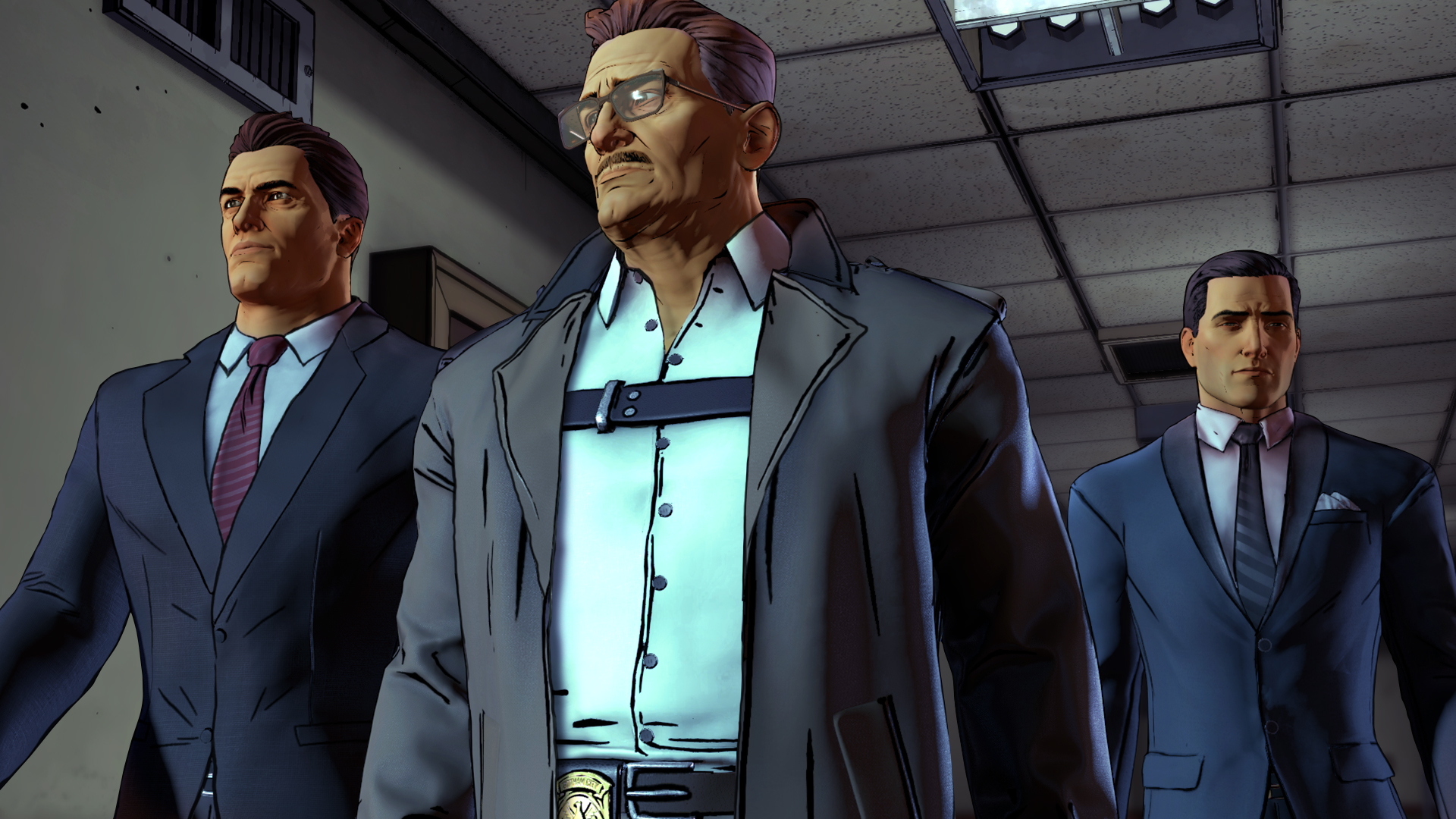 At the same time, I had been doing my darnedest to help Harvey stay on track, supporting him when he needed it and giving him the best advice I could offer when he asked for it. Fundamentally, he was still my best mate, even if he was being a bit of a punk at the time, and best mates stick together through these things. They don't pinch their girlfriends in their hour of need, so I called things off before anything got out of hand.

There were still repercussions, but even when Harvey wanted nothing to do with me any more, I stuck vehemently to his side, supporting him through thick and thin as I tried to make amends. The game clearly wants you to turn against him, and with the way his character ends up being presented, it's easy to understand why so many do. But if you choose to stand by him as I did, you'll get an infinitely more rewarding ending as a result - and I respected that the game still gave me that choice, even though it was so desperately trying to steer me in the opposite direction.

For me, it's that relationship between Bruce and Harvey which defines the first season of Batman - The Telltale Series (not Bruce and Selina). And why it continues to rank as one of my favourite Telltale games (with Tales of the Borderlands sitting at the top, natch) despite its flawed combat and other slightly wonky story options. I went in expecting to hear the same old Batman story for the millionth time, but I came out with a new perspective on my old pal Harvey and Two Face, and it made me question where the boundary between a hero and villain really lies. And if that doesn't deserve celebrating, I'll eat my batarang.