If you’re tuning into the Overwatch League’s stage two playoffs this weekend, you might see a video featuring 14-year-old Danik Soudakoff. Soudakoff is an attendee of some of the games in the Burbank arena, a fan of the Los Angeles Valiant, and deaf. When attending games, he gets an American Sign Language (ASL) interpreter to keep him informed, and he’s been a part of creating new signs to aid communication among ASL users in the Overwatch community. And he has some advice for Blizzard about how they could make the game better for deaf and hard of hearing players – including by following in the steps of Fortnite.

After seeing the video produced by ESPN that’s to air on OWL this weekend, I reached out to Soudakoff to find out more. He reminded me that this isn’t the first time Blizzard have covered his attendance. Back in June of last year, Amelia Savery wrote an article for the official League website about him and the ASL interpreters who helped him when he visited in February 2018.

Making sense of the fast pace of the Overwatch League with visual cues alone is tricky. I watch an awful lot of it, and I still lean on the casters for a better understanding of what’s going on. That makes it difficult for Soudakoff to understand when watching the games via Twitch. In the arena, though, a combination of the interpreters and the crowd's energy provides Soudakoff with the context he needs. 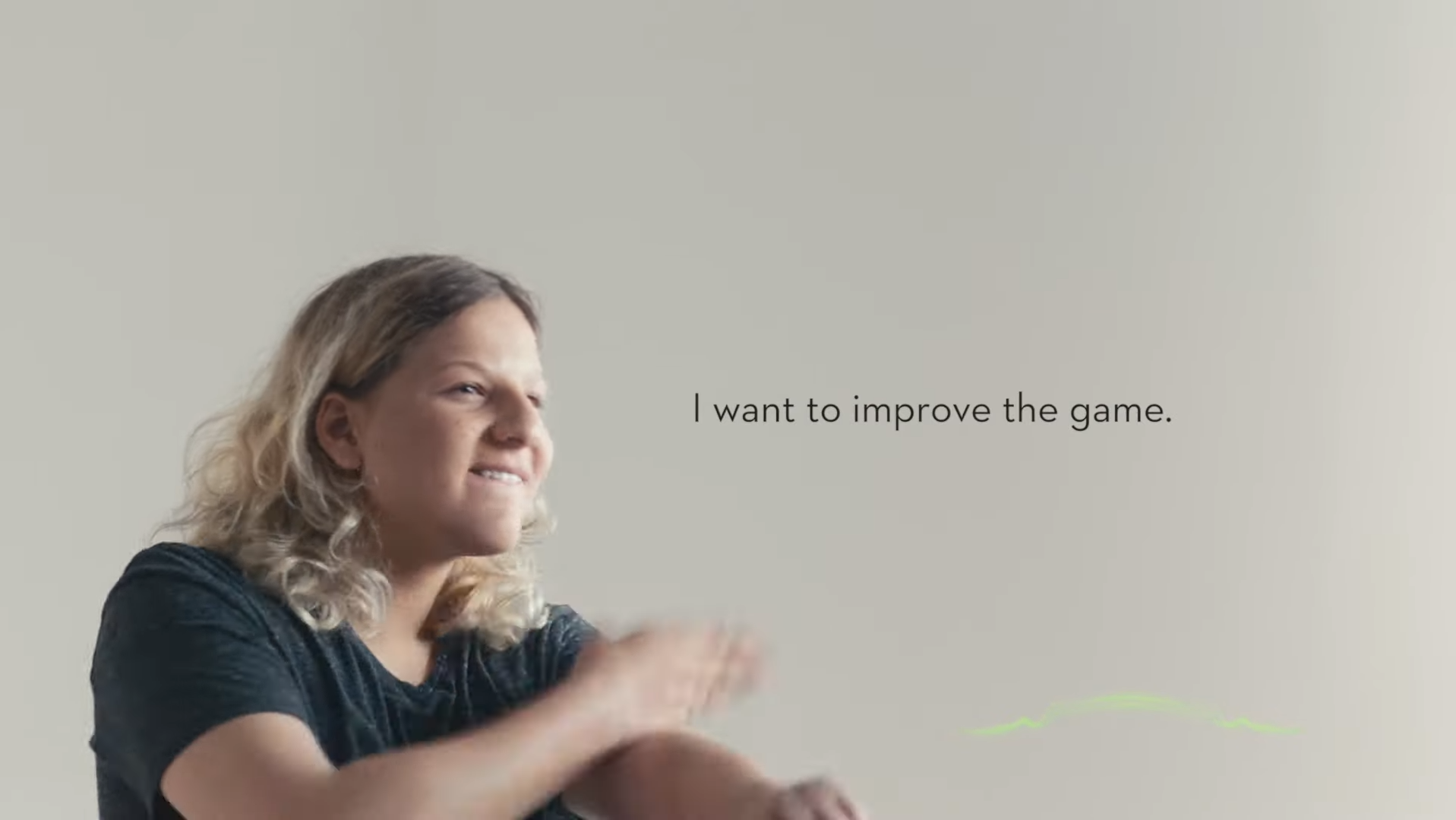 But it’s not just the inability to hear the casters that makes Overwatch difficult for Soudakoff to parse. The game itself lacks features that could help him both playing and watching.

“Overwatch is dependent on sound,” he tells me. “There aren’t many visual cues in-game, nor is there captioning for pre-game voice lines, ability voice lines, and regular voice lines. [If I could], I’d definitely make a change to make it easier, like whenever a hero says their voice line before using their ultimate, an icon shows up.” He points out that this already happens with a few ultimates in the game, like D.Va’s self destruct bomb.

Adding these kinds of accessibility features would not be treading entirely new ground. “Fortnite approaches this issue amazingly,” Soudakoff tells me. “There is a setting that shows visual indicators for things such as gunfire, footsteps, and golden loot boxes.” If similar options were added in Overwatch, it should be possible to make them viewable in the League, too. The paid-for All Access Pass already allows viewers to customise their experience by choosing players’ views or top-down maps rather than the global stream view.

For now, though, Soudakoff relies on various tricks to play as well as possible. “I usually set my sensitivity higher than other players so I can look around faster, I try to turn my sound higher than usual so I can start to feel slight vibrations, I prioritise teamwork way more than anything because they become my backbone and I cannot win without communication.”

I ask him whether he usually plays alone, amazed that he manages to get any cooperation from the wilds of solo queue, where it’s usually everyone out for themselves. “Most of the time I play alone,” he says. “I usually message in team chat beforehand and I always message to communicate, surprisingly enough, some people are like so on board with helping and communicating with me and it’s so wholesome.”

“Sometimes there are people who are not willing to accommodate,” he admits, “which makes me work harder.”

One of his areas of hard work is creating signs so that Overwatch players who are also ASL users can better communicate about the game. “I don’t think I’ve ever met anyone [else] who created sign language for video games,” he tells me. “I feel like it’s amazing to be the person who started a sign for each character.”

He’s careful to caution me that his signs aren’t necessarily “official” though. “Not unless everyone in the deaf community uses it and accepts it,” he explains. But in the comments of his video, he’s received comments saying that others have begun to pick up and use his inventions.

“I even get comments from people who say they have some [other] signs for characters and sometimes I get amazing new ideas for the characters’ sign names,” he adds. “Even though I sent the video out last June it still gets views and it’s being interacted with!”

Though he’s a Valiant fan, I ask Soudakoff who he’s rooting for in this weekend’s playoffs, and he says he’s “more on New York Excelsior’s side,” so here’s hoping they can defeat the all-powerful Vancouver Titans in tonight’s much-anticipated playoff clash.