One of the many things that Phoenix Point doesn't do a great job of explaining is the process of capturing live Pandorans. Many of the research projects available to you are locked until you have the correct Pandoran specimen contained and ready for dissection - but how do you actually go about making this happen? This guide will explain exactly how to capture enemies in Phoenix Point, along with all the prerequisites you need to sort out along the way. 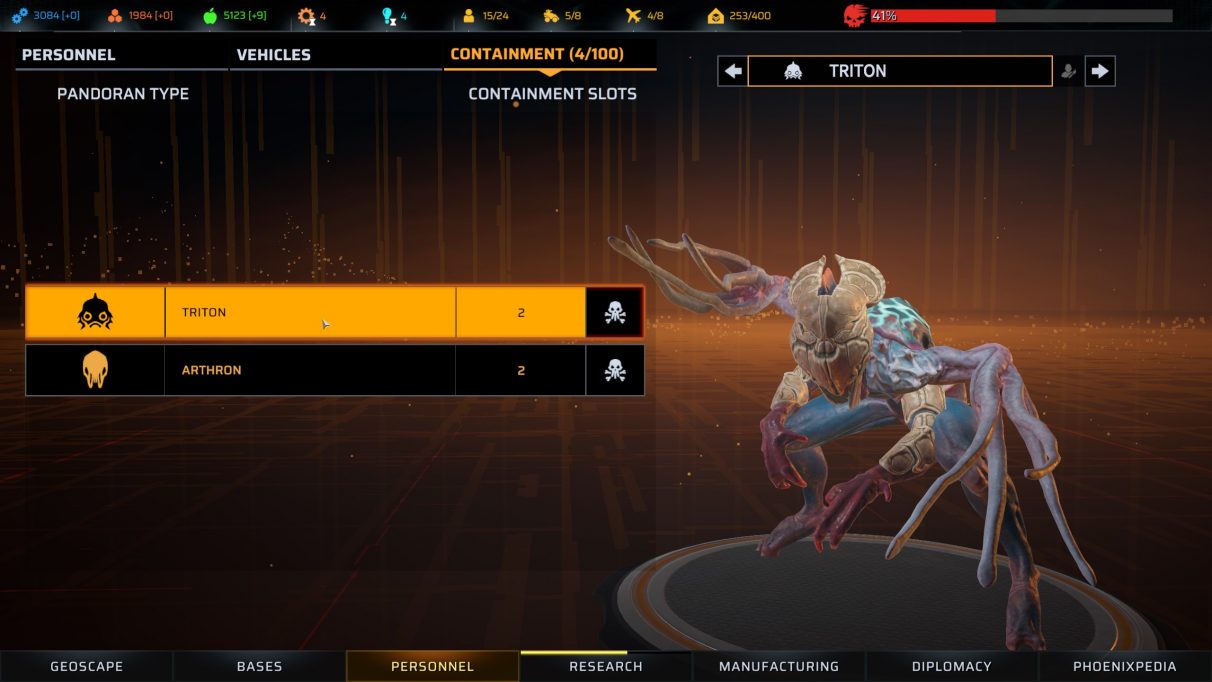 How to capture enemies in Phoenix Point

Capturing enemies is a little easier said than done in Phoenix Point. It's something you can only do with the correct tools, and in order to get it done without undue risk to your soldiers, you'll need to take care with how you position your troops.

In essence, to capture a live Pandoran for study you need to find the correct type of Pandoran enemy that you want to capture, and paralyse them using a weapon that inflicts paralysis damage. When you complete a mission, any paralysed Pandorans will automatically be captured, and - if there's space - brought back to the nearest base for study. 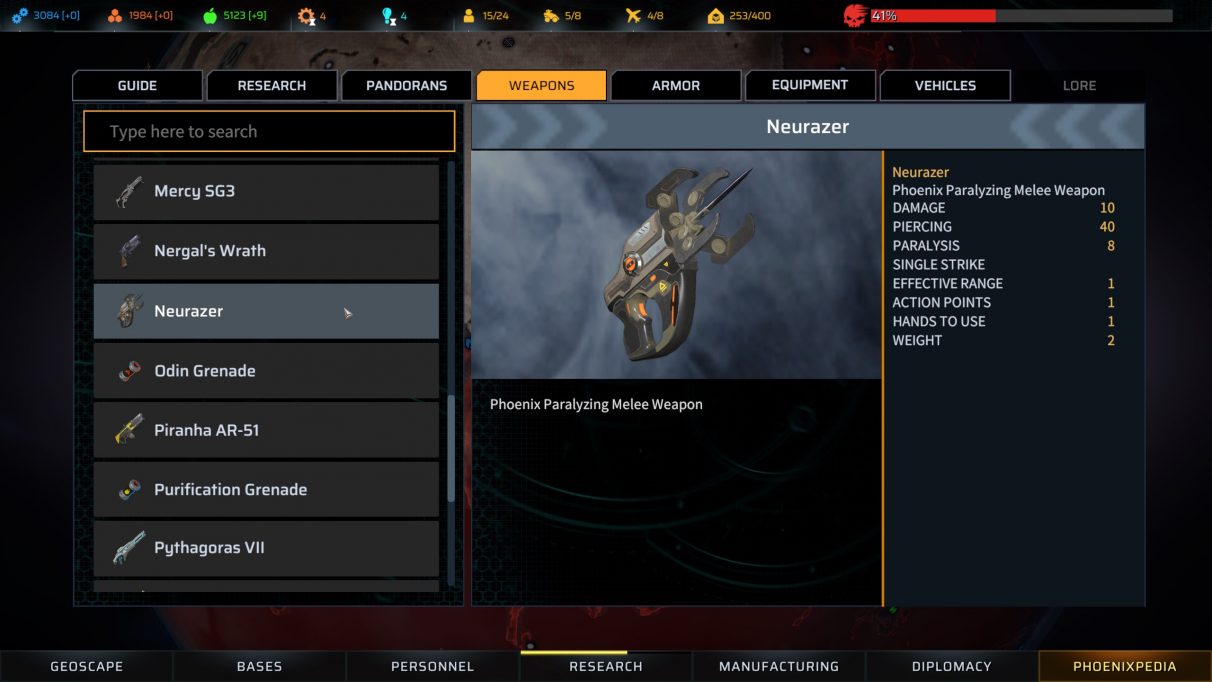 The ideal weapon to use for capturing enemies in Phoenix Point is the Neurazer, which you unlock with the early-game technology Pandoran Capture and Containment. To get to this stage, you'll need to have done the following in order, because each of the following only unlocks once you've completed the previous task:

The important thing to know, though, is that if Paralysis damage exceeds a creature's Strength value, then that creature is totally paralysed and unable to act. Paralysis decreases by 1 point every turn, so you may need to make sure you keep it topped up with an extra strike every now and then - and you'll have to be sure you don't accidentally kill the enemy you want to capture - but the Neurazer is powerful enough that four shocks is often enough to paralyse most human-sized Pandorans.

I've found the safest way to capture an enemy Pandoran is to equip the Neurazer onto an Assault soldier with the Dash ability, which allows you to get into position without using any of your 4 action points. You can then use all 4 points to inflict 4 strikes (32 Paralysis damage) onto the creature you want to capture, which is almost always enough to completely paralyse them. 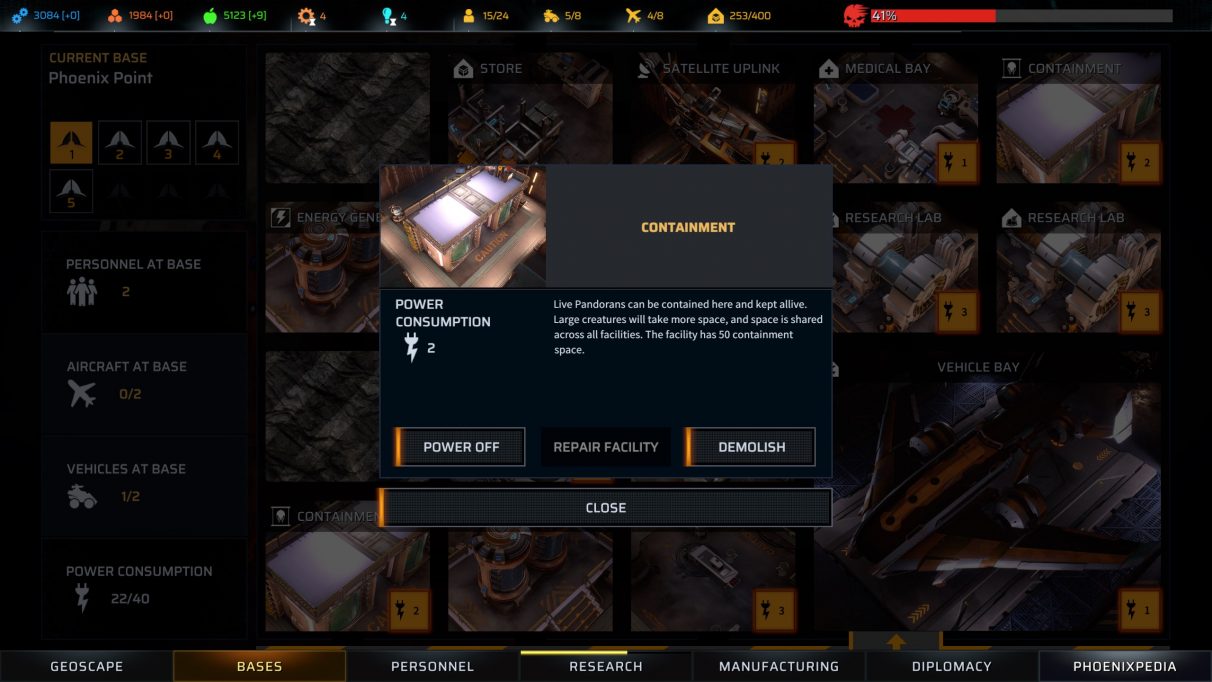 But paralysing creatures is only half the story. The other thing you need in order to capture an enemy in Phoenix Point is somewhere to put the thing once you've captured it.

Thankfully, this is a fairly straightforward process, because there's a single building dedicated to this exact purpose: Containment. You can build a Containment structure in any of your Phoenix bases that have the room, provided you have the resources to build it and the power to operate it. 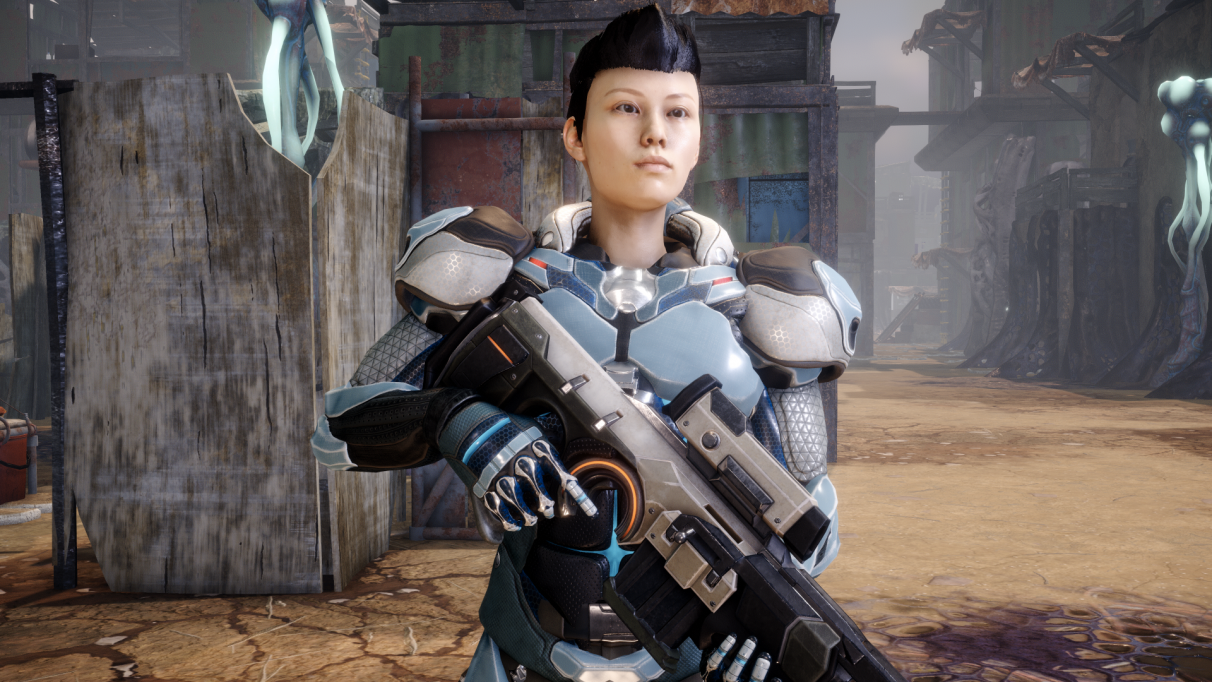 Once you've got all this sorted and the correct Pandorans captured, you'll be able to start the dissection process and finally complete those research projects to help give you an edge in the rest of your Phoenix Point campaign. But that's not all we've got to offer! If you're after more of an edge to help combat the Pandoravirus, be sure to check out the links below to all our other guides on this ambitious turn-based tactics game.