This weekend for N7 day, it was revealed that not only are we getting a remaster of the original Mass Effect Trilogy, but also a brand new Mass Effect game! We should take a moment here to acknowledge that Imogen is apparently able to will news into existence. Send her your requests for sequel announcements.

This article was originally exclusively available to RPS supporters, but we've brought it back From The Archive for all to read. It was first published on November 10th 2020.

You can get more articles like it, alongside an ad-free version of the site, by becoming a supporter today.

Imogen has also already analysed the images to build a compelling argument that this will be set after Mass Effect: Andromeda, fourth and most maligned entry in the series. It makes sense: bring out a remaster of the ones everyone loved to cleanse the memory of Andromeda, the one a lot of people hated. That being said, I would also like to remind you all at this early juncture that Andromeda wasn't even that bad.

Like, I'm not going to lie that some of the animations and the flat colour on eyes and makeup options made a lot of the characters look like the staring dolls my grandmother had that scared the shit out of me. The exemplar for that was Foster Addison, the now infamous "my face is tired" woman. But the 1.05 patch fixed most of those problems.

Besides, I don't think the line "My face is tired" is an example of terrible writing because I actually say that. I say that all the time. I said it the other day because I spent at least 24 of the 48 hours this weekend playing Assassin's Creed. There are different types of tiredness, including head tired, leg tired, and eye tired.

It's also not as if wonky animations and bugs plagued the game - they existed, but they didn't represent the majority of it. You can play basically all of Andromeda and have an issue-free time. I'm sure if I clipped all the bugs I saw in a 30-hour open world game into one ten-minute YouTube video I'd make it look like a piece of shit, too. 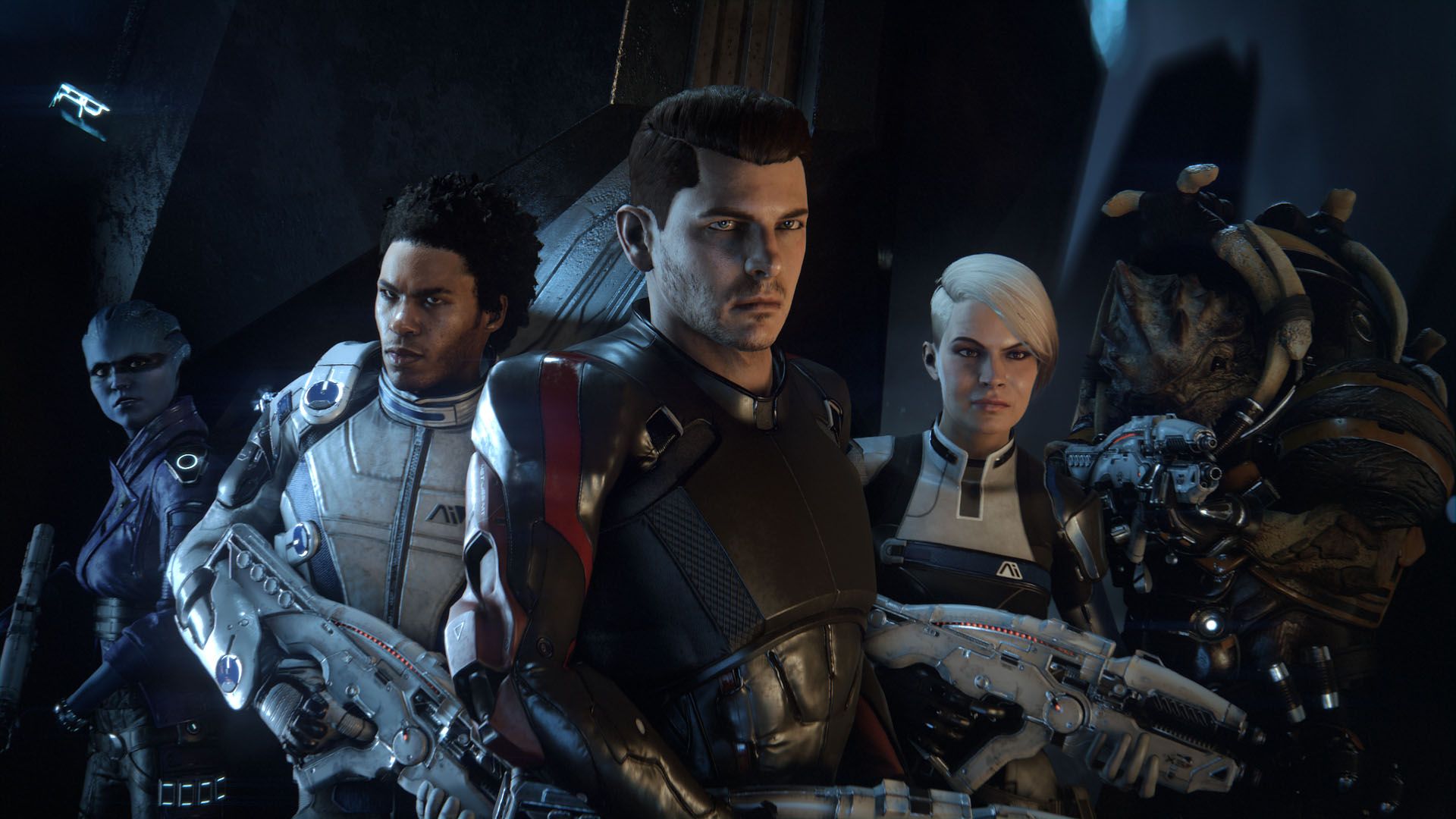 But even if Andromeda was broken and unplayable on launch, there are still loads of really good things about it. The premise of colony arks arriving at different times because of a cock up remains an properly arresting one for a game set in space. An early level where you explored a darkened ark ship and tried to figure out what shit had gone down was pretty damn spooky.

All right, the companion characters for your squad might not have been as fuckable as the sexy lizards from the original trilogy, but they were still a fun bunch. Liam was a proper south London dude and I loved hanging out with him. Nakmor was like having a cool, chubby iguana grandad who smashed the shit out of people. And there was some great level and area design! I liked the desert planet Elaaden, and the frozen world Voeld that had weird shapes swimming around under the ice.

This is also not to mention that the combat in Andromeda was undoubtedly the best in the whole series. You got a jetpack. It fucking rocked.

So if Mass Effect 5 is a sequel to Andromeda, I'm all for it. And if it isn't, I might just go and play Andromeda again, just to stick it to the haters. And if you avoided Andromeda because of the bad hype you'd heard, perhaps now is the time to give it a chance.