I’ve said two things here multiple times. Firstly, this season of the Overwatch League is one of upsets and unpredictability. Secondly, I love and cherish Shanghai Dragons. But I still wasn’t ready for the Dragons to face a playoff gauntlet of the big three teams, New York Excelsior, Vancouver Titans, and San Francisco Shock, and beat them one after one to become stage champions. In the most scream-inducing way possible.

Last week, I entreated New York to please lose in the quarter-finals so that Shanghai could progress through to the semis. I was not actually expecting it to happen, but New York kindly obliged, suddenly deciding not to field damage-dealing star Park “Saebyeolbe” Jongryeol whose Sombra play has carried them through Stage 3. That was fun, thought I and presumably every other Dragons fan. Such a shame that they’ll be facing Vancouver Titans next.

“Vancouver were stepping stones for us that contributed to our win today,” said Noh "Gamsu" Youngjin after taking the finals. Stepping stones! Arguably the best team in the League!

Across the playoffs, it was all about the support players. Shanghai got the upper hand over Vancouver by mercilessly targeting their Zenyatta/Ana, Lee “Twilight” Jooseok. Simultaneously, Dragons player Son “Coma” Gyeongwoo shone through as one of the most daring Mercy players in the League, flitting around to keep everyone alive even in the most intense of situations and pulling off terrifying resurrections on his teammates. The combination put Shanghai through to the finals, facing off against their old practice mates in the Shock.

But Coma wasn’t the only Mercy on a tear. Though they eventually lost the point, the Los Angeles Valiant’s comeback when defending Volskaya was all thanks to this resurrection by Kim “Izayaki” Minchul.

I'm not usually especially fussed about the meta, but I will say that these team compositions lend themselves to these kind of drawn-out scraps far more than Goats, which I can get behind.

This is also the game where I can fairly praise Shock for their great playoff run. They looked dominant against Valiant, especially on newest map Havana. Again, it was the supports that got their moment in the spotlight. Kim “Rascal” Dongjun has made a name for himself already as the League’s only really good Baptiste player, but charging his ultimate in 22 seconds on the defence was still a good demonstration.

So, too, is Grant “Moth” Espe’s absolute persistence in tracking down Russell "Fctfctn" Campbell and booping him over the cliff.

And it wouldn’t be totally fair to say that the Shanghai-Shock match was all Shanghai. It did look to be at first, but the first-to-four format almost proved their downfall. After three wins, they only needed to secure one more – but it really looked for a while as if Shock would reverse sweep. In the end, it took Shanghai seven maps to secure their victory. You should probably just go ahead and watch the whole thing. I remember very little of it because I was mostly screaming.

It’s a curious thing, to go from a fan of the 0-40 Shanghai Dragons to a fan of the stage three victors Shanghai Dragons. As many have been quick to point out, it’s not really the same team. The only member of the original roster who has seen play this season, Kim “Geguri” Seyeon, was on and off the bench for the first couple of stages before being out for almost all of stage three. For fans who came to the team because of their underdog status or for Geguri herself, supporting a winning team that she doesn’t play in is a very strange situation.

One stage isn’t enough time to say that Geguri is out forever. Again, she played in the first two, helping the team to get their first win and other successes. But they’ve also acquired a new player that specialises in her usual heroes, Lee “Envy” Kangjae, leaving her position in some doubt.

This is where the fact that she has obvious value to her team even when not playing is a double-edged sword. Last year I wrote about the furore caused by some people naming her the most “valuable” player in the League, taking into account reasons wider than simply skill. “People still don’t realize just how valuable it is to have a woman in the Overwatch League,” summarised fellow writer Nicole Carpenter, explaining her vote. That means the Dragons are unlikely to let Geguri go, or trade her to another team. There is a fear that she could be on the bench indefinitely, something her many fans, and presumably she herself, would rather not see. 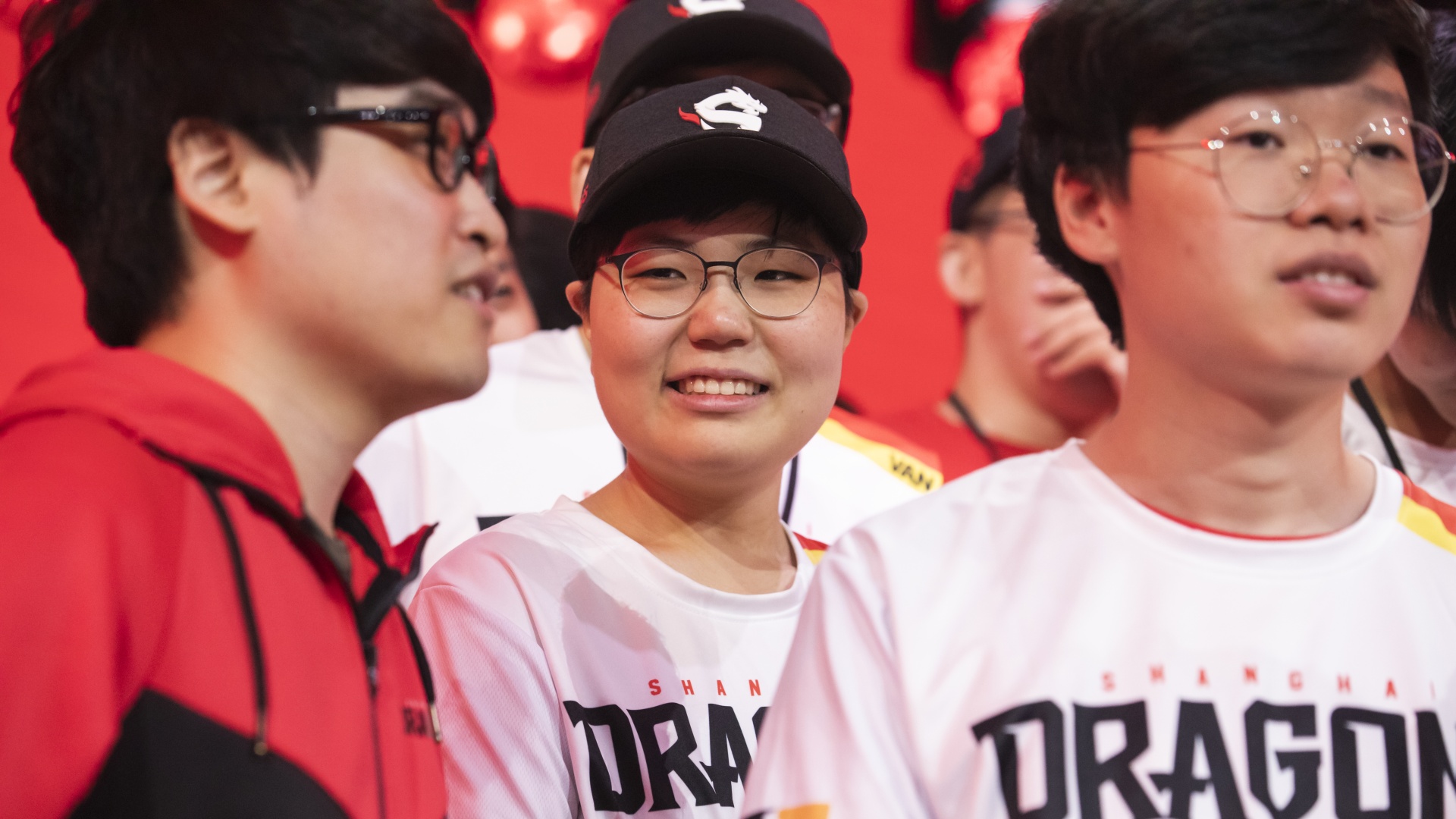 Shanghai have every right to play other off-tanks, but her stage one and two performances show that she is worthy of actually playing in the League. If she truly does end up stuck on the bench, it would be a double blow: her being underutilised because of the Dragons’ reluctance to trade and the League resetting to having no women take the stage.

And for Shanghai themselves? At Waypoint, Eric Van Allen and Nico Deyo asked what it meant for them to win their first game; for fans to suddenly be supporting a team whose identity was no longer their losing streak. How much does being stage victors amplify that tension?

Despite beating the top three, they’re still firmly outside that trinity, who are marked by a consistency that the Dragons don't match. But their team hashtag this season was "Breakthrough," something that's been more than achieved. They need to figure out what's next as their rags-to-riches chapter comes to a close. Else those of us who love a scrappy disaster might have to follow ex-Dragon Chon “Ado” Gihyeon over to the struggling Washington Justice.

OWL will return in the last week of the month, for its final stage of this season. All the teams will be vying to make it into the season playoffs, especially considering Shanghai’s eighth-place seed run proves they don’t need to qualify top to take it all. (Not to mention last years’ finals also being between the two lowest qualifiers.) Before that, though, there’ll be another few weeks of regular-season games, beginning with Houston Outlaws and Paris Eternal. Also on that first day, the Dragons will rematch the Titans. I feel kind of bad for Twilight.

Until then, here’s Coma saving Yang “Dding” Jinhyeok’s life by putting his squishy 200hp body between the ulting Pharah and the enemy. Thank your healers, folks.