When the Overwatch League’s Most Valuable Player (MVP) award was handed to Jjonak of the New York Excelsior, no one was really surprised. His Zenyatta play has undoubtedly been immensely valuable; a key factor in New York’s impressive 34-6 win-loss ratio. The amount of damage he deals far outstrips every other Zenyatta player in the League, and often that of DPS players, too – all without neglecting his healing duties.

Nonetheless, the definition of “valuable” is a subjective one, and the accolade is a useful lens for thinking about what parts of the game and its culture we consider to be of value, and what parts we tend to dismiss or overlook.

Overwatch isn’t a game about dealing damage. It’s an objective based team game that requires healers and tanks, as well as positioning, map knowledge, communication, and so on. But because these things are harder to see and showcase, both the League and the game itself have had trouble demonstrating their value. 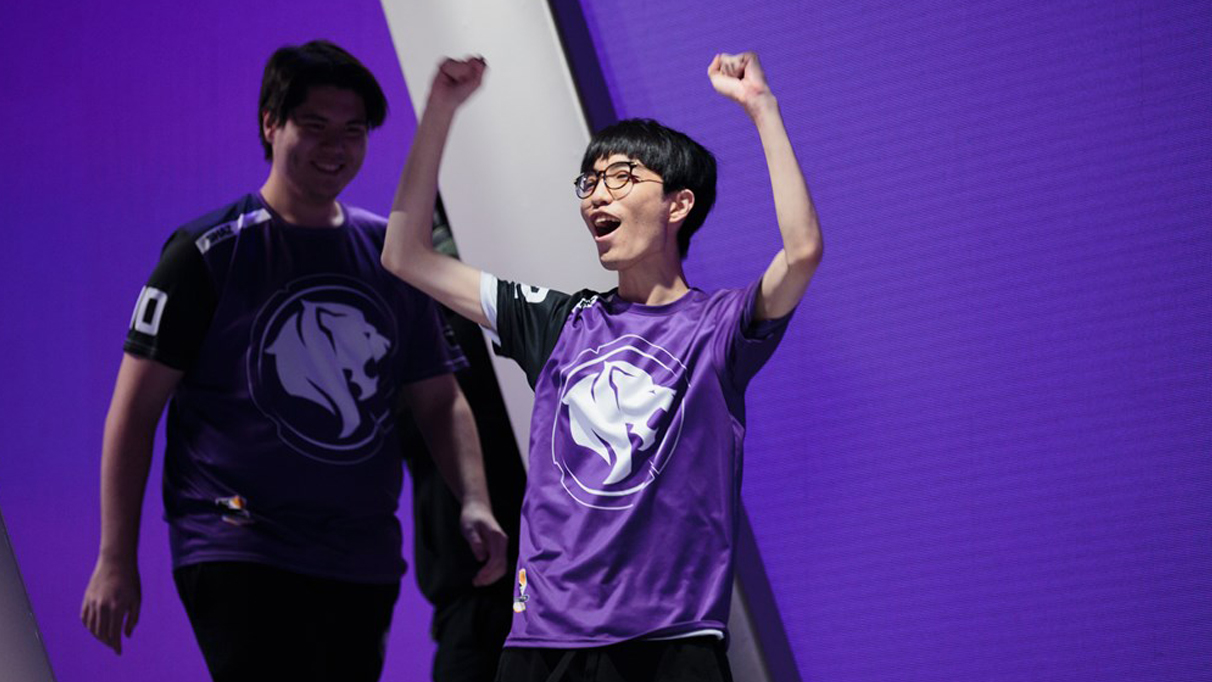 Overwatch’s Play of the Game system is supposed to show off a clip of a great moment at the end of each match, but usually defaults to a Junkrat Riptyre or Genji Dragonblade. It’s much harder for an algorithm to recognise great set ups, like Zarya’s Graviton Surge, or clutch support plays that keep those DPS characters alive long enough to rake in the kills.

When it comes to the League, the same problem arises in a different form. Cameras linger for long stretches on Widowmakers staring down their scopes, waiting for that satisfying ‘ping!’ of a headshot. In the rare event that support players are given air time, it’s for the rare emergence of a battle Mercy whipping out her pistol – or Jjonak’s deadly orb barrages.

In this context, Jjonak’s crowning is an interesting one. He is a support player, and New York could not have flourished as they did if he had given that up to focus only on Zenyatta’s damage dealing abilities. But it is undoubtedly his high DPS that sets him apart from other support players.

75% of the weight of the MVP votes came from professionals: coaches, broadcasters, and the media, who were given a first, second, and third place nomination. Jjonak evidently featured heavily, but few other support mains got a look in – just six votes in total. Though some tanks were championed, especially the LA Gladiators’ Fissure, more votes were split among big DPS names like the Philadelphia Fusion’s Carpe, the Boston Uprising’s Striker, and the New York Excelsior’s Saebyeolbe. 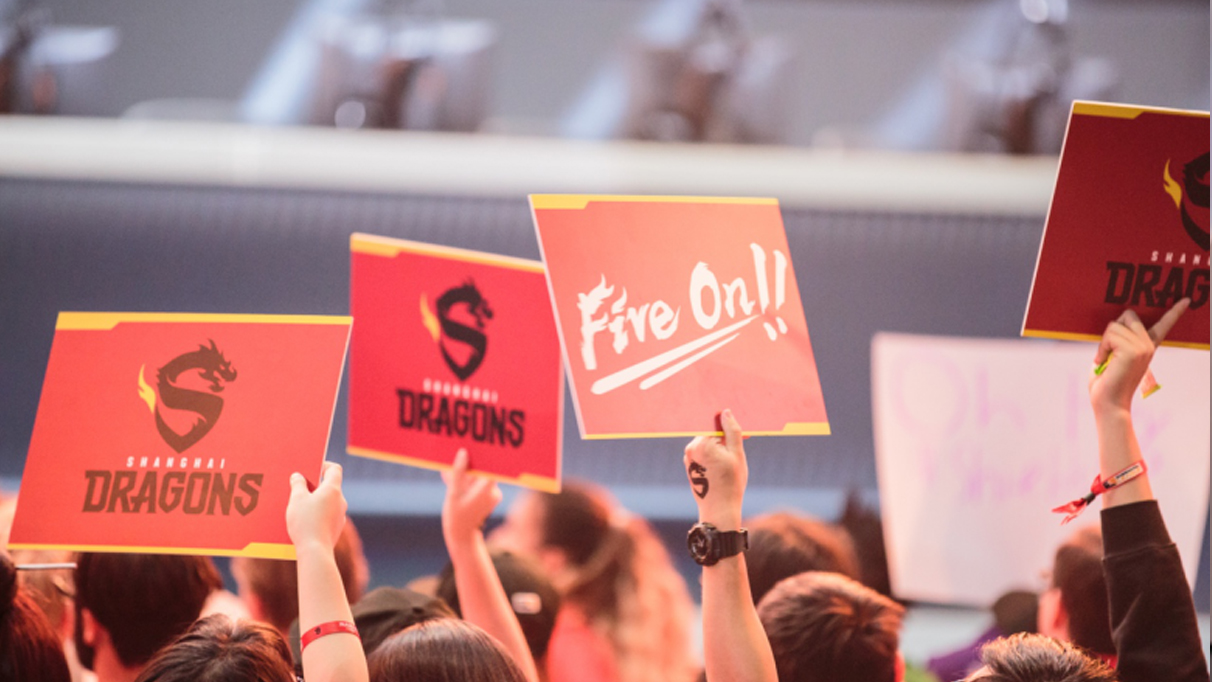 These players’ value to a game is immediately noticeable. Saebyeolbe’s Tracer or Carpe’s Widowmaker (or, yes, Jjonak’s Zenyatta) tearing through the enemy team can be game winning, and is always flashy and fun to watch. It’s much, much harder to showcase, and therefore to appreciate, the subtle – but ultimately no less valuable - influence of a healing orb or Mercy beam.

Neither does value only have to apply to in-game actions. Dot Esports writer Nicole Carpenter was one of the professional voters, and though she chose Jjonak and Fissure as her first and second place candidates, she was also one of only three people to nominate the Shanghai Dragons’ Geguri. She explained that vote in a tweet: “MVP goes beyond gameplay for me - Geguri did a lot for the League and her team beyond her presence in-game. Her place as the first woman in the Overwatch League is worth commending, and she harnessed a HUGE fanbase surrounding the League's worst team.”

“It feels way too narrow to define a player’s value only by what they bring to each match,” she elaborated to me, “which is why I thought it was important to vote Geguri in my top three. It’s not to say that Jjonak shouldn’t have won the award – there was multiplicity to his value as there was Geguri’s.”

It’s true that many people voted for Jjonak for his ability to balance healing and damage, and for reasons outside of his gameplay. He had never played in competitive Overwatch before the League started, and in season one had the most stage time of any player, demonstrating his dedication and centrality to the Excelsior’s roster.

But his significance is still very different to Geguri’s, and not everyone was happy with Nicole’s reasoning. “I think a lot of the pushback to how I defined value was because a lot of people still don't realize just how valuable it is to have a woman in the Overwatch League,” she says. “It's complex because Geguri has stated publicly about not wanting to be known as 'a woman in the Overwatch League,' but her impact on female fans can't be ignored.” 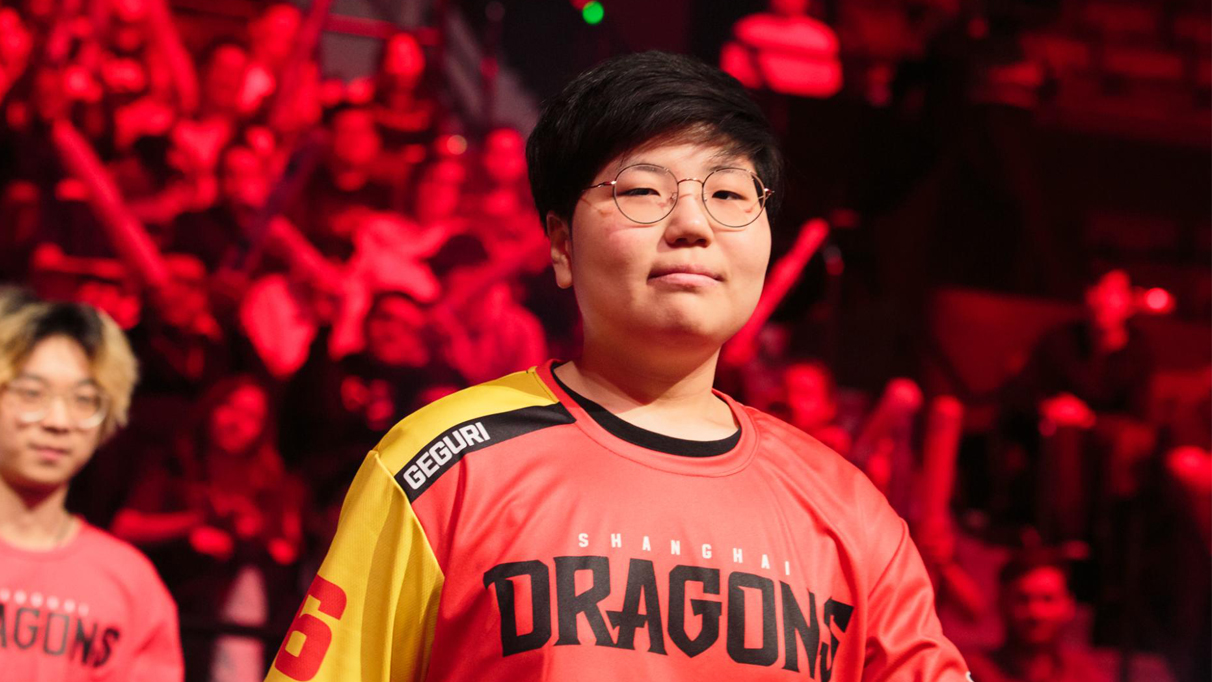 This is something I’ve written about at length, but suffice to say that Geguri, and the Dragons at large, are immensely popular. In contrast to the three votes she netted from professionals, Geguri was in second place in the fan vote according to the League’s website. Fearless and Ado, two other Dragons players, were in first and fifth respectively, despite not getting any professional votes. (It’s also interesting to note that the League also published official videos celebrating some potential frontrunners, split 5-3-2 between DPS, tanks, and support players – and with no Dragons in sight.)

The disparity here shows this difference in interpretation of value clearly. The Dragons were not successful in terms of wins, but they were hugely successful in terms of support. Games between them and the second “worst” team, the Florida Mayhem, drew huge viewership, more than many games between major players. Fearless, Geguri, and Ado may not have been as valuable as other players in terms of how much damage they did, but some combination of their underdog status, raking in the Chinese vote as their “local” team, and, yes, Geguri’s gender, made them immensely valuable for galvanizing fans and encouraging interaction with the League.

Jjonak is an exceptional player and in very many senses he is immensely valuable to the Overwatch League - but even he said that he had expected the award to go to a DPS player. These flashy competitors have long held our attention, and Jjonak’s ability to surface above them as a support player is extra impressive. Yet it still suggests a narrow interpretation of value; one that centralises a player’s ability to pick off other characters and overlooks other ways of contributing to the team – or to the culture at large.