Zombie choose-o-drama The Walking Dead: The Final Season released its third episode this week, after a short delay as Telltale sadly closed its doors and Skybound took over development (thankfully with at least some of the former workers on board).

I haven’t finished it yet, because who has time to finish video games nowadays, even episodic ones that are only a few hours long. But I did play and enjoy the second episode close to its release, and a combination of choices – and mistakes – I made stood out to me, so: here is a story of how I messed up.

Spoilers for episode two below!

One of my favourite things about The Final Season is the way it builds up relationships between hero Clementine and two other characters: the cold-but-caring Violet and the charismatic pianist Louis. It’s soon clear that the game is setting up a choice of potential love interests for Clem, thereby allowing players to choose her orientation as well.

I think my Clem is probably attracted to all genders, because hey, same, and to be honest I think I personally prefer Louis. But it’s not very often that we get to explore romantic relationships between two women in games, so I decided to go down Violet’s route. It’s sweet and touching, and if you skipped over my spoiler warning but haven’t played it yourself I do recommend it. 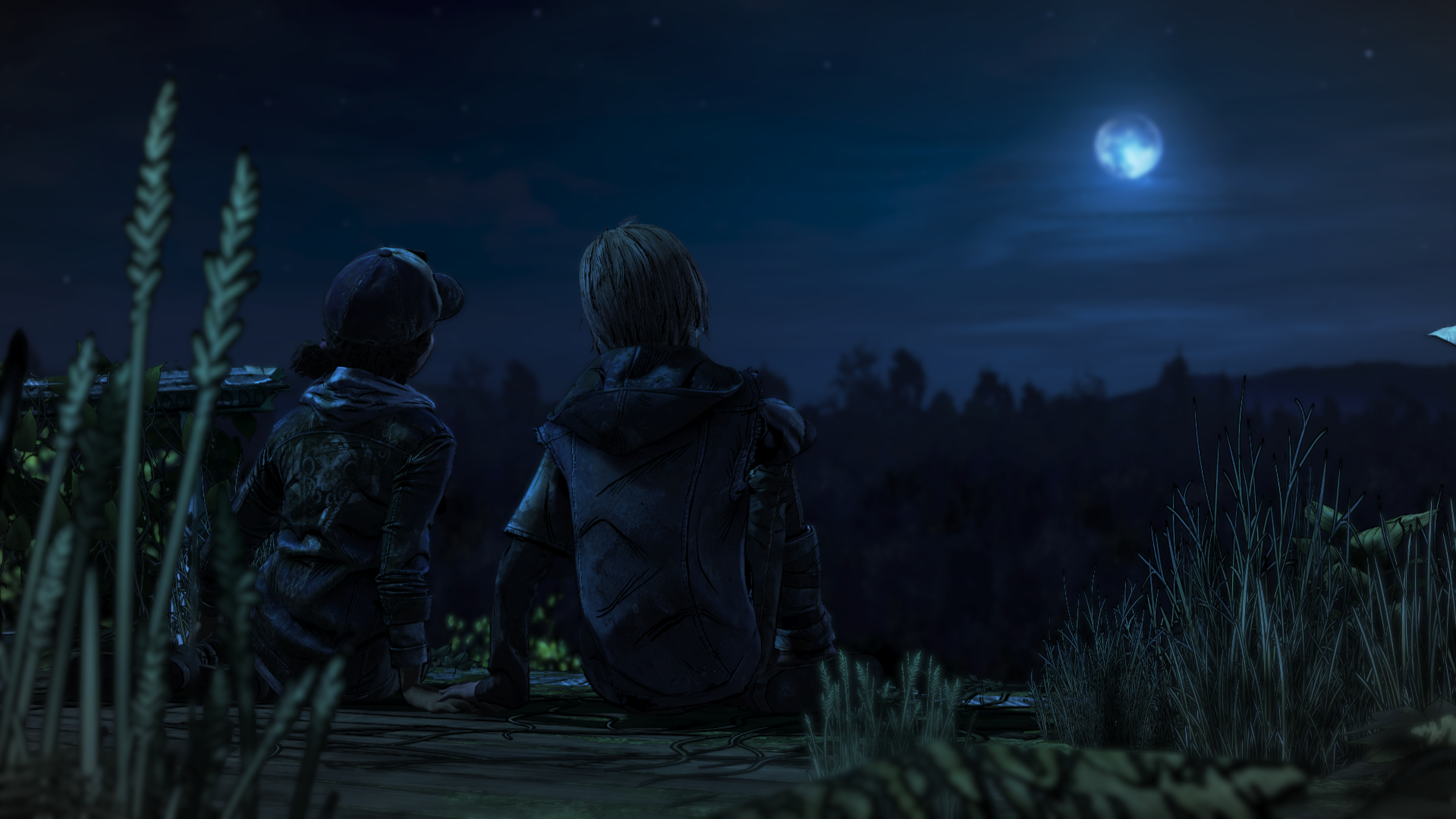 So far so good.

Then, because this is a Walking Dead game, this happens. 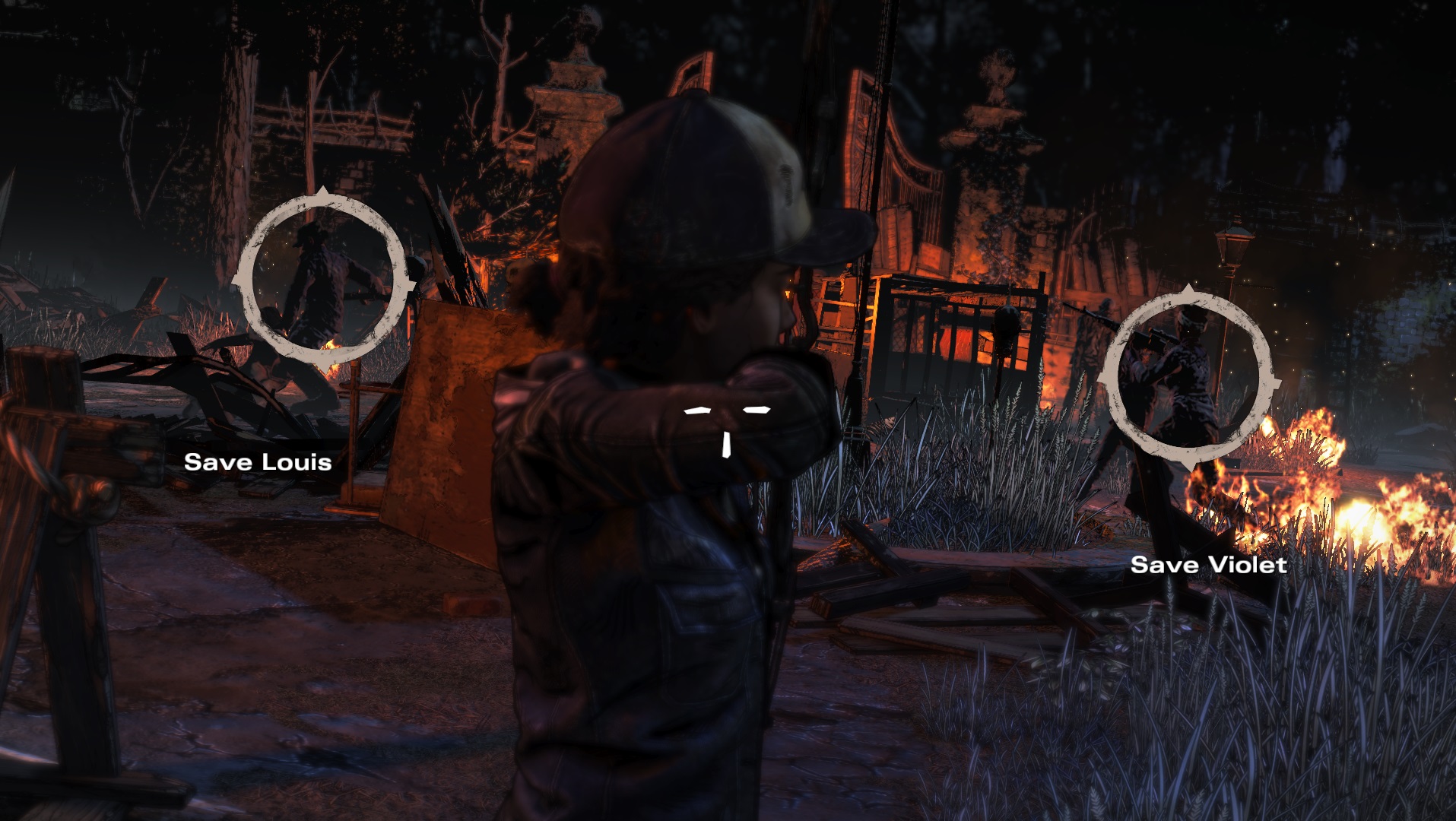 I definitely should have seen this coming, but in the moment it took me by surprise. It felt unbelievably tense, too – before digging up this screenshot again I could have sworn it was a timed choice.

Remember when I said I think I actually like Louis the most? Well, I guess that instinct kicked in, because my immediate reaction was to rescue him instead of the woman I'd just been making out with under the moonlight. Whoops. Like I said, I messed up, and now my Clementine is in a weird position where she both expressed romantic interest in Violet and allowed her to get kidnapped.

I assume that most players would have romanced and rescued the same person – like I meant to – but not doing so actually seems to have created a far more interesting story. At the beginning of episode three, Clem and the other characters go after their stolen friends and I’m intrigued as to how Louis and Violet will react to Clementine’s – my – strange decision making. Will Clem try to pass it off as a snap judgement that doesn't mean anything? Will others read into it like I have?

In her ending card for episode two, my Violet is described as “exhilarated when you confessed your feelings for her…[but] betrayed when you let the raiders kidnap her after spending time together,” which makes me hopeful that the game will adapt to my strange dichotomy of decisions.

Louis’s ending card, on the other hand, only says he’s disappointed that I didn’t choose him, which you’d think would be more minor than saving his life, but apparently it was a crushing enough blow to override that. Hopefully he’ll get over it. On the other hand, it’ll be interesting to see whether choosing Violet initially has locked me out of any future romances with Louis – maybe I ought to live my Clementine’s truth after all.

It’s easy to say that choice-based games usually end up in the same place, but it’s little changes like this that make the journey more important than the destination. My playthrough truly feels mine (read: messy; queer), and has me feeling like I’ll miss Telltale a lot even if other studios step in to fill their void. (Also, fingers crossed everyone who worked on it has landed on their feet, and, you know, unionise the games industry.)