Obsidian Entertainment, the studio behind RPGs from Alpha Protocol through Fallout: New Vegas to Pillars Of Eternity, tonight announced The Outer Worlds, a new singleplayer first-person RPG with a space-western twang. As a space colonist who was deep frozen when their ship got lost, we end up in the arse end of the galaxy on a planet many factions are fighting over. It's a bit of a silly one too, a bit like Borderlands but hopefully not filled with gits? Trailer below.

"In The Outer Worlds, you awake from hibernation on a colonist ship that was lost in transit to Halcyon, the furthest colony from Earth located at the edge of the galaxy, only to find yourself in the midst of a deep conspiracy threatening to destroy it. As you explore the furthest reaches of space and encounter various factions, all vying for power, the character you decide to become will determine how this player-driven story unfolds. In the corporate equation for the colony, you are the unplanned variable."

The Outer Worlds is due to launch in 2019. While Obsidian are now owned by Microsoft, this one is being published by 2K's Private Division so it isn't confined to the stupid git Windows Store. Look, it already has a Steam page and all. Look, dialogue options: 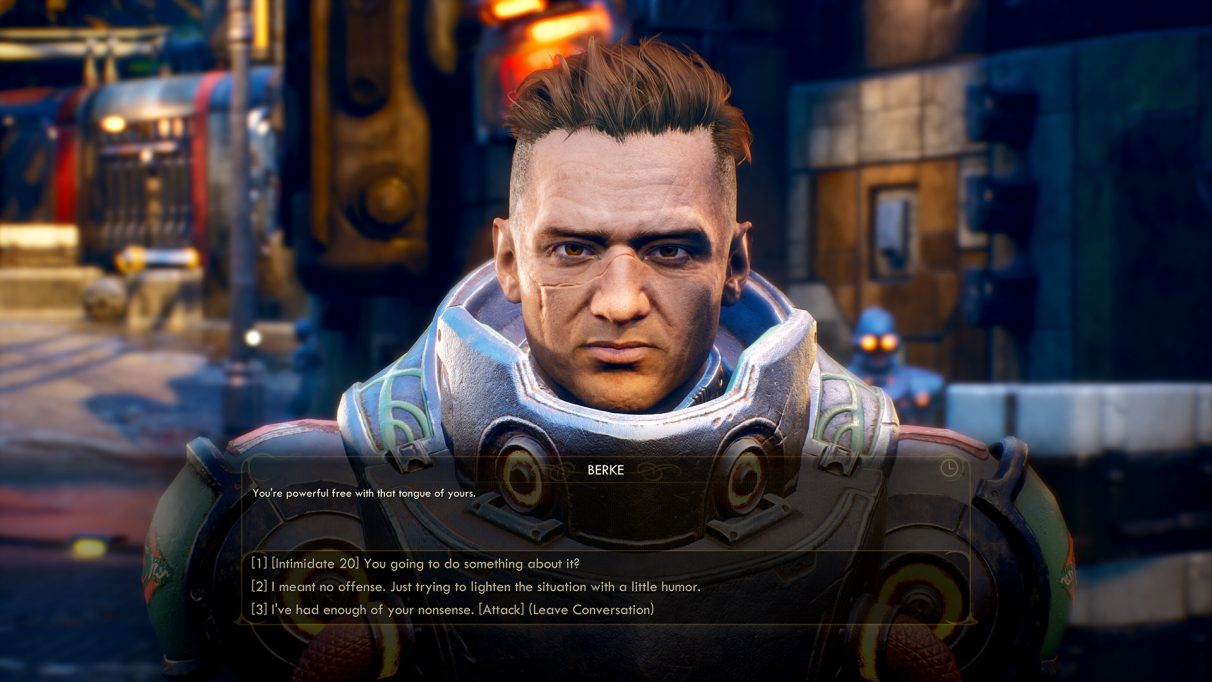