Overwatch's latest diabolical duo - bandit queen Ashe and her mechanised manservant Bob - have sailed through public testing with ease, and are now live on the regular servers for the game. While there's still two weeks until they'll allow them into competitive, ranked play, they're available for use in every other mode right now. She's a mid-range precision damage-dealer with a powerful grenade attack and a shotgun that lets her rocket-jump or push enemies off ledges. He's a summon-type ultimate that also counts as an extra team member. Together, they do crimes.

You can read the full patch notes here, and my previous breakdown on Ashe's abilities here, but here's what I reckon are the interesting parts:

Mercy's ultimate move has been straight-up buffed. Her Valkyrie ultimate charges 15% faster, it heals 20% more. The much-maligned medic will hopefully be able to avoid heckling after these tweaks. Unlikely, though. Poor Mercy. Heroes never die, they fall over a lot more than she'd like.

Reaper got the Counter-Strike treatment. The randomisation of his shotgun spread is reduced by half, and the spread pattern tweaked. Now it should be a bit easier for pro players to predict where each blast of buckshot lands. Never a skill I've had, though. His Reaping life-steal also got a hefty 50% increase from 20 to 30% of damage done. One step closer to being the ultimate edgelord.

Roadhog has seen a minor overhaul. His chain-hook is a bit faster and snappier, pulling in targets quicker and refreshing its cooldown the moment it's activated. His scrap gun's spread is also reduced in randomness, and more of its pellets should hit near the centre of where you're aiming, giving it a bit more utility. His Whole Hog ultimate also has less recoil, and more knockback. Beefy boy got buffs.

Symmetra 2.0 is still underperforming since her overhaul, so they've made her photon projector beam charge up to full damage 20% faster. Quite frankly I'd just like the option to play the old version with her wibbly-wobbly, delightfully noodly homing lasers and intimidating slow-moving death-blob shots. Sadly, I don't see that happening. 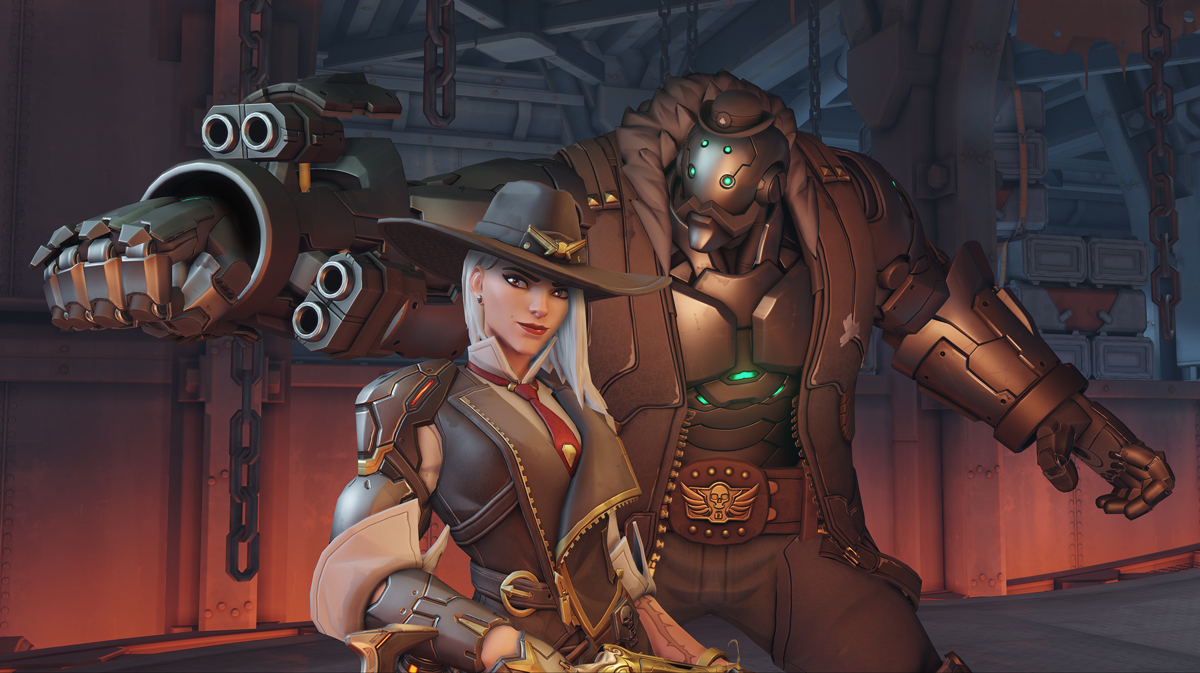 Applied to all characters, jump height has been "made consistent" across the hero roster. While I may be wrong (I'm still downloading), this sounds like everyone's jumping the same height, from Lucio to Orisa. Not sure if I agree with that, but it probably saves some headaches for mappers figuring out where players can jump to. Lastly they've tweaked timers on assault and escort maps. You've 15 less seconds in the setup phase (down to 45 seconds), but have 15 more in the Assemble Your Team phase. Time flies when you're being patched.

According to Blizzard, this patch may take a bit longer than usual. Something under the hood has changed, requiring an almost complete re-download of the game.  Adjust your schedules as needed if you've got any competitive matches tonight. Those with the PTR version already installed won't be patching for nearly as long, though - you folks already have most of the changes.