Blizzard have given us a glimpse into the early development stages of Overwatch, and they feature a Tracer who can shoot lasers out of her eyes and a cat with a jetpack. While watching the game evolve is interesting in it's own right, the video that came out of BlizzCon is also an interesting peek into the Overwatch that could have been. I've popped the 13 minutes of game footage below, along with a few panels of neat looking concept art.

That video starts with the very first time anything was rendered in the engine, and runs all the way up to when the game was first showed off at BlizzCon 2014. In that first playtest, the devs explain that they "were unable to put guns into her hands so she had to shoot laser beams out of her eyes to simulate shooting". From 5:30 we get to see the early versions of some abilities, like Hanzo's ult which was referred to internally as "the caterpillar". It's nice seeing the devs play around with those early animations, adding googly eyes to the ugly chain of blobs that would eventually become two spiralling dragons.

I was most interested by the hero abilities that got scrapped somewhere along the way to release. Torbjorn used to have to build his turrets in two stages, Reinhardt could throw his hammer and Genji could perch on walls before descending on his foes with a permanently equipped Dragonblade. An early version of Mercy's ult allowed her to heal 3 people at once, which - as the devs note - has come full circle with her recent rework. Some of those early ideas found their way into the game through new heroes, such as Doomfist's second ability in the form of an early version of Winston's jump.

I wish the same could be said for some of these early hero designs, which we'll only ever get to see in early concept art form. It seems that "Jetpack Cat" got scrapped for being too left-field, though - as I'm not the first to note - a scientist gorilla made the cut just fine. 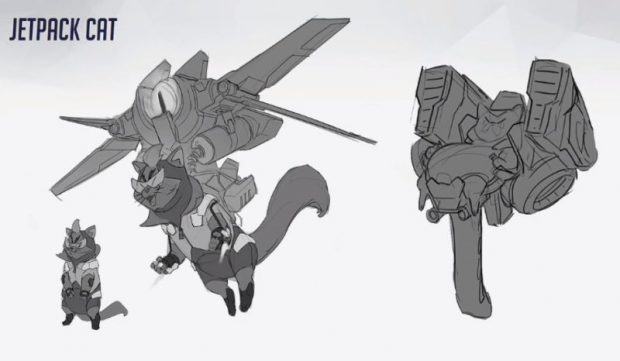 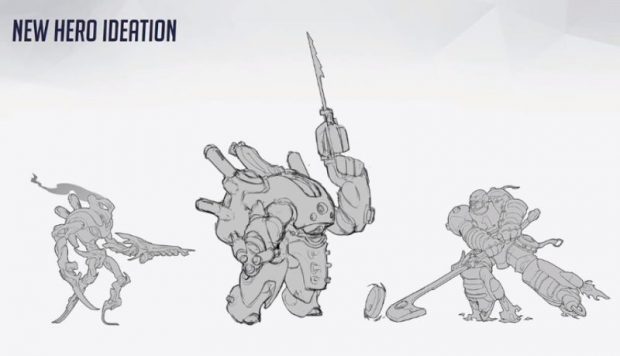 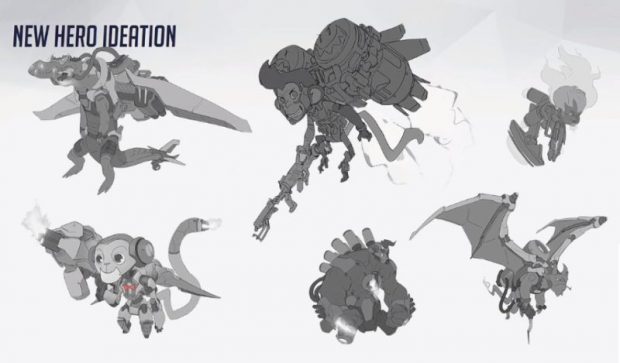 Which is your favourite, Overwatch chums?