The next Overwatch hero will be a giant metal ball. No abilities, no voice lines, just a big 'ol metal sphere. Which squashes people, presumably.

It's a brave direction to go down, and one that I'm 100% confident I've predicted correctly based on a six-second teaser Blizzard released last night. The fan theories about him being a spacemonkey called Hammond are probably nonsense.

Don't just keep you eye on the ball. See those posters in the background? That chimp could well be Hammond or 'Specimen 8', one of Horizon Lunar Colony's hyper-intelligent primates. That's a research facility on the moon, responsible for the genetic-therapy that turned Winston into the super-smart guerrilla we all know and love.

He wasn't the only test-subject, as detailed in this faux news report from last month. It revolves around the discovery of some researchers' emails, with one that seems particularly pertinent: 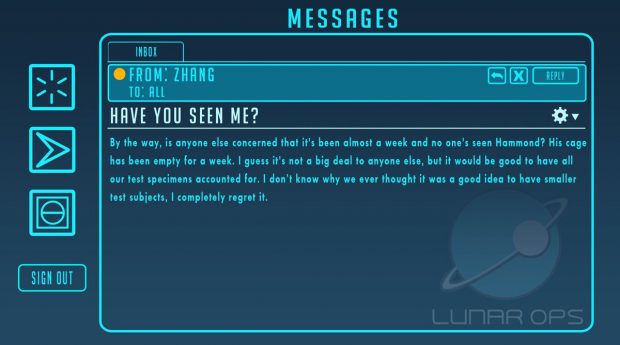 This speculation train is only just getting started, baby, because it turns out the most recent update to the Horizon map lets you visit Hammond's old room.

Click to embiggen that top right image, and what do you see? A suspiciously spherical escape pod that Hammond used to pinch a ride with Winston on his trip to Earth. This game of 'spot the big metal balls in Overwatch' doesn't stop there though. Here's a poster seen on the streets of Junkertown, as snapped for the Overwatch Wiki: 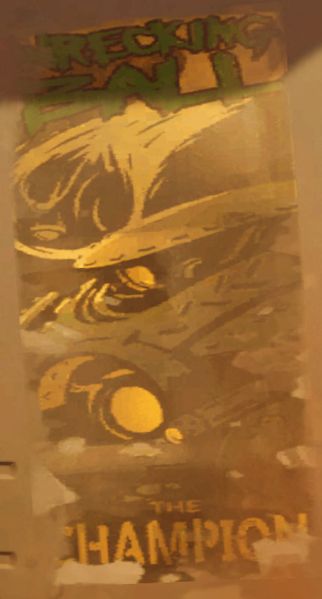 It's an advert for a mech-fighting ring, and I'll eat my hat if Kid_Karma's prediction on Reddit doesn't turn out to be true: "Hammond modified his escape pod into a mech, used it to fight in Junkertown's arena and become known as "Wrecking Ball"."

Then again, this could just be one big jape in the name of rehashing Lúcioball.

Or maybe it's Bigweld.

Thanks for the header image, Dino drones.