Operation Grim Sky is now upon us, bringing new stuff and major changes to Tom Clancy's Rainbow Six Siege. It marks the third season of new operators and map changes this year, in addition to the two years' worth of DLC prior. It also comes with some rather hefty changes that are coming to the game. This guide will tell you all about the new operators, the reworked map, and the balance changes that are coming to Rainbow Six Siege.

For those that are looking to get up to speed with how to play Rainbow Six Siege, they can head over to our Rainbow Six Siege guide hub, which contains some basic tips and tricks, as well as links to the myriad of other operators that are featured in the game to date. 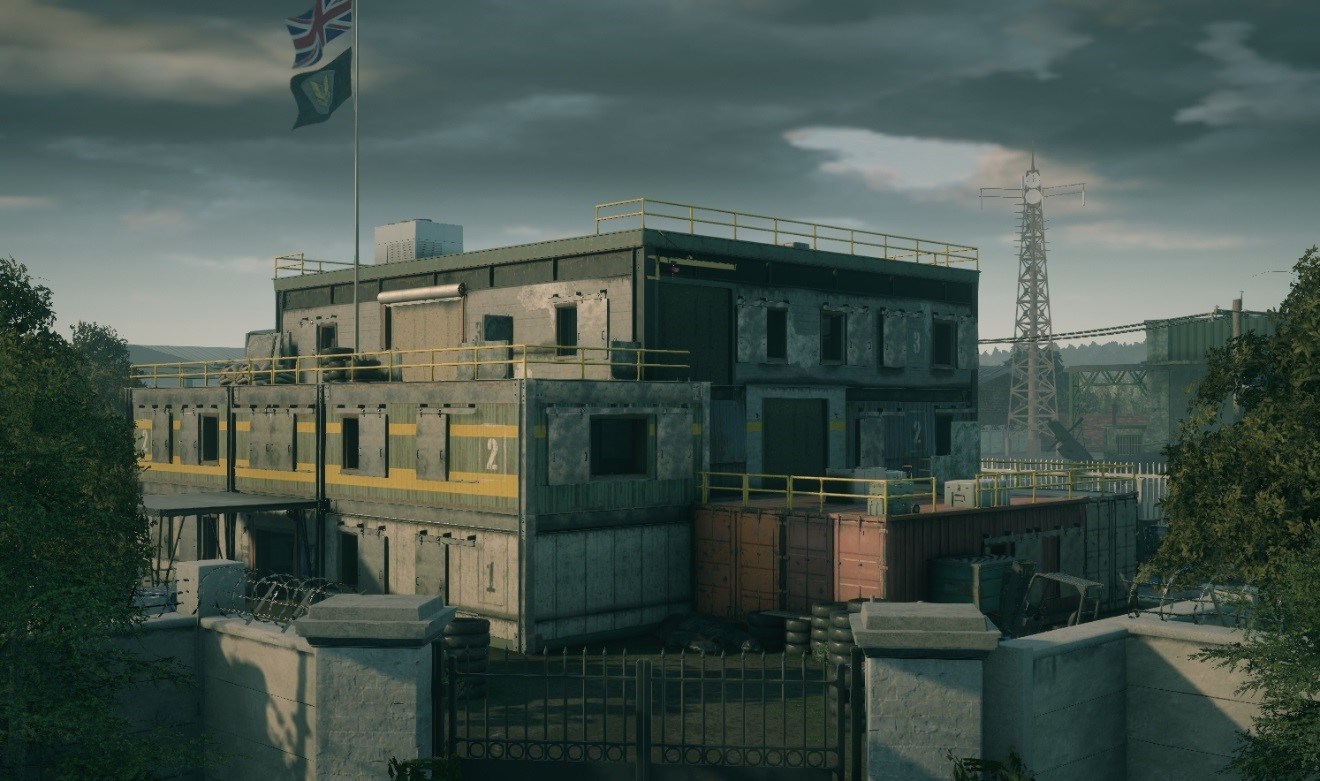 The new Hereford base map in Rainbow Six Siege

Let's start with the big change. Hereford base is getting a major overhaul, with the aim to be a larger map with more vertical attacking options. The team at Ubisoft wanted to keep the majority of the types of rooms familiar, but feature a completely a different layout for them. The basement area sees the biggest changes in that it will be a completely redesigned from the ground up, so will be the biggest learning curve for those well versed in how the old version was.

This also means that there will be more stairwells so that there isn't just one point of entry to any given floor, as well as new tunnel access to the basement that gives attacking players a new way to breach the facility. Bomb sites will also be more numerous, eight in total, with at least one in each floor. You can get a more detailed description in our Rainbow Six Siege Hereford map guide.

Maverick is a one armour, three speed attacking operator that comes equipped with a blowtorch. This can tear through fortified defences like paper, allowing him to set up murder holes to pick off other operators. Essentially, he uses the enemies' defences against them, but it can also melt deployable shields and certain defensive gadgets. The time it takes for it to eat through walls is a little slow however, leaving him vulnerable to enemy ambushes. It also has very limited ammunition.

He also has an AR-15.50 and the M4 Assault Rifle as options for primary weapons, as well as the 1911 TACOPS handgun. He also has stun grenades, which can always be rolled through holes he makes to blind enemies, while the claymore is a really good gadget to pair up with the blowtorch. Holes you've carved out can have claymores placed nearby for an explosive trap that enemies won't see coming. For more on how to use him effectively, head to our Rainbow Six Siege Maverick guide.

Clash is a three armour, one speed defending operator that's the first to come equipped with any shield of any kind. Her main purpose is to control where enemies are going and to protect the point with her bulletproof shield. It can also emit an electrical pulse at the cost of some of her rechargeable battery power to stun enemies, slowing them down to prevent being flanked. The downside she has is that electrical jamming gadgets like an EMP will disable the shock capabilities, while melee attacks or concussion grenades can knock it away for a short time, leaving her vulnerable. Since she can't melee back, unlike other shield operators, this means that she needs to keep a small distance from foes.

Her sidearms include the P10C and SPMG, which can allow her to get some shots off in a pinch. It also puts her shield on her back to protect it from some enemy fire. Gadgets will include impact grenades and barbed wire, which can further restrict enemy movement. If you like the sound of using a shield as a defending operator, head to our Rainbow Six Siege Clash guide for more on the riot police officer.

At the time of writing, the test servers are currently live in Rainbow Six Siege which include some new balance changes. In terms of the maps, Consulate will be receiving a few small changes, the biggest of which is a new bomb site. Once the live servers are active, we will be updating the relevant operators who have had changes to their load outs, as well as the properties of some of their gadgets and weapons. As the test server is, well, for testing purposes, the changes are not finalised. You can head over to the official Rainbow Six Siege developer blog for a detailed run-down of the whole list of changes, but we'll go over the ones that may be coming to existing operators below.

Those are the changes that are coming to Rainbow Six Siege, but it's worth looking at some of our other guides as they'll still be relevant when the new season comes out. Check out our Rainbow Six: Siege operators guide for the complete list of operators available in the main game (not test servers) at this time, as well as the previous map in our Rainbow Six Siege Villa map guide.