Like most battle royale games these days, the best loot in Realm Royale tends to be in locations that have larger clusters of buildings. With five different climates crammed into one tiny island, it's a bit difficult to know exactly where the best places are to drop for loot.

But knowing where to go is only half of what you need to know and so there is a more general Realm Royale guide available for you, which also includes links to our other more in-depth guides.

Since the map is quite small, the best places to land are the areas that have names on them, but are maybe not as popular. As loot is relatively randomised from the chests, with only the types of chest appearing in the same places each time, it only really matters to land somewhere where there is an abundance of buildings to go and raid for stuff. There are some things about each location to go over, such as where to drop and the best places to loot, so let's take you through each location by region. 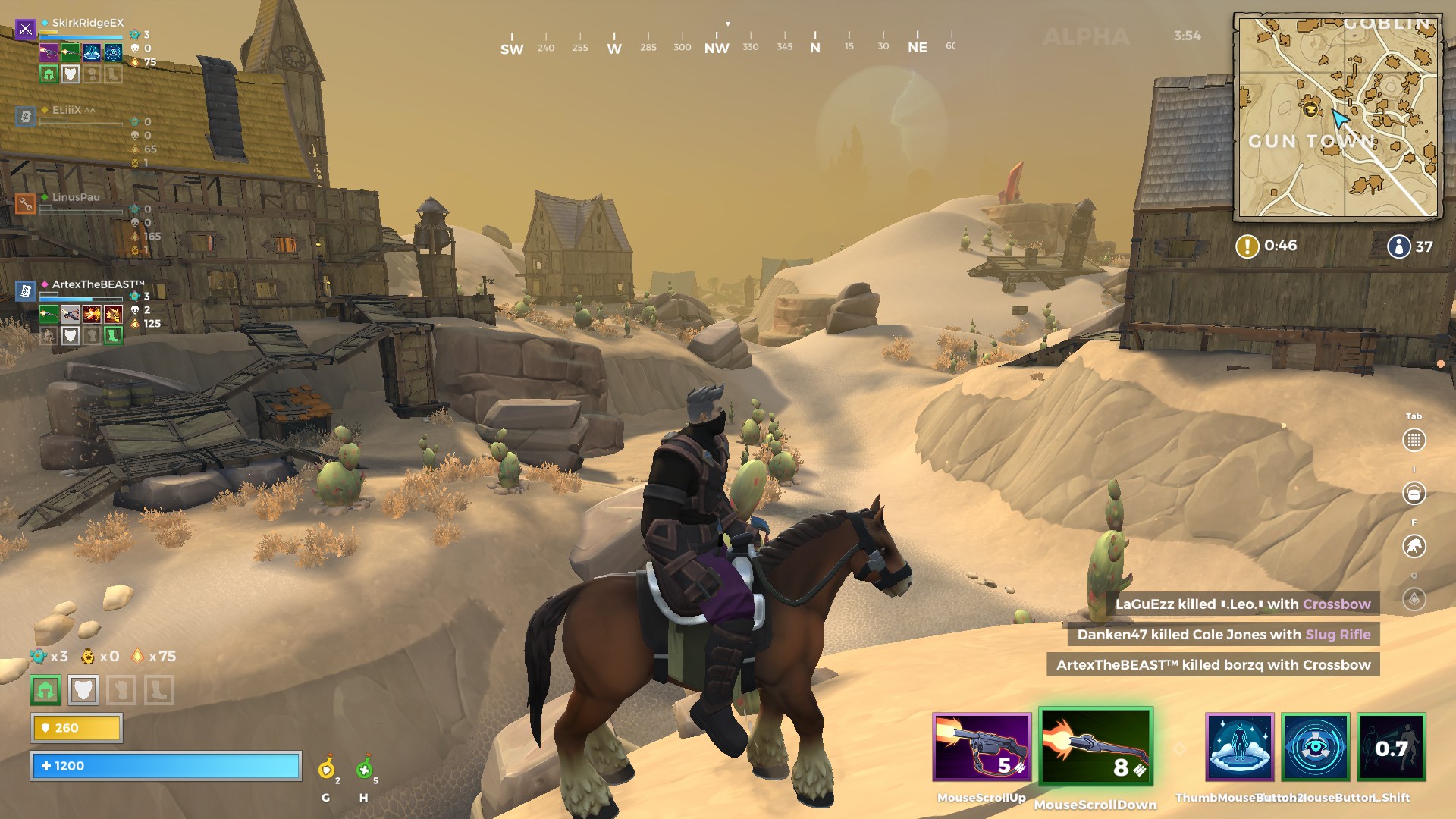 This wild west inspired location in the Badlands region of the map has lots of buildings that house all kinds of guns, skills, and armour. Some buildings have more than the standard two stories, including the forge that looms over the rest of the town. Given the density of the buildings, this is a surprisingly unpopular place for people to drop into, which makes this a treasure trove in the early game. If the end-game circles appear around this area, the high ground is generally better to survey the town. 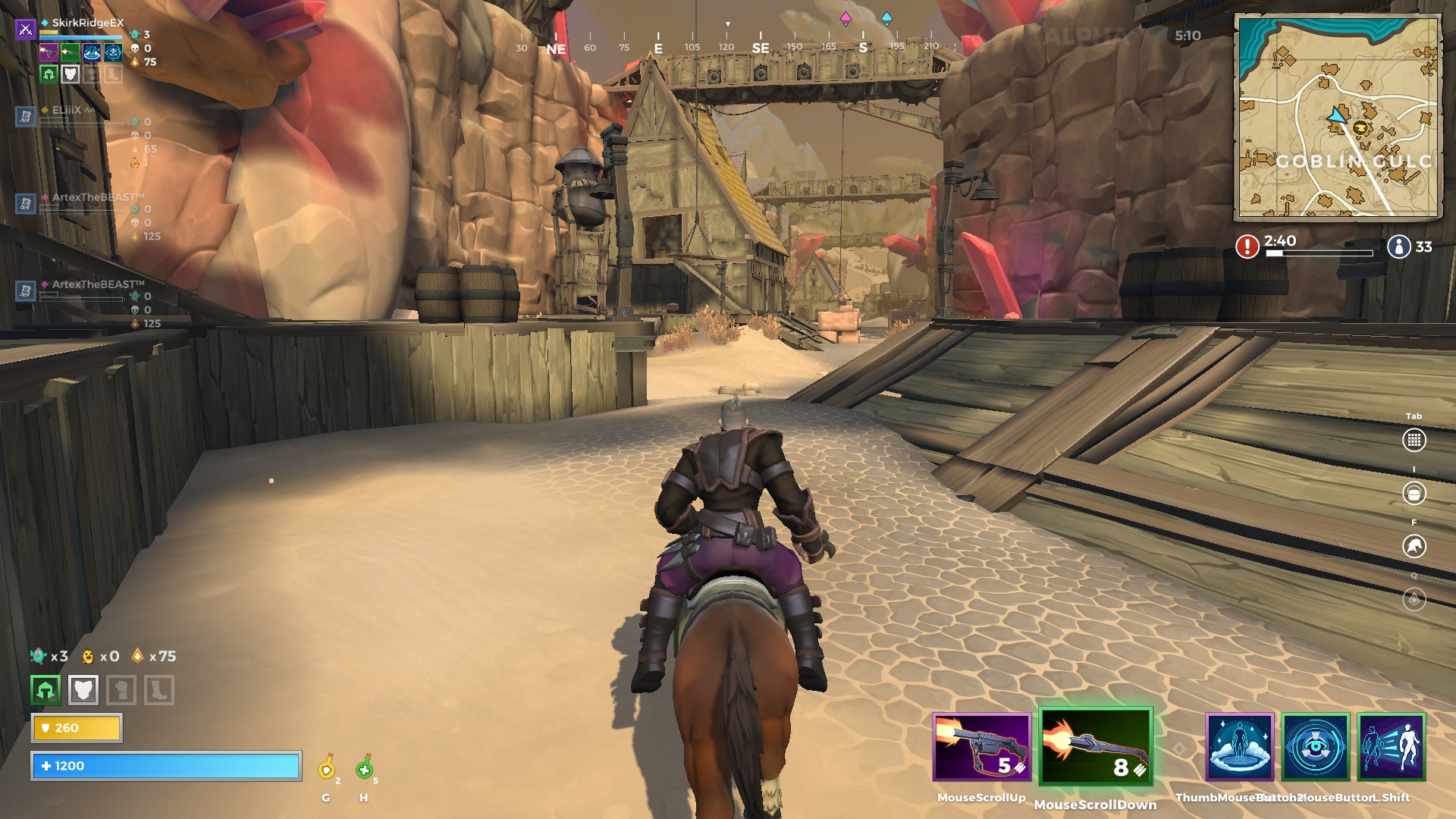 This area is filled to the brim with high bridges, various buildings between the mountains, and a tight set of nooks and crannies. The amount of loot here is not as much as Gun Town, but the area is usually deserted in the beginning as it's also in the Badlands - perhaps the least dropped into area, as well as not having as much loot overall. Should the game circle end up nearby, or you wish to ambush a passing group of enemies, the amount of elevated terrain makes this the perfect place to do so. 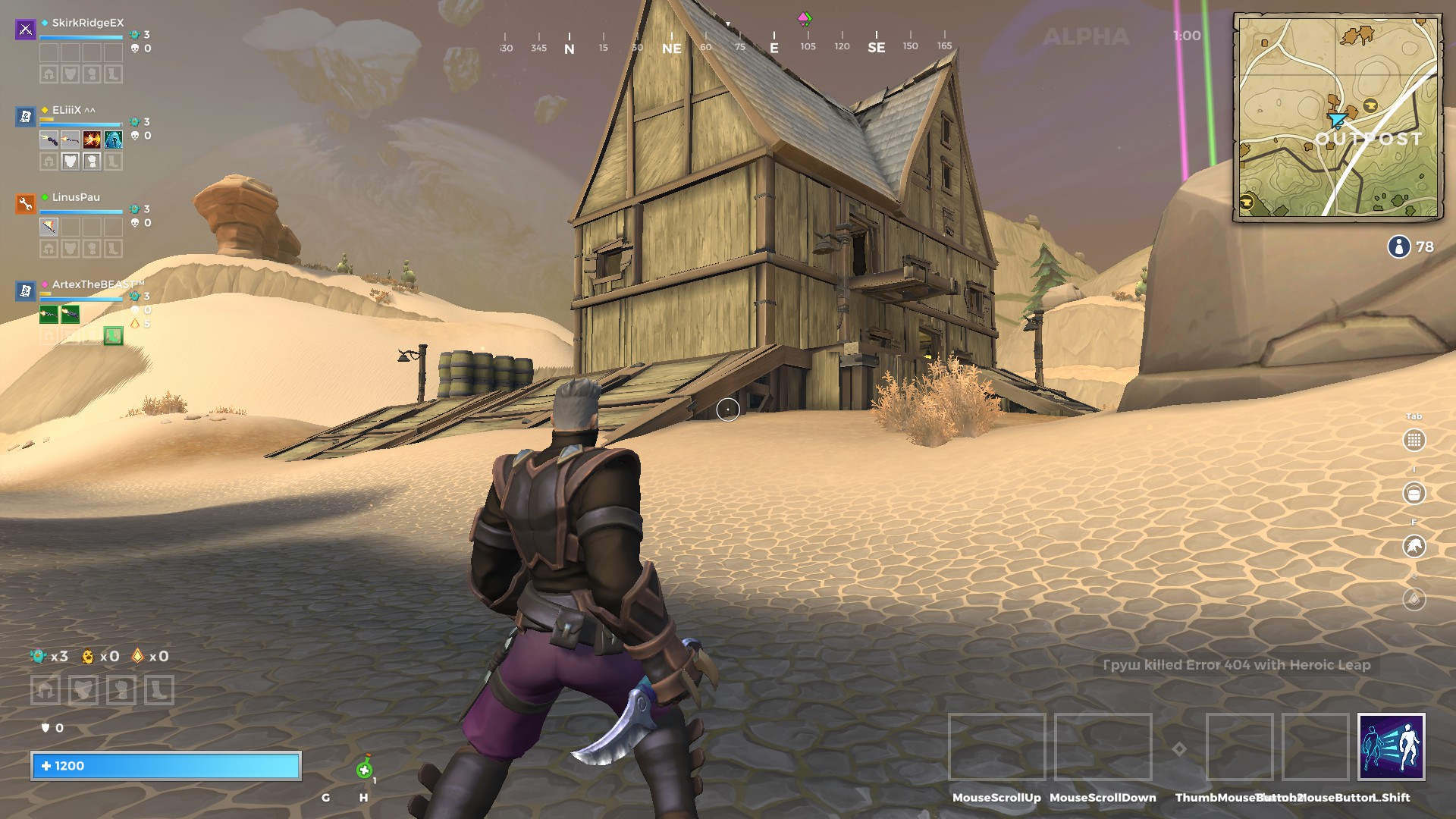 If you're going to drop in the Badlands, the Outpost isn't really recommended as a drop point. The main reason is that there's so few buildings around that it's generally better to head over to either Gun Town or Goblin Gulch. It is however on the way to other key locations in the map and as it has a forge, is worth stopping over to make a few legendary items. It doesn't have a lot of advantages when it comes to terrain, since it's got a fair few hills around it, so the best thing would be to make any visit here a quick one. 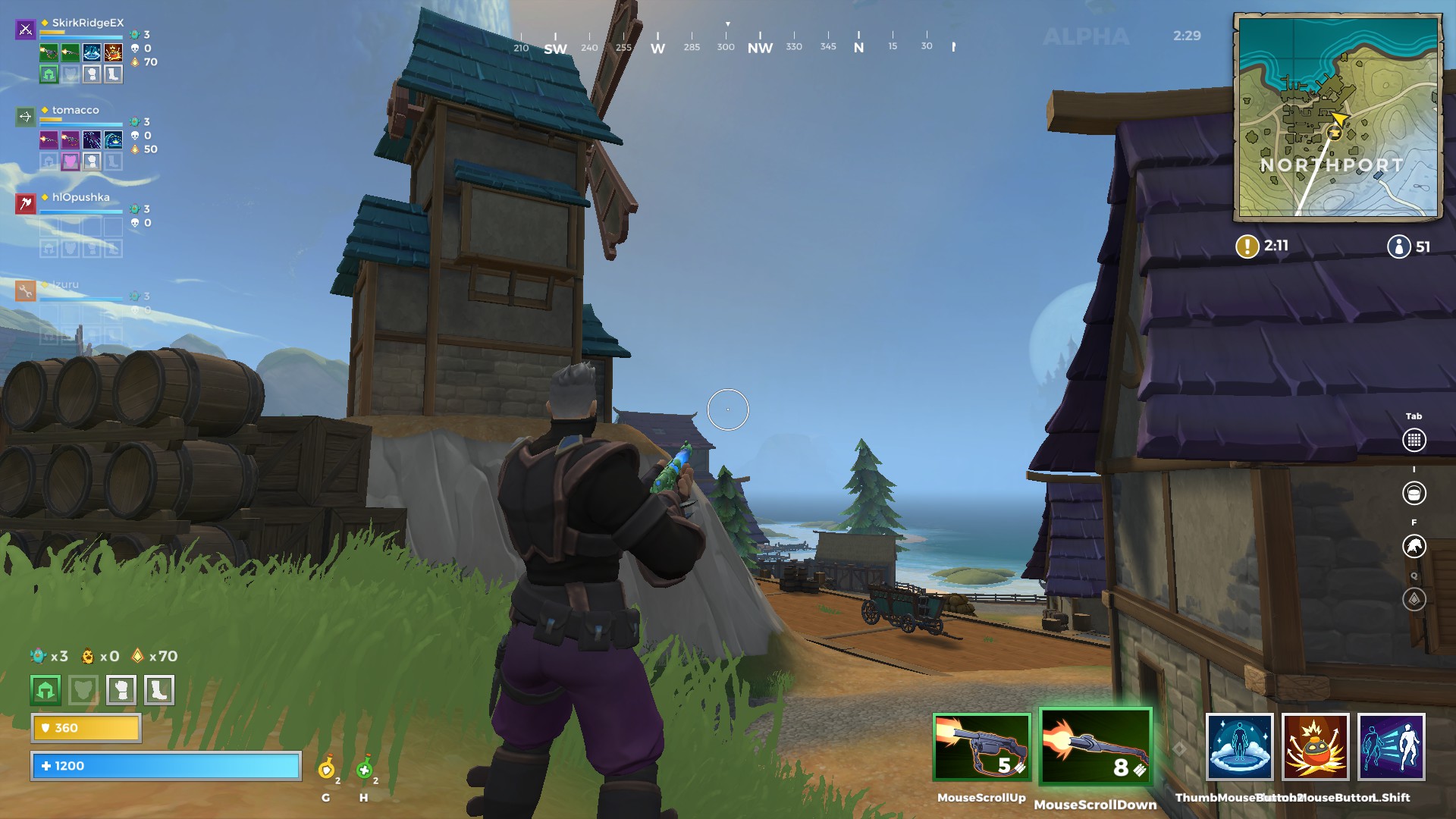 Another surprisingly quiet location from my previous experience, Northport has a huge amount of loot to be had. It's unpopularity stems from the fact that it's to the far north of the map, meaning that it takes some time to run down to relative safety, but the amount of buildings to hide in makes up for it in the small chance the circle ends up near there. It's also a location that's relatively good for surviving being a chicken as the densely scattered buildings provide a lot of opportunities to duck and weave to safety. 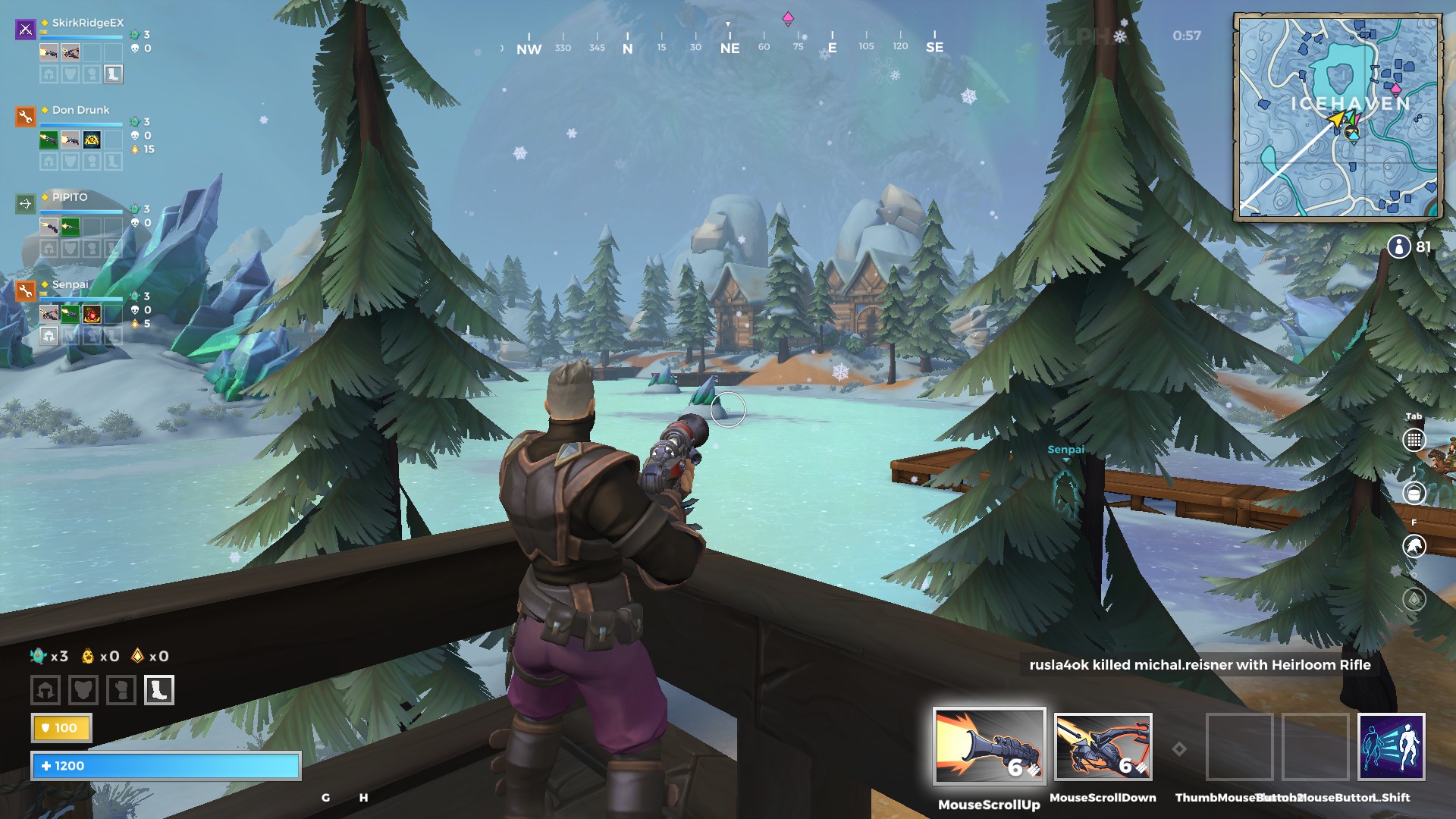 If you drop in Icehaven, be prepared to fight. This is by far the most popular place to drop and for a very good reason: the amount of buildings surrounding the lake contain a great deal of loot. It's also relatively easy for snipers to spot enemies for their team, thanks in no small part to the frozen lake itself. The forge is towards the southern end of the lake, which is where a lot of the fighting tends to happen, so proceed with caution. Should you survive however, this place has a massive amount for such a small part of the map. 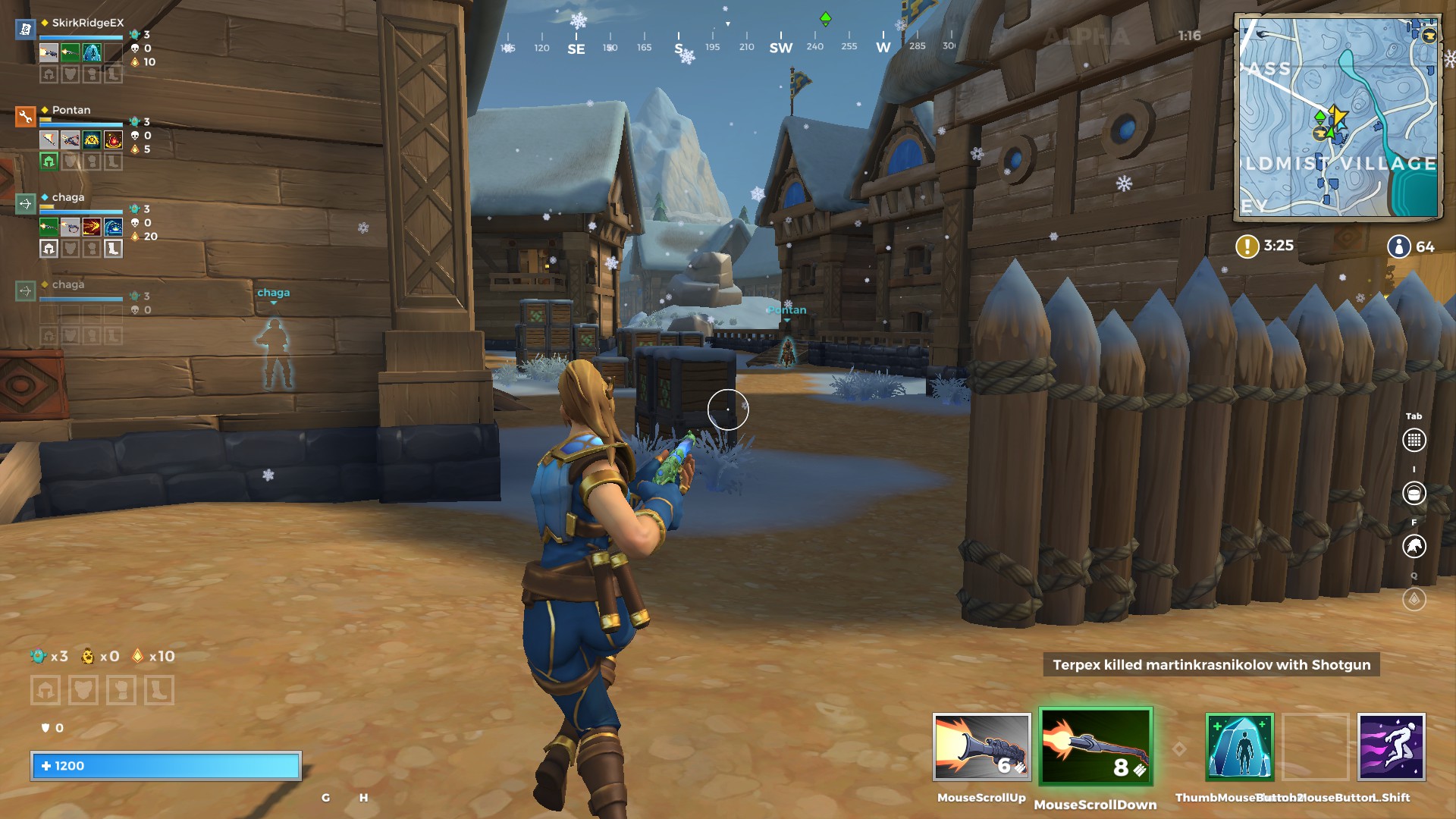 Coldmist village can occasionally have some decent items, but the small amount of buildings make it not the ideal place to initially drop into. Like the Outpost in the Badlands, this place is the region of Everfrost's place to run through on the way to somewhere more interesting to settle down for the later game. It does have a few more buildings however, so you'll likely be here a fair bit longer. If the circle ends up centred around this location, there are a few hills nearby to take as a vantage point, as well as the houses themselves for close-quarter combat. 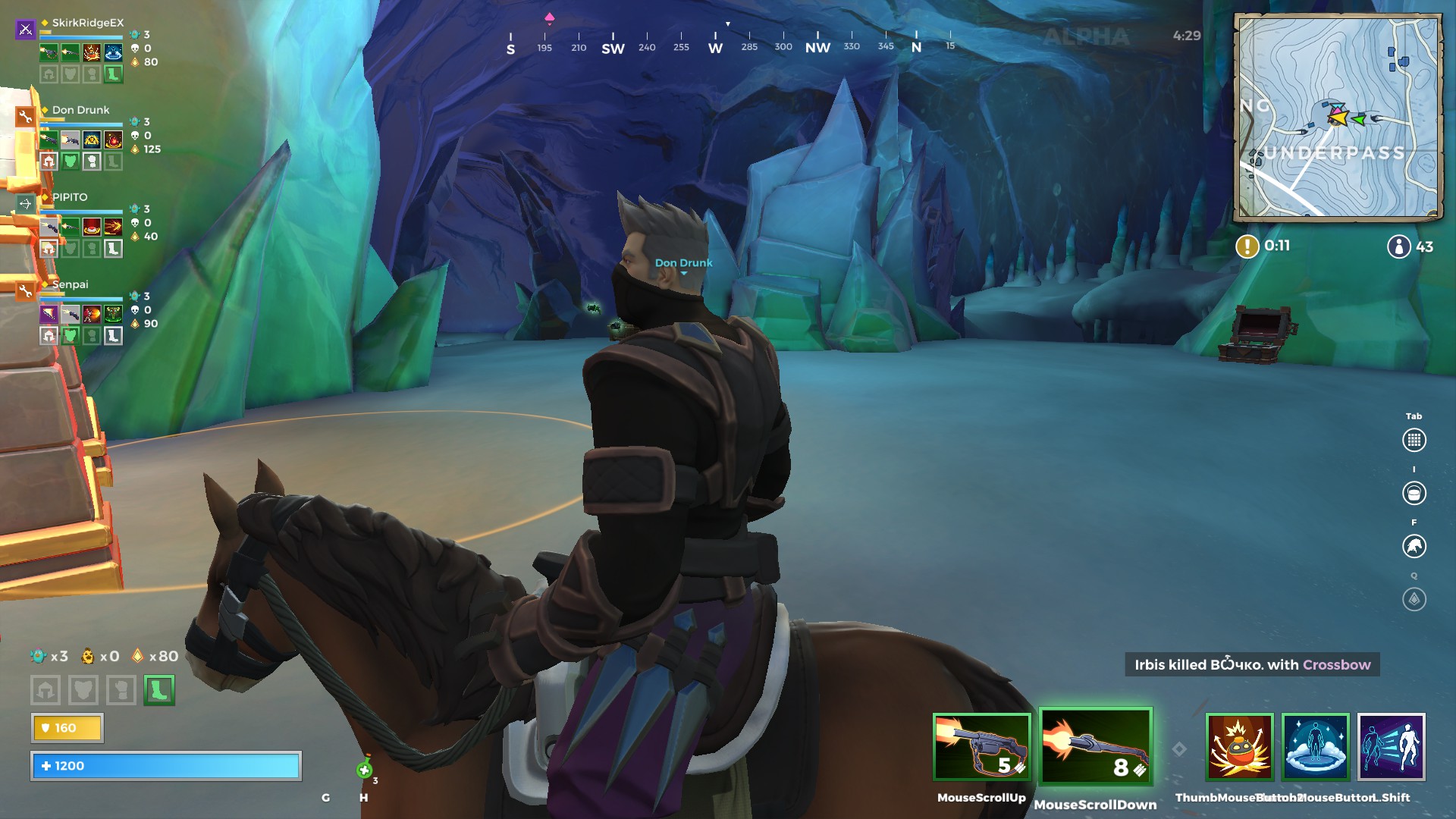 The bridge between the Everfrost and Greenscape regions, this cave has a small collection of loot available and is generally a decent place to escape the mayhem above the surface. The forge inside the Underpass is also very easy to defend since there's only two points of entry on either side of the cave. Just be sure to loot both entrances fully before crafting. There's also a small community of houses on the western side that houses some good stuff for the early game. 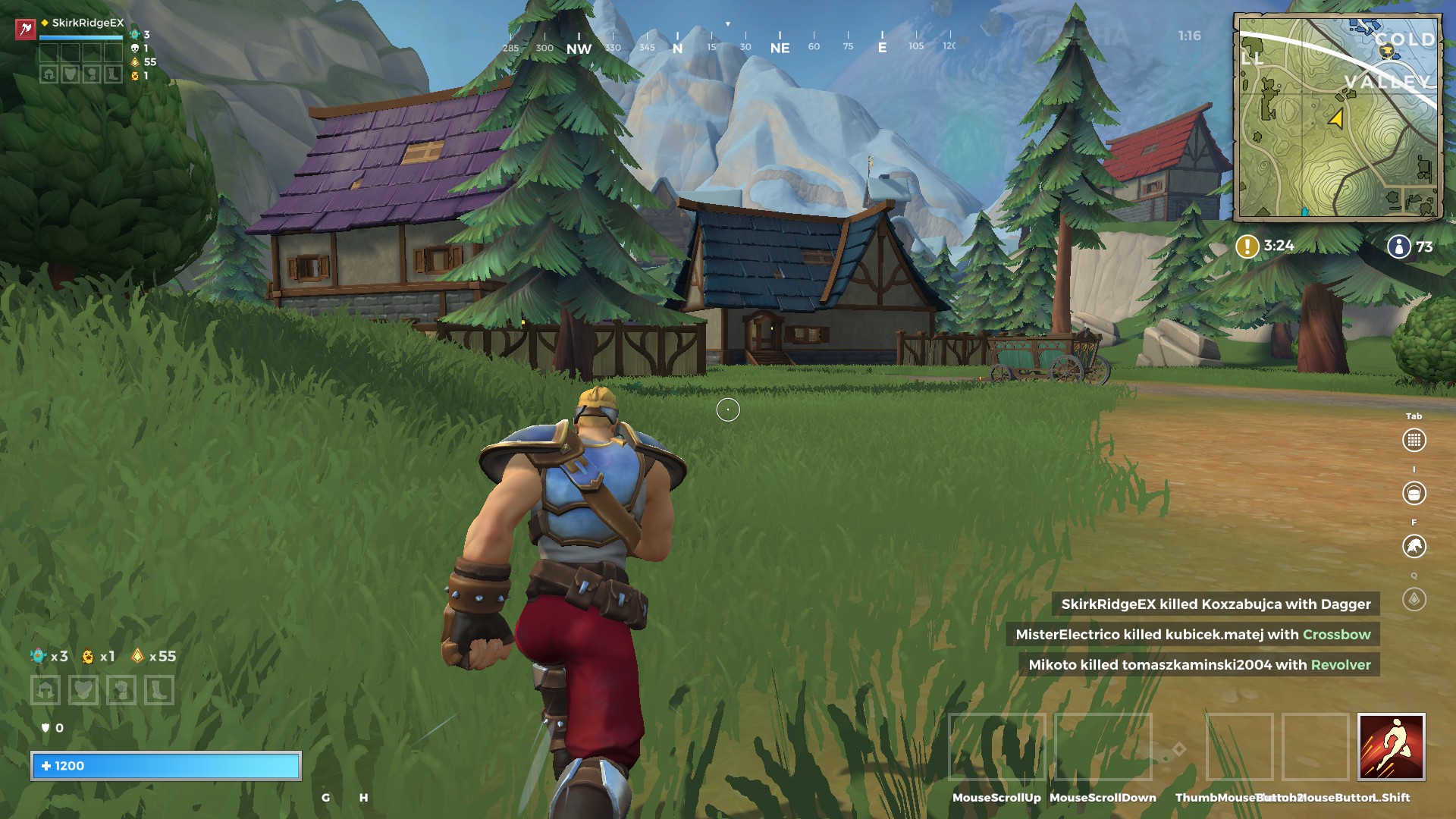 This border town between Everfrost and Sanctuary is not too dissimilar to Coldmist Village, in that it's one of those places that's good to pass through on the way, but not the best place to drop at the beginning of the game. More often than not though, this location has been where the circle ends up focusing on towards the end of the game. Higher ground, such as the house with the red roof on the hill can be a great vantage point, as well as the hills that surround the town below - provided you can find cover. 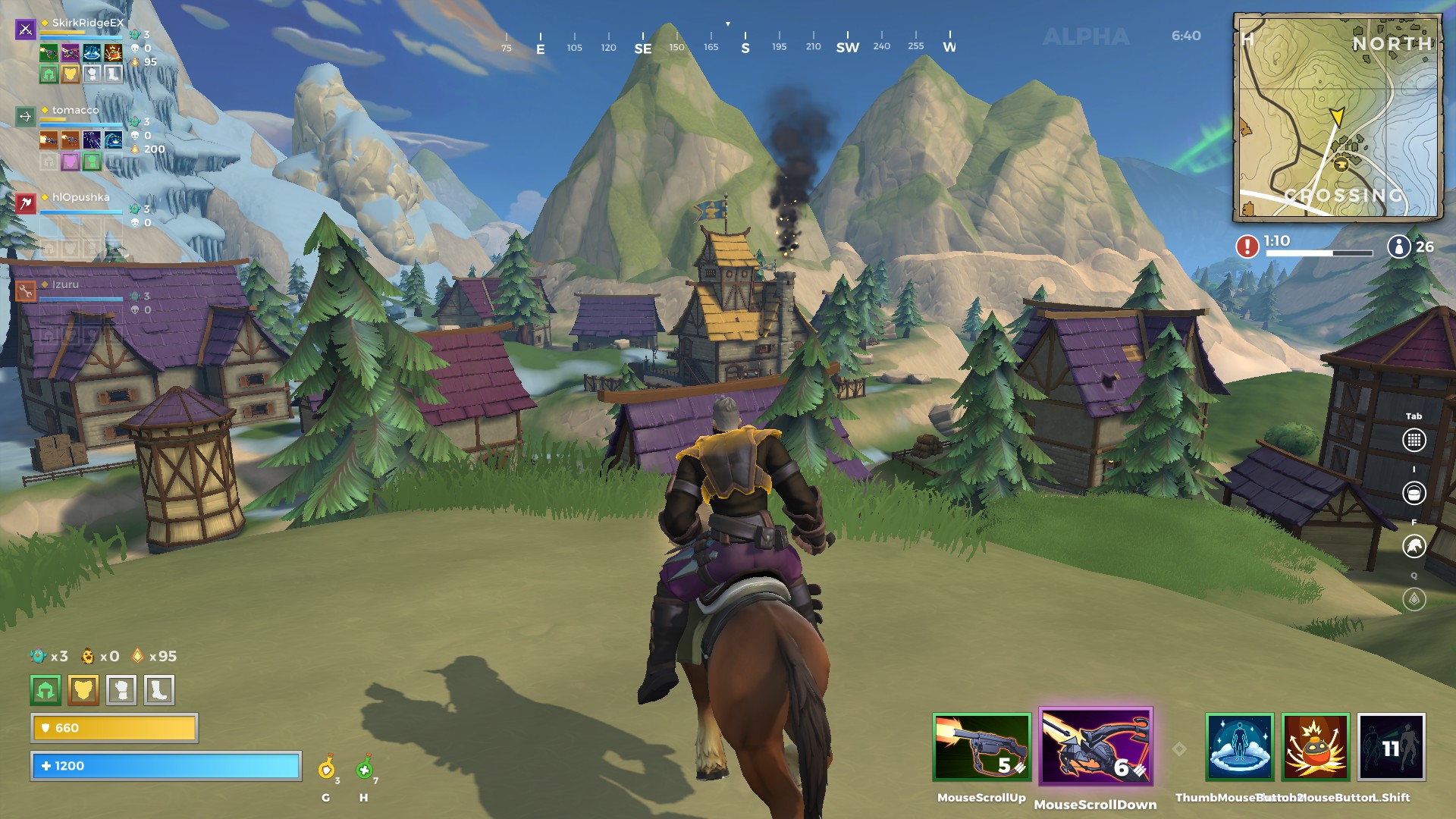 Another location relatively nearby to the Underpass, this tends to be a far more popular stopping off point for those wanting to craft items. It's similar in structure to the likes of the Valley, in that there are a lot of nearby hills, but there's a lot more to loot here. If you need to be somewhere relatively central when dropping down, this isn't necessarily a bad shout. Snipers will love how open the crossing can be, so be aware of preying eyes lurking in the hills. 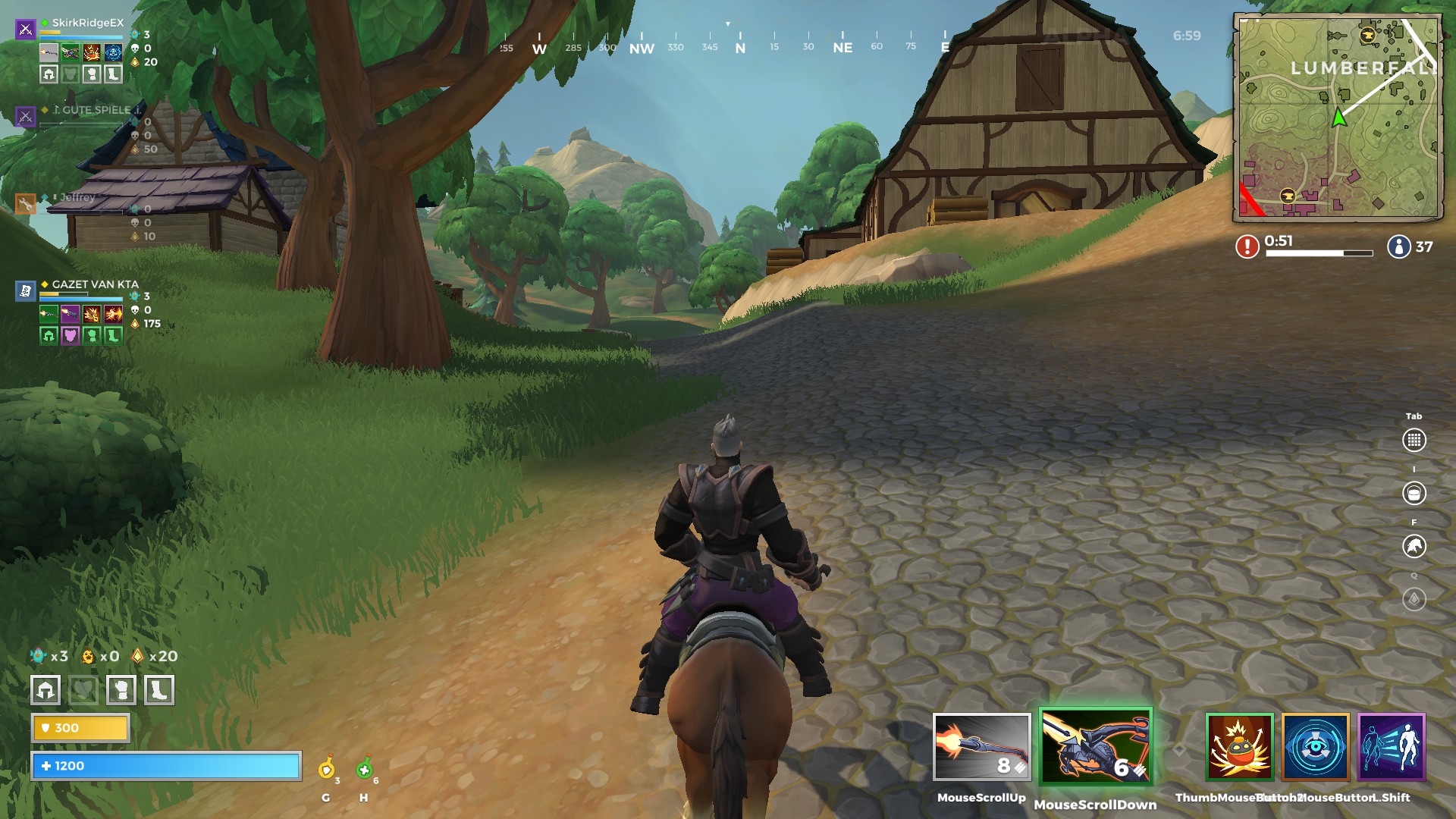 A very central location in the Greenscape region with lots of loot on offer, with mills and houses a plenty. Lumberfall is therefore very popular, though given just how big it is you'll likely still be able to grab a few things before the inevitable fight. Being as central as it is, it's a fantastic place to drop and not worry to much about the fog for the first part of the game. Using movement abilities like the Mage's soar or Engineer's thrust to get to up the huge towers in this location is key to getting loot ahead of any competitors. 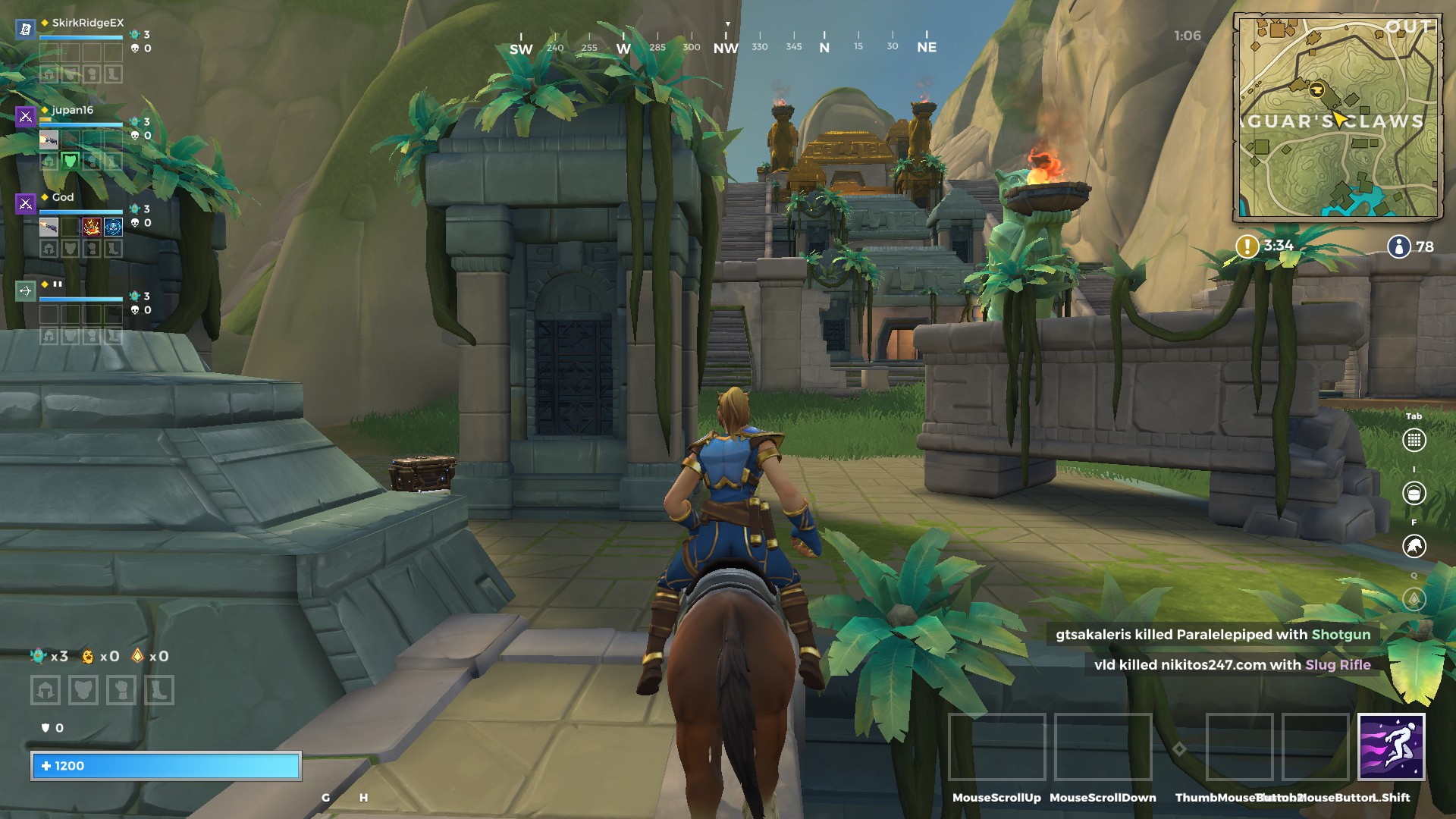 This mayan inspired location is rather unorthodox in its design, but that can be used to your advantage. Since the buildings don't share similar layouts all that often here, it's possible to lead enemies into a trap, particularly when it comes to fortifying the forge that's atop the temple area. It's a fair bit out of the way though, so while it's a good place to loot, you may find yourself having to move on relatively quickly to escape the fog. 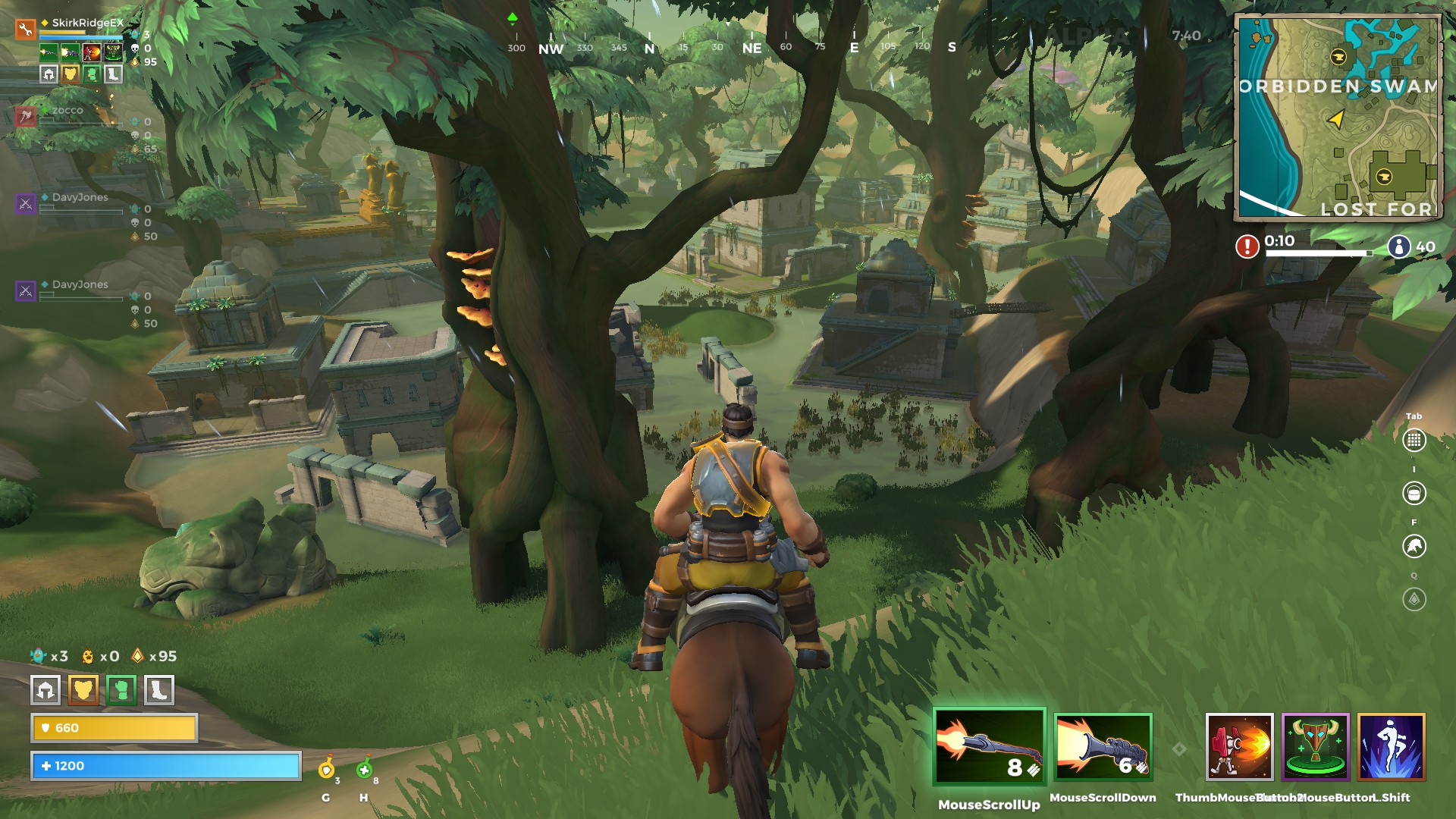 If ever a location has a more appropriate name, the Forgotten Swamp is a place that can turn up some rather decent loot at times. The main problem here is that it is surrounded by higher ground and that makes it a prime target for snipers with itchy trigger fingers. If you're wondering if the swamp underneath would impede movement, there is no such penalties for wading around looking for any potential loot, so for the early game it is worth considering. 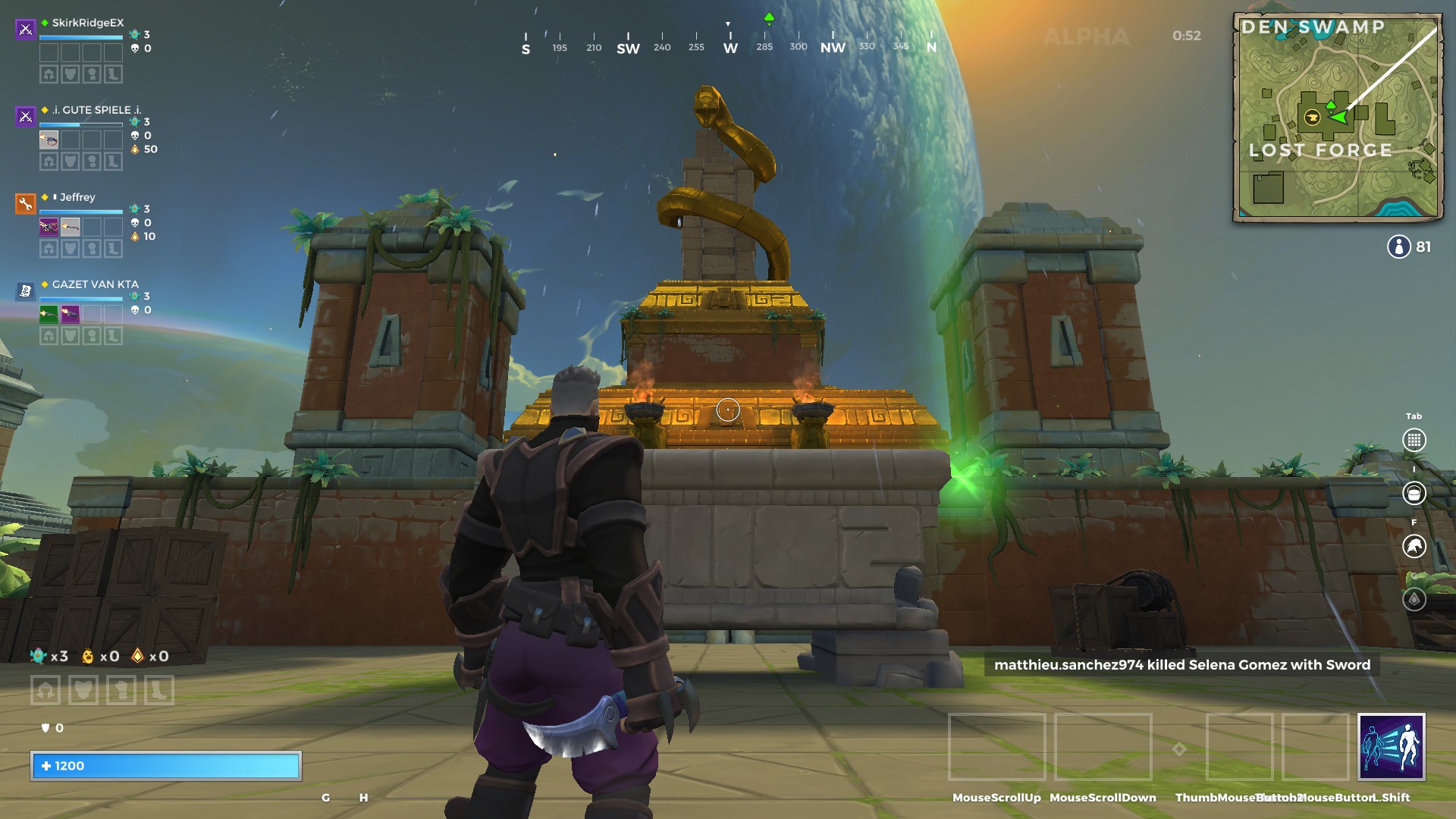 Its buildings are a little more uniform than Jaguar Claw's, but the temples have multiple layers worth of loot. This means that in order to extract everything you'll need to spend a fair bit of time wandering the various corridors for chests. Since it's mostly up on top of a hill, the only long-range threats tend to come from the forge itself which stands at the peak of the complex. For skulking the ruins, the shotgun is particularly useful here, especially for creating ambushes. 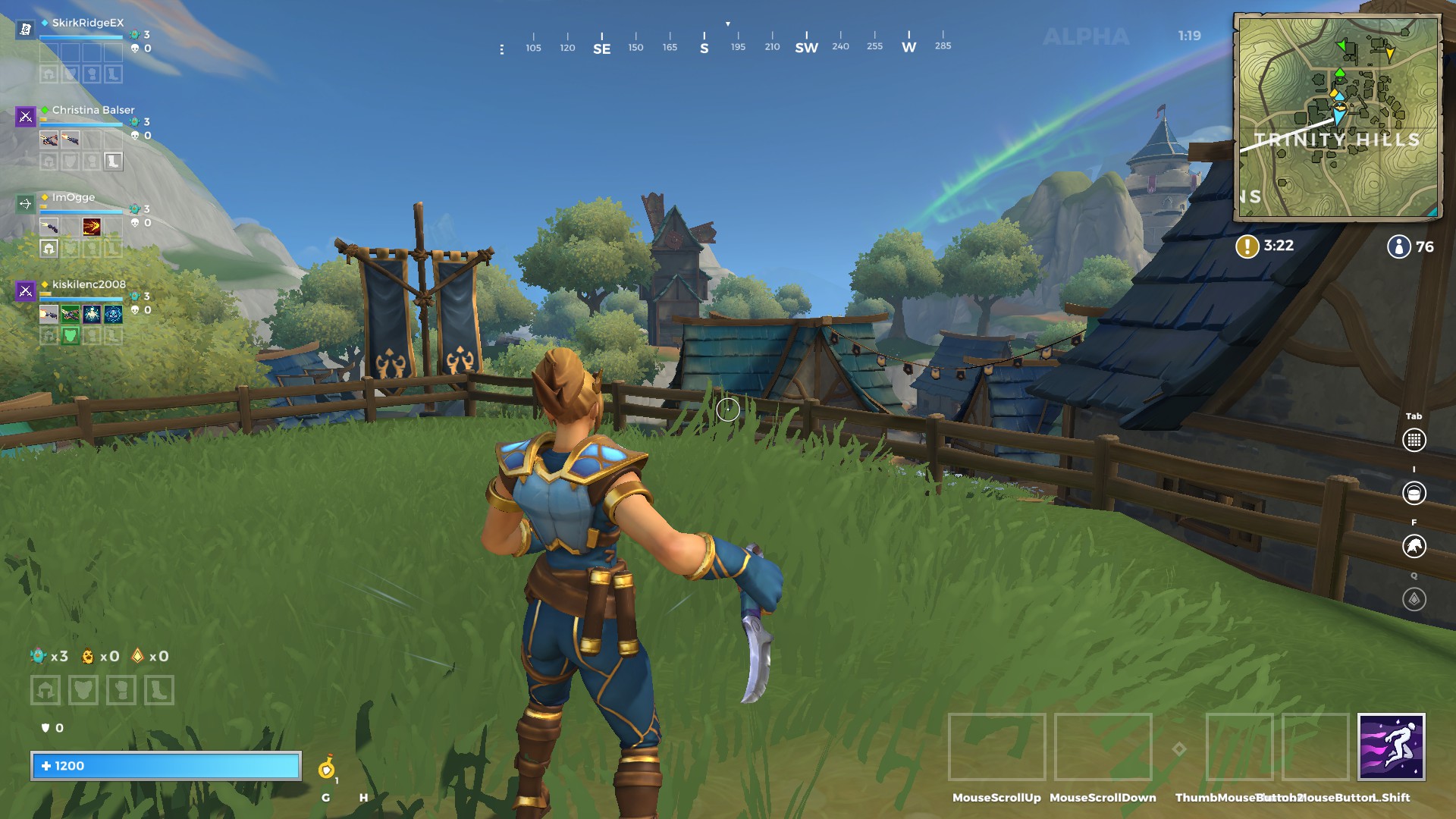 What a lovely place this is, full of quaint buildings that house probably the most amount of loot in one location. As such, it's very, very popular. If you're going to drop here, be sure to drop next to a house door and swipe that first gun quickly. Chances are someone else is right behind you either flailing their dagger or with a different gun from the same building. The forge is also in a rather central location in this homestead, so securing it to craft items could be tricky. 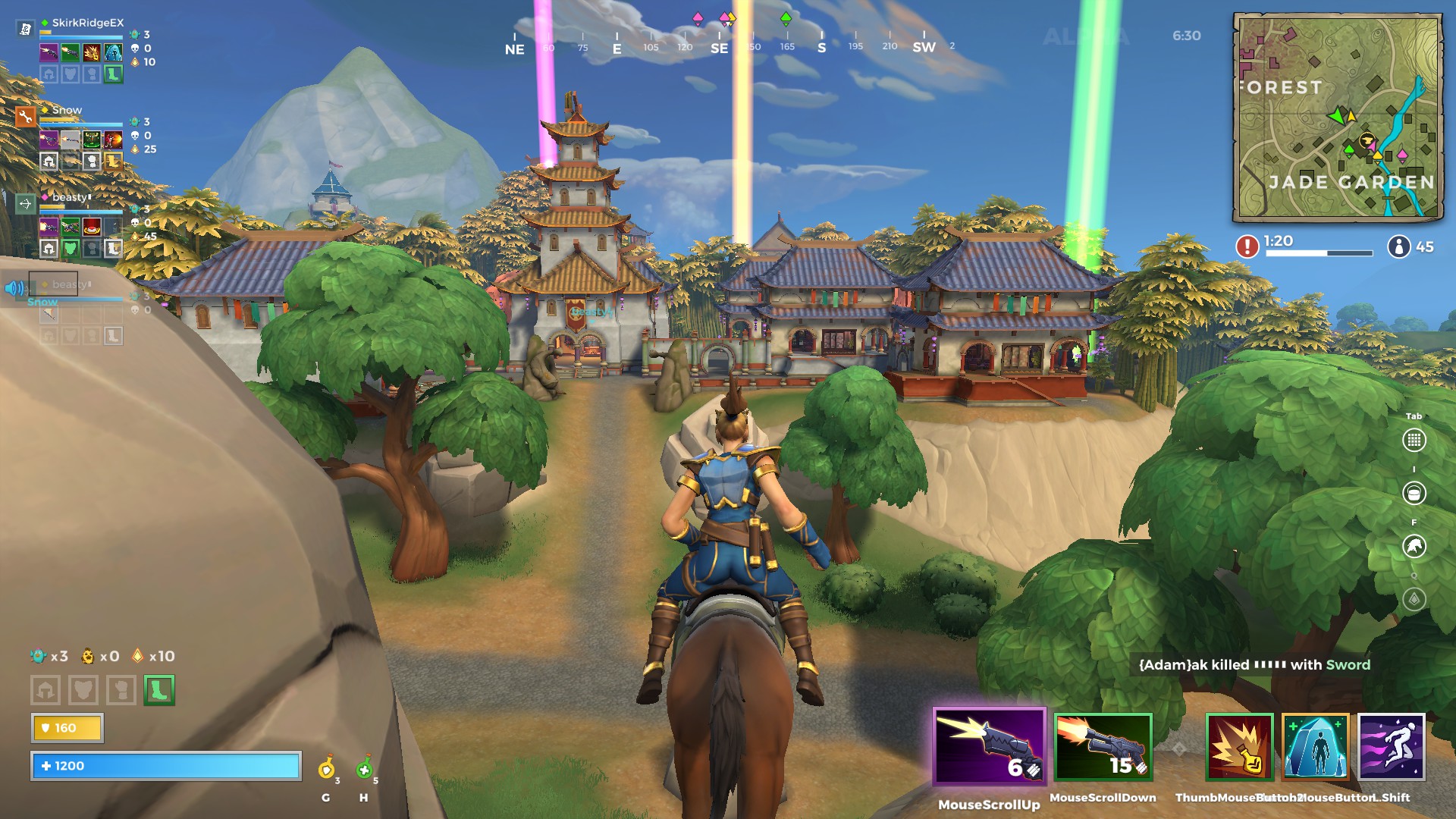 Fast becoming one of the go-to locations in Realm Royale, the Jade Garden is a great place to loot in the beginning and if the circle settles around the area provides a unique opportunity for those dastardly characters that like to go long range. Since some abilities leap relatively high, it's possible to ascend to the top of the sage coloured trees and snipe from there. Your enemies won't know what hit them, particularly if you're good with the Engineer's plasma cannon, which you can find out more in our Realm Royale class guide. 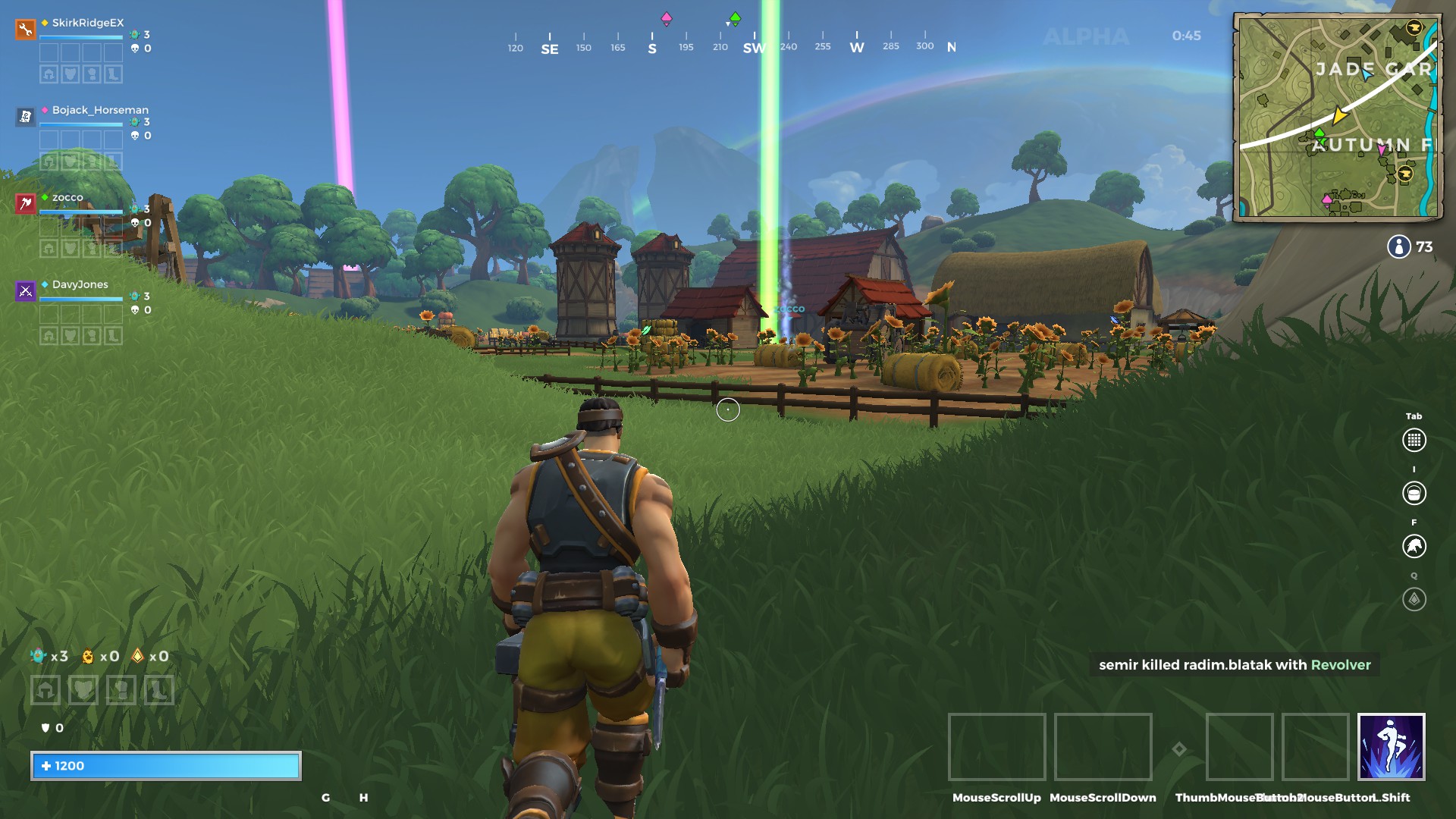 A small set of farms, this is essentially the same deal as the Valley or Outpost. That said, the fields themselves do provide a tiny bit of visual cover that nowhere else provides. Just don't expect the sunflowers to stop bullets from hitting you if you are seen. The barns and farmhouses do host a little bit of loot and the forge itself is easy to access, but this is not as profitable a place to loot as any of the surrounding locations. 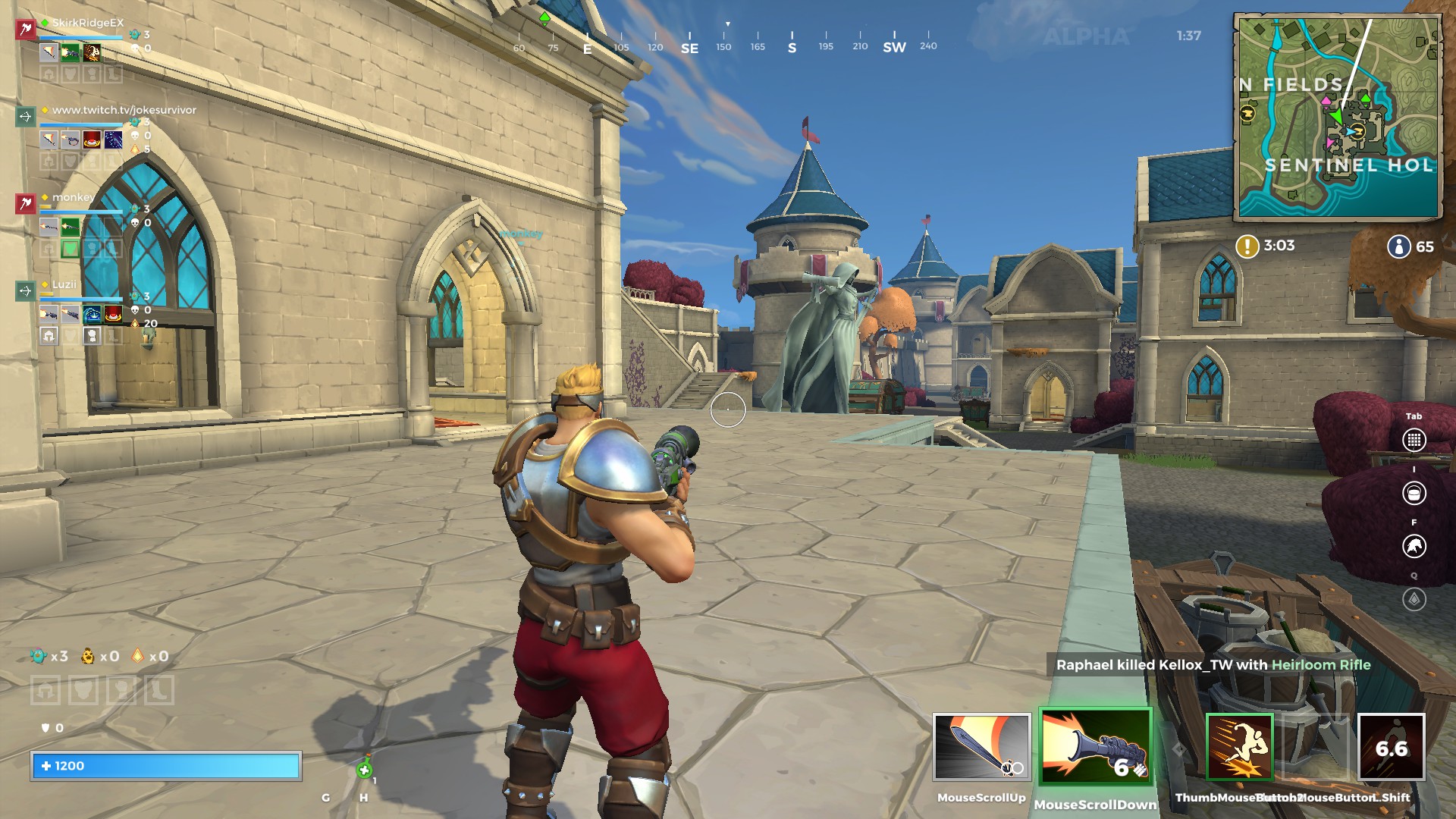 This huge fortress is another relatively overlooked place to craft and grab loot, mostly due to its south-eastern location. It's entirely possible for threats to come out of nowhere however thanks in no small part to the rather labyrinthine layout within the castle that not even the map can decipher all that well. Sentinel Hold is otherwise a great location to head to in the beginning and can lead to some big shootouts depending on the zeppelin's flight path.

Now you know exactly what locations are available to drop into and which places hold some late-game advantages. However there are some skills that each class can use to take full advantage of each locale, so visit our Realm Royale class guide for more on that. If you're looking for more information on which weapons take the least amount of shots to get your opponent clucking, head on over to our Realm Royale weapon guide.