A hugely impressive reimagining of a classic videogame has been released, so there's only one thing for it - mod it until it's just like the original. Boo, 2019, boo!

Take, for example, videos which replace the free-moving over-the-shoulder camera of the brilliant Resident Evil 2 remake with the fixed camera angles of the 1998 original. While I'm very happy with how the remake does it, this return to fixed cam does lend it a powerful horror movie je ne sais quoi - I should very much like to play that Resi 2 hybrid.

But will that ever be possible? I asked the chap behind the videos about how he'd done it, if and when it'd be released, and why embark on this reverse-remaking in the first place?

First, let's take a look at Jackson Lee's most recent Resi 2 fixed camera angle videos. They are extremely evocative of pre-Resi 4 Resis, that almost CCTV view of the characters ramping up the sense of paranoia and the slasher flick vibe, where the Resi 4 & 2 remake-style over-the-shoulder cam is more about claustrophobic hide and seek.

So, yeah, gimme. Except, as Jackson Lee sadly informs me, "Unfortunately, for this to become an actual, realised, playable mod, much would have to be done to the game's mechanics way beyond my expertise."

A long-time screenshot hobbyist, Lee achieved these videos by using a Resi 2 free camera tool created by another screenshotter, jim2point0 - a set of Cheat Engine tables created with the express purpose of taking better Resi 2 screenshots."I had the idea to make a 'dream concept' video of what RE2 Remake could look like with the classic fixed camera angle aesthetic," Lee explains.

"I manually compose a scene with @jim2point0's free camera, run the character through it while recording, move to the next area, and so forth, and finally splice all the footage together. A painstaking process..."

Unfortunately, proof of concept is all it can be. "The entire aiming system would need to be replaced with the more simple automatic aiming system à la the remake of the original Resident Evil, along with tank controls and/or the alternate 'free run' control scheme offered in those games.﻿"

"Another issue is the near pitch black lighting in areas designed with over the shoulder view and flashlight in mind. Much of the environmental detail simply wouldn't be visible in fixed angle, so you'd have to add more light sources to make it both aesthetically pleasing and practical to play."

So why do this in the first place? OG Resi 2's still out there, after all. "Some of the negative comments I read about fixed camera angle say it's an inferior, impractical way to play Resident Evil in 2019. Many claim it's just nostalgia, but fans of my concept videos have stated this makes the game even scarier, more ominous, gives a greater sense of scale and scope, and really brings out the beauty in the environments."

"I do not want to sound like I am dismissing RE2 Remake's over-the-shoulder view either, as I feel it is definitely more accessible and has its own advantages over fixed camera angles. In other words, they both have their own place in the Resident Evil world. Why not both?"

Unless someone manages to rework the aiming and lighting system, the closest we're going to get to making Resident Evil 2 '19 look like Resident Evil 2 '98 is dropping the resolution to 640x480, turning off anti-aliasing and installing the original version soundtrack DLC. VGA vision looks surprisingly great, mind you: 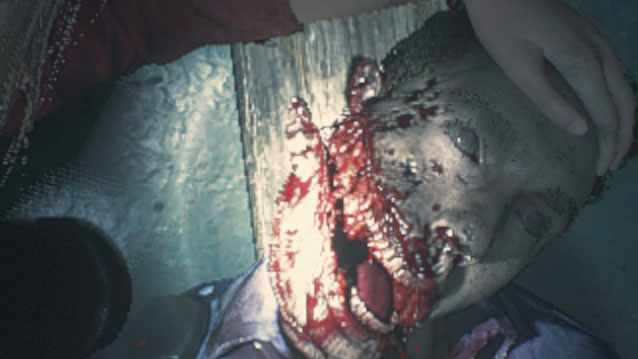 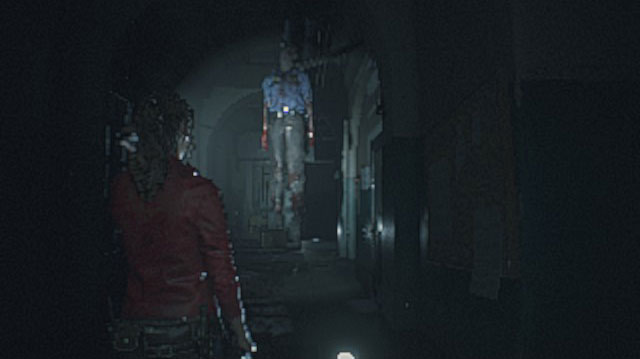