The Resident Evil 2 remake is a blood-soaked good 'un. The infested police station and sewers of Raccoon City have been recreated to bring the 1998 zombie romcom kicking and biting into the present day. Among other polishes, it gets rid of those dated fixed camera angles. The good Capcom boys and girls have given us an over-the-shoulder camera while injecting their survival horror classic with new life. Excellent.

Actually, sod that. Would you not rather play it in first-person mode?

Good news for you. This mod lets you do that. The RE2 Mod Framework is made by a modder called “praydog” and was shown in this video by a fan. It basically snaps the camera to a joint in your character’s body. Which means you still get to see your arms and legs flailing all over the place. The best kind of first-person perspective. 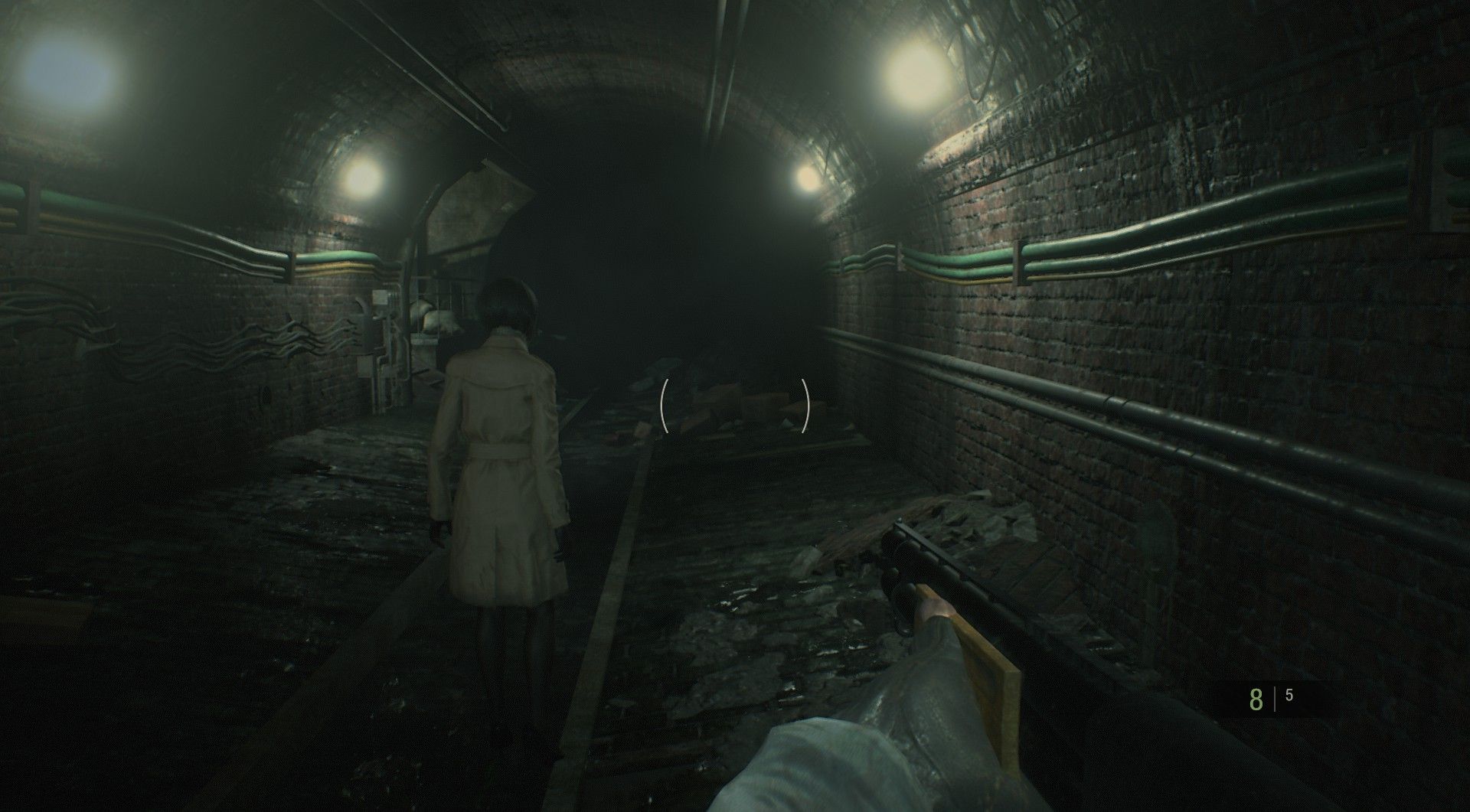 Installing it involves downloading a DLL file and pasting that into the game’s root directory on your PC. Then you unpack all the other codey spaghetti from Github into the same root directory and run the “install_vs2017” file. Next time you launch the game, you’ll see a menu box that lets you select first-person mode (it also lets you get rid of the shadowy "vignette" effect around the edges of the screens, if you’re not into that). Now, you should see everything in first person. Cool.

I’ve had a go and it is both scary and weirdly comforting, since the mood immediately summoned by first-person gun-holding is to sprint through blasting everything. This is a shooter, right? You’re invincible. Then you come across a licker. 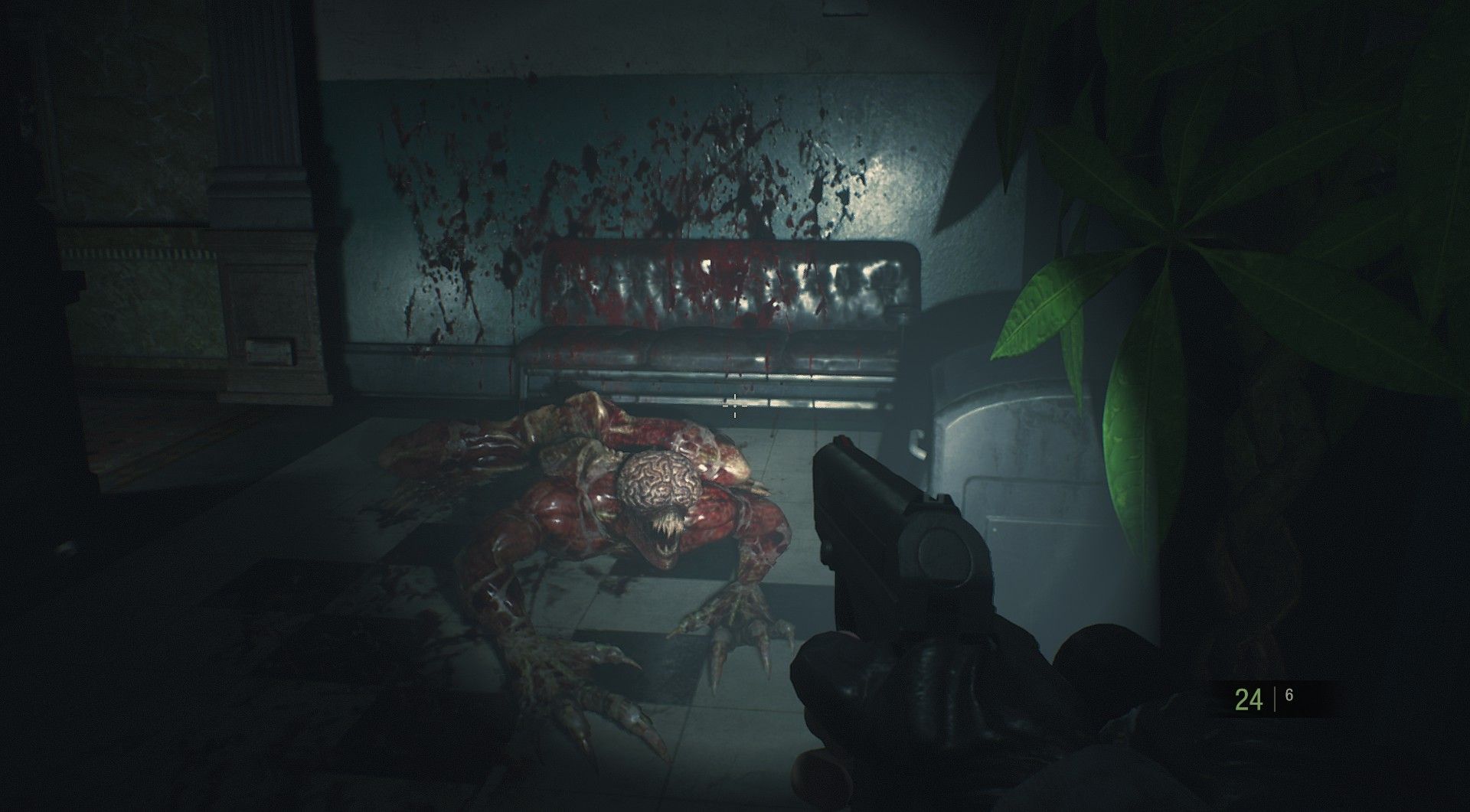 You're not invincible. Here’s another good thing though: if you’re grabbed by a zombo, the camera still pulls away and shows you the usual third-person animations. Then it snaps back once you’ve freed yourself. Other sequences (eg. a certain homage to Crash Bandicoot) also happen in this temporary third-person mode, which is good. 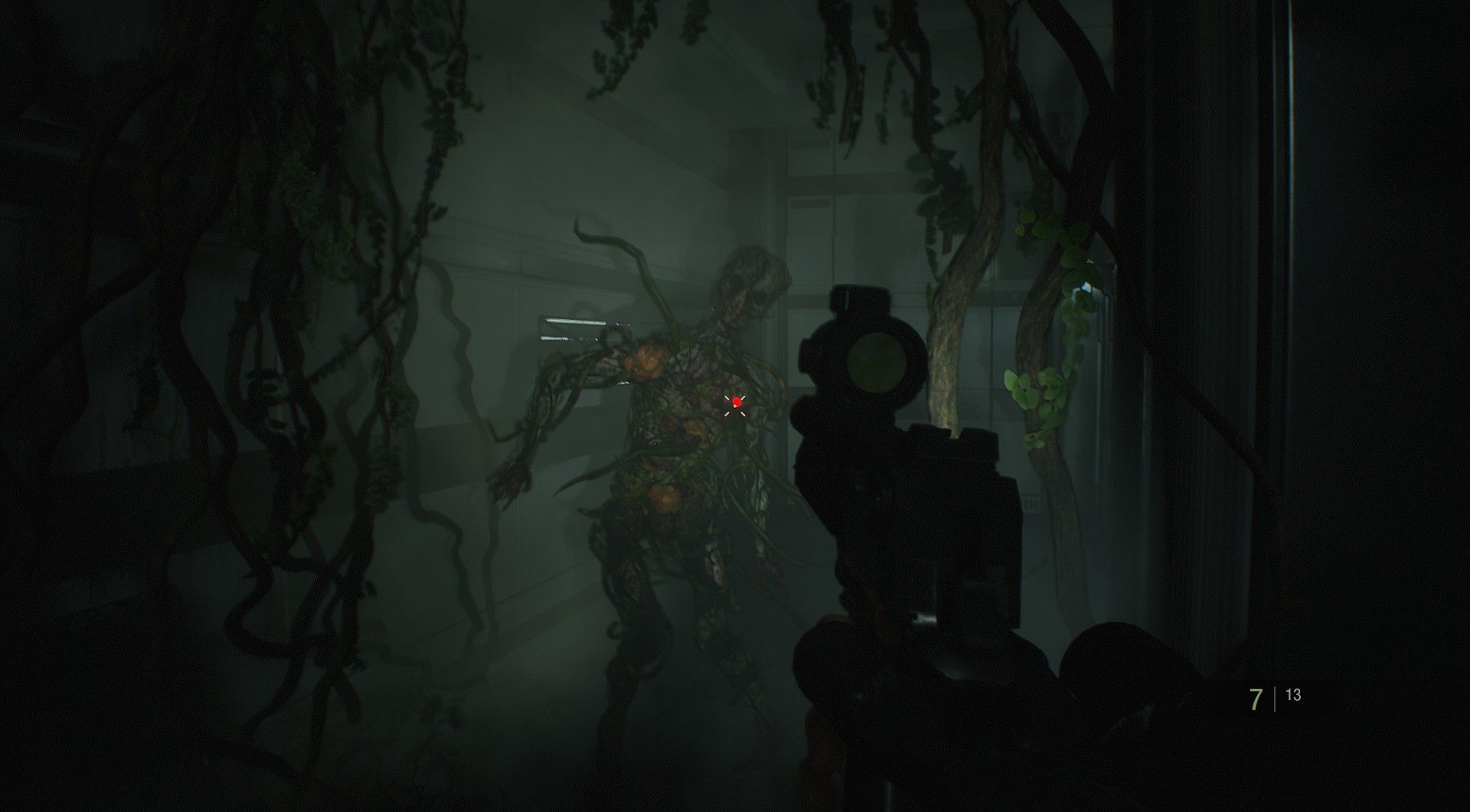