A free content update is coming next week to the silly online swashbuckling game Sea Of Thieves. As a precursor, Rare have released a developer update video explaining one community-focused addition. The Legends Of The Sea update will give more prominence to easter eggs already present in the game to immortalize certain players.

In the first part of the developer update below, executive producer Joe Neate explains just a bit about the new quests Rare will be sending players on. Rare have previously added easter eggs to Sea Of Thieves referencing the exploits of well-known players. In the past, these homages have just been neat things for other pirates to stumble upon: paintings, carvings in wood, and other environmental oddities.

Now, Rare will be adding an NPC to the game named Umbra who will send you off to look for these special additions. For finding them, you'll earn new commendations and tattoos that you can add to your pirate referencing these same players and events.

Rare do community spotlight posts on their site relatively often so Neate says this is their way of making legendary players "a more formal part of the game."

There's a list on the Sea Of Thieves wiki of known easter eggs referencing players and—wait, what? One of my friends is on this list and I kid you not this is the first I'm hearing of it. Look at this. Look at this graffiti that apparently references my friend and their crew "defeating an active Skeleton Fort only using Snakes." 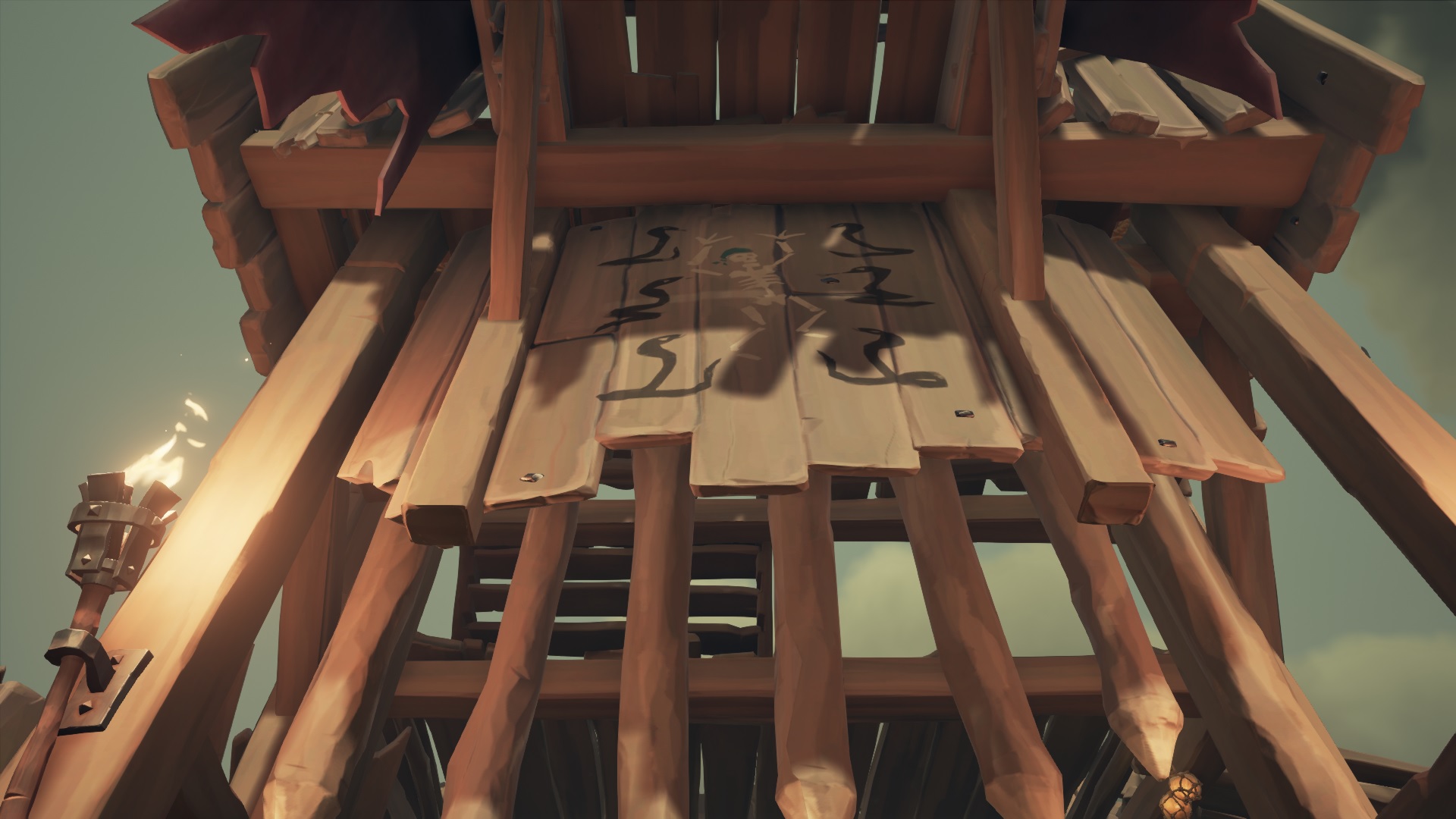 I'm going back to Sea Of Thieves purely in hopes that I can get a tattoo of my friend's epic snake journey on my pirate.

Before I do that though, I suppose I should tell you that Rare are also adding a couple freebies to Sea Of Thieves to celebrate having 10 million players since its launch in 2018. If you log in to the game between January 15th and 22nd you can claim a free new sail and emote to mark the occasion.

The Legends Of The Sea update will be free for all players next week on January 15th. You can grab Sea Of Thieves on the Microsoft Store for £40/$50 or play it as part of the Xbox Game Pass for PC which you can still nab for £1/$1.