It didn't take long for tinkerers to roll up their sleeves, dive into the technoguts of Sekiro: Shadows Die Twice, and reemerge saying "Oh dear oh dear, what cowboy did that?" Modders have already rejigged the guts to allow wider field-of-view options, change the framerate cap, and display correct button prompts for PlayStation controllers. 'For funsies' mods are also rolling, like replacing 3D models and we could soon see mods adding new enemies. We can be only days away from someone replicating the mods turning Dark Souls into a pizzahell.

Many current mods (and surely many more future mods) build upon the Sekiro Mod Engine, which creator "Katalash" explains "supports any mod that relies on file edits including cosmetic, texture, parameter, and map mods." Which means, for starters, Sekiro can join the list of FromSoftware games with honking great Moonlight swords thanks to models borrowed from Dark Souls 3 and Bloodborne to replace the katana. 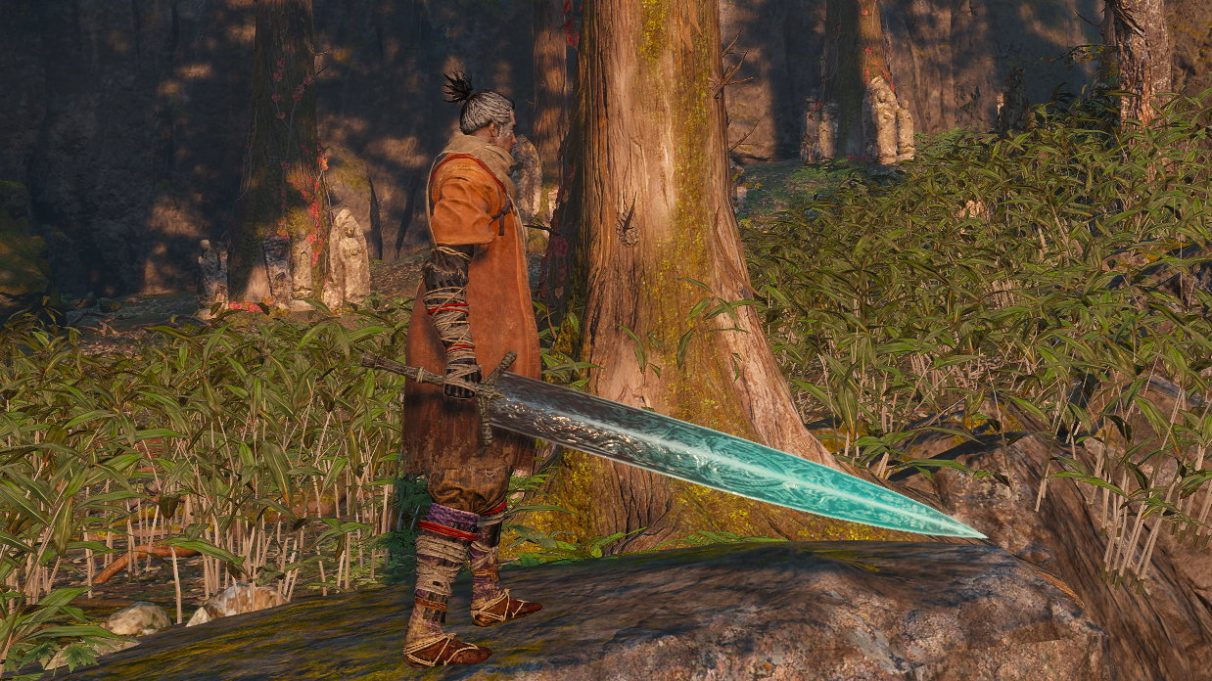 Folks with PlayStation controllers can make the game use correct button prompts, drawing out assets already in the game's files but unused on PC right now. And joke mods are already rolling. You can now replace the death message with the Chinese slang for 'newbie', because reasons. But which monster will be the first to receive a nude mod?

As for more technical doodads, this tool by "uberhalit" lets you unlock the framerate, widen the FoV, use custom resolutions, and more.

I'm glad modders are already figuring out how to fiddle with Sekiro. Sure sure, mods improving technical aspects have been very welcome in PC ports of From games, but mods have also given them a new lease of life. Consider the Dark Souls Randomizer, which shuffles the location of items so you can't rely on memorised runs, leading to more makeshift plans and loadouts and uncertain exploring even if you know the game inside-out.

Brendan is currently stabbing away to tell us all wot he thinks of FromSoftware's latest stab 'em up, which he should be ready for within a few days. Matthew and Brendan have chatted about initial impressions on the podcast, at least. Our boy Dave is working on a Sekiro: Shadows Die Twice guide too, while Katharine has poked at performance. The video crew have been all over it too.